Riviera recognises the incredible efforts of its R Marine network at its annual Dealer Awards.

The 2019 Riviera Australian and New Zealand Dealer Awards saw R Marine dealerships across three states and two countries honoured for their outstanding commitment to excellence in service and sales.

Receiving the Riviera Dealership of the Year and Service Excellence by a Dealership Awards for 2019. 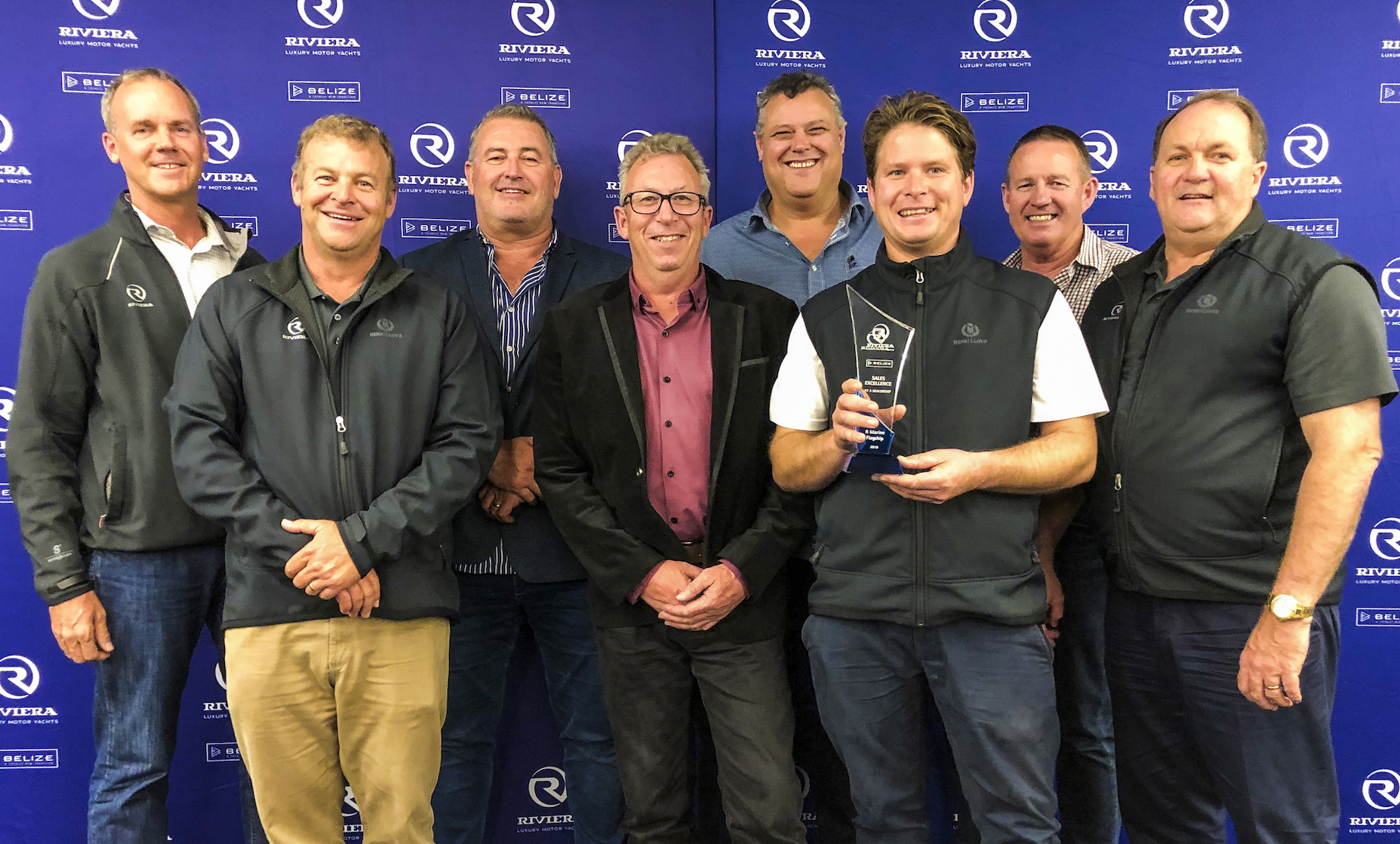 Receiving the Riviera Sales Excellence by a Dealership Award for 2019. 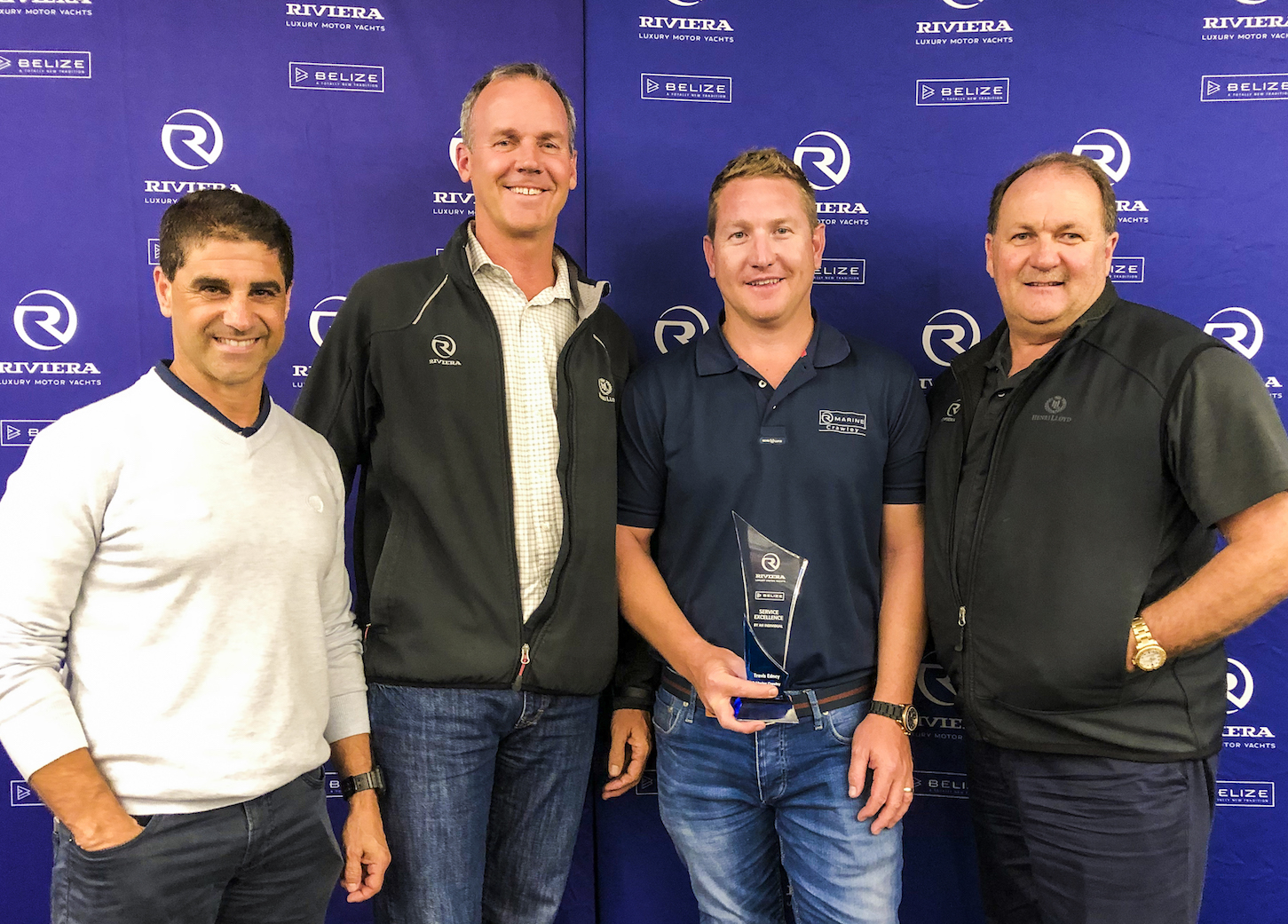 Receiving the Riviera Service Excellence by an Individual Award for 2019. 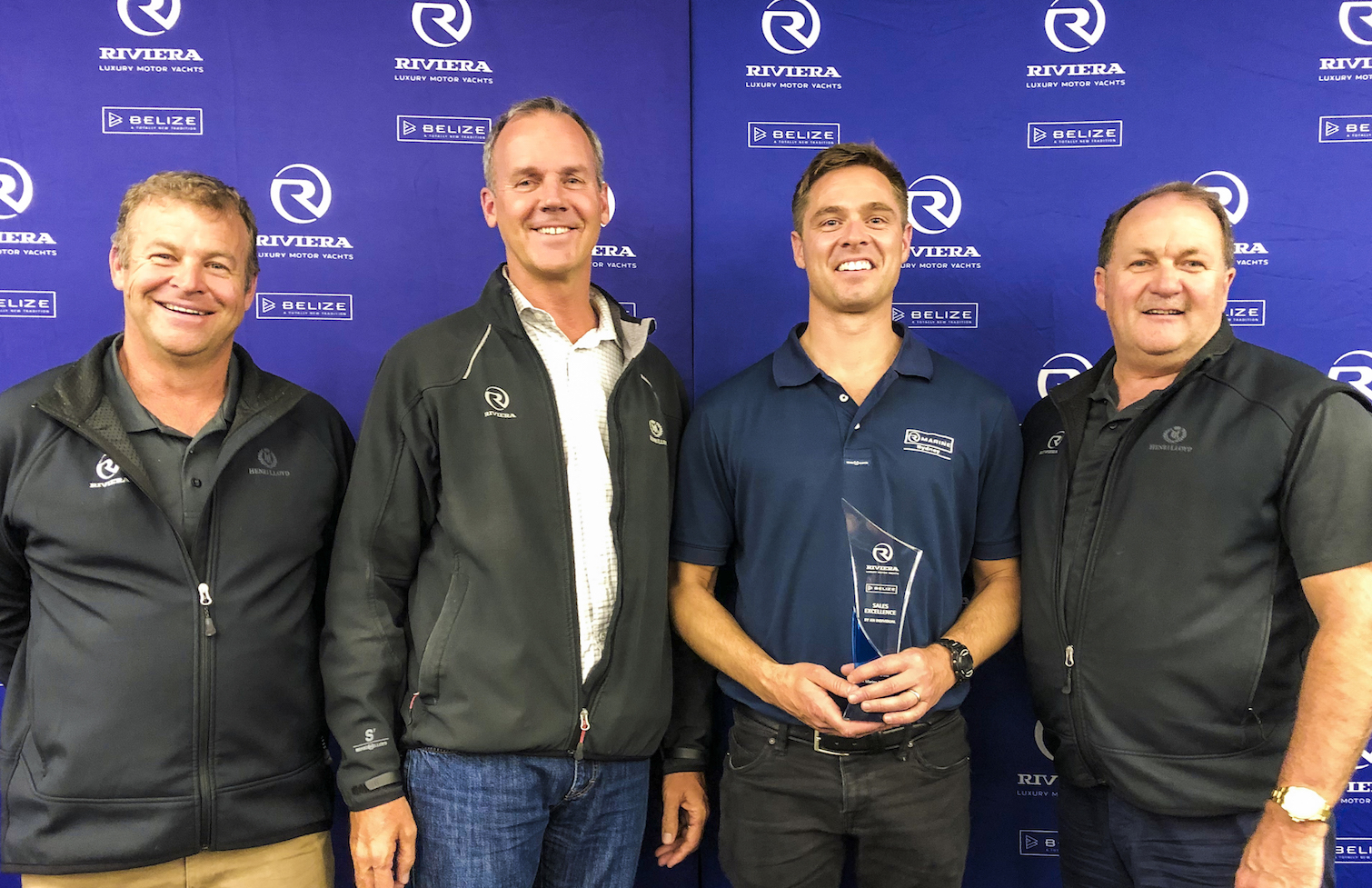 Receiving the Riviera Sales Excellence by an Individual Award for 2019.

“Riviera has a proud 39-year heritage of refining what is today one the world’s leading luxury motor yachts and the specialists at all R Marine dealerships ensure our new boat owners receive the outstanding customer service and ongoing technical care they deserve,” he said.

“With customer feedback a crucial criterium in many of the awards, it’s a credit to the recipients that they have been recognised by the most important judges we have when it comes to quality and service – our boat owners.

“Across the R Marine network, a team of more than 50 field service staff, a fleet of more than 30 mobile service vehicles and a combined 650 years of Riviera knowledge supports our owners daily.

“In addition, our leading network offers our owners more than 80 individual boating, educational and fun-filled social events each year in Australia and New Zealand  – empowering a greater understanding and enjoyment of boating whilst enhancing the unique essence of the Riviera family of boat owners.”

“The men and women who make up our R Marine dealer network are the ultimate marine professionals.”