The Australian SailGP Team delivered an epic comeback to be crowned champions of Chicago SailGP.

Tom Slingsby has proven why Australians are known for their fighting spirit, making an unbelievable comeback in the fleet racing to just qualify in the final and win the T-Mobile Chicago Sail Grand Prix at Navy Pier.

After coming dead last in the fourth fleet race, the Australian’s needed to win the fifth and final fleet race against all nine teams to secure their place in the podium race.

In a comeback no one saw coming, Slingsby’s crew dominated the final fleet race, taking first place and just making the podium race against Great Britain and Canada.

“We came dead last in that fourth fleet race and I thought our chance of making it into the podium race was impossible and our winning streak had come to an end,” said Slingsby.

“We were ready to suck it up but we somehow managed to turn it around for that fifth fleet race and just make it to the podium race. I can only imagine how frustrated the other teams are at how we snuck into that final race and were able to clinch the win, but our job as a team is to win these events.” 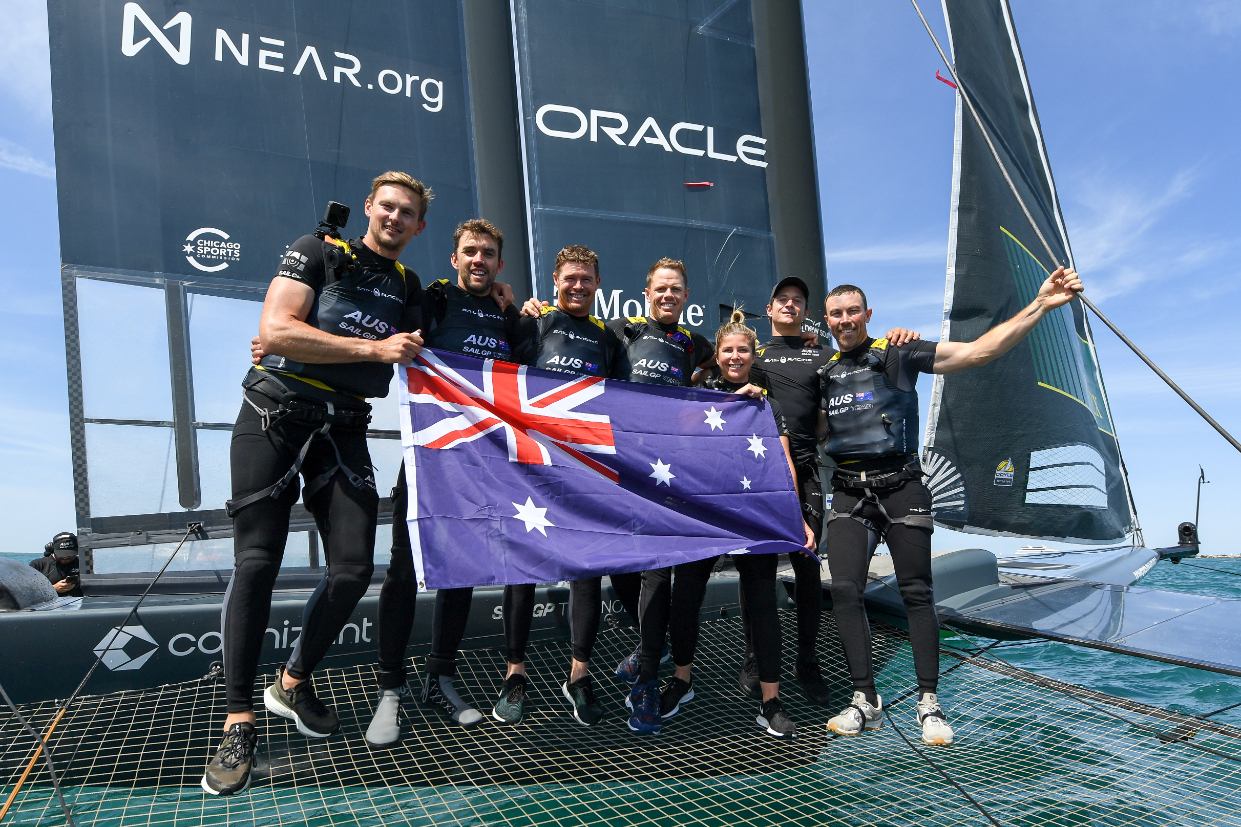 The Australian SailGP team celebrating their win after the nail-biting race in Chicago. 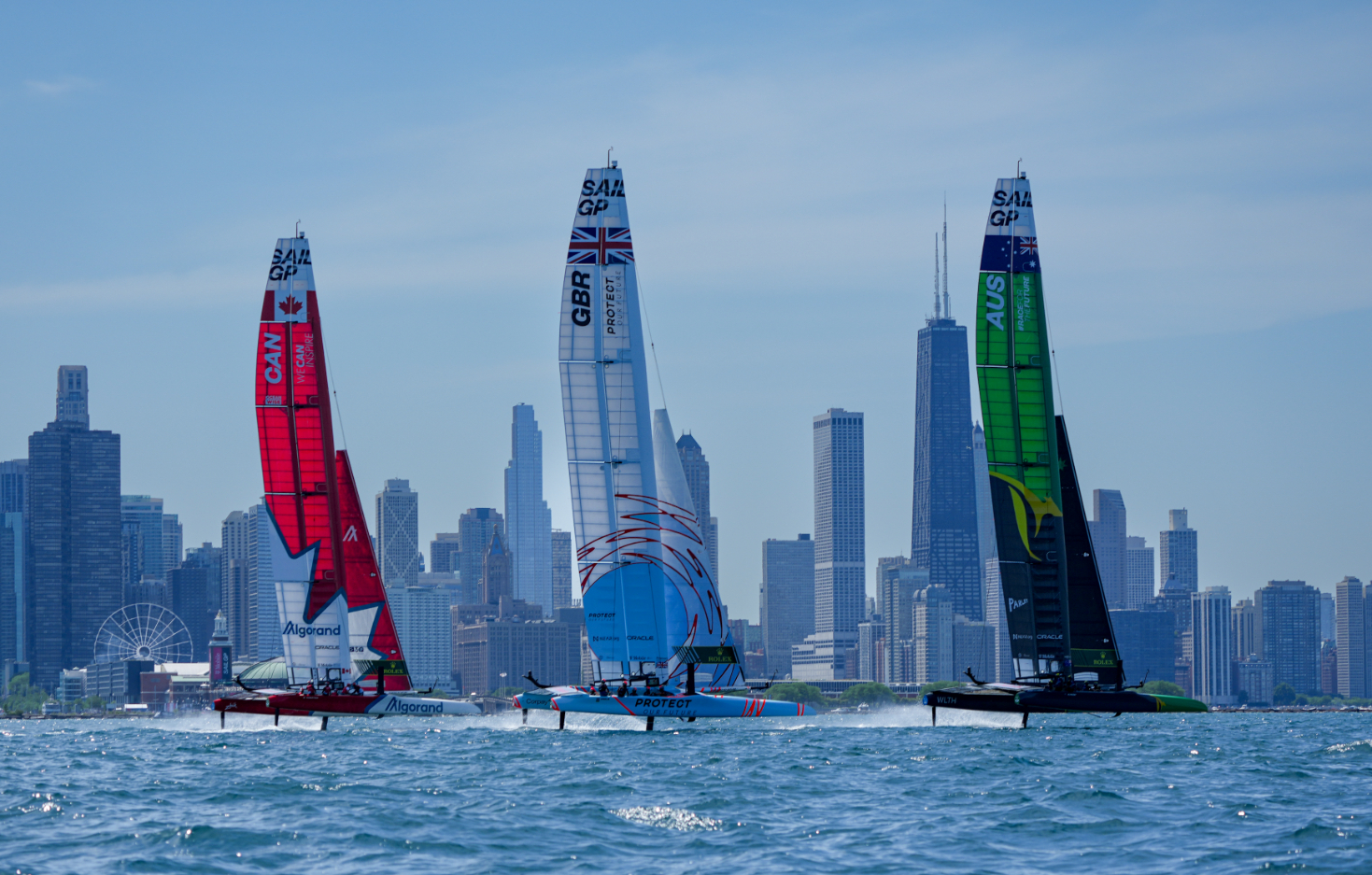 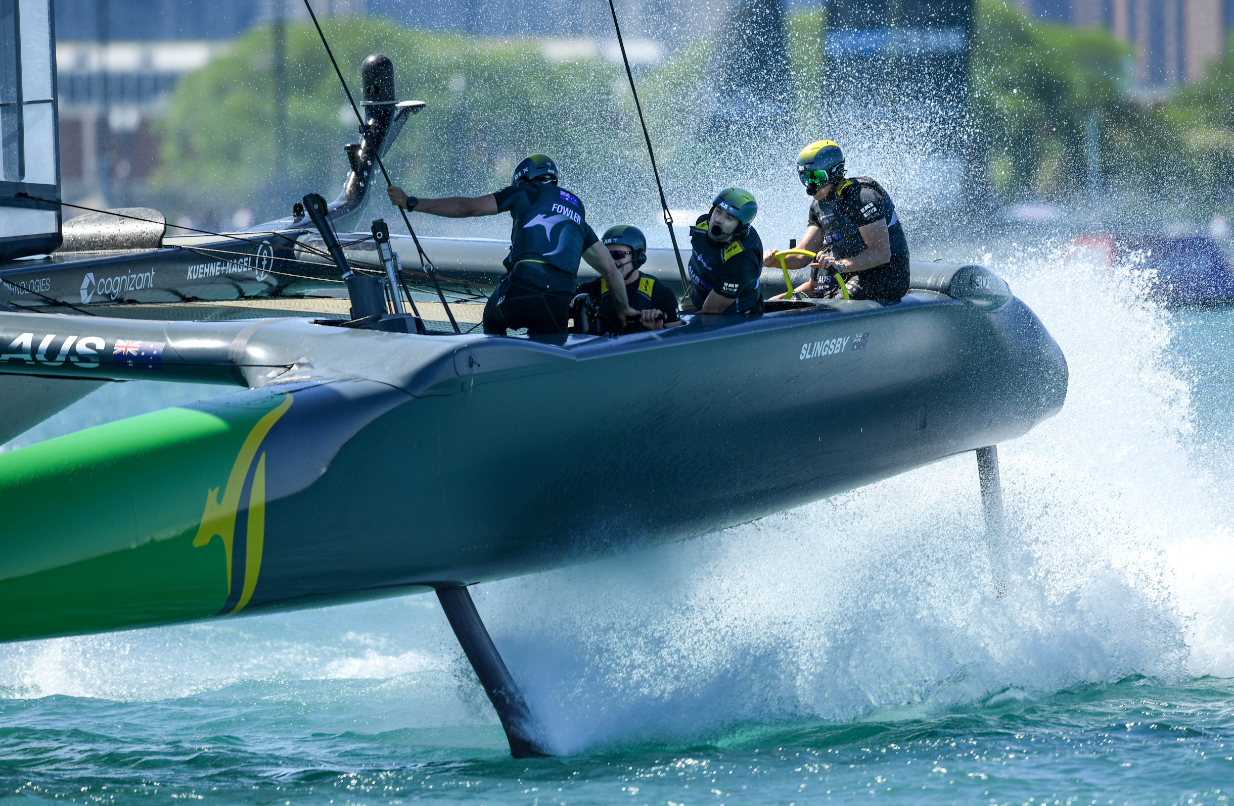 The Aussies battled it out on the water, fighting for their spot in the podium race. 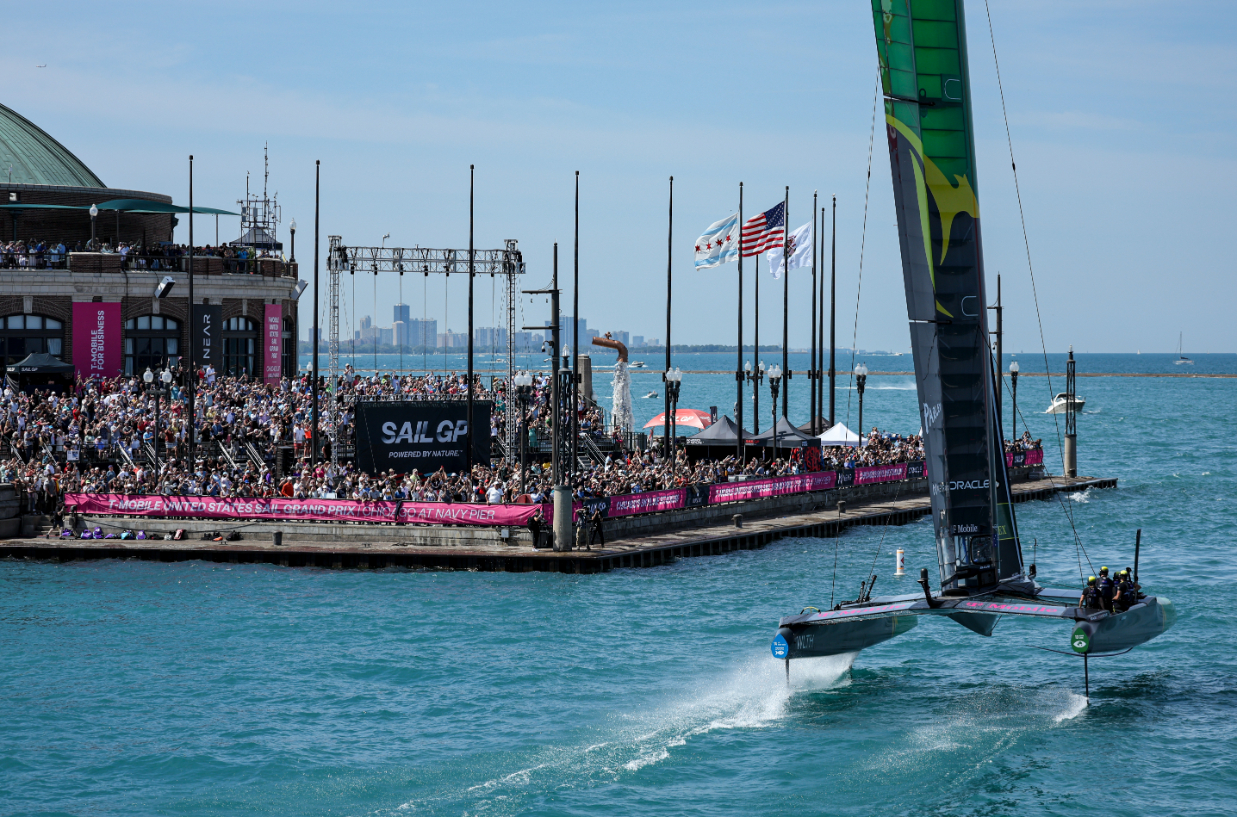 Aussies finish their masterclass of racing in front of Chicago’s skyline stadium.

Australia began their faultless performance in the podium race by executing a perfect start and forcing Great Britain and Canada to follow from the get-go, leaving them free to finish their masterclass of racing in front of Chicago’s skyline stadium.

“We were able to accelerate well at the start line and let Great Britain and Canada fight it out whilst we got away cleanly,” added Slingsby.

“You get more space in the final race and clear air so you can use your boat speed and tactics more. Once we get into that scenario, we feel confident.

“We feel we are fast, can pick the wind well, start and accelerate well. I just know my team is unbelievable under pressure and we keep proving that.”

The Australian Team’s results also converted into driving real impact to help protect the ocean, through its innovative partnership with WLTH.

Based on WLTH’s commitment, Australia’s performance across the event equated to 2,700 square metres of beach and coastline to be cleaned up by Parley for the Oceans – a phenomenal contribution.

This week SailGP also announced that together with the New South Wales Government, Sydney has secured the rights to host the most exciting racing on-water, SailGP, for three consecutive seasons.

The championship will return to the iconic Sydney Harbour on 18 and 19 February 2023, in the ninth event of SailGP Season 3.

The win in Chicago puts the Australian Team at the top of the leader board going into the third event of SailGP Season 3, which will take place in Plymouth, UK, on 30 and 31 July 2022.