This ambitious project is the product of design firm, Studio Bacigalupo, while the interiors are by Studio Vafiadis, with Imperial acting as Owner’s representative, construction supervisor and manager during construction and after delivery.

Julia Stewart, Imperial Director, said: “Imperial is proud to launch the very first custom-made 50-metre CCN superyacht in strong collaboration with the yard, helping them to upgrade their capacities and reaching a new level in high-end creation.

“Imperial’s team was actively involved in the project with the yard, and we thank CCN for their efforts to maintain the build process on very high standards.”

The aluminium semi-planning hull signifies another step forward in CCN’s construction technique. For the first time the shipyard embarked upon the construction of a large fully-custom megayacht relying on a management that has gained great expertise in important Italian shipyards and on a highly qualified and specially selected labor force. CCN CEO, Diego Deprati, said at the launch: “I am particularly proud today. Elsea was an important challenge for us as it opens to the shipyard new course.

“It is the first one-of-a-kind motor yacht which marks CCN’s debut in the world of ‘Fuoriserie’ world-class bespoke projects – unique masterpieces that respond to the customers’ requirement for full customisation. It further highlights our great versatility and its ability to meet the most diverse needs.”

The new yacht has an aggressive, slender profile and can ensure an outstanding maximum speed of 27 knots and cruising speed of 18 knots thanks to the three MTU engines 16V2000M94.

The layout reserves large areas for socialising, both on the main deck – where the living and dining areas, as well as the full-beam master cabin, are situated – and on the upper deck, which is entirely devoted to life in the open air.

Onboard there are five comfortable cabins along with a very spacious private owner’s cabin. The interiors are intended to be a tribute to the fine “deco” design developed with a modern touch. Reflecting surfaces and precious exotic woods, together with many stainless steel details underline the bold shapes and create a charming contrast between materials. 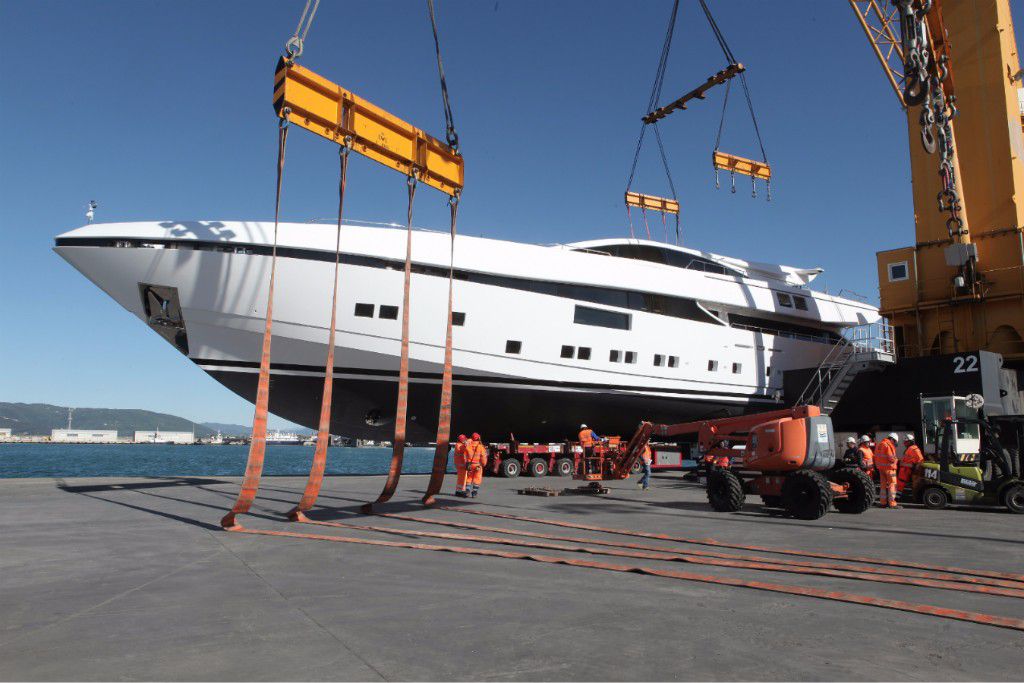 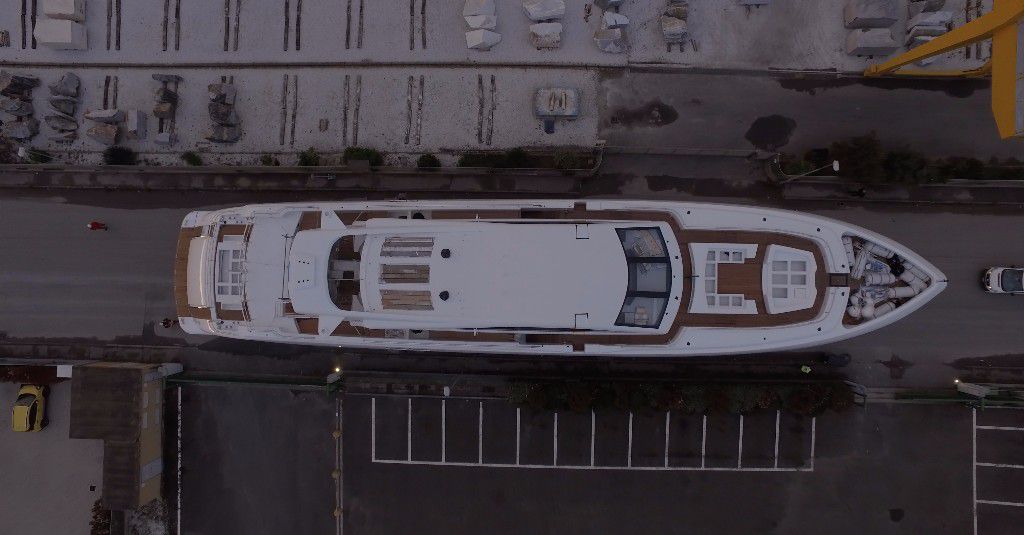 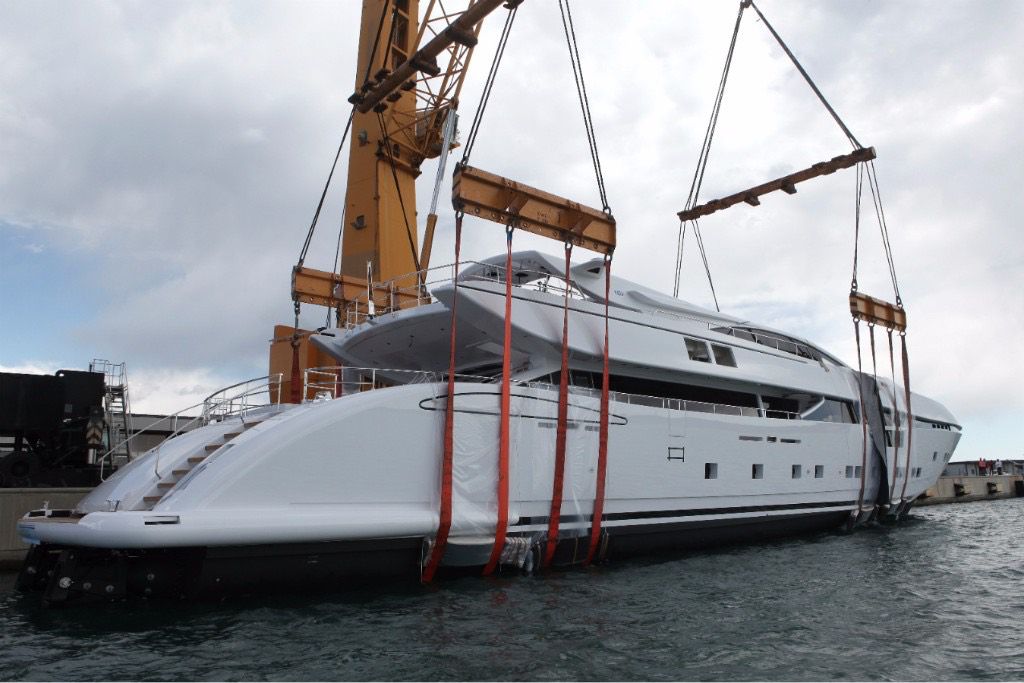 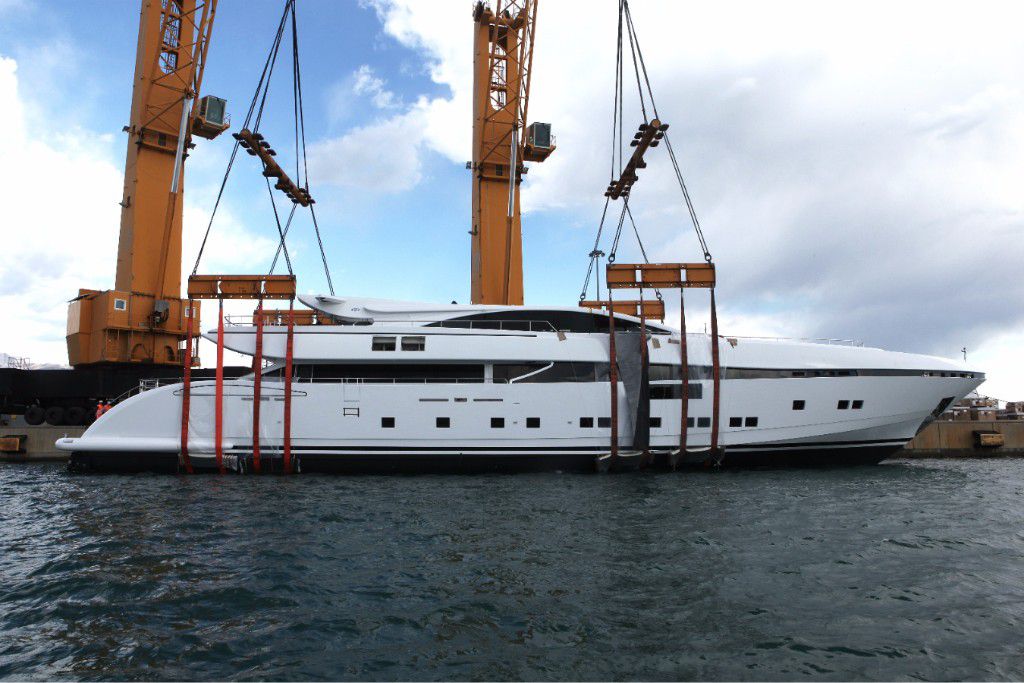 Elsea has a fresh and outdoor oriented essence that gives the mega yacht an informal, but sophisticated allure.

The style echoes the Mediterranean, with the external saloons and Beach Club taking inspiration from the French Riviera, while the audio system resonates with the sounds of the cool clubs of Ibiza.

Beyond the upper saloon there is an external area that functions as a party lounge with a central Jacuzzi decorated with mosaics. A collection of sunbeds and seating areas surround the pool to designed to create a relaxing environment.