Go over the seas right here in Australia and explore some of the best accommodation and experiences Tasmania has to offer.

While we may not be travelling long haul until 2021, there is one destination that is not off-limits for overseas travel – Tasmania.

Here are some suggestions for a self-drive itinerary to indulge your passions, whether that is sampling wine and food, setting off on an adventure in nature or staying in at boutique-style luxury accommodation or a combination of many.

Novo Luxury Apartment is a newly renovated three-bedroom apartment boasting an uninterrupted view of Bass Strait from the first floor of a 1912 heritage-listed property. Set in the coastal town of Penguin on Tasmania’s north-west coast, you can stock up on local produce from the Cradle to Coast Tasting Trail.

The apartment features exposed brick walls and tiles, contemporary artwork, natural timbers and luxe furnishings by homeware emporium Cocoon Designs. Downstairs sleeps up to eight with the living and dining areas opening onto a spacious deck with 180-degree ocean views. 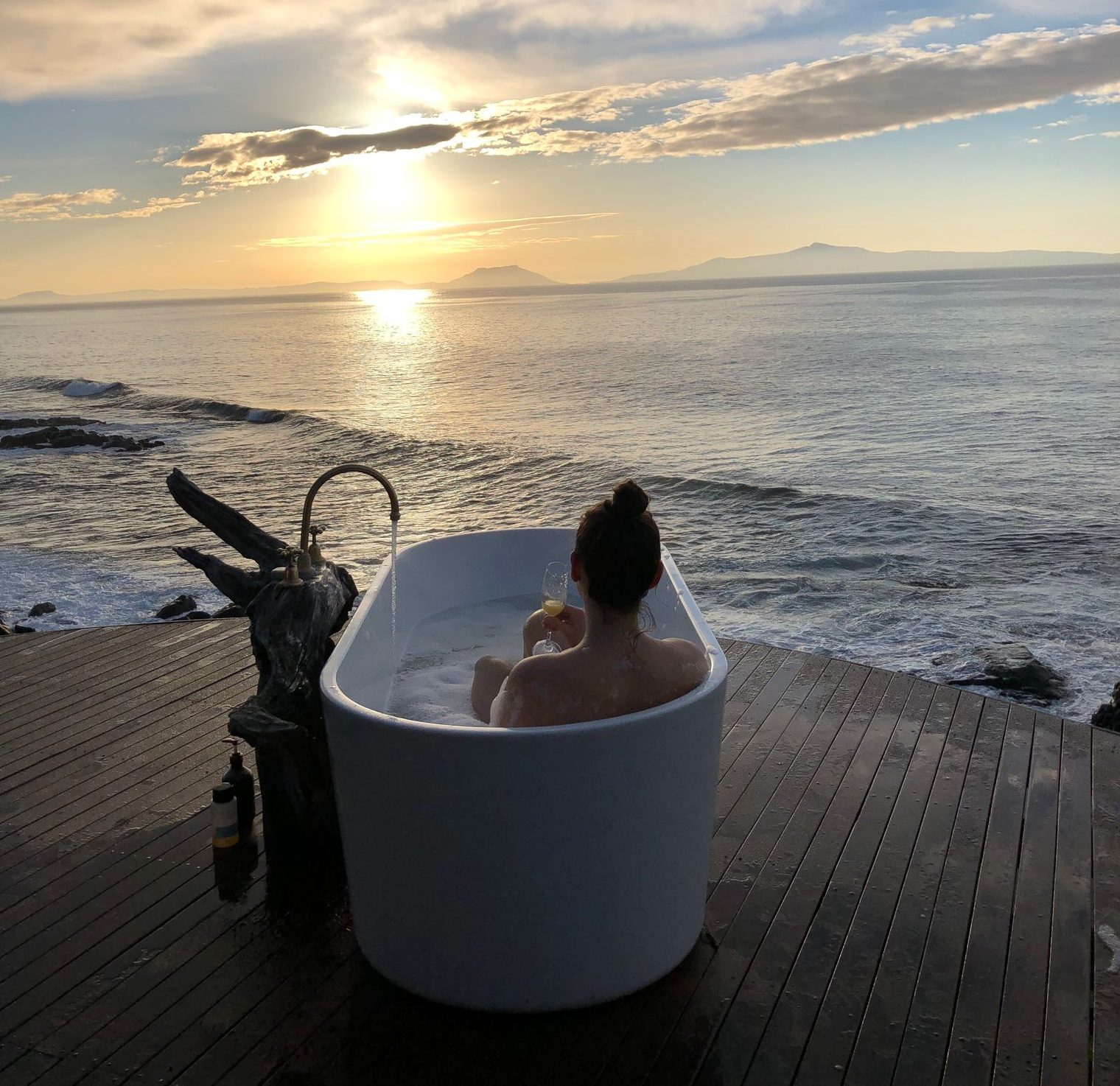 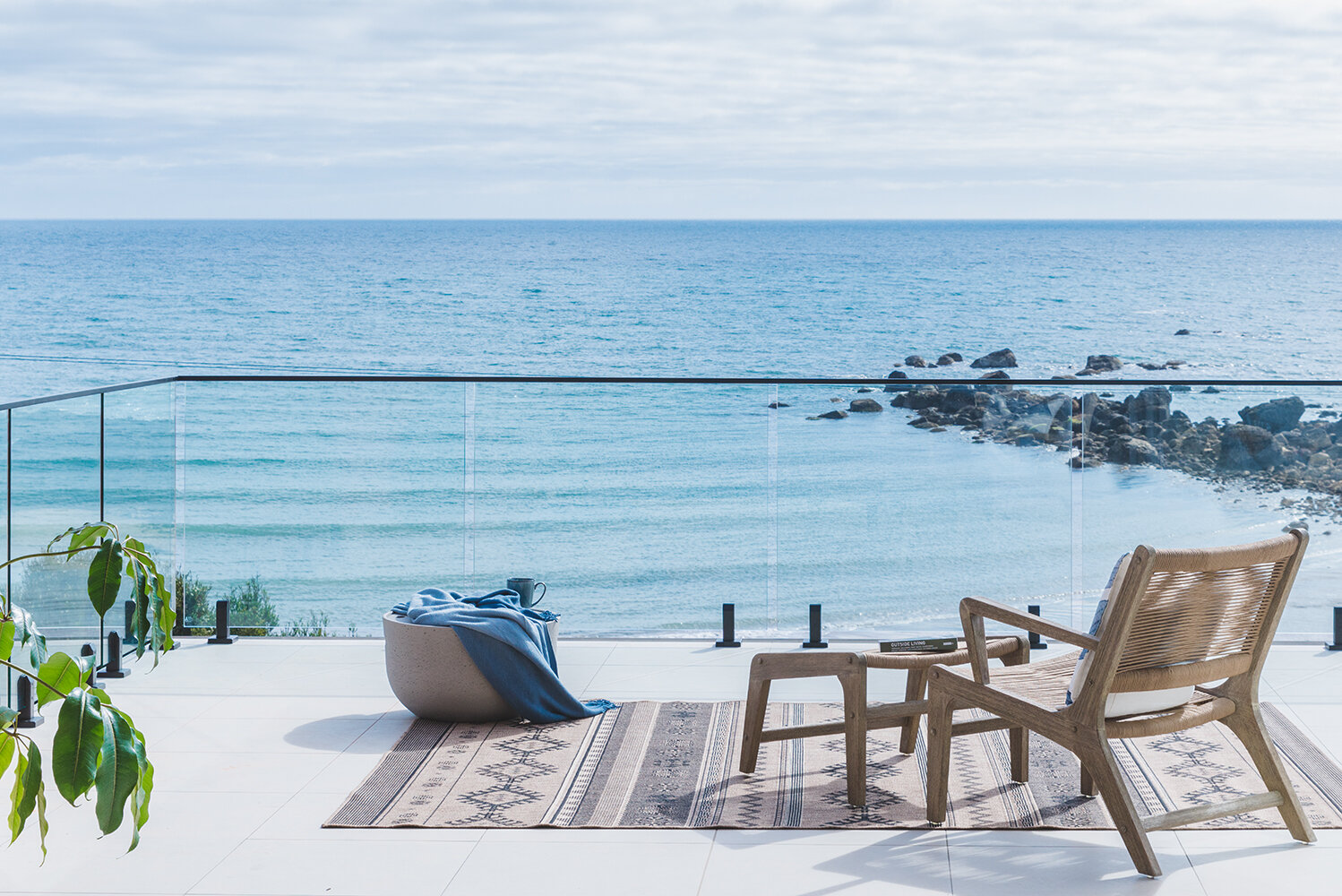 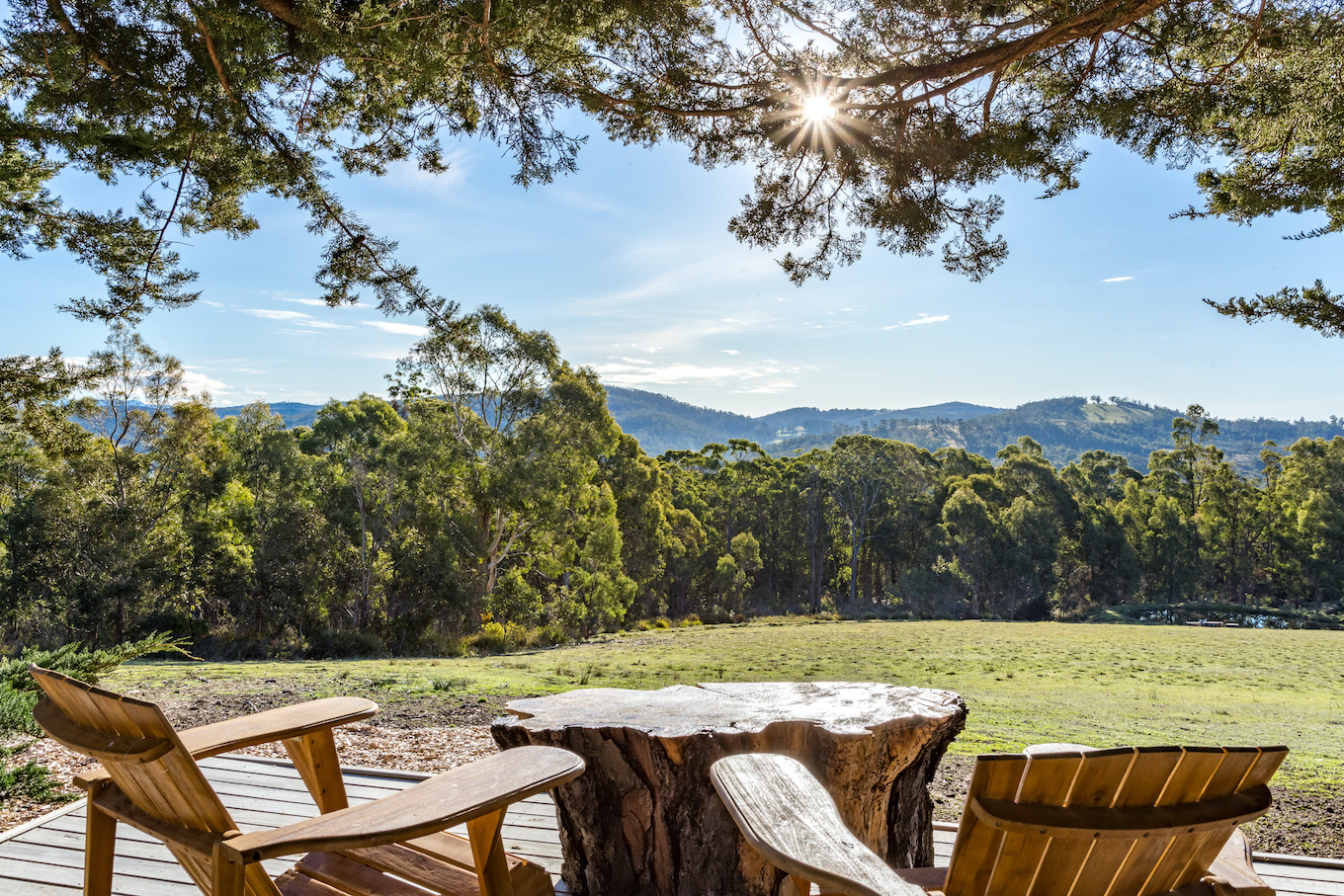 Open view at the Peninsula.

Imagine the scene: a retreat set on a private peninsula surrounded by the clear waters of Great Oyster Bay and five kilometres of secluded coastline. Gather a party of up to ten and settle into Thalia’s four stone cottages set around courtyards flanked by olive trees.

Play on the haven’s private beach or head further afield to the national parks of Freycinet and Maria Island. Pack a picnic with local produce, plot your tastings along the East Coast Wine Trail and stop for seafood dinner supplies at seafood shacks. Gather around fireplaces in shared living areas or star-gaze from the show-stopping outdoor tub.

In a sheltered pocket of D’Entrecasteaux Channel in southern Tasmania, Satellite Island is a special kind of luxury. Assemble a group of up to 12 buddies and vie to sleep in the three-bedroom beach house, the two-bedroom boathouse or a queen-size bell tent for summertime glamping.

No roads, no shops, no other guests, no wifi. Just a 34-hectare island to explore with friends, a fire pit, and a handful of wild deer.

Bring essentials but otherwise raid the pantry and spirits cupboard for local treats or head to the vegie patch. Wake to the sound of lapping waves and settle in for the end of the day with a glass of pinot by roaring fires.

This is minimalism in the sand dunes. Low Head Beach House is located on Lagoon Beach at Low Head, about 40 minutes’ drive from Launceston.

Floor-to-ceiling windows in the living area (and from a stone tub) frame uninterrupted views of the beach and historic Low Head Pilot Station, Café and Museum. The house sleeps six in three king bedrooms with bathrooms.

Guests can pre-order produce, including Tamar Valley wines, or arrange a private chef experience around the stringybark dining table. It’s a great base, too, for golfers heading to Barnbougle’s The Dunes and Lost Farm links courses just 45 minutes’ drive away.

The Granary, Cressy
Escape to the country

In a bucolic country setting near the village of Cressy, a 20-minute drive from Launceston, this convict-built stone granary from the early 1800s has been transformed into stylish self-contained accommodation, sleeping up to six.

Pick fruit from The Granary’s orchard and stroll its formal and cottage gardens flanked by old oak trees and a hazelnut grove. Or head further afield – follow the Tamar Valley Wine Trail, or hunt for antique treasures in northern Midlands country towns.

Surrounded by 250 acres of wilderness on a private peninsula in Tasmania’s far south, you and five of your besties will feel a world away while soaking up the Cape House’s peaceful surrounds and panoramic views from the D’Entrecasteaux Channel and Bruny Island in the east, and across Port Esperance Bay to the Hartz Mountains and World Heritage-listed wilderness of the south-west.

In the evenings, sip local wine handpicked by your hosts and gaze at starry skies from the outdoor hot tub.