A quick flick of wind

On Tuesday, 16 March, as the AC75 yachts of Emirates Team New Zealand (ETNZ) and Luna Ross Prada Pirelli (LRPP) were towed from their bases, there was an emotional buzz in the air. A natural response to the brassy tones of God Defend New Zealand playing overhead and the echoing calls from Italian and Kiwi supporters alike.

It could have also been the climatic anticipation over whether this was the last day of the 36th America’s Cup. A tension built over three years of hard graft, one year of COVID-19 and the high-profile characters like Dean Barker, Terry Hutchinson and Sir Ben Ainslie who have come and gone from this road.

But the 36th America’s Cup still has one more set of hearts to set on fire, and another to break with yesterday, despite the lack of a conclusive winner, being one of the most exciting races we’ve had in the America’s Cup – something this series has been abundant with. 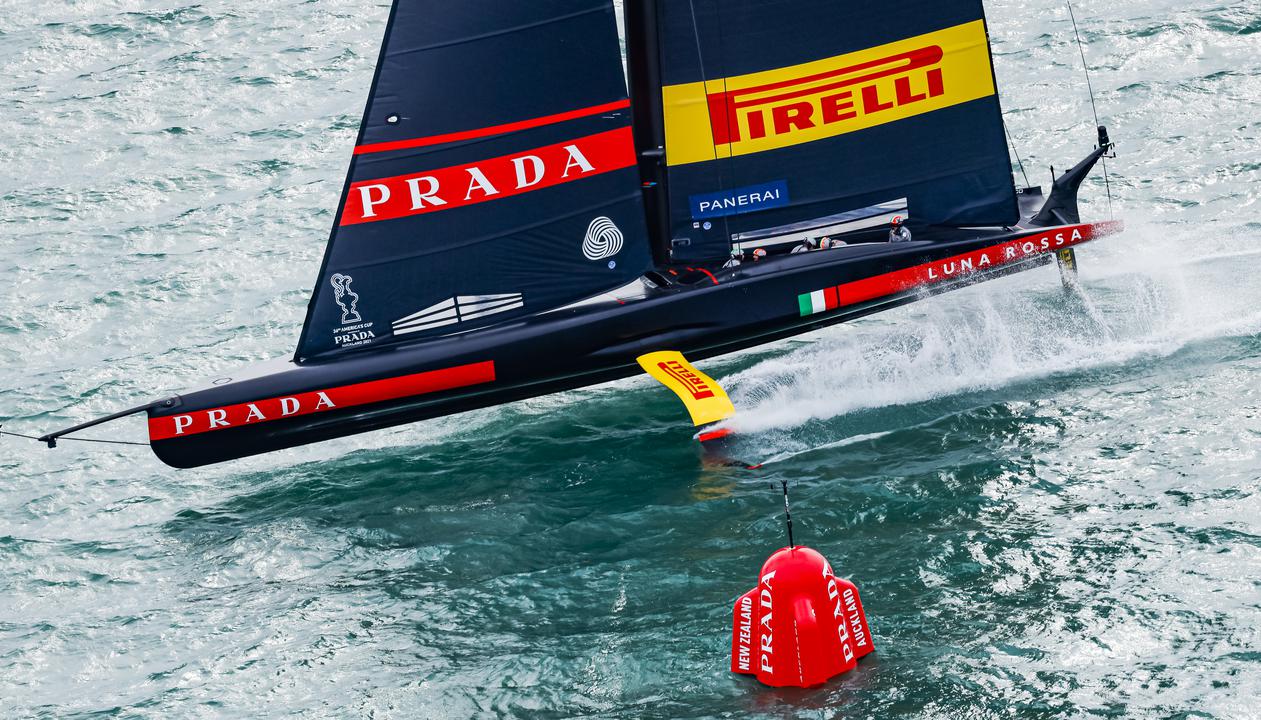 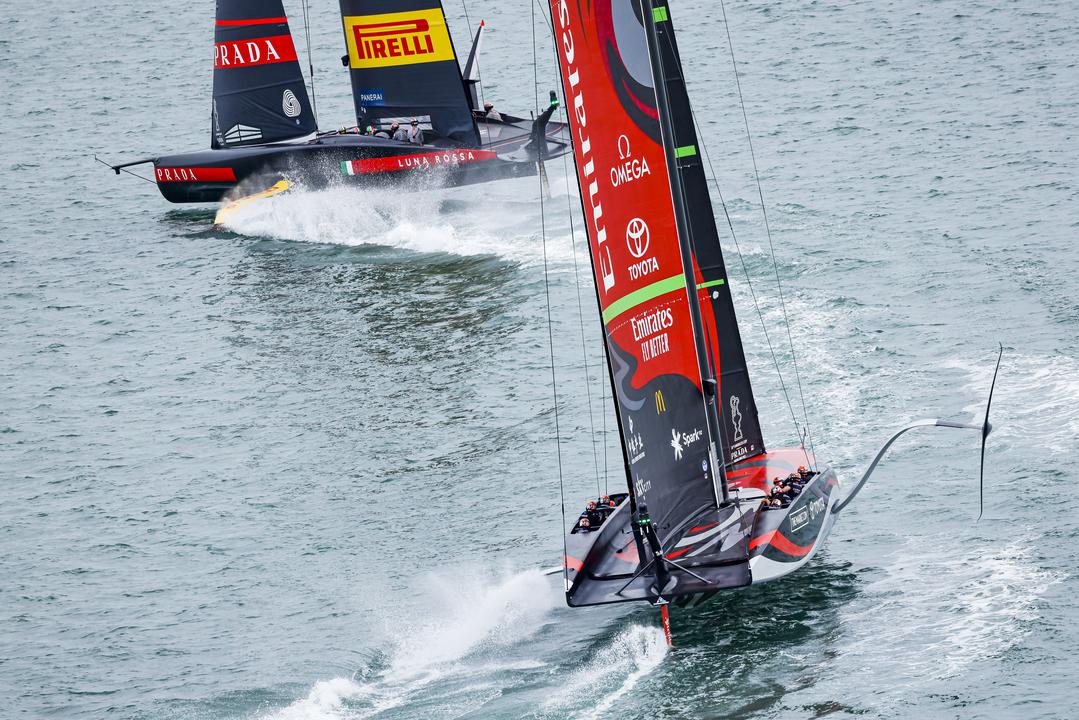 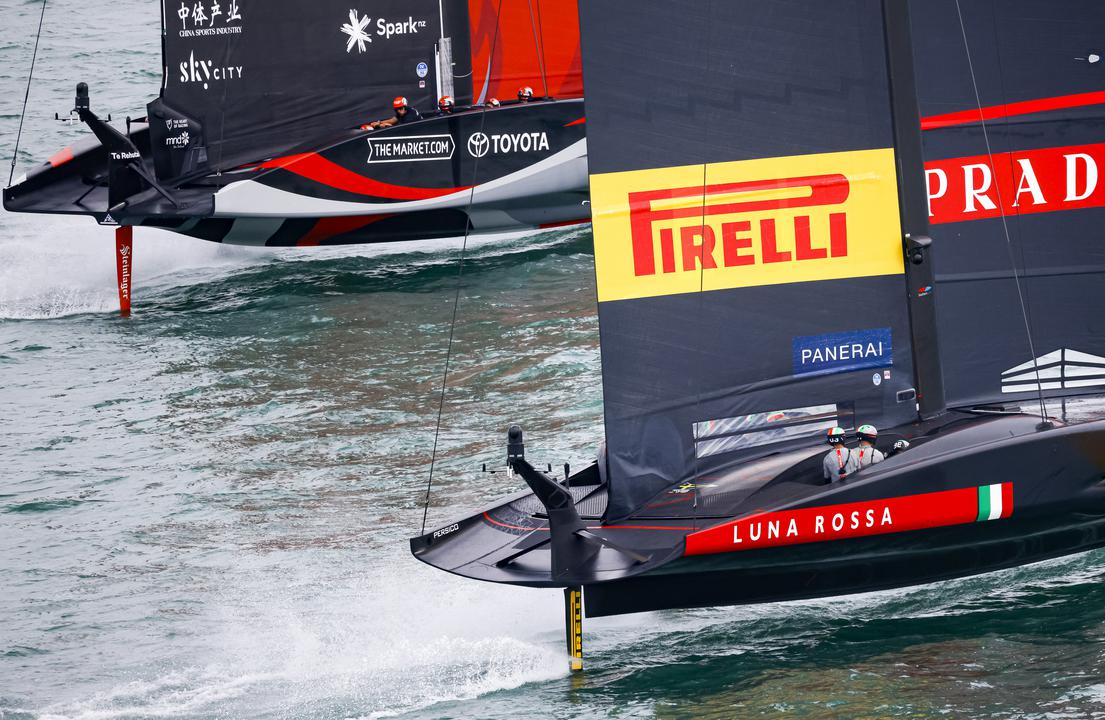 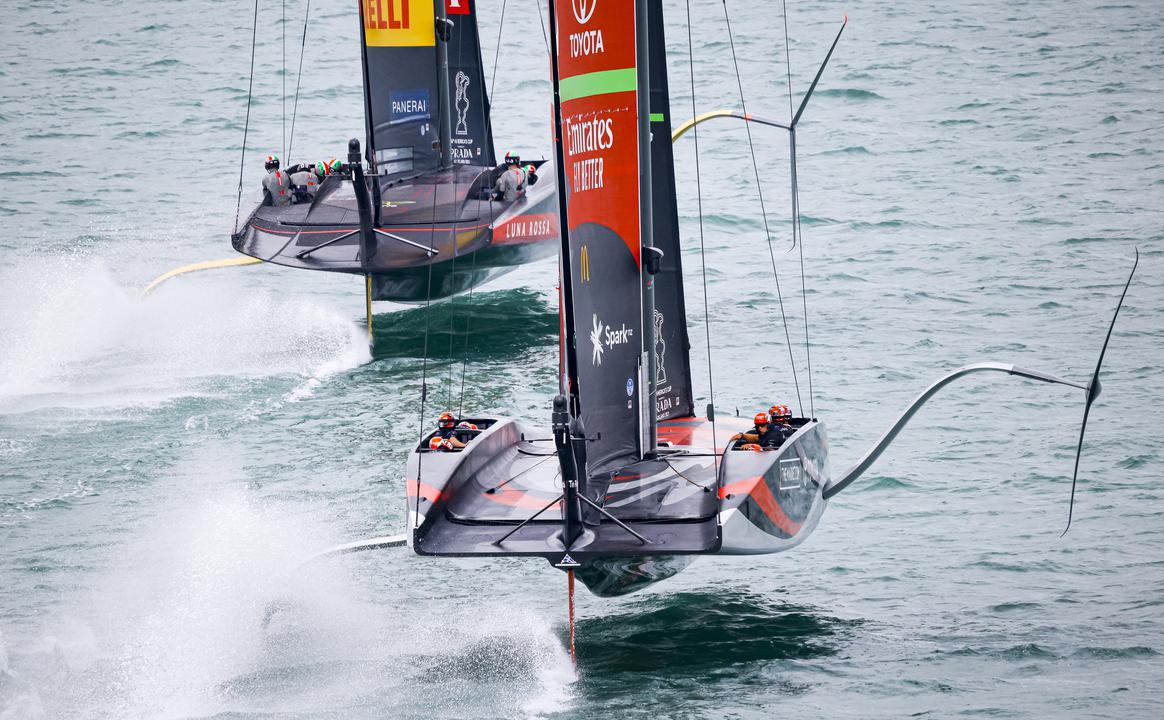 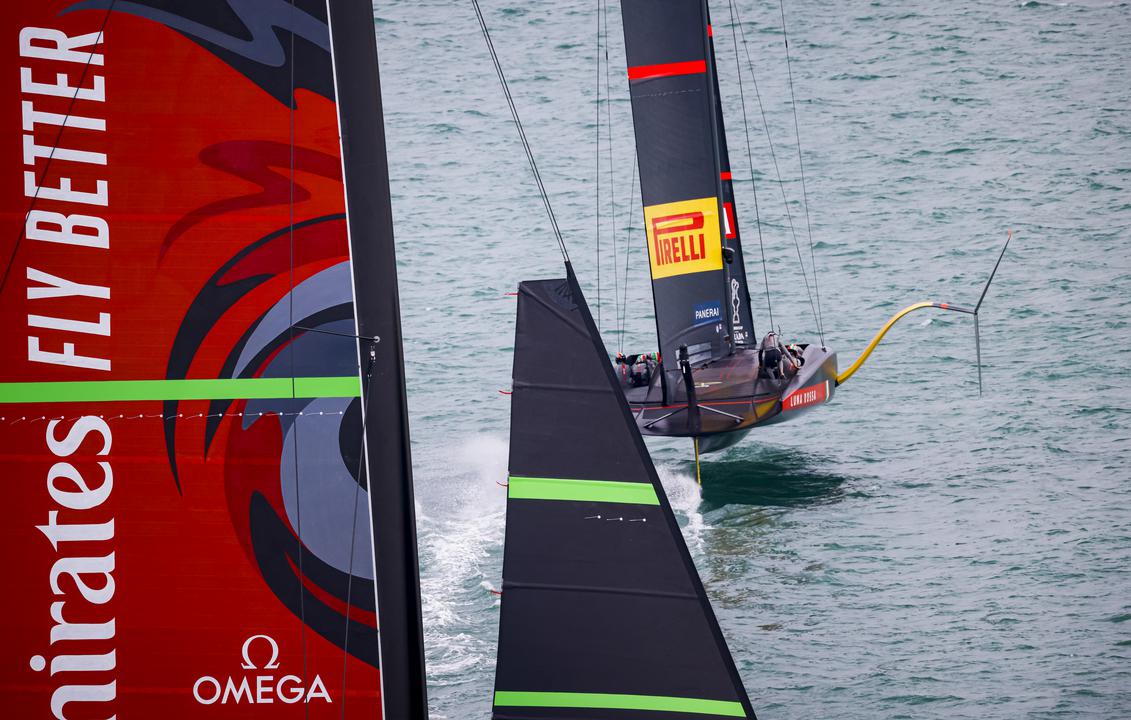 But the venue was cheeky Course C on which fickle breezes flick about like butterfly wings. Jimmy Spithill said it was a tough racetrack, so of course it must be. ETNZ’s Peter Burling and his flight controller, Blair Tuke have raced many times in the area off from North Head.

LRPP, and its lethal high mode, decided that the Italians would start to windward after plenty of weaving in the start box as both boats tried to shed speed. The start was even, both on starboard with a big gap between the two. A critical tack was coming. The Italians’ height mode eventually forced the Kiwis to tack off while LRPP headed for the right-hand lay line for the top gate. As they came together, the Kiwis dipped the Italians’ transom to take the right-hand mark, LRPP took the left hand, leading by just a second.

The lead changed so many times, according to the television graphics, that it was hard to keep count. Sometimes it was due to boat speed; sometimes fluky wind. The boats were often close – I would have loved to have seen Jimmy Spithill’s heartbeat – with the grinders working overtime. Every tack and every gybe needed to be perfect. One mistake and the race would be over – the Italians could not shake off the Kiwis. The Kiwis could not get past the Italians.

Coming into the second mark, LRPP had starboard advantage and gybed on top of ETNZ. It was an aggressive move – the only way to win. LRPP was desperate to get back to within a point of ETNZ on the scoreboard. They made New Zealand sail in their dust and extended the lead around the mark.

But it wouldn’t be for long. The lead stretched, shrunk and swapped but ETNZ needed to get control. It was a good, clean fight without penalties, and, beyond the tension, you could feel the sailors’ exhilaration as they took the most extraordinary monohulls ever built into the full potential of their racing drama.

Towards the top of Leg 5, the boats converged once more, and the Kiwis came back on starboard. Luna Rossa was just ahead and tacked, forcing the Kiwis back to the right-hand side. But it was like Brer Fox throwing Brer Rabbit into the briar patch. And Peter Burling knows his way around the briar patch. 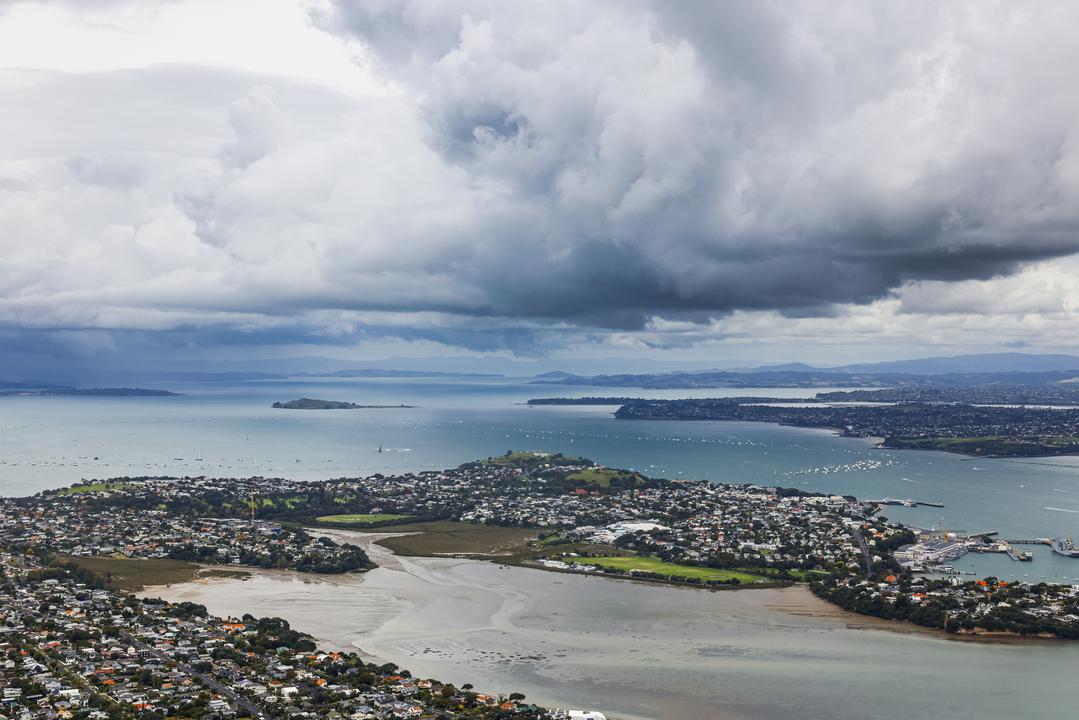 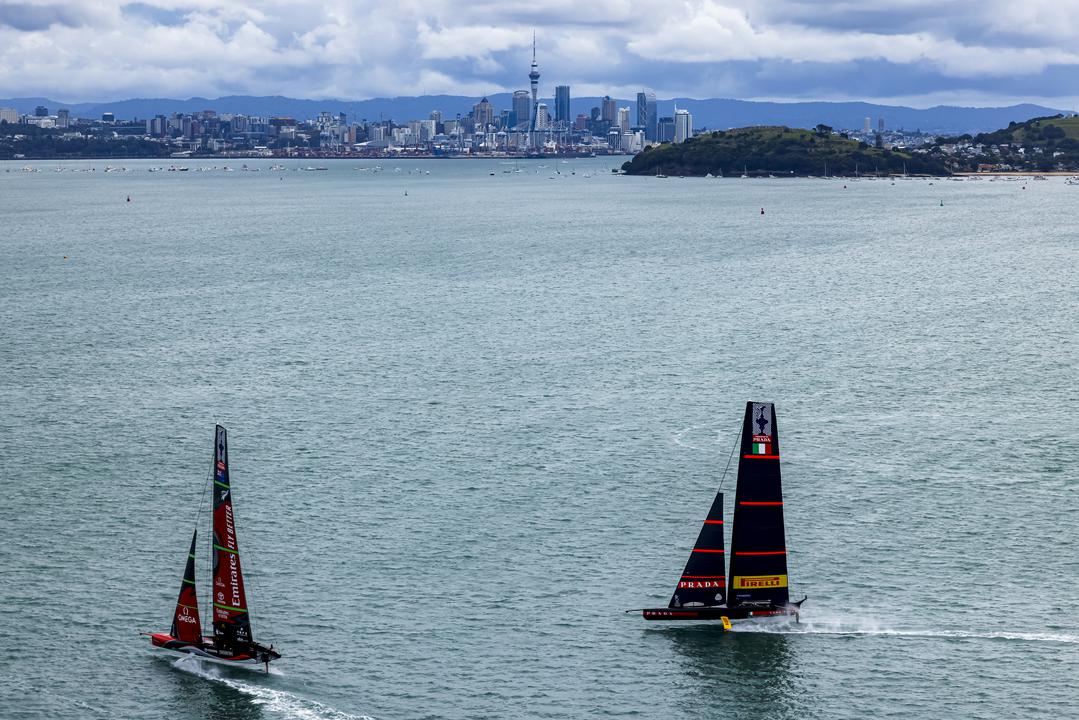 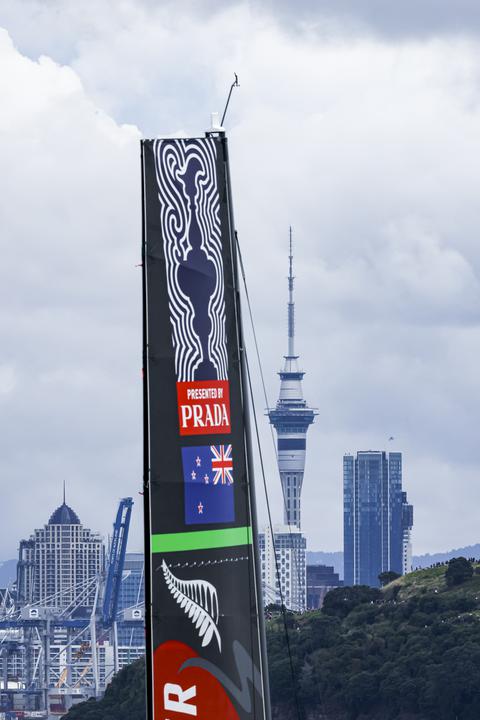 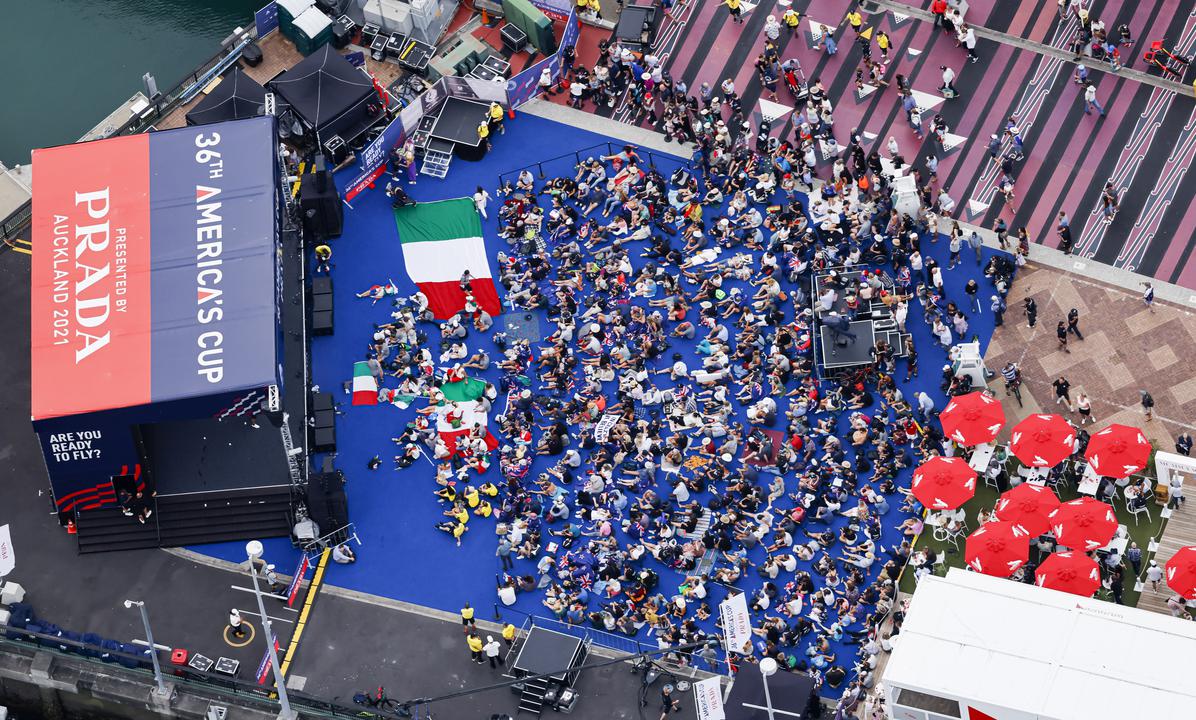 “It’s definitely a patch of water that I’ve done a whole lot of yachting in and several people on our boat had as well,” Burling later said.

“It’s a dynamic boat and it’s definitely pretty cool to be able to throw it around the racecourse in these dynamic conditions.”

Then the butterfly wings flicked in a right-hand shift and put ETNZ ahead at the next cross. They rounded Gate 5 with a delta of 18-seconds and roared to the finish 39-seconds ahead of the Italians.

That was quite enough excitement for one day and, with the wind increasingly fluky, Race Director, Iain Murray postponed, then abandoned, Race 10.

Throughout this regatta, Spithill has said he’s racing the best in the world, and all the journalists in the press conference wanted him to reprise his famous line of 2013. “I think the question is: what if these guys lost from here? What a story that would be.”

But despite being thrown several cues, he didn’t follow the script. “The score line doesn’t lie,” he said. “The way I’ve been brought up, you always respect your opponent. There’s a lot of respect between the sailing teams and we enjoy the fight.”

ETNZ is on match point, but never underestimate Jimmy Spithill when he’s down. After all, he has to be pretty good to be racing the best in the world – and leading them most of the way around the course.

All eyes on Thailand

All eyes on Thailand