Adler’s intention is squarely to keep away from traditional yachts that can be heavy in the way they are built, how child unfriendly, ecologically harmful they are and how little they can be customized. So they set out to make a different kind of boat that more easily facilitates the simple pleasures of yachting.

Built by a team of automotive, aviation and marine specialists, the Adler Suprema is a 23-metre flybridge yacht that’s the first in its category to be made of carbon fiber. The two diesel CAT C18, 1,150 hp engines and 2 ATE high efficiency e-units push through the waves at 30 knots with emission and vibration-free propulsion.

The hybrid power plant creates fuel consumption that’s the lowest of its class. Saving up to 50 percent more than a conventional system, resulting in a maximum range of 3,500 nm. Due to its variable controllability, the e-units allow gentle docking manoeuvres at any speed.

The engines are fingerprint coded and can be started with a touch. They are controlled with an integrated touch screen control panel assisted by cameras all over and under the deck.  Six large LCD touchscreens from Boening are capable of controlling the whole boat including air-condition, heating, lights and curtains. All systems can also be controlled and supervised via iPad.

This also owners to control the atmosphere on the boat wherever they are. 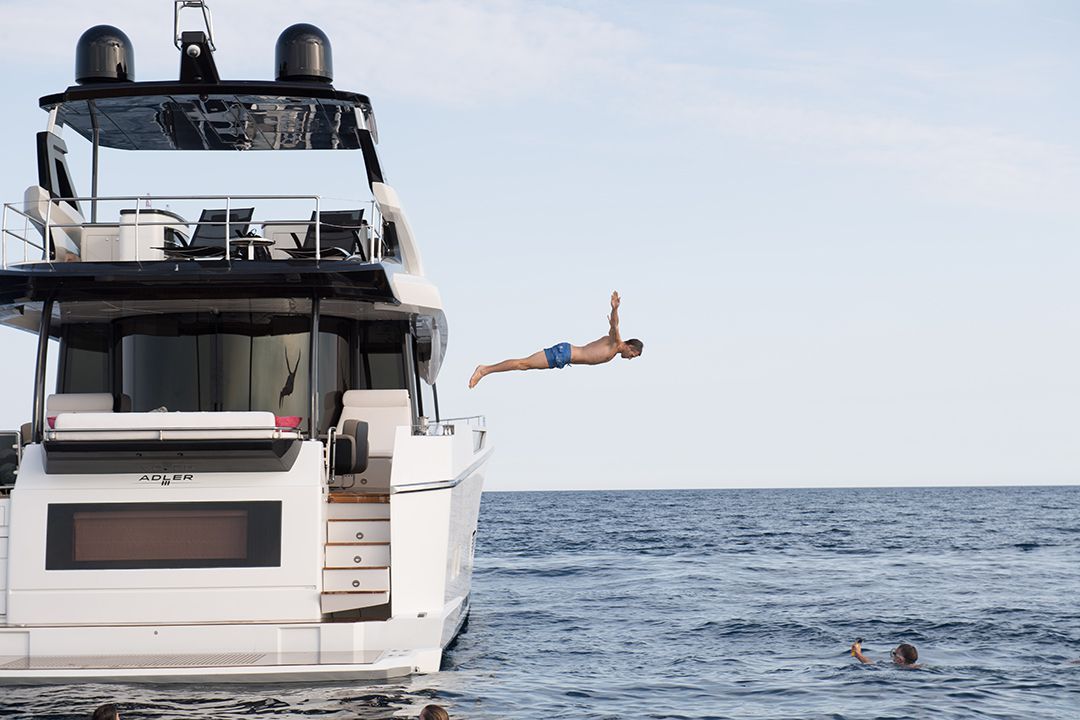 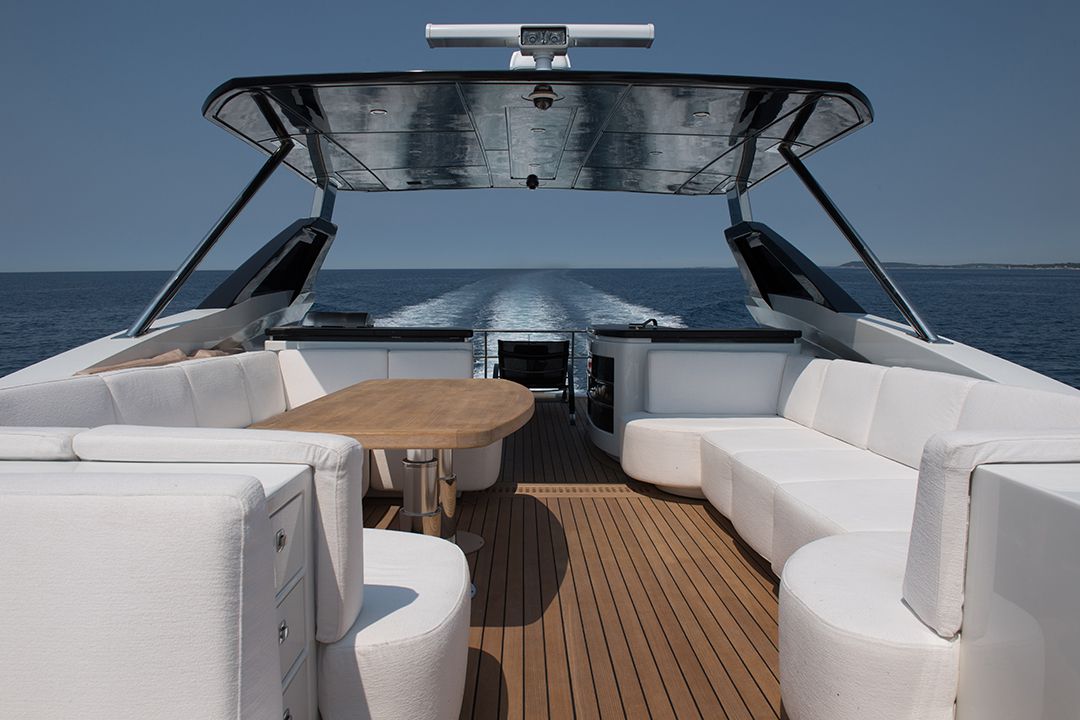 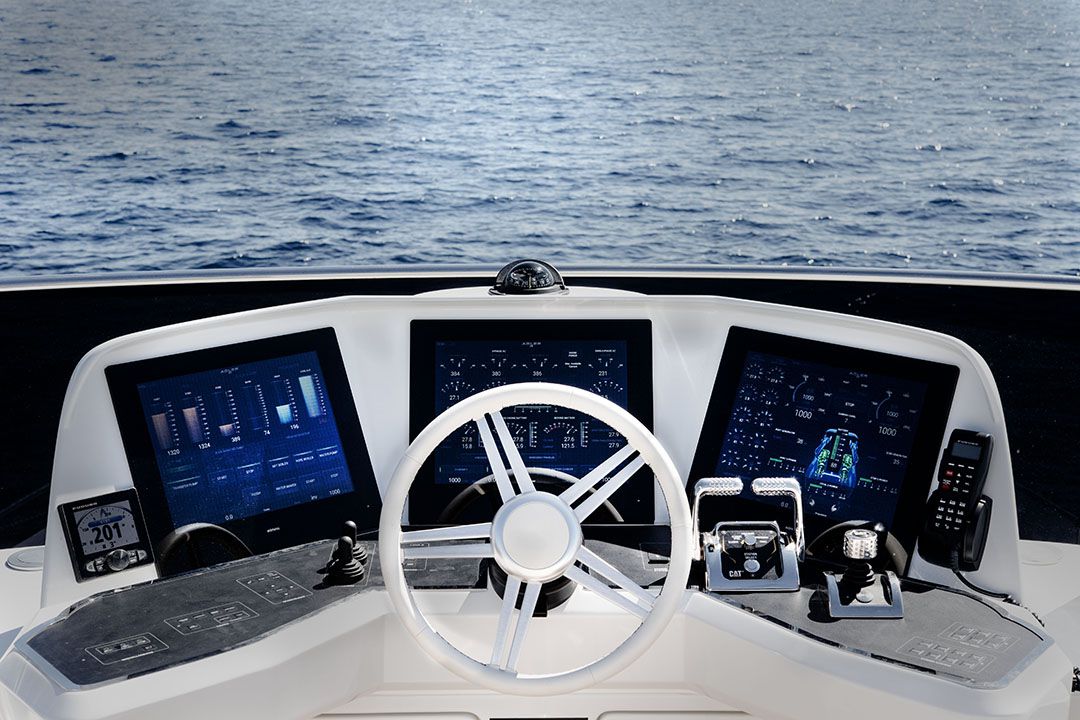 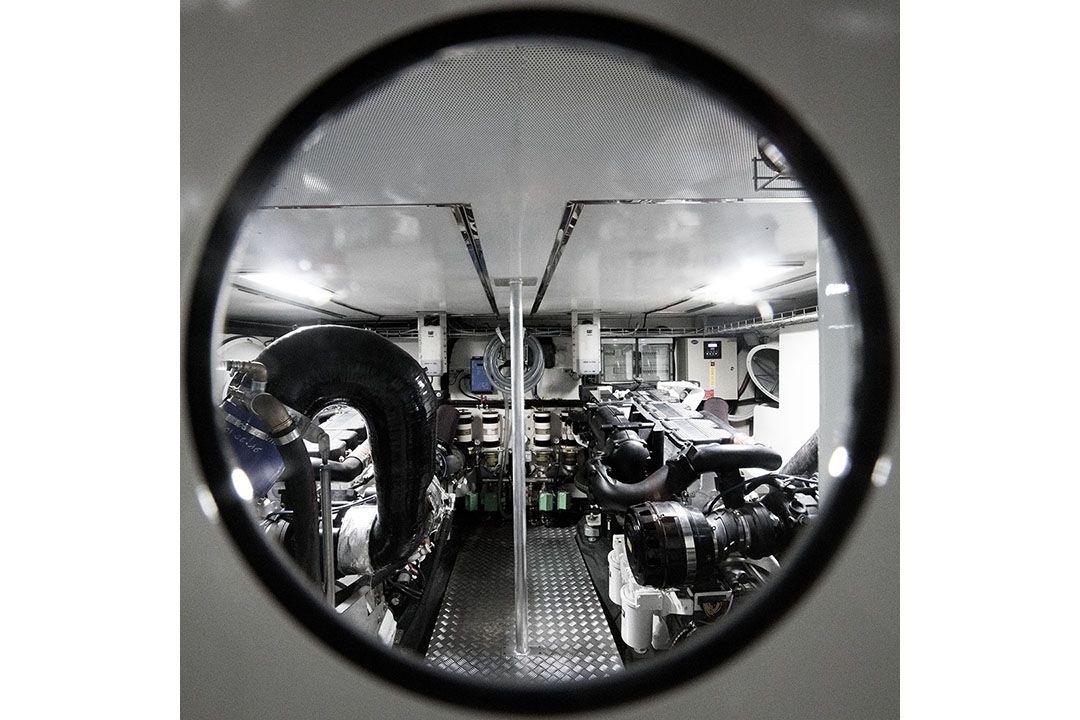 The yacht is also deliciously quiet – you can enjoy silent cruising or spend the whole day with all the engines cut, due to the batteries’ capacity. The generous living spaces are without the hassle of extra stairs. On the main deck there are additional head facilities for your convenience and to ensure the privacy of your cabin when you receive guests. Each deck is barrier-free, so you can move around without having to take a flight of stairs. All the side panels on the main deck can be opened to merge the inside and outside and give you more room.  The full screen home-cinema system comes with internet connection and satellite reception. The main deck floor and head floors on the lower deck are equipped with an electrical floor heating system; there is an infrared heating strip in the stern cockpit. The interior can be equipped according to your choice of materials, illumination system and cabin layout.

Crafted by aviation experts, safety systems are also state of the art. There is a sophisticated fire awareness and suppression system including ship wide smoke and fire detectors, as well as a fire suppression system for the batteries. A CCTV system, an infrared and several underwater cameras continuously monitor the area around the yacht and display the images on the control panel screens, so you are always aware of everything going in around and under you. The alarm system even allows you to control the anchor and check whether all portholes and doors are closed. There are remote support system diagnostics, wherever in the world you are.

Ambitions in the Gulf

Ambitions in the Gulf