Presenting the company’s latest projects and developments, Southern Spars welcomed the industry’s most influential representatives, including some of the best naval architects, designers, owners, captains and yards, whilst showcasing the America’s Cup trophy.

An exclusive guest list was in attendance at the event at the Fairmont Monte Carlo, led by the Honourable Ms Jane Coombs, New Zealand’s Ambassador to Monaco, France, Portugal and Senegal, as well as Matteo de Nora and Sir Stephen Tindall, Team Principal and Board Chairman respectively from ETNZ.

Thanks to Southern Spars’ contributions to the team’s triumphant success in the 35th America’s Cup and the long-standing relationship with them and the RNZYS, the Auld Mug was also able to make an exclusive appearance.

The team of presenters at the breakfast was comprised of Southern Spars’ Paul MacDonald and Dale Morris who spoke about the company’s developments in technology and both the impressive completed and current projects. 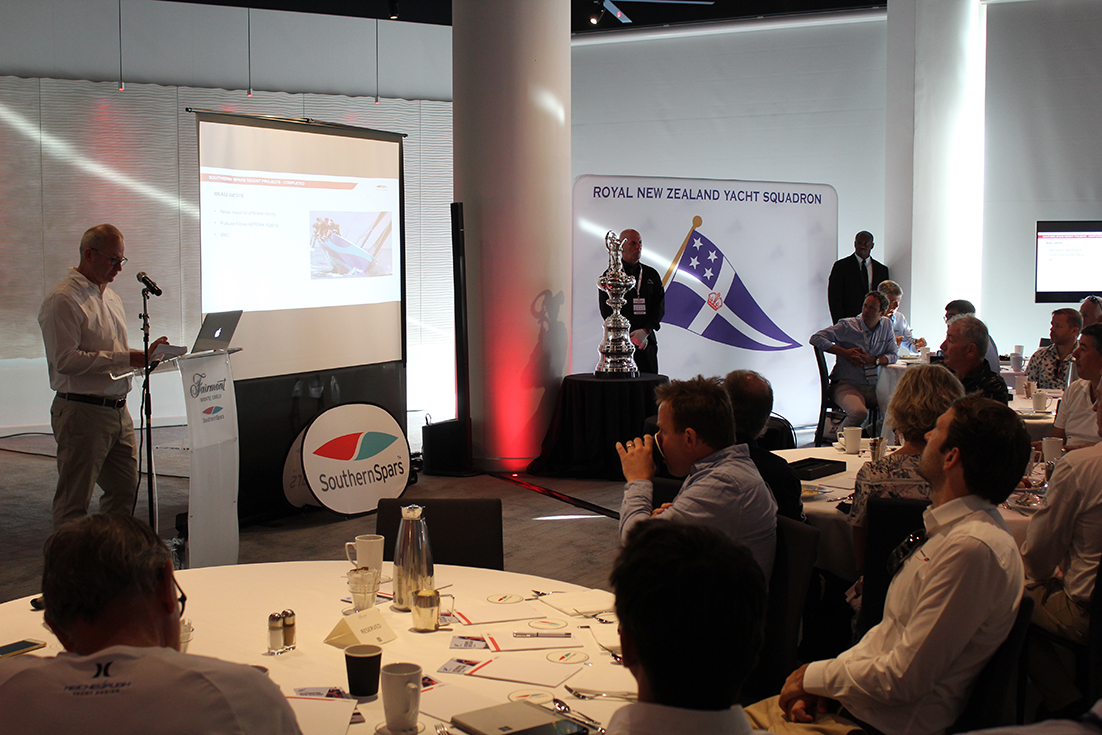 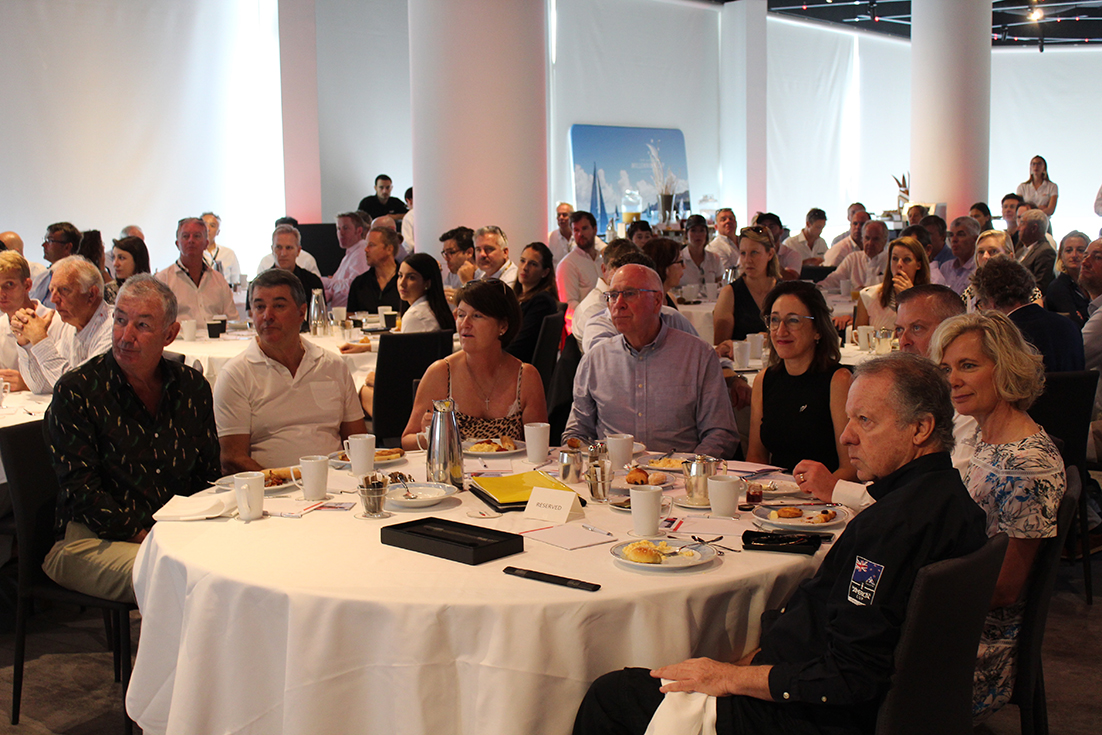 Future Fibres’ Head of R&D, Jonathan Duval briefed the group on the latest developments in the company and introduced the revolutionary hybrid carbon rigging, AEROsix.

The event was concluded with the General Manager of the RNZYS, Hayden Porter, who spoke about the key anticipated events that will surround the 36th America’s Cup in Auckland in March 2021.

As the leading high-performance spar manufacturer, Southern Spars wants to thank all guests who attended this successful event and looks forward to gathering the industry’s finest once again next year.