Just two years after being rescued from administration, British builder Oyster Yachts is riding the crest of a wave with scintillating new models and a solid plan for growth. We sat down with the company’s new owner Richard Hadida to find out what the view is like from the helm.

As we sit in a conference room at Oyster’s offices in central London, Richard Hadida – new owner of the British builder – eyes the KitKat his assistant has brought in with his coffee and laughs that he can never resist them.

I ponder for a moment whether leaving mine would be the right thing to do so he can enjoy a second one when our interview is over, but it sets me wondering if he feels he did the right thing stepping in to take over the ailing marque in March 2018 when it went into administration.

Now approaching two years at the helm, Hadida has certainly had a marked impact on the brand. When he bought it – for an undisclosed sum – there remained questions in the market over the quality of this most prestigious and aspirational of brands following the 2015 keel-loss incident of the 82-foot Oyster Polina Star III.

“I had no idea Oyster was going under until I read it in a newspaper,” Hadida says. But as the owner of an Oyster 885 (called Lush), which he manages to sail something like 60 days a year, his initial shock quickly turned to opportunity. 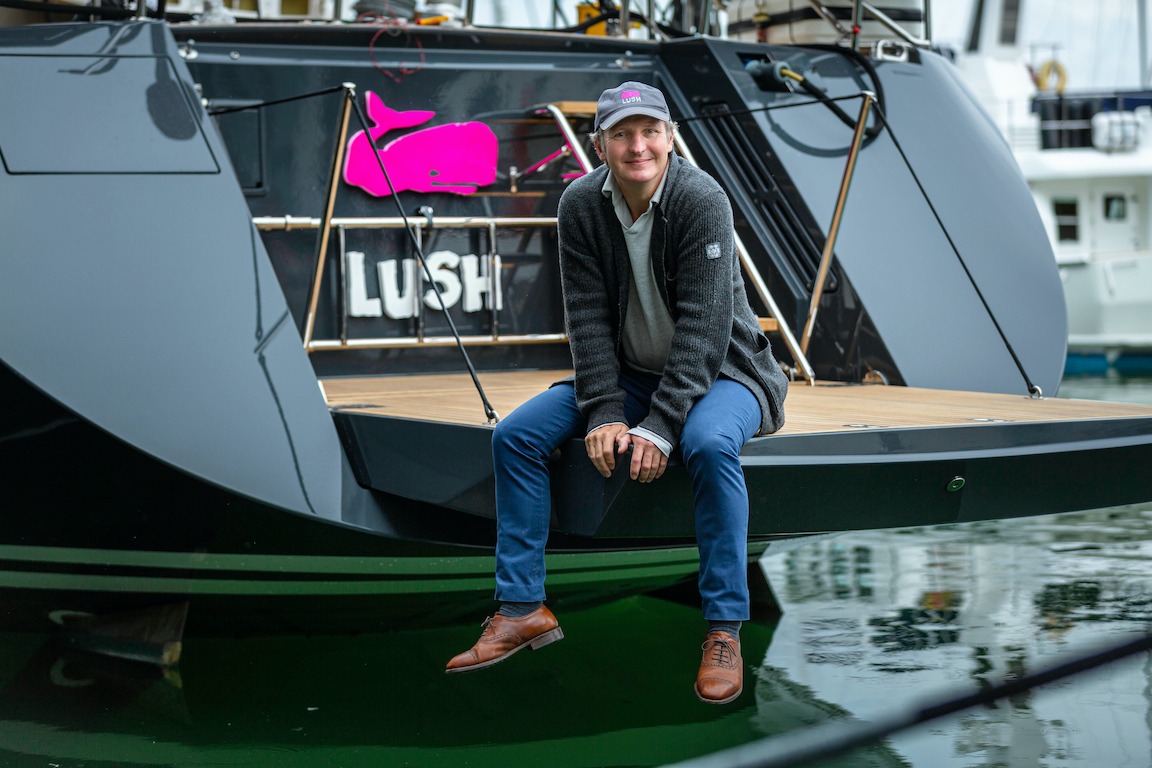 Owner of Oyster Yachts, Richard Hadida, pictured on board his own Oyster 885 Lush 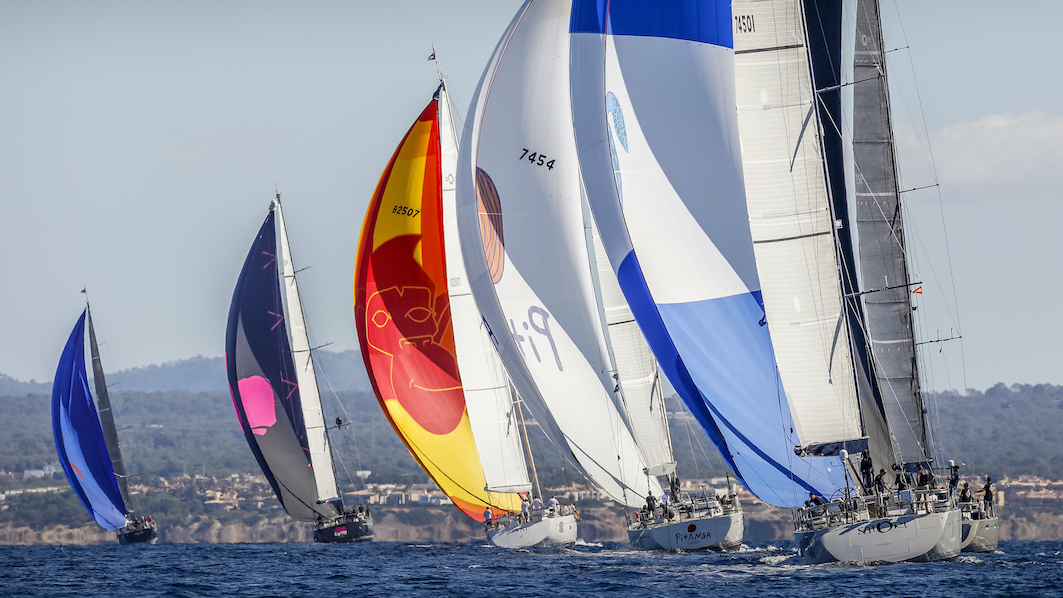 “From reading about it to deciding that I was the right person to buy the company was about one second. I hadn’t built a boat before, but I had the passion, and I know what the end user wants.”

The timing was, perhaps, fortuitous. Hadida was in the process of gently exiting his other business –gaming software developer Evolution Gaming – which meant he not only had the time, but also the funds to take on the business.

Sailing by the stars

Hadida was introduced to sailing on family holidays in his youth when he would sail a little gaffer dinghy that the family towed behind their motor yacht while cruising the Norfolk Broads in the east of England. After a spell when he “mucked around on motorboats and speedboats,” he took up sailing again when his sister got married on the Greek island of Lesbos.

“I thought, wouldn’t it be great to sail there? so I did my day skipper course and chartered a bareboat from Piraeus with some friends, and we sailed through the night to the wedding. In the middle of the night I was alone under a starlit sky, sailing on a bearing, and it was just one of those top ten moments in my life – the serenity, and the beauty. When dawn broke, Lesbos was right on the bow. I was hooked from then on.”

A succession of charter holidays followed until Hadida, then in his early thirties, and his wife had their first son. It was decided they wouldn’t sail again until his son – and then a second son – could swim unaided.

Meanwhile, Hadida’s wife’s stepfather was an avid attendee of the annual London International Boat Show. “He always visited the Oyster stand because he thought they were, quite simply, the best yachts in the world. He impregnated the Oyster brand into my brain without me even realising it,” Hadida smiles.

And so, when his sons could swim, he phoned Oyster to find out what their smallest model was, which led to the family chartering an Oyster 56 in the Caribbean. After experimenting with a number of marques and sizes – up to the 37-metre Dubois-designed Genevieve – he discovered the Oyster 885 through friend Eddie Jordan.

“I realised the 885 had everything Genevieve had – and more. Four double cabins all ensuite, beautiful windows everywhere with seascape views, the zen room in the bow where you can have 15 people on cushions – none of the other boats offered this. The 885 ticks every box; that’s why I’ve stuck with it since that first moment on board.” 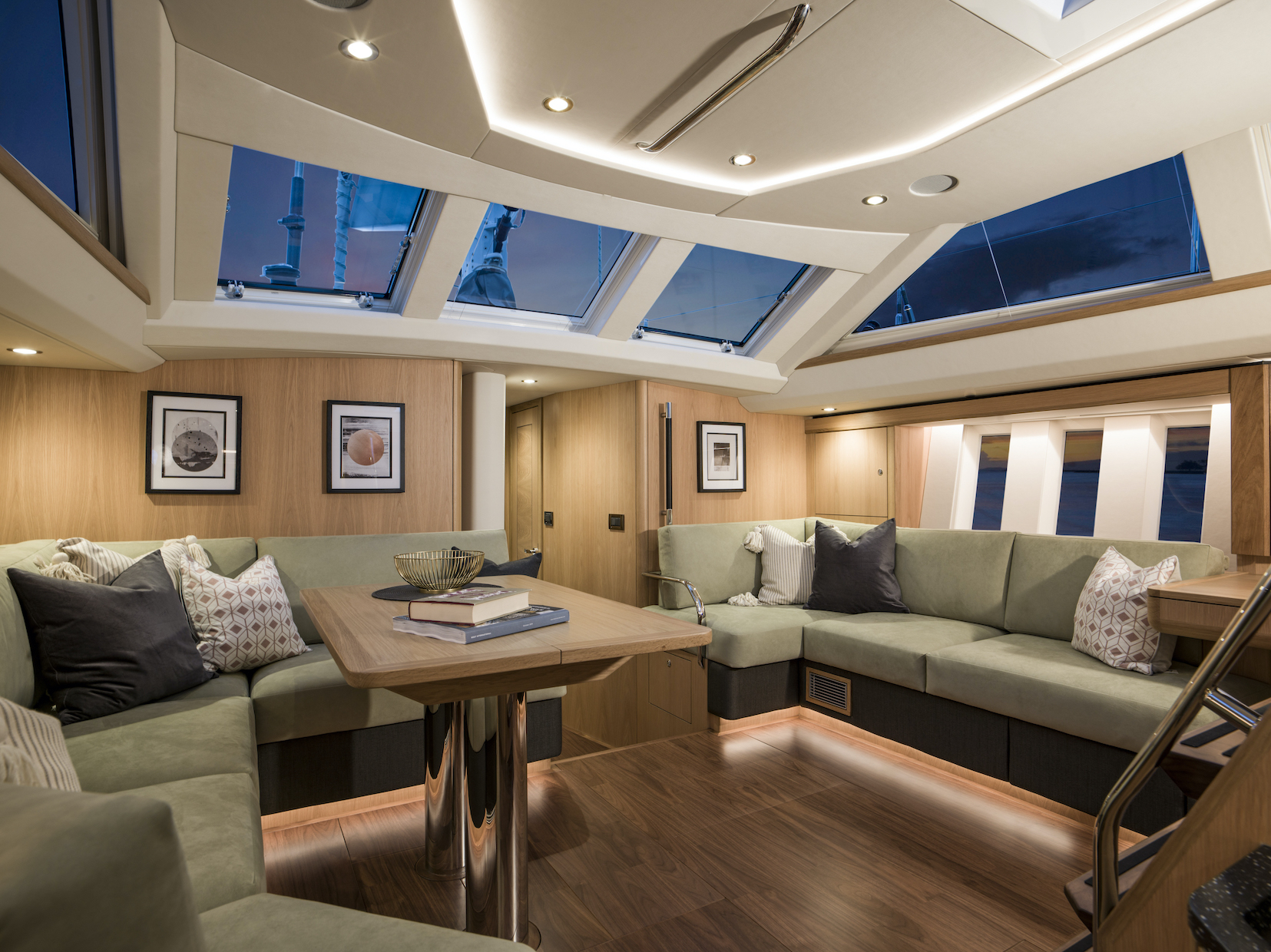 Oyster had become a byword for world cruising in comfort and style. Founded in 1973 by Richard Matthews, production of the first yacht started in 1974. At the end of that decade, the builder introduced a new concept called the deck saloon, and with it the face of bluewater cruising changed.

The deck saloon style became the oft-copied trademark of 35 Oyster models. Over the course of the 1980s and 1990s, the sizes of the Oyster range grew, but in 2008 Matthews sold the company to Balmoral Capital, who four years later sold it on to Dutch private-equity house HTP Investments. When HTP withdrew its support in 2017 – partly due to losses incurred by legal actions following the Polina Star III incident – the then management put the company into administration. It seemed a startling end for a builder with such heritage and reputation.

“My decision to buy was definitely made with the heart, but business is business,” Hadida says.

“I don’t know why it went into administration – at the time they had their biggest order book ever.”

When he took over, Oyster had no employees left, but Hadida managed to re-employ many of the key artisans and craftsmen. Then he made a point of assembling a C-level team who had the skill to build the boats.

“Oyster had suffered from under-investment in the last few years, so there was a lot of investment required in machinery and other manufacturing elements,” he says.

“One of the things we did was take over the hull manufacturing plant. (Oyster used to buy their hulls from a third party). I had to buy that business, for obvious reasons, and we put in Lloyd’s Register certification for every single hull that gets built now.

“I have to sleep at night, and I want to know that we’re building the best boats in the world. The Lloyd’s Register stamp is a sign of quality and it’s the right thing to do.”

Similarly, Hadida began to look at the pricing policy – in particular, instigating a strict policy of no discounting. This means that not only are all customers buying on a level playing field, the narrow margins are preserved, which in turn ensures longevity for the brand.

In spite of an initial slowdown in orders, it appears to have worked: “We are now selling boats at a far greater rate than expected,” says Hadida, who is keen to find a new yard to create extra capacity. (The historic and current production takes place across two key sites – the original yard in Wroxham on England’s east coast, and the yard in Southampton on the south coast. The problem is that demand is now outstripping supply, with build bays sold out to 2023.)

Perhaps key to this surge of interest is the new entry-level mode, the 565. “It was the first new model launched under me,” Hadida says. “It’s £1.5 million, and the future of the brand is in this boat.”

Since its launch in 2019, it has received universal acclaim and won awards including the British Boating Awards Bluewater Cruiser of the Year, as well as being shortlisted (at the time of going to press) for the European Yacht of the Year award.

“She’s a fantastic boat,” Hadida beams, adding that they sold another 885 a few minutes before I arrived at the London office. “As long as we’re selling boats and we’re selling them at the right money, then everything else is fixable.”

Read the full interview with Richard in issue #89 of Ocean Magazine, subscribe here.