M/Y Marla is the first hull of the 32XP Series of explorer vessels, with a displacement steel hull for maximum versatility in all conditions.

The new series of explorer superyachts established by Numarine, the XP Series, typifies modern boatbuilding. It is minimalistic, yet stylish. Comfortable, yet reliable and seaworthy. It has been conceived by the shipyard’s owner and CEO Omer Malaz, who a few years ago anticipated a major trend on the market.

M/Y Marla is an example of this trend towards compact explorer yachts. She offers large volumes of internal living spaces on board, as her steel hull construction and GRP superstructure allows unique layouts internally and customised external spaces. Simplicity of use, engaging styling and the seamless integration of systems are key principles of the yacht.

As Omer Malaz puts it, she is inspired by hi-tech companies and devices that run the world now. The yacht is easy to manage thanks to the user-friendly interface developed by Energy Solutions, and the captain runs her without an engineer.

She accommodates up to 12 guests and is ready for long cruises thanks to her proven hull and storage facilities. Special attention has been paid to reduction of noise and vibration using modern technologies. Even when Marla is running, the noise level on board does not exceed 45 decibels; it is quiet like a library. 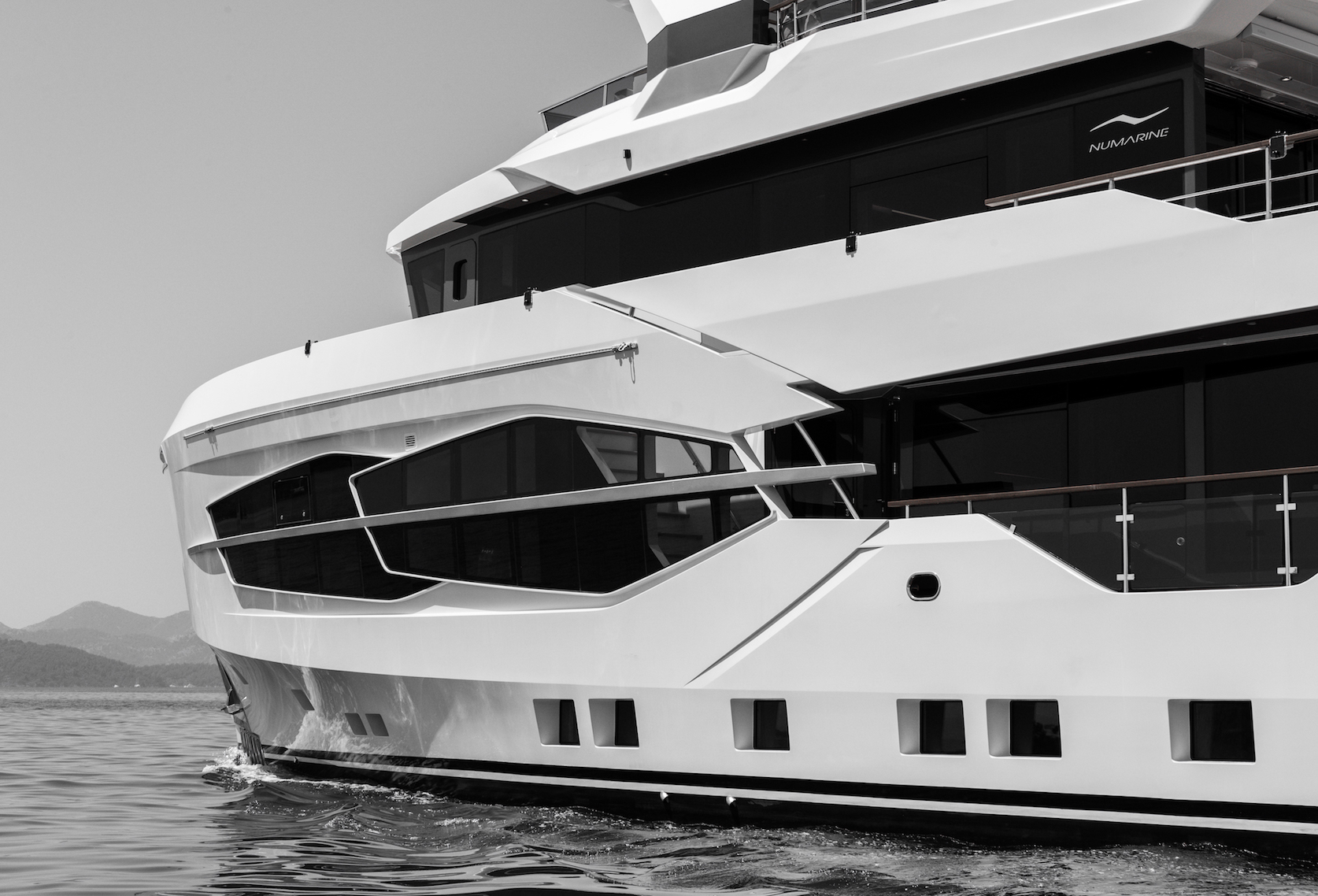 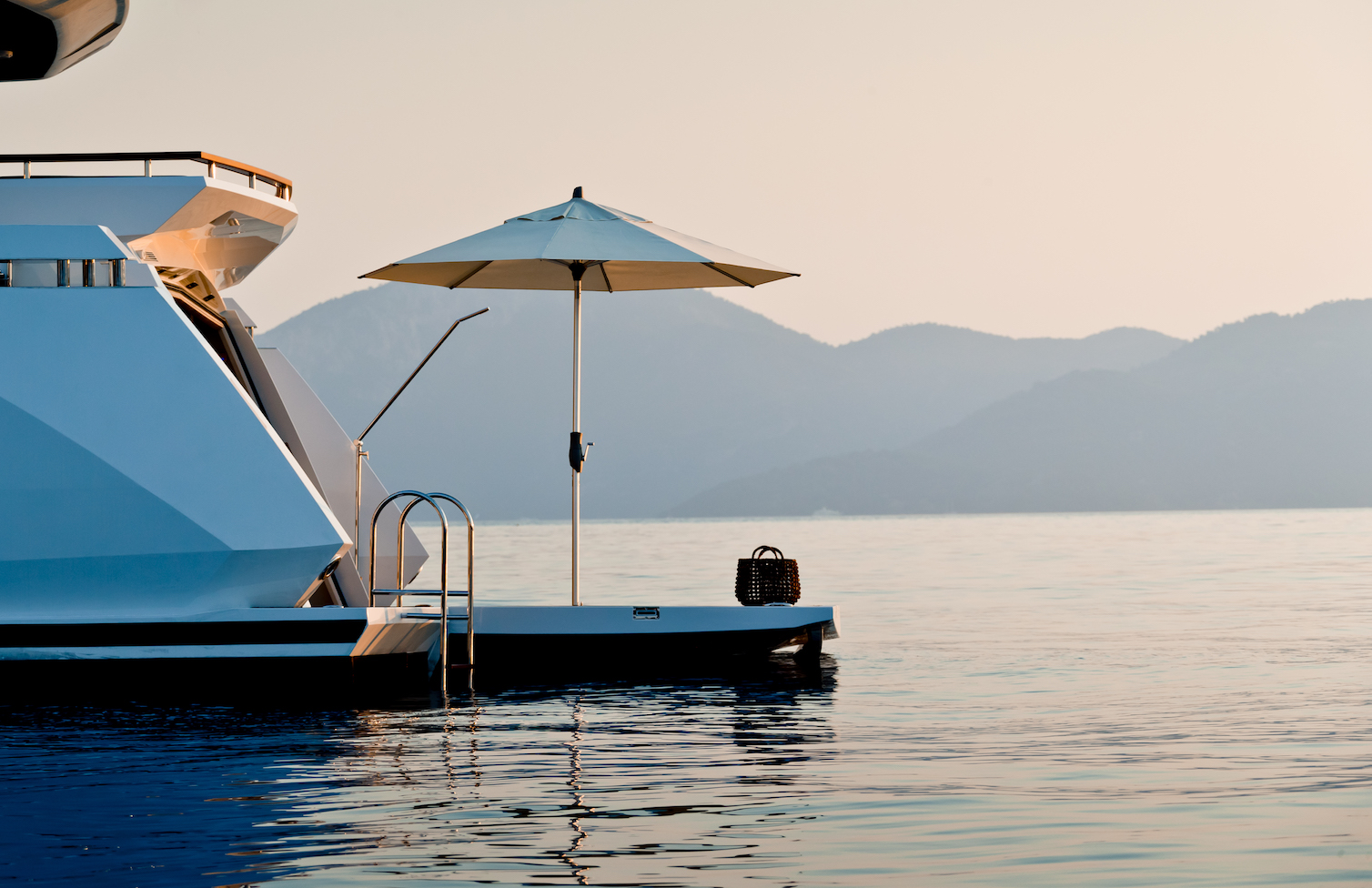 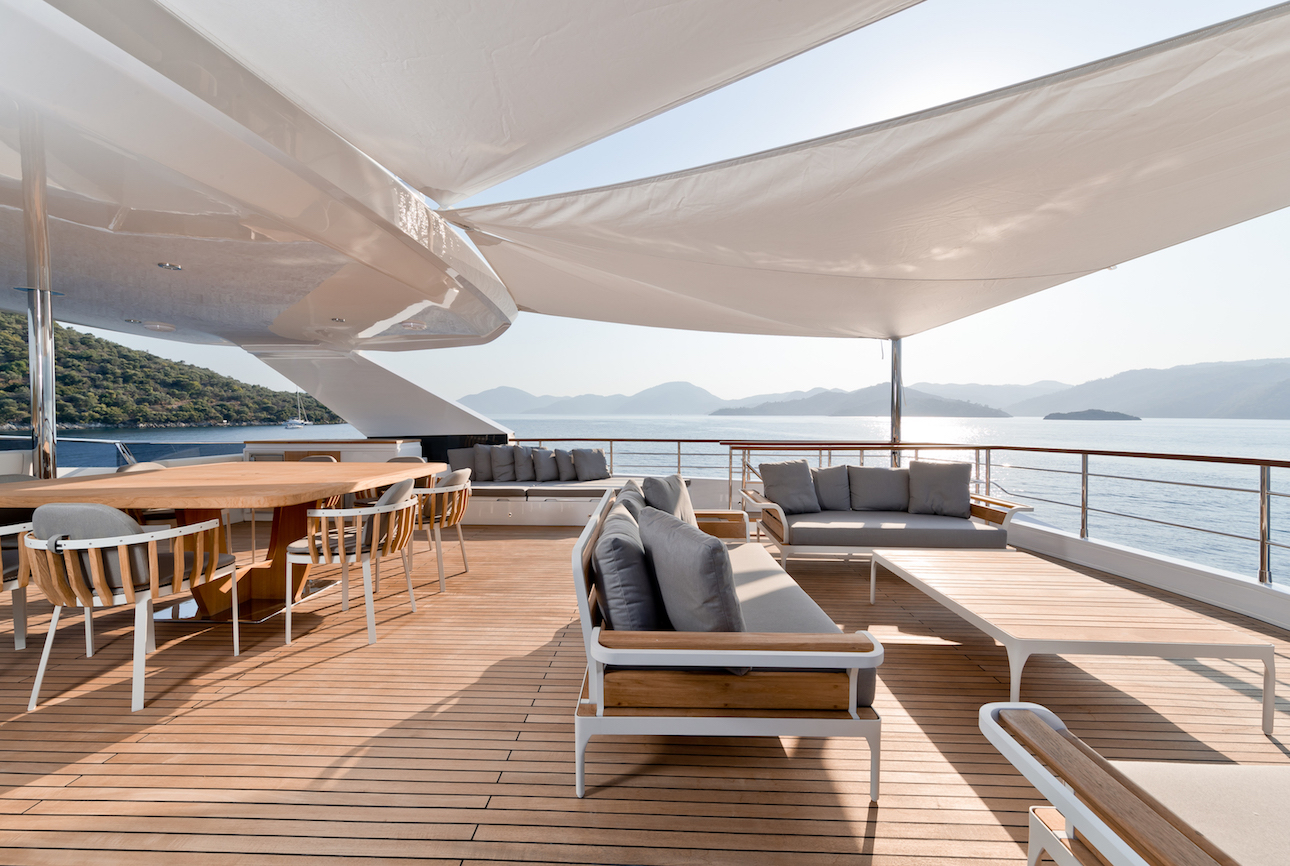 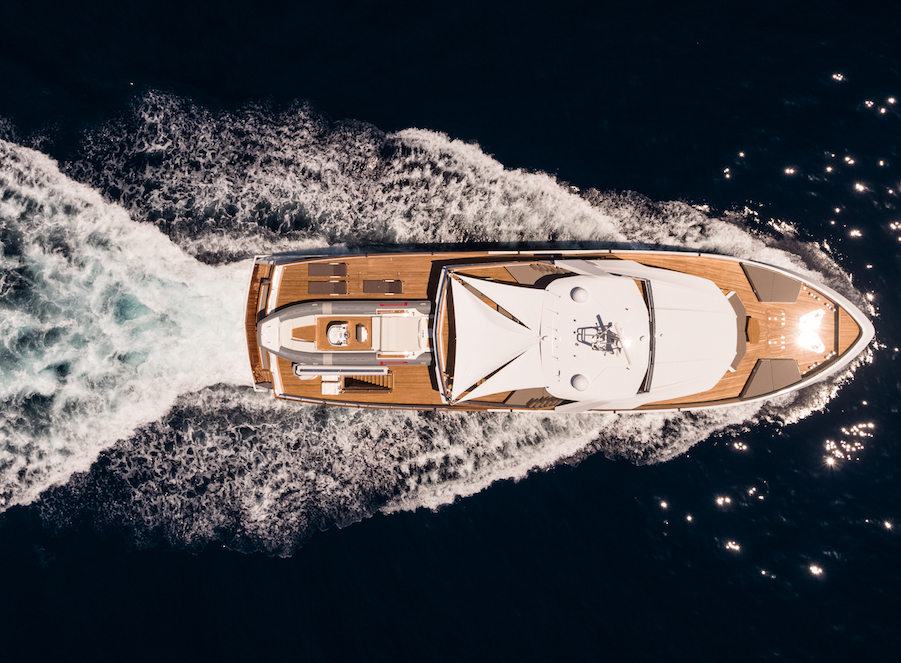 M/Y Marla, as well as the whole XP Series, looks very different compared to the shipyard’s other performance models. The styling is made by Can Yalman, the renowned design partner of Numarine responsible for all of the shipyard’s distinctive model lines. Her silhouette is deliberately rugged, powerful and hefty with extensive angular windows.

The vertical bow is another contemporary feature added to the yacht and is used to cut through the water with ease. The hull’s shape, which is designed by Numarine’s long-standing collaborator, naval architect Umberto Tagliavini, maximises the internal volumes.

The yacht’s interior has also been penned by Can Yalman. Like all Numarines, the interior of the 32XP has been fully customized to reflect the owner’s preferences in terms of layout, design, fabrics and materials.

The main deck of the 32XP offers a generous cockpit that also provides for a comfortable stern sunpad area right behind the couch seating, for a total of 64 square-metres of living space.

An expansive salon of 48 square-metres leads to a lobby area with a day head and a separate gym on the starboard side, and then to a full-beam forward master cabin with more than 30 square-metres of space and separate his and hers bathrooms sharing a very generous central shower.

Below deck, the layout offers two VIP Cabins mid-ship and a pair of double cabins, all with ensuite bathrooms, and over 85 square-metres of living space.

On the upper deck, an owner’s cabin with over 40 square-metres of living space including a large walk-in closet and generous owner’s bathroom opens up via sliding doors to the large upper deck.

Forward of the wheelhouse, in the Numarine tradition there is a large couch area with bimini and cocktail table, and two extensive sunpad areas. Total external space on the upper deck is 129 square-metres.

The flybridge offers 60 square-metres of entertainment space customised to include in the first unit, 3 couches, a 12-person dining table, two large sunpad areas, a fully-fitted bar and three navigation seats around a secondary helm station.

Regarding performance, the new Numarine 32XP, exploiting the yard’s engineering capabilities together with its long-standing partner naval architect Umberto Tagliavini, has a very efficient displacement hull that gives Marla a top speed of 14 knots, a cruise speed of 12 knots, and 4,000 nautical-mile range at 9 knots.