The 2020 Sanctuary Cove International Boat Show , 21 to 24 May, has attracted a strong response from exhibitors.

In the popular ‘Sports Leisure and Fishing Precinct’ brands including Boston Whaler, Sea Ray, Mastercraft, Cruise Craft, Quintrex, Makocraft, Tracker, Sea Jay and Stessco have been quick to secure space. From the burgeoning RIB category, Brig will have around 30 models on display.

Electronics equipment specialists such as Raymarine, Simrad, B&G, Lowrance and Garmin are planning major launches of products that enhance the boating lifestyle in navigation, safety, fishing and entertainment.

According to SCIBS Sales & Partnerships Manager Dominic O’Brien “Over 80 percent of the site has already been booked and the show is expected to sell out well in advance. “SCIBS is significant as the first boat show of the Australian calendar, attracting more than 45,000 visitors – consumers and B2B customers – from all over the country, New Zealand and Asia.”

Riviera will be back at SCIBS celebrating the brand’s 40th anniversary where it will proudly host one of its largest showcases of Australia’s world-class luxury motor yachts for the year.

“In one location, visitors will be able to inspect the world premiere of the 64 Sports Motor Yacht, the Australian Premiere of the 505 SUV along with selected other models from the award-winning Sport Yacht, Flybridge and Belize models from 39 to 72 feet,” said Riviera Brand & Communications Director Stephen Milne.

Maritimo promises one of its largest on-water presentations with several new model premieres.

“Sanctuary Cove is one of our most important and successful boat shows annually, truly living up to the name of an international boat show, with guests from around the globe,” said Lead Designer and Brand Director, Tom Barry-Cotter. “Traditionally SCIBS adds a significant boost to our forward orders, which is already out well into 2021 with sales generated internationally last year.”

Barry-Cotter said SCIBS was a successful show because it appeals to a broad range of people seeking everything from boating accessories to superyachts, and it’s a resort village destination with the added attraction of restaurants, bars, Championship golf courses and the InterContinental Sanctuary Cove Resort.

Another international brand, Horizon Yacht Australia plans to exhibit the new Horizon FD80 and one of the largest vessels at the show, the Horizon RP100.

“We are going ‘all-out’ for SCIBS this year, displaying our vessels in the new, undercover section of the marina,” said Mark Western, Managing Director, Horizon Yacht Australia.

“There will be a new concept for our owner/VIP hospitality and John Lu, Horizon founder will be attending. SCIBS is our home show and we are going to throw everything at it in 2020.” 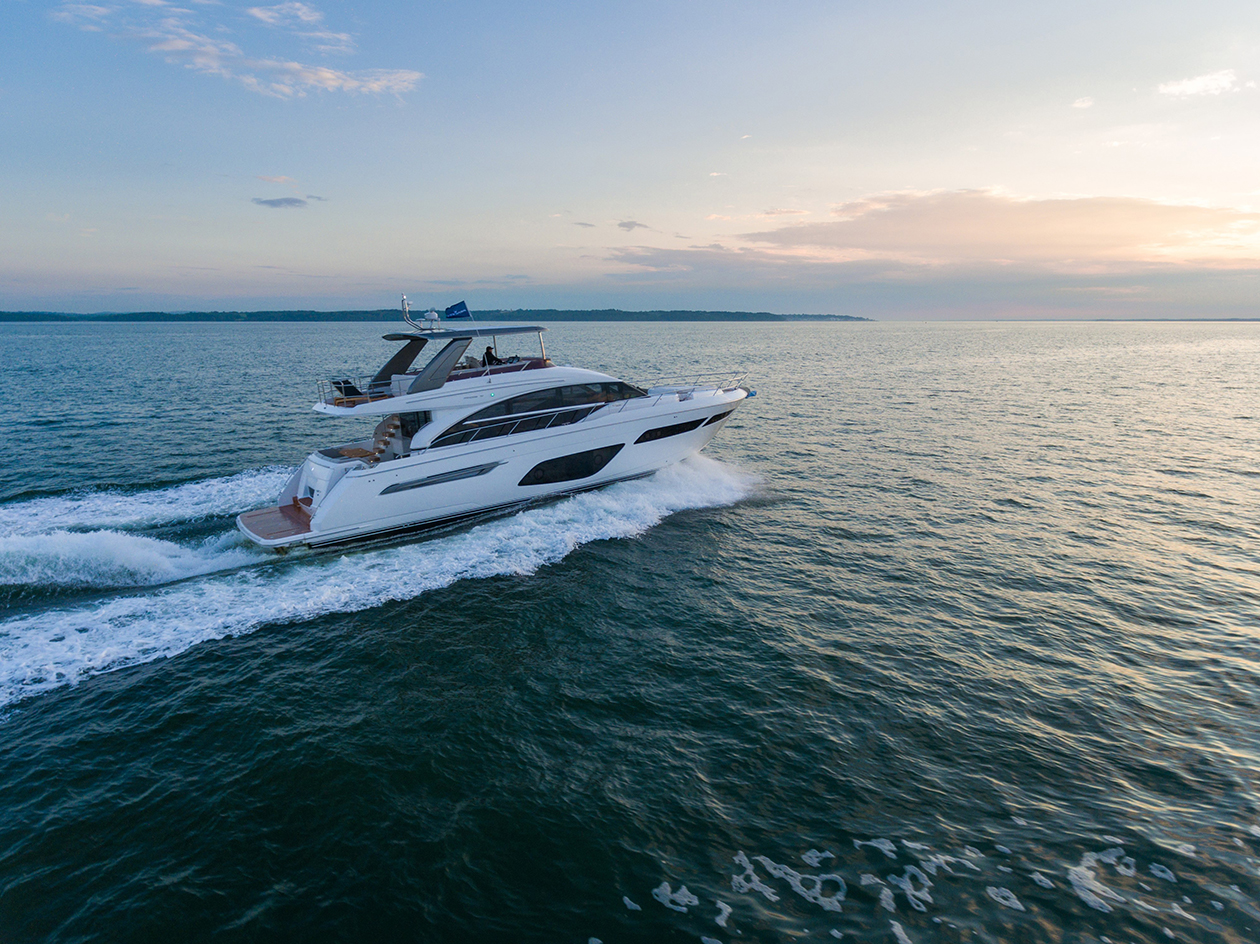 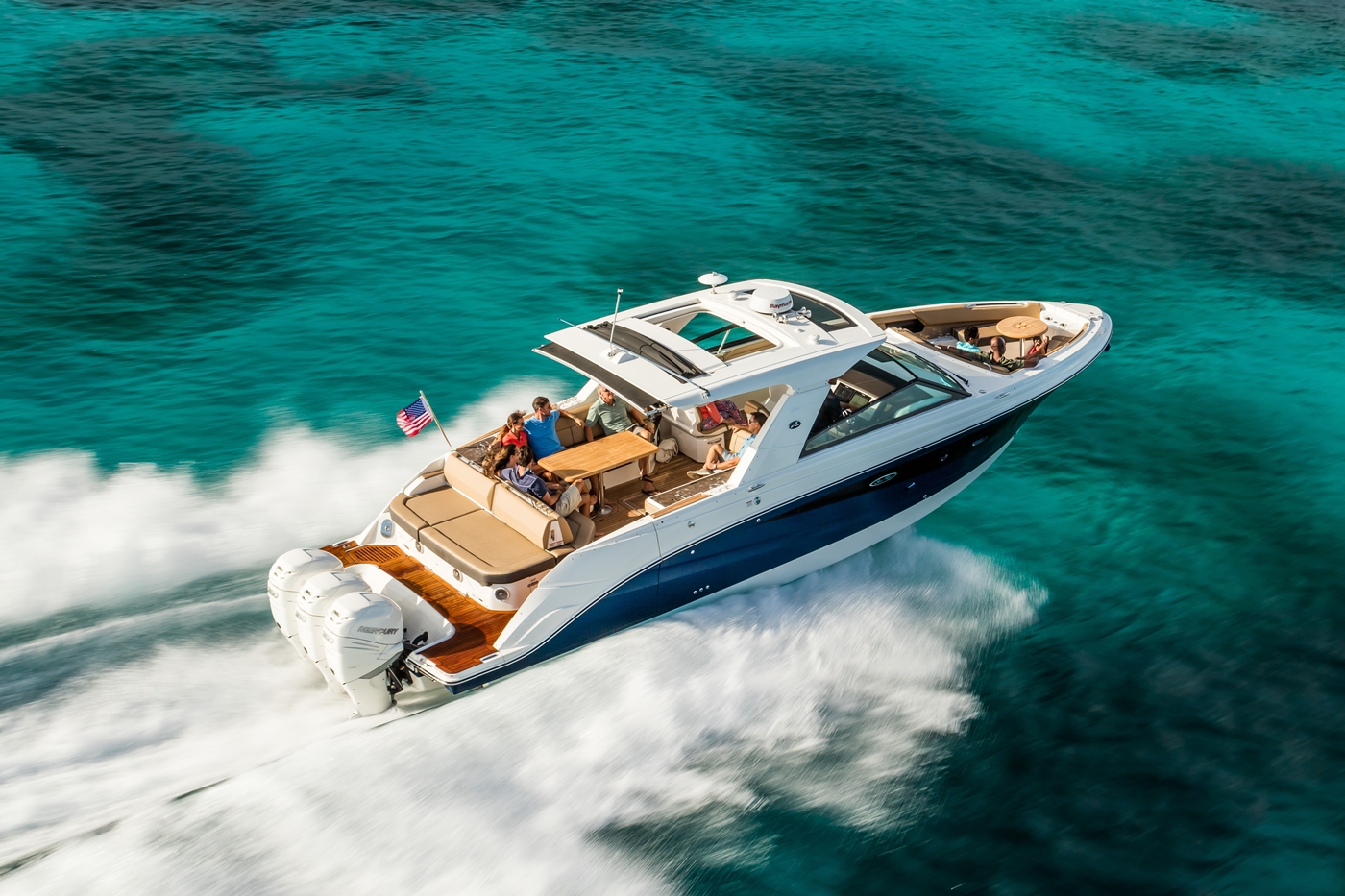 Dealer Principal Greg Haines said “SCIBS is the most significant boat show on the Australian calendar, bringing visitors from all over the world and in particular from all over Australia. With the opening of the new Marina at Sanctuary Cove we look forward to displaying our boats in the position that will become the home of Princess in Australia.”

“The Ocean Alexander is a breathtaking vessel showcasing our European-inspired ‘R series’ (Revolution Series) styling,” said Director, Todd Holzapfel. “The Galeon 640 Fly has several prestigious awards for design innovation. We’re sure they will both attract serious interest at SCIBS.”

Sirocco Marine North will return to its traditional space on Masthead Way, this year occupying more space for more boats in a phenomenal 40 vessel line-up – making it the largest on-land exhibitor at SCIBS 2020.

According to Director, Dylan Lopez, visitors can expect all-new models from Brig, the world’s best-selling RIB brand, including the Eagle 350, Eagle 4 and Eagle 5. Brig’s CEO, Slava Rodionov will travel from the Ukraine headquarters to attend SCIBS 2020.

“We will also be promoting the Brig lifestyle advantages such as use of our fleet of loan boats, events that bring the Brig brand to life, and all the value-adds of our Brig membership program.”

As Sam Nicholas at Fleming explains: “Fleming Yachts Australia are displaying a new F58 and F65 at SCIBS 2020. The 58 is the latest model from our Taiwan yard, and drawn by Norman R Wright & Sons in Brisbane whose expertise in designing semi displacement motor cruiser hulls is unrivalled in Australia. The 58 was created to fill the gap between the 55 and the 65 and has an engine room to die for with full headroom.”

Then there’s the iconic 65. The first Fleming 65 was built in 2004 for the company founder Tony Fleming so he could test the boat to its limits and feedback the extensive real-world experience to the design and engineering team.

At this year’s show, Integrity Motor Yachts will host the world debut of a sleek and stylish addition to the Integrity SX range, the 460 SX. The 460 SX features a two-cabin arrangement, each with private ensuite, a higher roofline and updated interior and exterior styling.

“Sanctuary Cove is the home base for Whitehaven and Integrity making it our important home show,” said company co-owner, Bruce Scott. “As the show has been running for more than 30 years, it is well established and attracts quality boat buyers.”

A SCIBS exhibitor of 21 years, Multihull Central will have an impressive range of catamarans on show in 2020, including the Seawind 1260, named ‘Best Catamaran Under 50 feet’ last year by Cruising World magazine, the popular Seawind 1160 LITE, and in the power segment, the new model Aquila 36, new Aquila 44 power cat with a revamped interiors, plus information on the iconic Outremer range of blue water cruising cats and details on new Corsair trimarans.

“Sanctuary Cove is a launch pad not only for customers to shop for new catamarans in a great atmosphere, but is also sits in the heartland of catamaran territory with South East Queensland a natural departure point to cruise the Queensland coast and South Pacific Islands,” said Multihull Central Director, Brent Vaughan.

Multihull Solutions has confirmed their presentation at SCIBS this year will include the Australian launch of the Fountaine Pajot ELBA 45 sailing catamaran, Iliad 50 and Iliad 70 power catamarans and several other vessels, still to be decided.

“SCIBS is always an integral part of our marketing,” said Andrew de Bruin, Multihull Solutions’ General Manager. “It draws extremely strong numbers of genuine buyers to see the range of new models we showcase. It is a professionally run event that always delivers excellent operational support and is a show we all enjoy being a part of each year.”

Exhibiting in the Marine Village and with several vessels on water, QMC will have a sensational display with a boat for every budget and boating lifestyle.

Making their Australian debut are the Sea Ray 400 SLX OB and 350 Sundancer which will take their place in an eight-strong Sea Ray display. From the Boston Whaler brand, QMC will show the all-new 280 Vantage and nine other models in this iconic American brand. Then in the Mastercraft marque, there will be six vessels on show and the Australian premiere of the new Mastercraft X24 or X26, yet to be confirmed.

Navigation equipment brands are concentrated in the Pavilions and this year, Raymarine hints it will be launching “an exciting new product that could be on display for the first time at boat show worldwide”, but as yet remains confidential.

Damien Weber, General Manager at Raymarine said the company always looks forward to SCIBS as an excellent launch platform for the year ahead and an opportunity to showcase new products in the Raymarine range.

“SCIBS aligns very well with the Raymarine product portfolio, catering for cruising, fishing and sailboat owners of all sizes,” he said. “The Village atmosphere and dual marina and hall aspect facilitates a great environment to engage with customers.”

These debuts are in addition to Navico’s comprehensive range of fishfinders, chartplotters, MFDs, VHF Radios and Audio options from Clarion and JL Audio.

“Sanctuary Cove boat show is always an important show for us,” said Brad Verkerk, Trade Marketing Executive at Navico. “It’s the first of the year and gives us a great opportunity to showcase new product.”

Running from May 21-24, 2020, the Sanctuary Cove International Boat Show attracts over 45,000 visitors and more than 300 exhibitors to a spectacular showcase featuring hundreds of boats and thousands of marine products across four days.

Race to the top

Race to the top