Earlier this year, Sirena Marine announced that they were capitalising on the success of their Azuree and Euphoria sailing yachts with a new focus on motor yachts.

The move appears to be a progression of the company which has been evolving its offering since it was founded in 2006. Early on, the company had an agreement with Azimut-Bennetti which led to them becoming one of the most respected yacht manufacturers in the Mediterranean and successful runs of the Azuree sailboat brand and Euphoria sailboat series. They then discovered that their expertise can be applied beyond boating and moved into producing composite and stainless steel items for rails systems, automotive, defense and heavy equipment sectors.

Last year, they developed the Sirena yacht concept: a modern-classic semi displacement GRP motor yacht market starting from 17-metres to just over 30 metres. The first two models, the 64 and the smaller 56, scheduled to debut in next February 2017 in Miami, were created by Frers Naval Architecture & Engineering and Spadolini Design Studio for interior design. 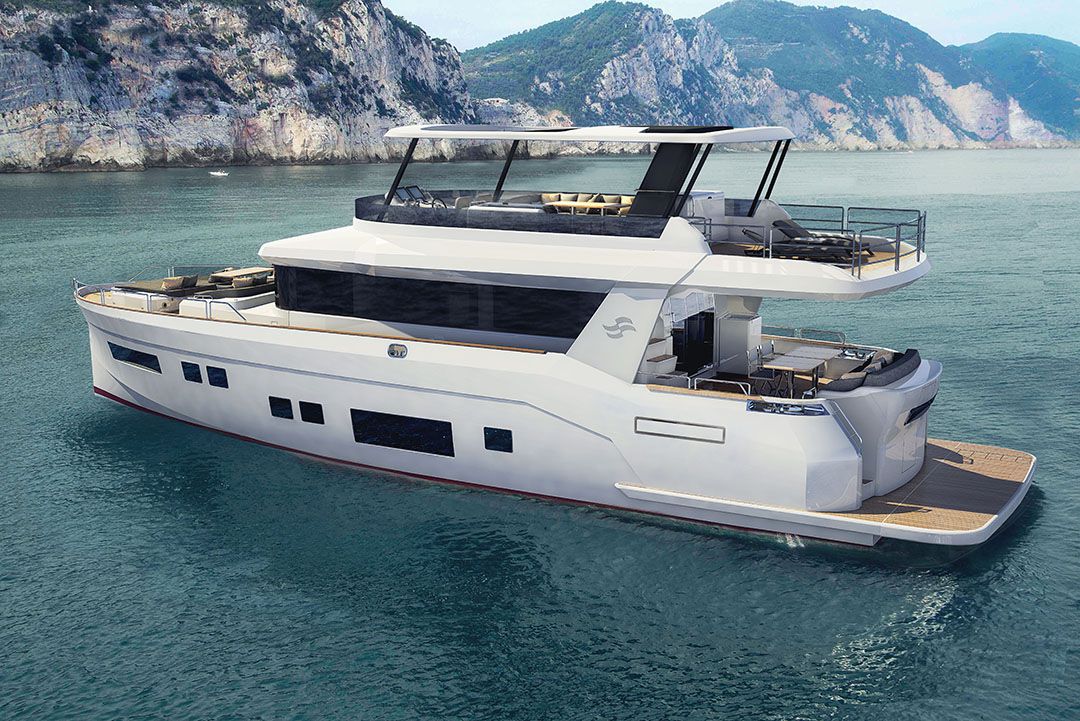 The new motor yacht will boast greater fuel and water capacity, as well as a high speed of 27 knots.

The first model of the range is Sirena 64 that, compared to others of similar size, will feature greater fuel and water capacity together with a 2 x CAT C12.9 – 850Hp that gives higher maximum speed up to 27 knots. The yard will provide the option of more powerful engines as well. Its fuel and water capacity is designed to offer long range cruising with a high consumption efficiency.

The semi-displacement hull of Sirena 64 is expected to be approximately 20 percent more efficient in consumption than competitors in this space, at its cruising speed of 16 knots. The other key characteristics of Sirena 64 is the 38-square-metre flybridge, a large living area and integration of interior and exterior spaces with the panoramic deckhouse windows.

There is also a spacious main deck of approximately 52 sqm and larger cabins. The owner’s 24-square-metre suite in particular has the biggest on the market, both in term of surface area and volume. This model has also an additional fourth WC and a large crew area with direct access to state-of-the art engine room.