Brisbane City Council has approved Rivergate’s development application for an expanded maintenance and refit hub based on the Brisbane River.

Brisbane is a major step closer to becoming the Asia-Pacific region’s premier superyacht destination and a more strategic location for defence and commercial vessels after Rivergate Marina and Shipyard gained approval for a $200-million expansion.

The expanded maintenance and refit hub will be the catalyst for jobs and an economic bonanza for Queensland’s marine and tourism industries.

Key elements of the expansion include a $35-million state-of-the-art ship lift, capable of lifting vessels of up to 3,000 tonnes and 90 metres. A new hardstand space, sheds and berthing to service multiple large vessels at the same time are also expected. 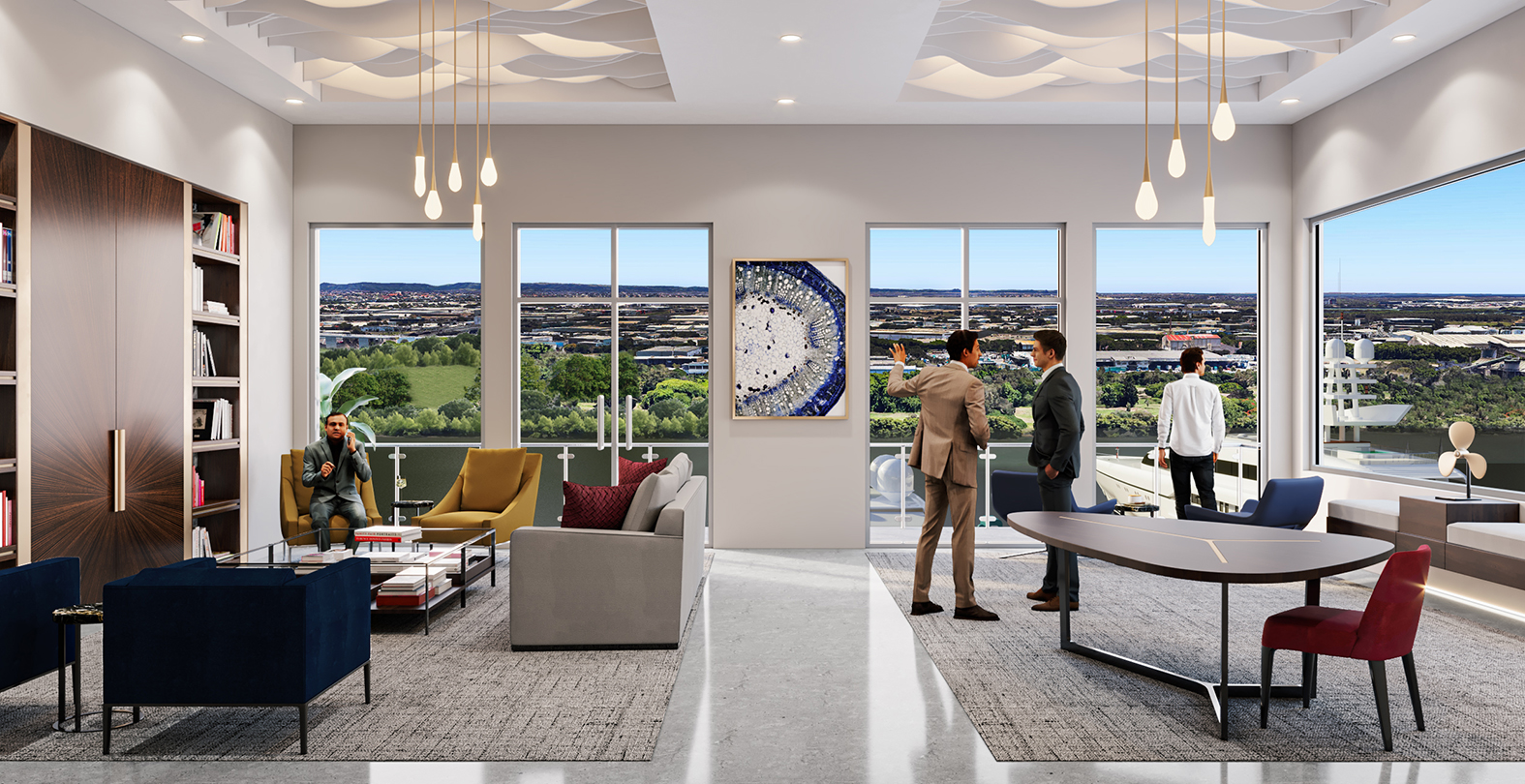 Visiting owners and crew will benefit from the Captains Lounge and Library. 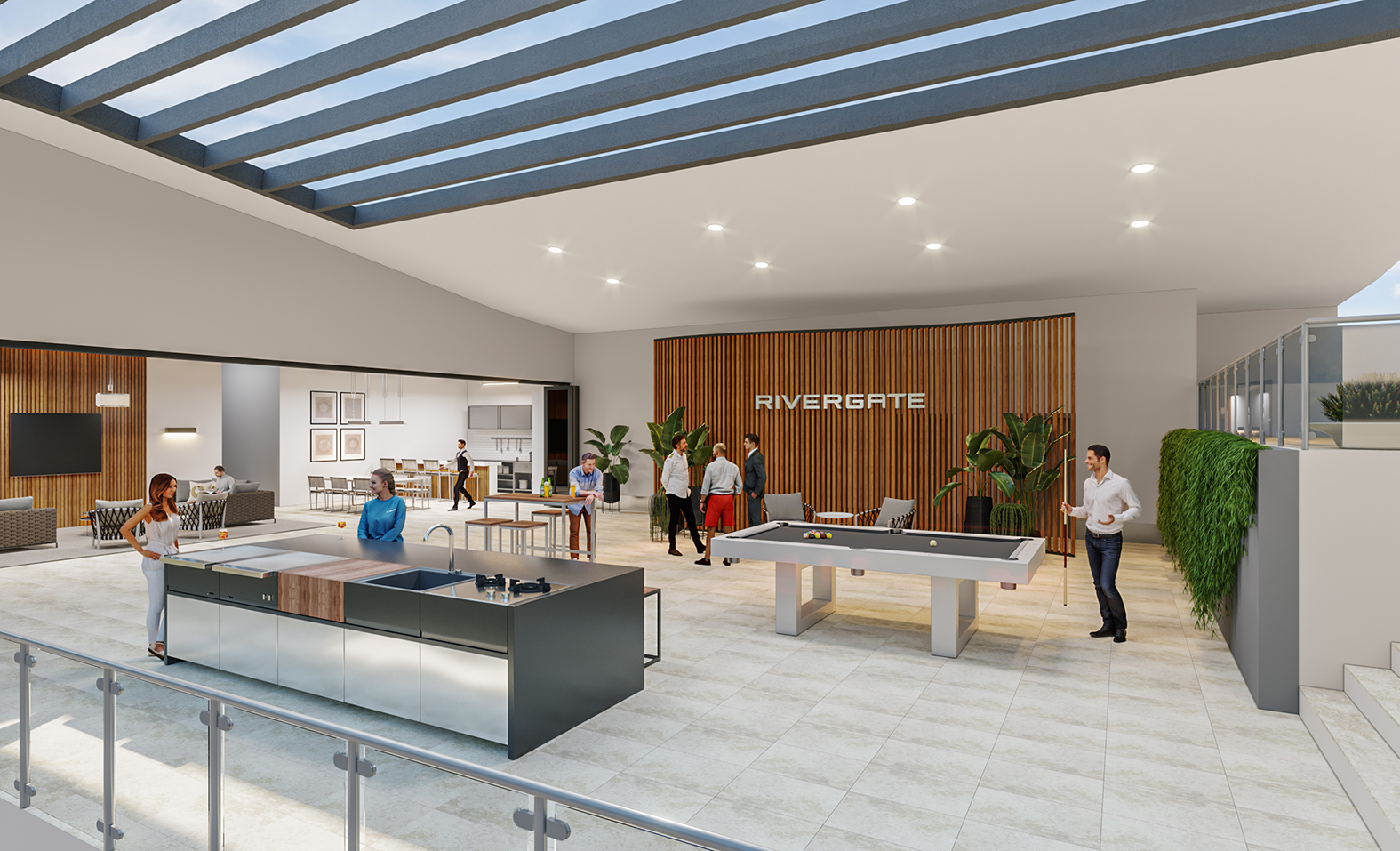 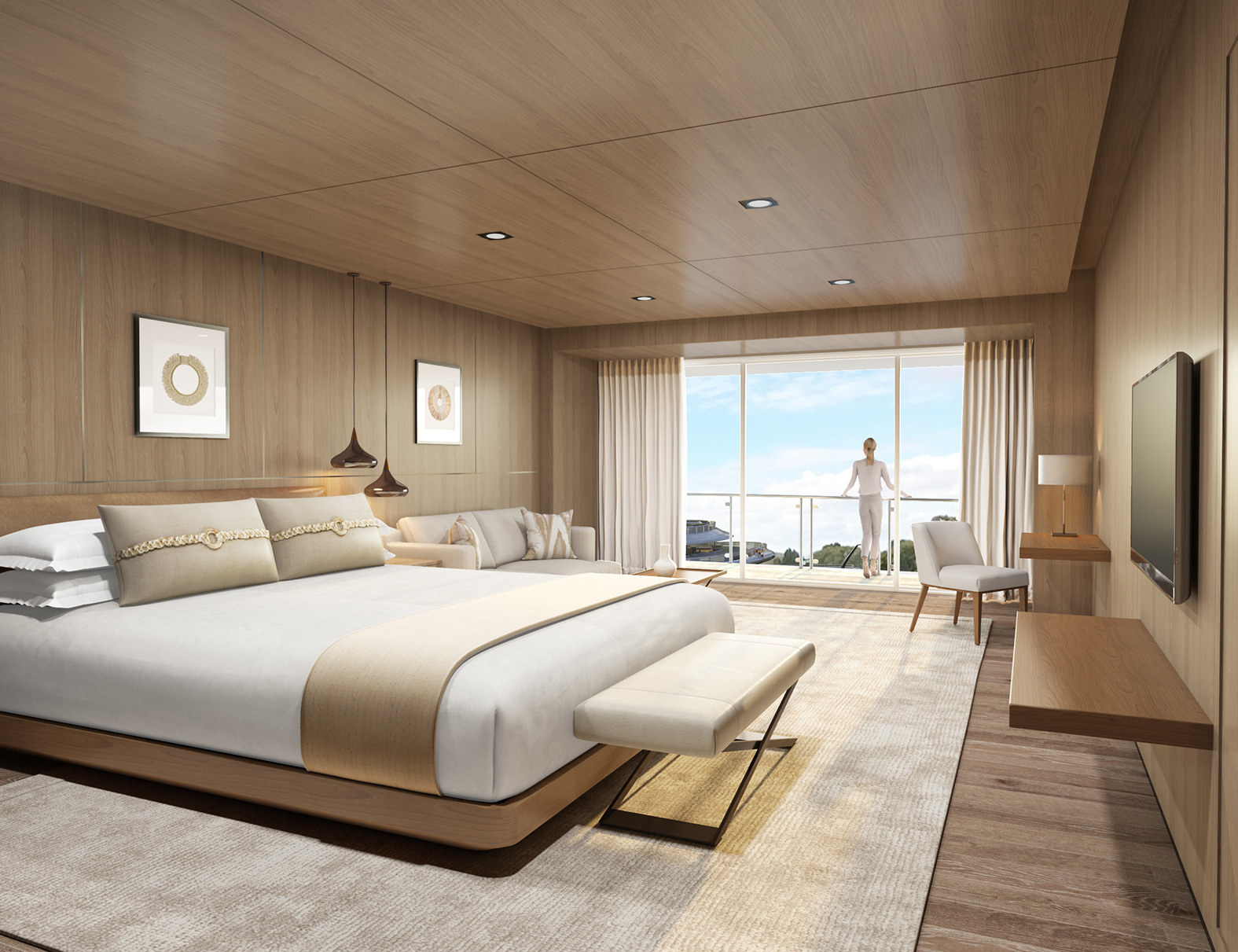 On completion, the expansion will generate an estimated 2,000 new jobs for marine and tourism sectors and inject close to $1 billion into the Queensland economy each year, ensuring the region’s maritime industry is ready for the 2032 Olympic Games.

Rivergate Director Tom Hill welcomed the development approval, which he said recognised the project’s potential to support a range of industries within Queensland and bolster Australia’s sovereign capability amid increasing global security tensions.

“This approval means our expansion is now shovel-ready and just waiting on government funding support to get under way,” he said.

Hill said the project represented a step change for the maritime industry that would make it possible for an estimated 60 additional superyachts to visit Australian waters each year.

“Brisbane is already an ideal location for servicing and repairing superyachts, several classes of defence vessels and other commercial shipping,” he said.

“This expansion would provide owners and captains of large recreational vessels with the assurance that world-class facilities are available for both routine and unplanned maintenance works while they are cruising in our region.

“It will also fill a much-needed gap in defence and commercial vessel maintenance on Australia’s east coast, eliminating the current necessity for some vessel classes to be serviced elsewhere in Australia such as Perth or Adelaide due to a lack of lifting capacity.

“We have turned away around $50 million in business in the past year because there’s nowhere in Australia that can lift the kinds of vessels that are eager to come to Australia for refit and maintenance.” 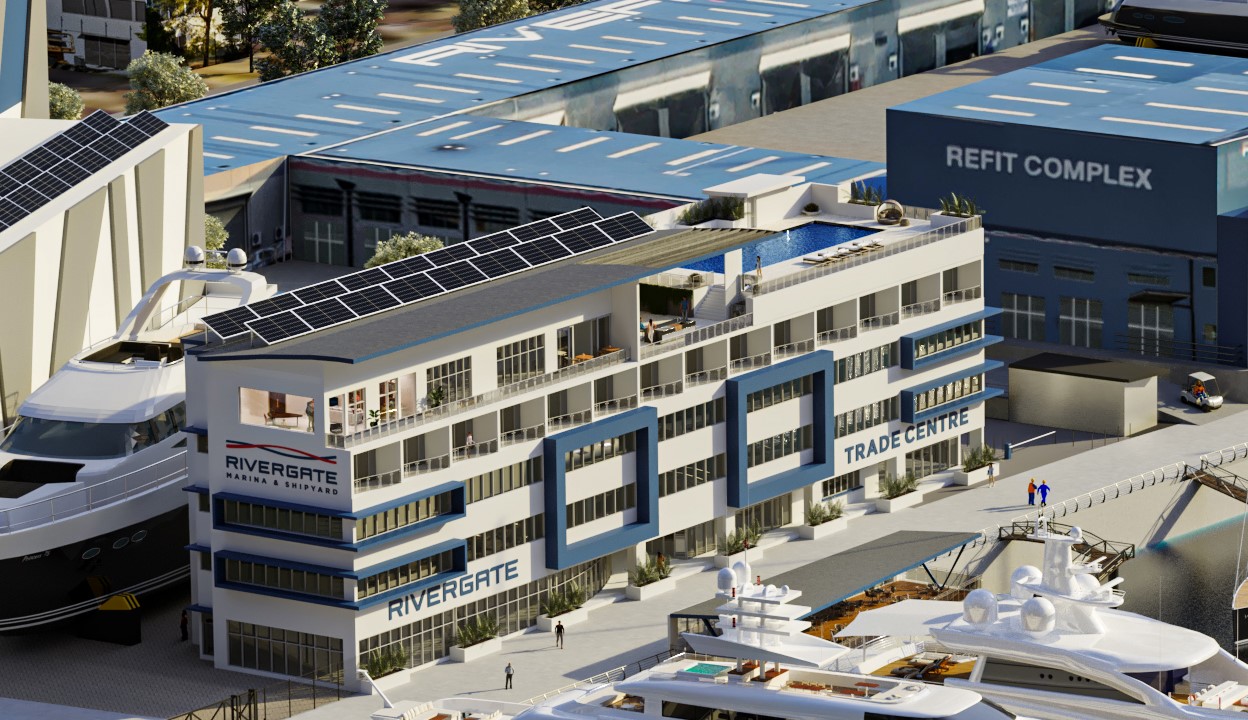 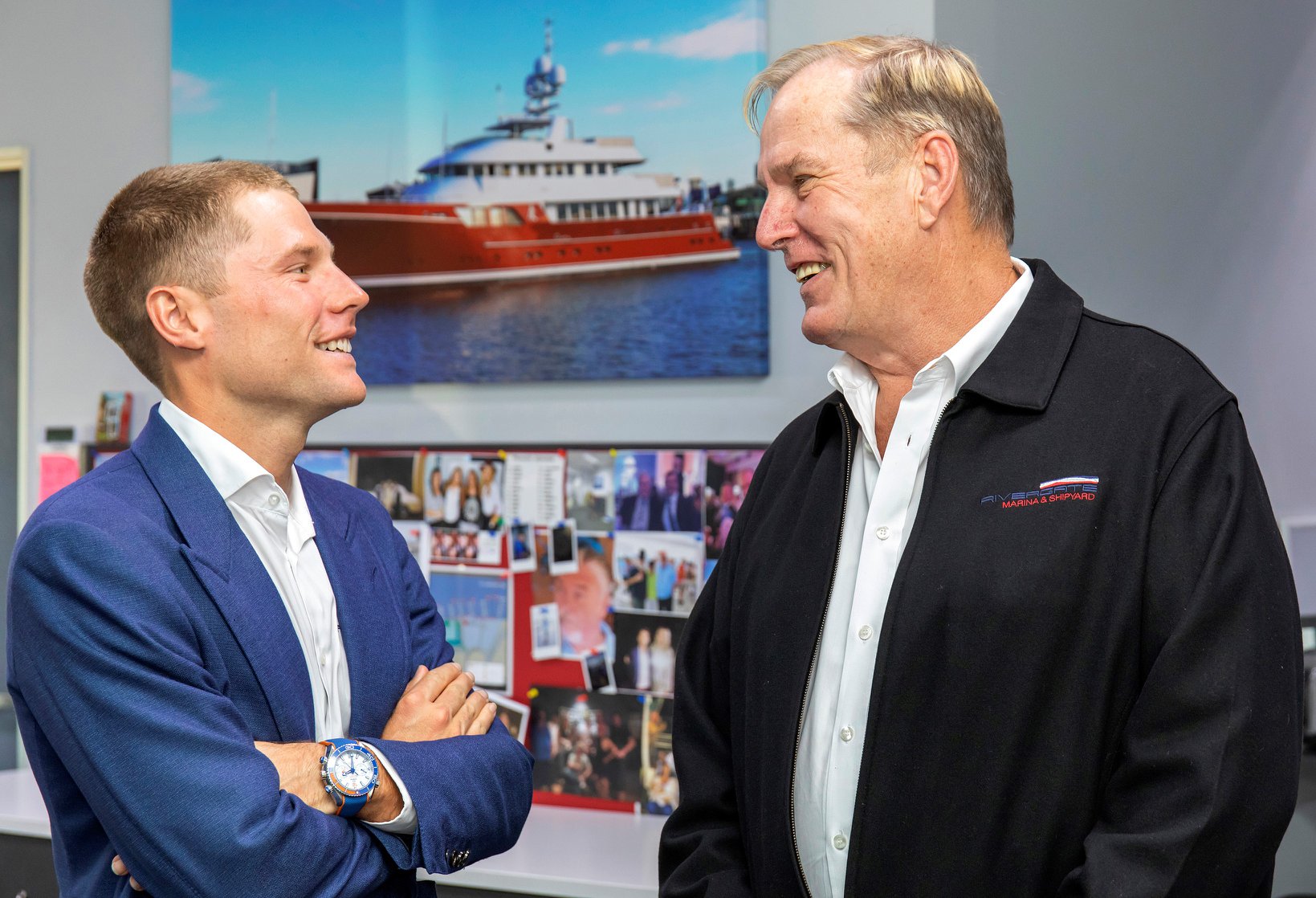 “The Trade Centre for Excellence will fill the need for a training facility to supply our industry with the next generation of skilled trades and professionals,” Hill continued.

“There’s a skills shortage. And as the number and size of vessels increases, so too does the requirement for skilled labour.

“The demand is there now. Queensland TAFE is supportive of the concept of the Trade Centre for Excellence and we see it as a combination of TAFE and private training organisations, working together to provide an holistic offering.”

The multi-award-winning Rivergate Marina and Shipyard was established in 2006 and is recognised as one of the top three superyacht shipyards in the world. It is widely respected for its skilled trades, safe environment and warm hospitality.

Rivergate is a customs clearance marina and offers deep-water access on all tides, near-perfect weather for year-round operations and easy access to capital city services, including the 24-hour Brisbane International Airport only ten minutes away.