To celebrate 175 years of winemaking, Penfolds have released a new, rare wine from the 2016 vintage – Special Bin 111A Clare Valley Barossa Valley Shiraz 2016.

Special Bin 111A was officially revealed at a 175th Gala event held at Penfolds Magill Estate Winery, in front of 100 VIP guests from around the world.

Made only in extraordinary circumstances, and it has been almost a decade since Penfolds last released a Special Bin wine. Special Bin 111A is a superb example of contemporary Penfolds winemaking philosophy; an impressively concentrated wine with balance and character, feasibly destined to become an Australian classic. Blended from not one but two esteemed South Australian Shiraz vineyards, the wine is an altogether new style and at once ‘special’: aromatically, structurally, texturally, cerebrally.

Following in the footsteps of the fabled 1962 Bin 60A, the new release has already caught the attention of wine critics globally, lauded a perfect 100-point score from Robert Parker’s Wine Advocate. 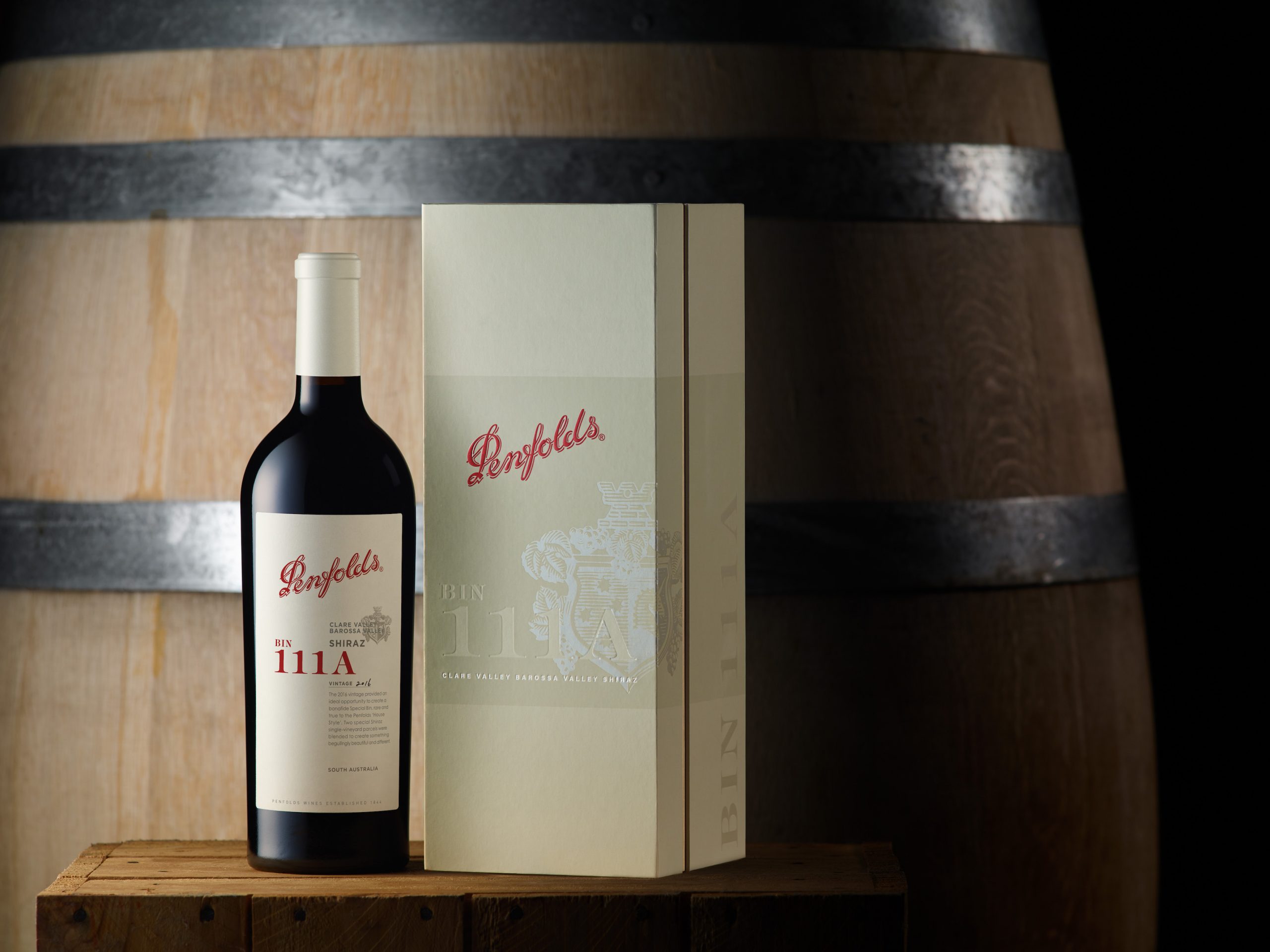 “Bin 111A is an authentic Penfolds Special Bin, rare and true to the Penfolds ‘House Style’.

“Special Bins are pathfinding vintages and are only released if they offer something extra, different and unique. These wines make a very important statement about Penfolds and they also represent a heritage of curiosity, experimentation and Australian wine making innovation first started by Penfolds 175 years ago,” said Peter Gago, Penfolds Chief Winemaker.

In 2020, the Gersch Vineyard in the Moppa district of the North-Western Barossa Valley will commemorate an uninterrupted centenary of supplying grapes to Penfolds. Gersch Vineyard fruit has been included in four of the last ten Grange blends. Fruit from Blocks 2 and 7 were selected for this wine. Independent grape growers have been supplying Penfolds for over one and a half centuries.