Multihull Solutions in Australia has been appointed as the Asia Pacific dealer for Rapido Trimarans.

Rapido Trimarans has appointed Multihull Solutions as the Asia Pacific dealer for its innovative range of ocean-cruising trimarans.

The Rapido Trimarans range, comprising the Rapido 60, 50 and 40, are receiving international acclaim for their remarkable speed, performance and value.

Designed by naval architects Morrelli & Melvin Design and Engineering, and built by Triac Composites in Vietnam, Rapido Trimarans feature outstanding stability and excellent speed, with their shallow draft enabling them to access anchorages off limits to most other vessels.

The trimarans can be sailed short-handed with centralised systems, Karver reefing hooks, self-tacking furling jibs, furling reacher and stay sails, and they have been constructed to optimal safety standards for peace of mind in the most rigorous conditions.

Rapido have also developed a folding trimarans system making their new Rapido 40 and 50 models available with a folding mechanism that will allow them to access monohull marina berths. 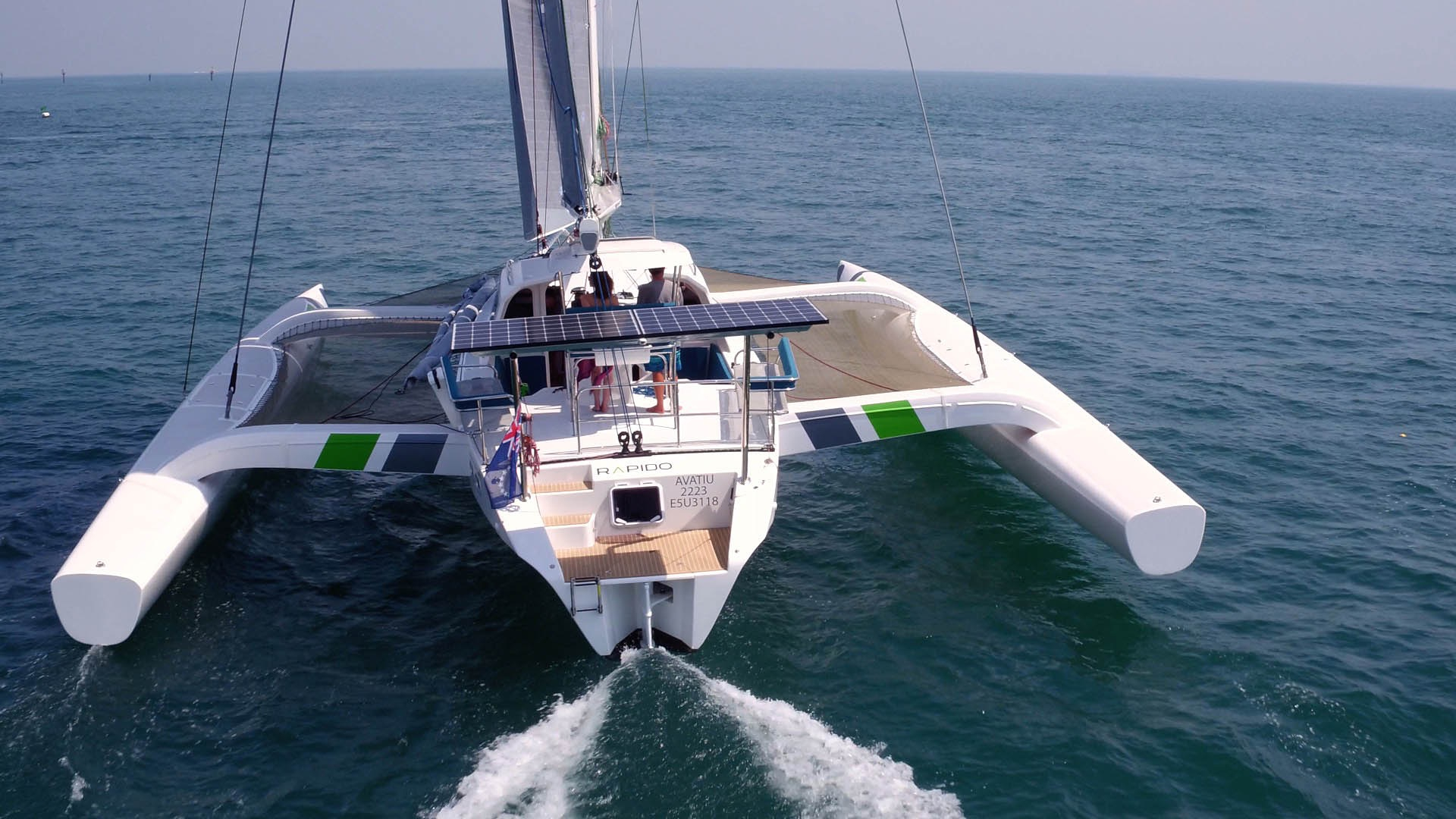 The Rapido folding system keeps the floats vertical when in the folded position, preventing growth from occurring on the sides of the floats and ensuring they remain in pristine condition.

The Rapido system also adds to the overall strength of the boat by reducing the loads on the beams when sailing without adding any length to the boat when folded.

Further information on the Rapido Trimarans range can be obtained by contacting Multihull Solutions.