Sealegs International today announced the Australian commencement of its Amphibious Boat Builders Program. The program has been established by Sealegs to give traditional boat builders outside New Zealand access to its patented amphibious technology, and was driven by the international demand for a greater variety of models and applications.

Sealegs Chief Executive Officer David McKee Wright said “the launch of the Boat Builders Program will not only expand the market potential for amphibious boats, it will also focus Sealegs on its technology. In focusing on Sealegs technology the company will be able to leverage the skills and resources of existing boat manufacturers, working locally in international markets to bring new models to market faster”.

Boat builders such as Stabicraft, Asis Boats and Gemini Marine have all successfully integrated Sealegs technology into hulls in their range, and these collaborations have helped to create and embed the processes behind the program. 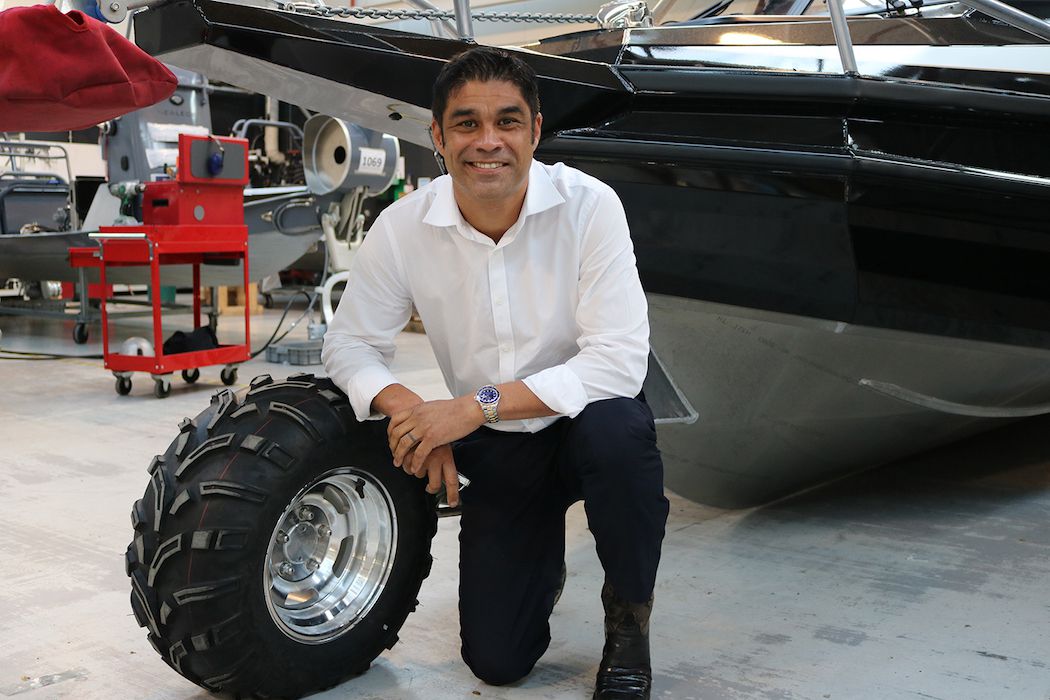 Boat Builders who take advantage of the program and integrate Sealegs Amphibious Enablement System into their designs will benefit by differentiating themselves in their local market or specific application – and expand their revenue streams. End users also benefit by gaining access to a customisable solution, local support and a product developed specifically for their conditions or specifications.

Sealegs will support new Boat Builder partners through a rapid initial assessment and a review of technical specifications, drawings, weight calculations and donor hull considerations. As they move to integrating the right Amphibious Enablement System for their hull, Sealegs will assist with technical feasibility analysis, design and prototyping.

McKee Wright went on to say “through collaboration with international boat builders the market for amphibious boats will grow for the benefit of all involved.

The future of all industry is based on new technology; Sealegs is not only a new marine technology – it’s a proven one. It’s because of this we know that boat builders will benefit not just from the integration with the Sealegs Amphibious Enablement System, they will get the benefit of our years of development and experience in the amphibious industry”.