Maritimo kicked off the Sydney International Boat Show announcing the company’s latest design and manufacturing strategy along with three new M-Series Flybridge Motoryachts being created within the company’s newest division, Maritimo One.

Maritimo One is the latest division to commence operation within the $13 million-dollar state of the art expansion at the Maritimo Gold Coast manufacturing facility.

The development of three heavily customised M-Series Flybridge Motoryachts tailored to a range of customer needs marks the start of the new division.

“Maritimo has been internationally renowned for the level in which it enables client customization, where other brands have set limitations,” said company lead designer, Tom Barry-Cotter.

“Due to the company’s sales success and subsequent growth of production in recent times, the need surfaced for a more systemized approach to the customization of boats in order to maintain production efficiencies within the standard model range.

“Maritimo One was established to uphold the brand’s identity and reputation for enabling customers to tailor a vessel to their specific needs or environment, whilst taking the potential degree of that customization to new levels. 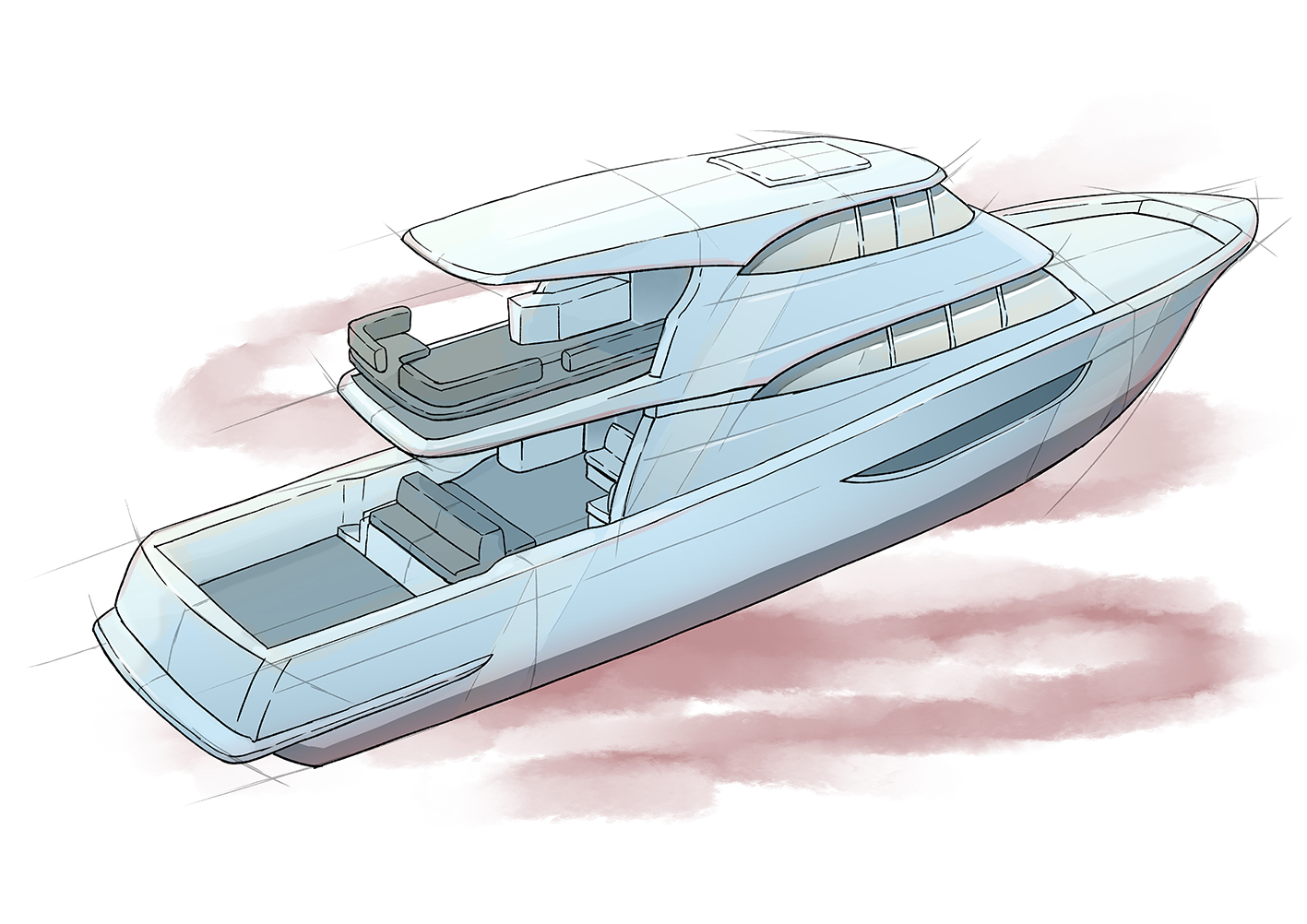 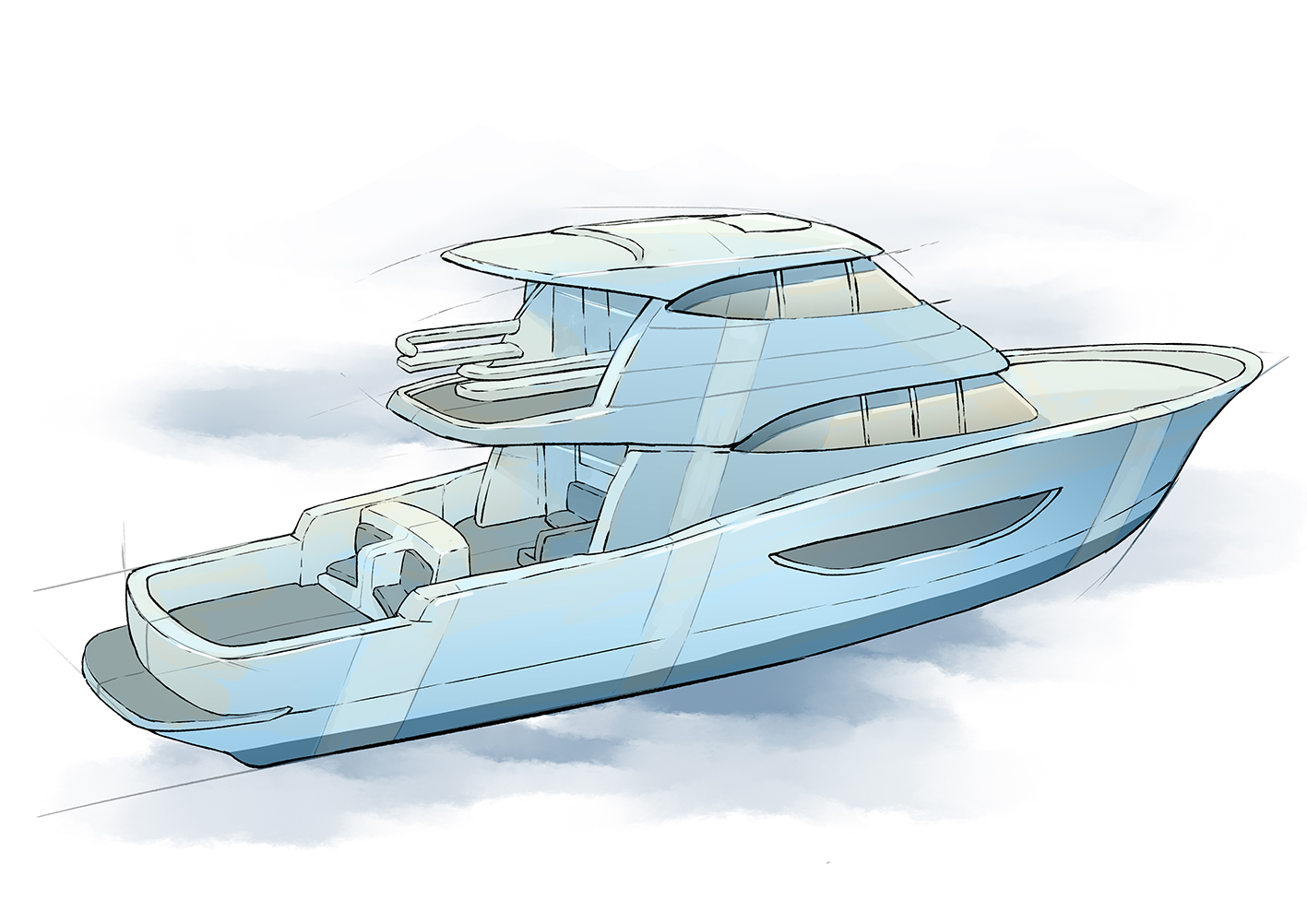 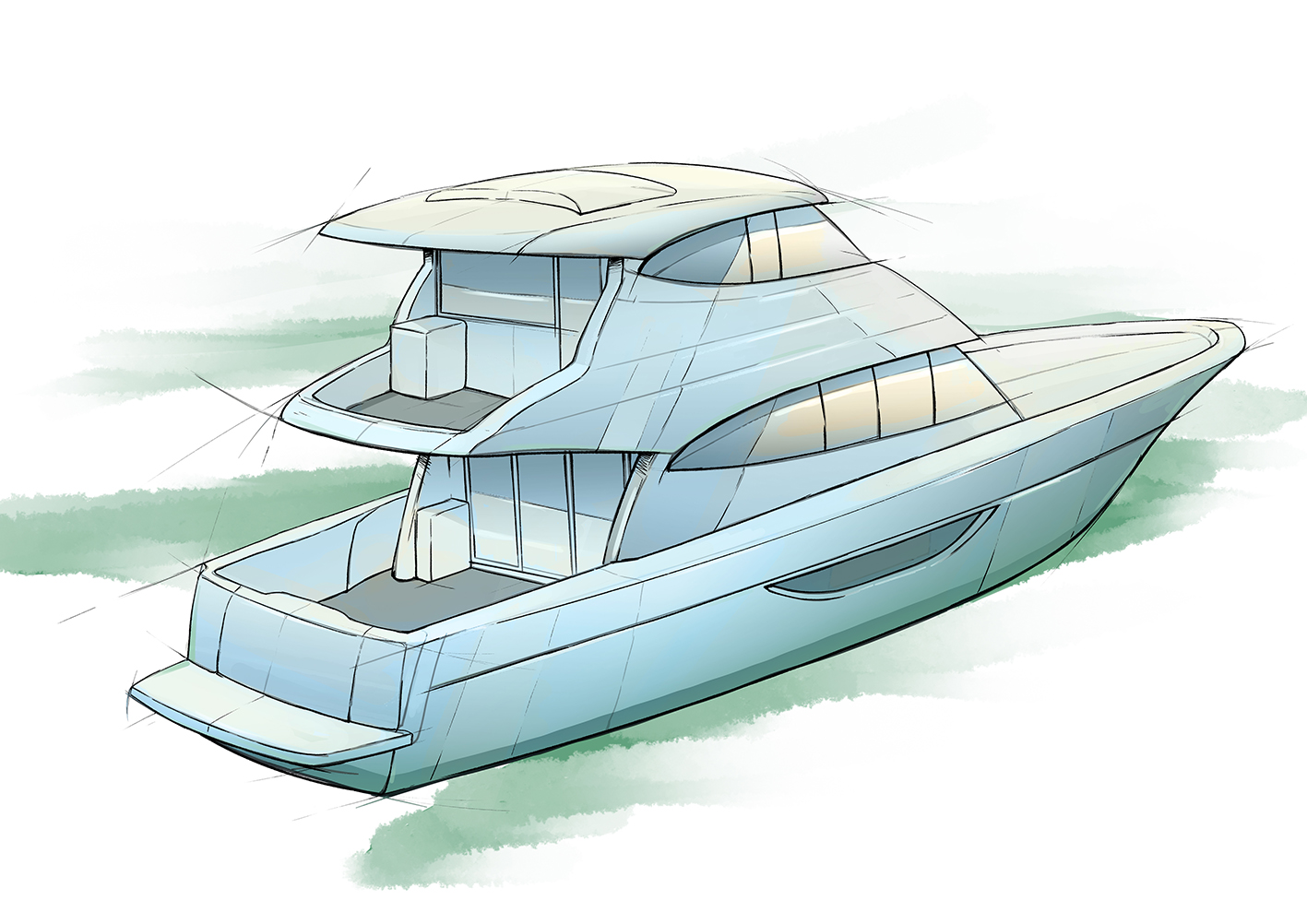 “It is all about one on one design and development time with customers and providing a personalised service that results in Maritimo One customers getting a boat that is a one off and unlike another other vessel.”

The three specialised M-Series Flybridge Motoryachts, all with varying requirements and degree of customization, have been in development for several months at the new McPhail Road facility.

Also announced on the opening day of SIBS, Maritimo’s “global outreach strategy”, which will focus on promoting the brand in Europe, The Americas and the Middle East.

The company is on target to increase its global sales into these markets predicting more than 50 percent of its overall production this financial year will be exported offshore.

CEO Garth Corbitt said the Queensland based manufacturer had just completed a $13 million expansion of its production facility at the Coomera Marine Precinct and now had set in place a global network of representatives to drive its international expansion strategy.

“Our product line is as diverse as it has ever been, our investment into R&D is paying off handsomely and our physical production footprint has almost been doubled in the past 18 months providing the capacity for future expansion.”

Corbitt said Maritimo in the Americas was already producing significant results with the team led by Maritimo Americas’ President Dave Northrop recording total sales in the past year in excess of US$20 million.

Maritimo is in the final stages of negotiating the appointment of a Barcelona based representative to head up its European operations.

“We have had lengthy discussions with them and I am confident an arrangement will be finalised shortly,” said Corbitt.

Corbitt said Maritimo was also in discussions with a major company in the Middle East and was seeking to open up that marketplace. “The company we are speaking with is the leading importer and distributor of luxury automobile and marine products in Saudi Arabia,” he said. “It has more than 800 employees.”

Closer to home Maritimo is achieving strong sales in New Zealand. “Our international strategic roll-out has been several years in the planning and now all the pieces are finally being put in place for its expansion,” said Corbitt.