Welcoming the company as naming rights sponsor of the 1250 nautical mile race, Robert McClelland, chairman of the RPAYC race organising committee said: “We are thrilled to be entering this partnership with Moonen Yachts. Their commitment to producing global voyaging vessels of the highest standard adds to the prestige and is a good fit for this new yacht race.”

Commenting on their sponsorship, Matthew Baxter noted: “It’s our goal to present Moonen Yachts to the world, to a larger audience. And of course, with Sydney Harbour in our backyard and our connection to New Zealand, we’re proud to bring the brand to the South Pacific.” 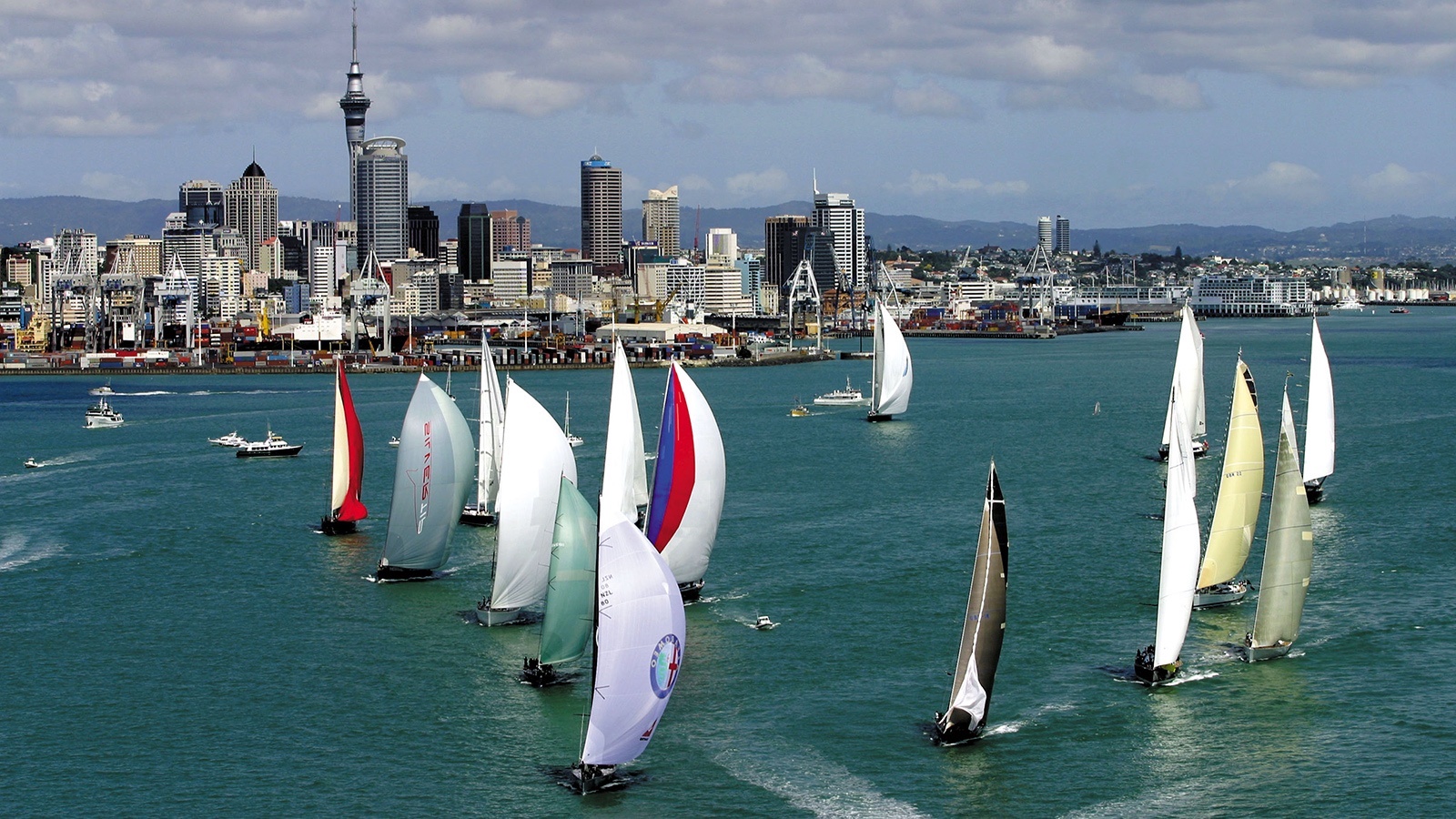 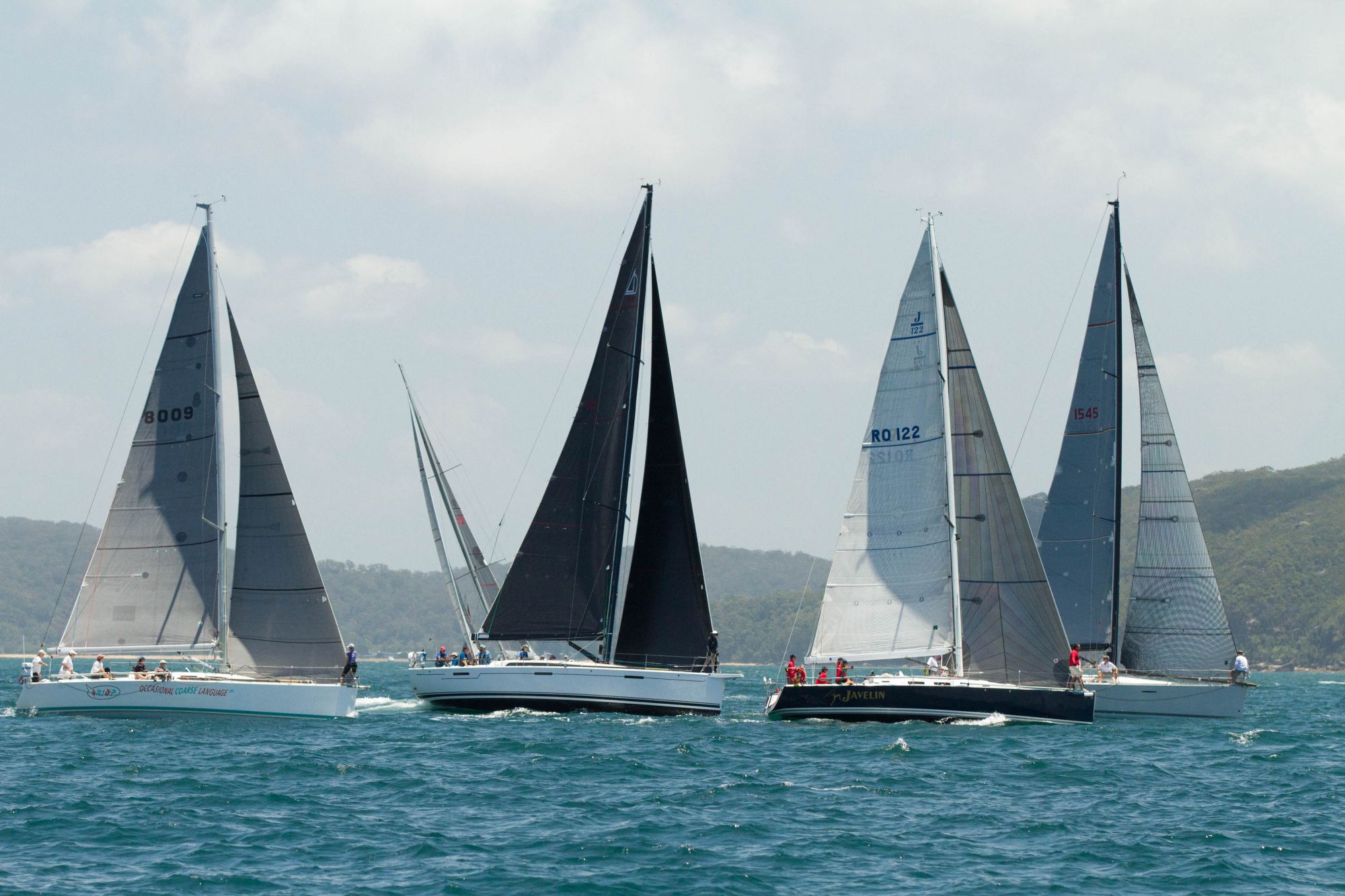 The Baxters first connected to the brand when they spotted a Moonen yacht in Pittwater, where the RPAYC is also based: “We were curious because she stood out. It was love at first sight,” Louise Baxter commented.

“The brand is impeccable, no question, and the team is very talented,” added Matthew. “They’re all very passionate about what they are building.”

Matthew and Louise Baxter live in Sydney and are no strangers to yachting. “I started sailing when I was eight,” said Matthew, who heads AM Group, a global group of manufacturing companies he founded in 1972 – the same year the couple bought Barbarian, a Sparkman & Stephens design, which they still own. The pair subsequently purchased a Finnish Swan 60.

“We sailed all over the Pacific in that boat. I circumnavigated New Zealand and I’ve sailed to Noumea with Louise five times,” he said.

Open to yachts, inclusive of a double-handed division, superyachts, multihulls (OMR rated) and incorporating a rally for cruisers, the Moonen Yachts Sydney to Auckland Ocean Race is less than a year out now and has already attracted serious interest from some high-profile yachts and crews and others who are keen to make their mark in the inaugural race.

Two-time Sydney Hobart winner and multiple top three-placegetter, Quest, a TP52 from NSW owned by Bob Steel and Craig Neil, is one of the early entries. Among the RPAYC entries for what is sure to become a popular addition to the offshore racing calendar are the modified IC45, Pretty Woman, co-owned by RPAYC Commodore Michael Lockley/Richard Hudson/Russell Murphy and Wings, a Dehler 46 owned by Ian Edwards.

“We are looking forward to the Sydney-Auckland Race in early 2021. We’ve built a great team over the last three years from people on crew registers and their friends,” Edwards said. We enjoy sailing together and sail safe, enjoy the journey, always strive to meet the expectations of the racing rules. And yes, sail as fast as we can,” he ended.

Timed to slot nicely between the 2020 Rolex Sydney Hobart in December, the 36th America’s Cup (starting 6 March) and the 150th anniversary of the Royal New Zealand Yacht Squadron (RNZYS), the Category 1 race starts on 30 January, 2021, at 1pm on Sydney Harbour and finishes off the RNZYS.