Gulf Craft celebrated a significant milestone with its flagship superyacht Majesty 175 successfully completing her maiden sea trial. The yacht, which is due for delivery later this year, was sold to a prominent UAE businessman.

The highlight of the Majesty 175’s first sea trial was her remarkable manoeuvrability, speed, robust hull and rigidness. The Majesty 175 undertook a series of inclination experiments for multiple factors at sea in which she reached a top speed of 17 knots powered by her twin heavy duty MTU 12V 4000 M63 engines, delivering 1500kW each.

“When we announced Majesty 175 at the 2016 Monaco Yacht Show, we had a single-minded goal: To create a masterpiece megayacht with exceptional design and performance standards. Our team worked for four years at our facility in Umm Al Quwain to build this magnificent composite megayacht, our largest project to date.” 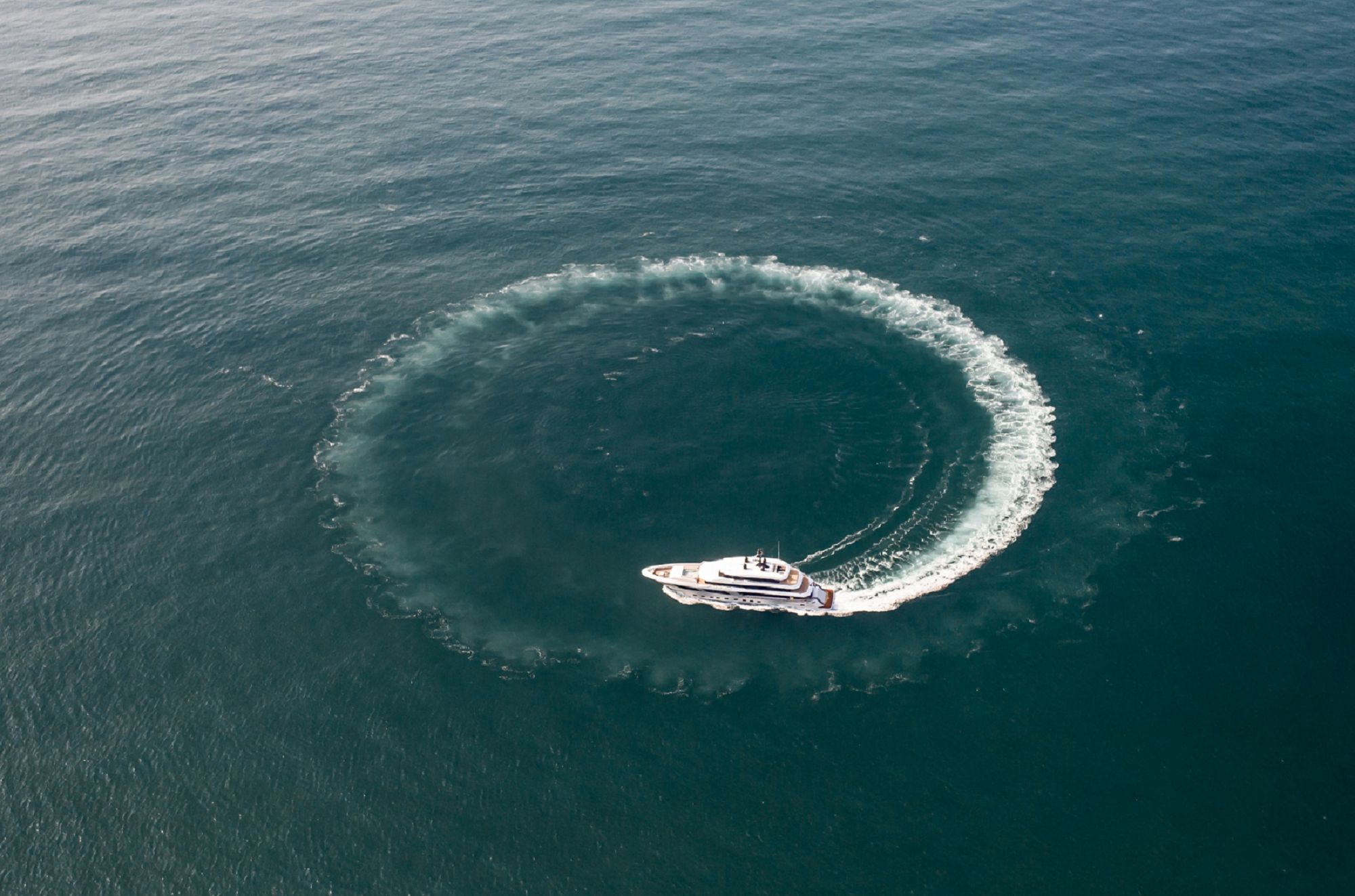 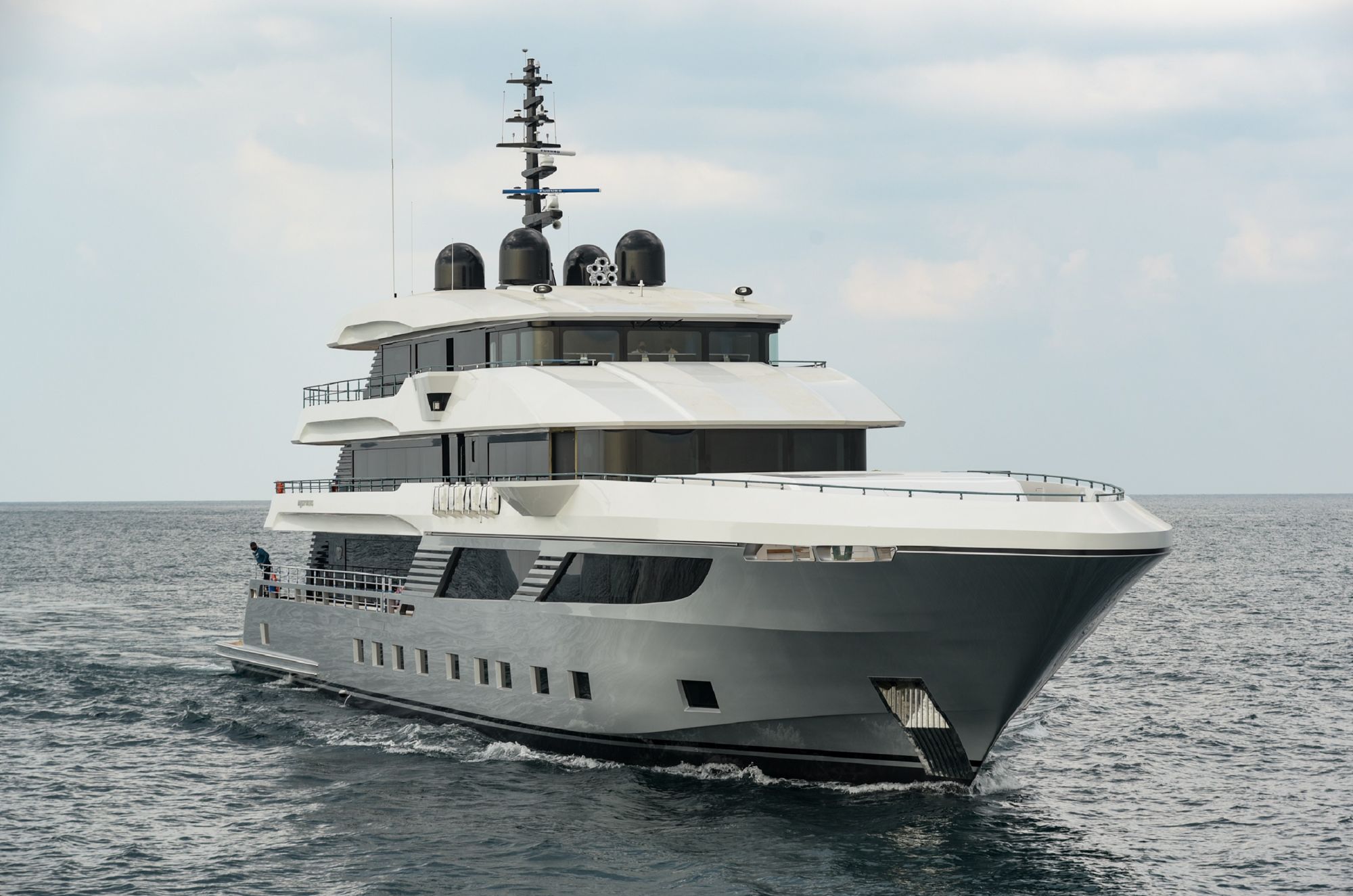 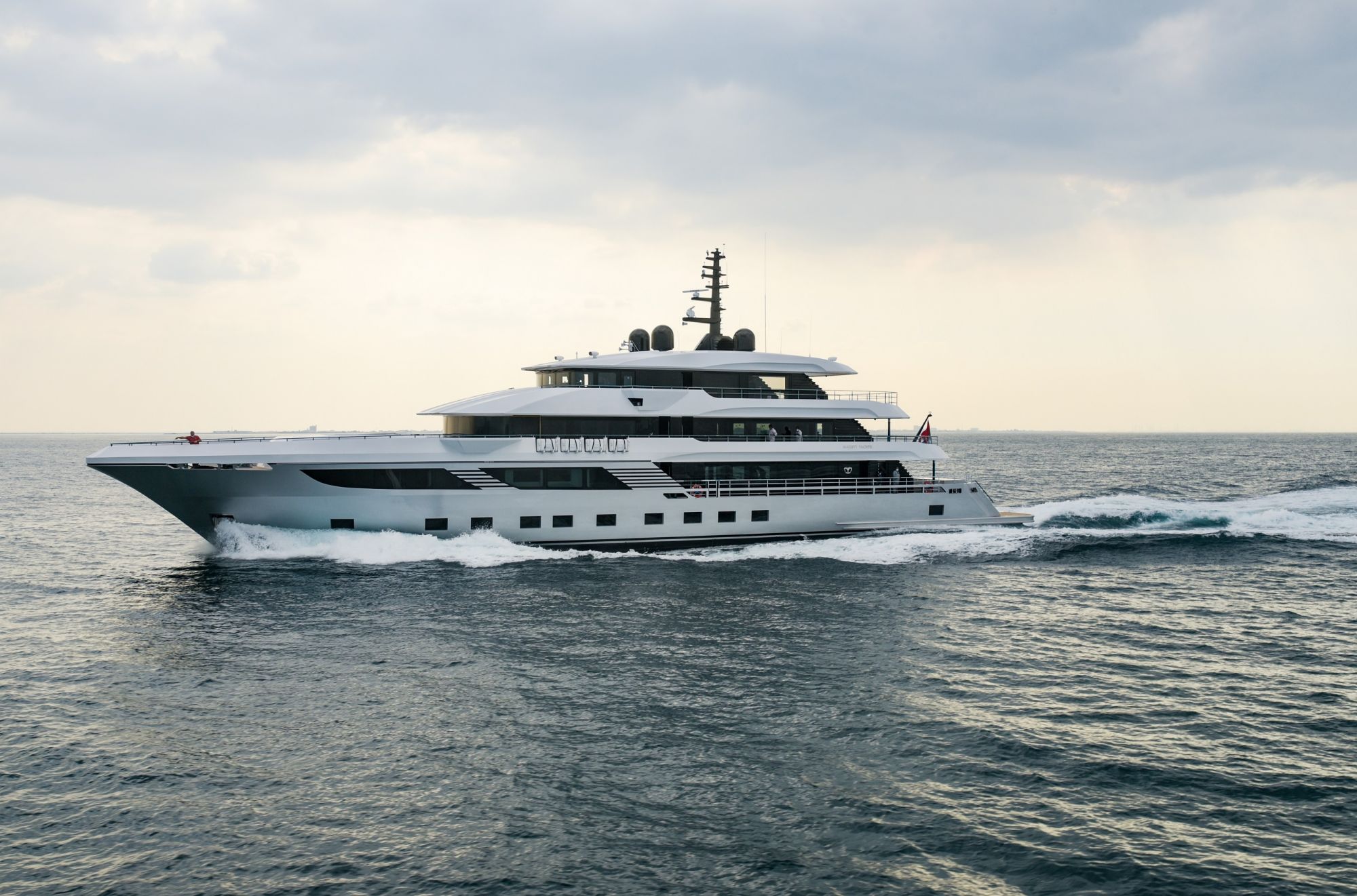 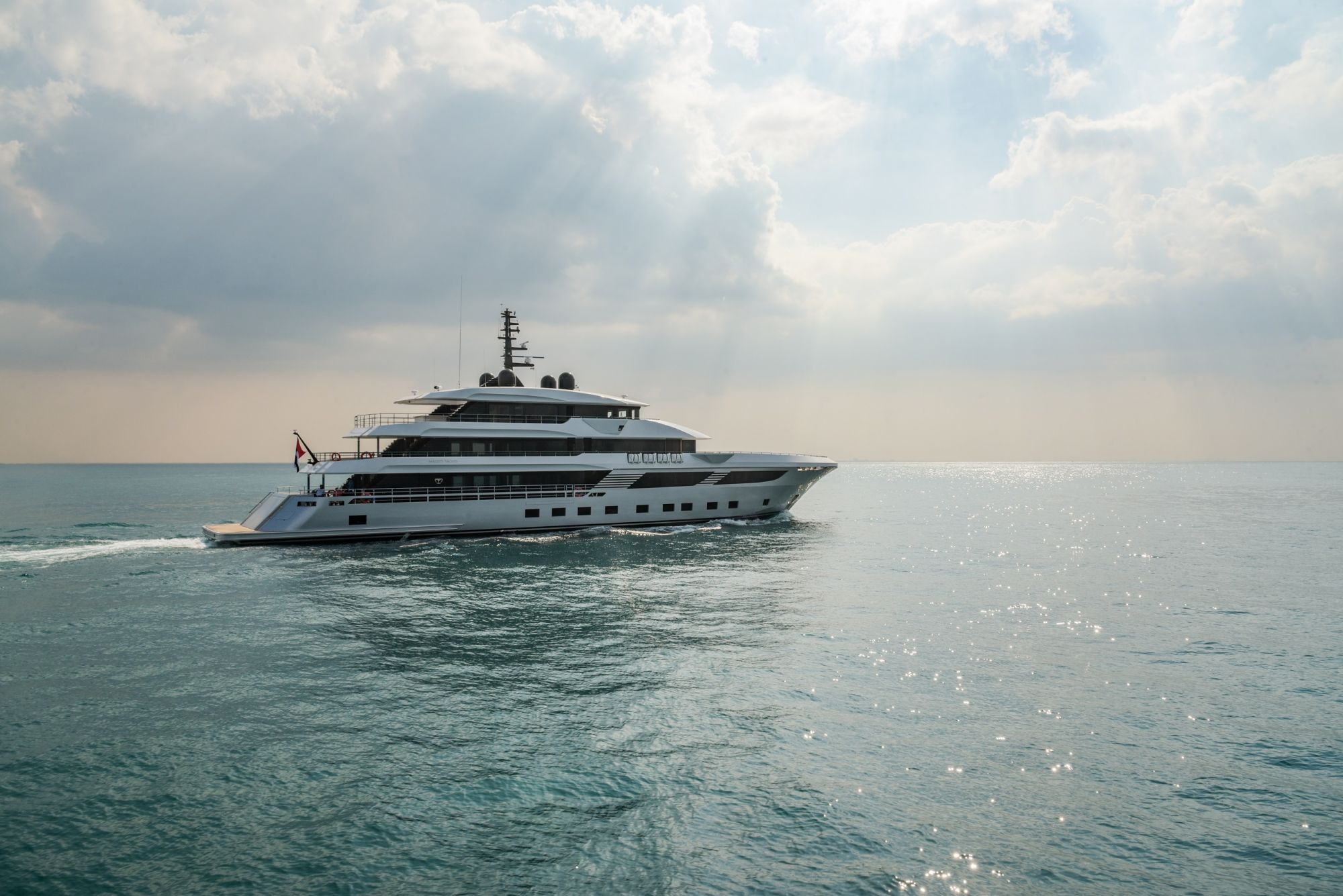 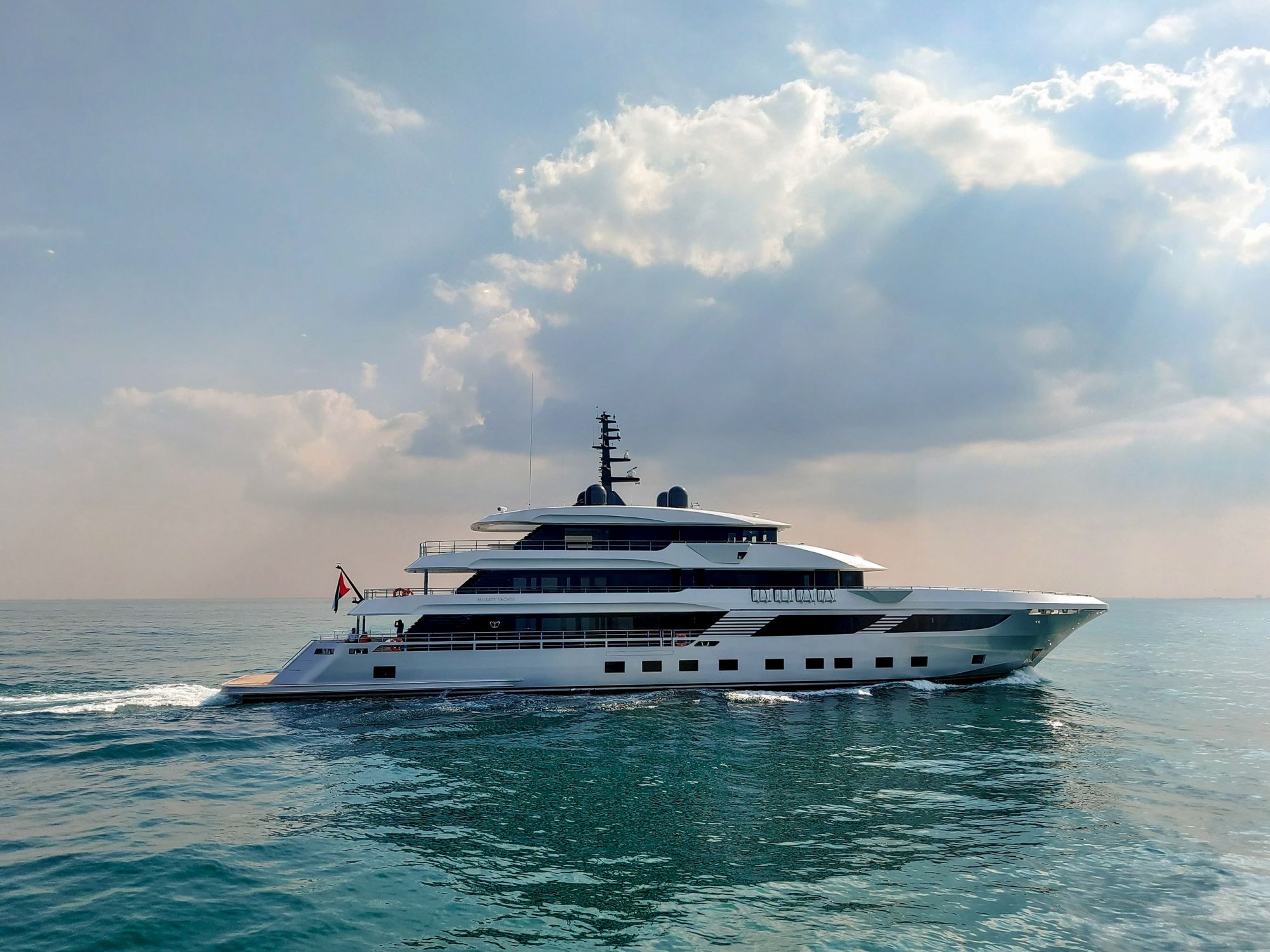 Majesty 175 has a beam of 9.62 metres. Despite its gross tonnage (GT) of 780, she can cruise even through low-draft areas, drawing just 2.25 metres of water, as she is built using advanced composite materials such as carbon fibre and vinylester. The shallow draft also enables close beach access.

Majesty 175’s exterior and interior design are by the Cristiano Gatto Design Studio in Italy. The naval architecture is by Massimo Gregori of the Yankee Delta Studio.

Majesty 175’s stand-out features include a 5-metre infinity pool at the forward deck and a hybrid sky-lounge that can be converted to an open sun deck.

The smart layout accommodates guests in seven lavish staterooms and a crew of up to 10 members with six large crew cabins and a private captain accommodation.

At the helm during the Majesty 175’s maiden sea trial was Captain Patricia Caswell, Gulf Craft’s Quality Control Manager. She said: “We are excited to have taken this beauty out to sea. She has performed brilliantly on her first sea trial covering multiple factors, including the engines at full speed, the pair of generators, and fin stabilisers as well as the navigation and telecommunication systems. Preliminary noise and vibration levels are outstanding, and these will continue to improve when the entire interior elements are completed.”