Growing numbers of yacht enthusiasts are departing the crowded anchorages of the Mediterranean and Caribbean to embark on grand, life-changing adventures, exploring extremes from the icy Northwest Passage to the tropical Pacific.

Guests and crew embarking on the Great Southern Route – or sections of it – are creating their own rites of passage: taking an icy polar plunge off the aft deck in Antarctica, paddle-boarding up a steamy jungle river in South America, or diving among the ruins of Japanese warships in a Pacific lagoon.

From dining on a sandbar in the Maldives surrounded by phosphorescence to clearing a space for the tender to land among squawking penguins in South Georgia, the experiences create memories far beyond the milk run.

For Ben Lyons, CEO of EYOS Expeditions, which organises expedition yacht charters and logistics in some of the world’s wildest locations, it is the animal encounters that have had the most dramatic impact.

“About a year ago we were in Antarctica, and we’d just finished having dinner with the guests,” he remembers. “The sunsets in Antarctica linger on and on; there were all these colours across the sky, the water was mirror-still, and the yacht was surrounded by snow-capped mountains running down to the sea.

“We put the Zodiac down into the water and all of a sudden there were humpback whales feeding all around us. It was this incredible combination of movement and sounds, whales breathing, water splashing, and silence.

“It was one of those moments where you think, How could you be any luckier?” 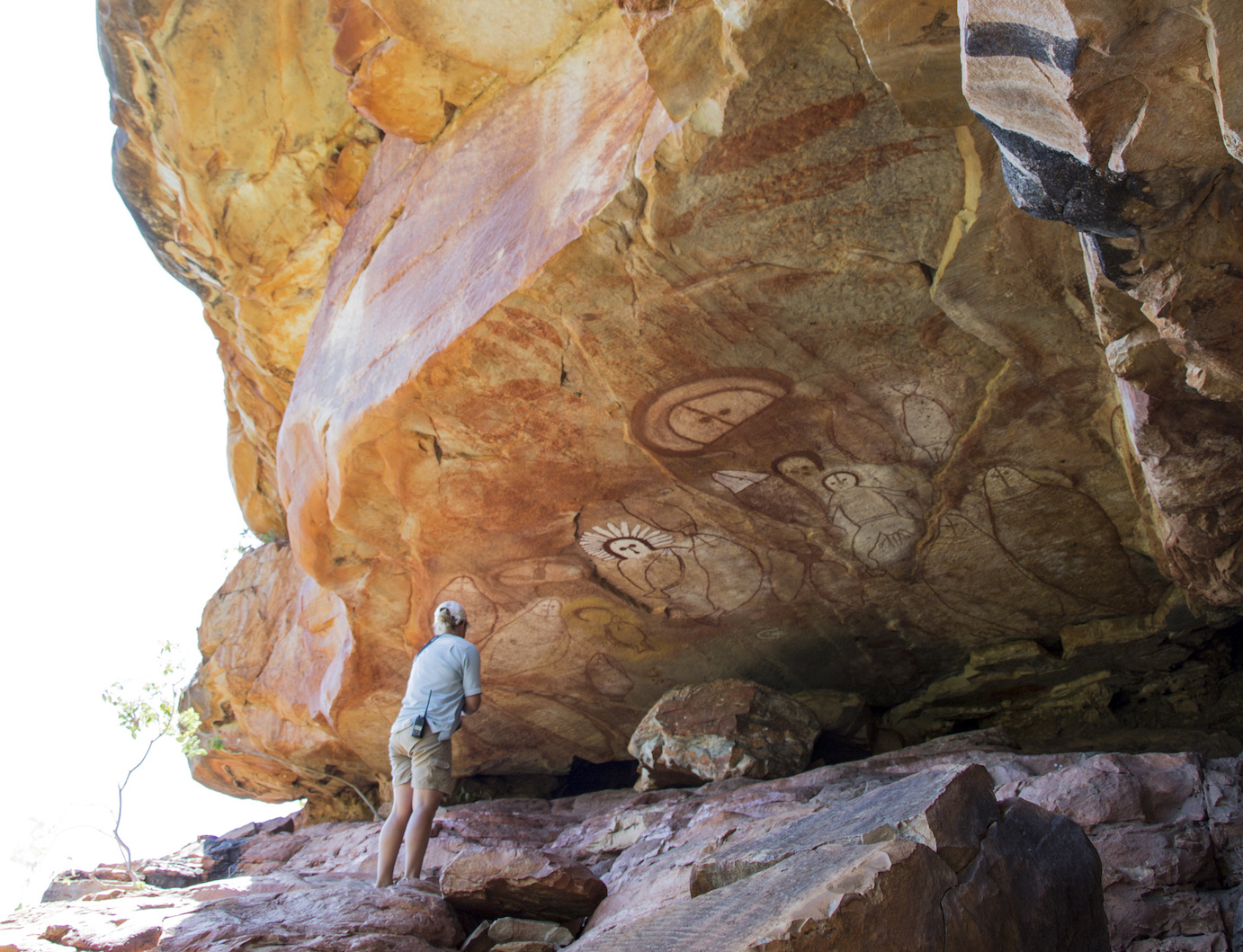 The Kimberley has a rich cultural and natural heritage. Pictured are some examples of the Wandjina Indigenous cave art of Wary Bay, Bigge Island.

A new age of discovery has dawned for yacht owners and charterers who seek the remotest corners of our world.

For Fraser charter broker Liz Howard, Antarctica has also been the source of some of her most memorable guest feedback. During a charter on board M/Y Hanse Explorer, coordinated with EYOS, the twelve guests camped out on an iceberg overnight. In the morning, the EYOS expedition leader woke the guests to tell them they’d drifted nearly three miles.

In the increasingly popular cruising ground of Indonesia, the appeal of diving with gentle whale sharks and encountering Komodo dragons is only heightened by the rich cultural experiences. “The tribal experiences in Indonesia are incredible,” explains yacht agent Andy Shorten of Lighthouse Consultancy, whose company arranged a tandem helicopter charter for yacht guests to visit the Dani tribes of West Papua.

“Seeing ancient tribal performances with the helicopters as a backdrop, you are reminded of the huge extremes that yachting highlights in this part of the world; it’s where the ultra-wealthy and technologically advanced world meets this most basic and natural existence. It’s humbling.”

A new breed of yacht guest?

So who is driving the rising demand for world cruising? Is it the result of younger yacht clients seeking once-in-a-lifetime experiences, or a newfound thirst for discovery from more experienced yacht owners?

According to the companies catering to this growing market, there are a few drivers. As Nicci Perides, head of PR and communications at Burgess, explains: “Expedition cruising is indeed appealing to a new breed of yacht owner and charter client.

“The owners are not necessarily first-time yacht owners, but they have come to realise that they want to explore more of the world. The charter clients, meanwhile, tend to be younger, and are looking for something really different and adventurous.”

Lyons sees a real range of clients. “We do see a slightly younger crowd, but not exclusively. We’ve had a client in his eighties charter in Antarctica time and time again. It’s not so much about age or nationality, but rather a mental attitude.”

Part of the appeal of this kind of cruising is that it offers moments of uncertainty and unfamiliarity. Guests are always safe, but the sense of being slightly outside their comfort zone – not quite knowing how to act when meeting a village chief in the Pacific or dining with Bedouin tribes in the Arabian Desert – holds its own powerful lure. Surely, in a rapidly homogenising world, the true definition of luxury travel is to see things that few others have ever seen.

The rise of explorer and support yachts

Just as the advent of rail lines and steamships encouraged the Grand Tour of the 17th and 18th centuries through Europe, the explosion of remote cruising required the development of new types of vessels and new types of yacht toys. Perhaps the most remarkable development over the last decade has been the growth of the explorer yacht.

Initially, these expedition yachts were predominantly conversions of commercial vessels such as M/Y Legend, but new-build explorer superyachts are on the rise. They include M/Y Cloudbreak, which is fitted out with a ski room and arguably the largest and most diverse assortment of land and water toys on board any yacht.

These go-anywhere yachts are highly customised to the owners’ cruising plans, whether that includes an ice-class hull, extra crew space to accommodate guides, or dynamic positioning to avoid damaging fragile seabeds and allow for deep-water anchoring.

As for the toys, expedition yachts have allowed a fabulous expansion of the range and size of the toys and amenities that an owner can have on board, from helicopters and submarines to dive rooms and medical stations. The customisation and extreme versatility of these vessels has created a strong demand from yacht owners who want a vessel that can both anchor off St Tropez in style and safely navigate the icy Northwest Passage.

For owners wanting even more toys and specialist crew, the answer is a support yacht. This ruggedly handsome, highly functional vessel shadows the superyacht, carrying all the toys, workshop equipment and crew a yacht owner could ever need. The leader in the field is Damen with its Yacht Support range, with LYNX and Piriou joining the fray.

Fraser even has a client building a support yacht who has no interest in buying a traditional superyacht: for that, he’ll charter a luxury yacht depending on the size and needs of his group, treating the yacht like a hotel. As Howard explains, “He believes this is the future of yachting for many adventurous owners – and I think he may be on to something.” 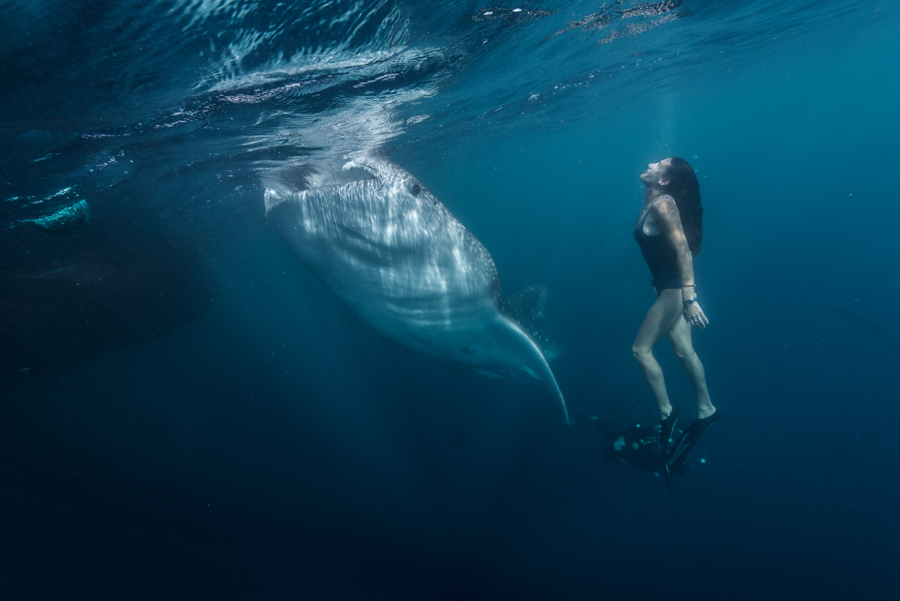 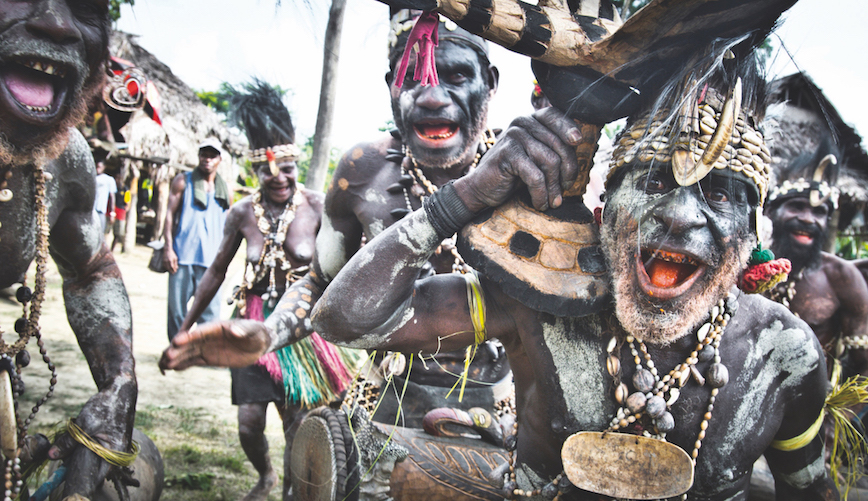 A traditional greeting can seem overwhelming, yet interaction with the locals is among the richest highlights of Papua New Guinea. 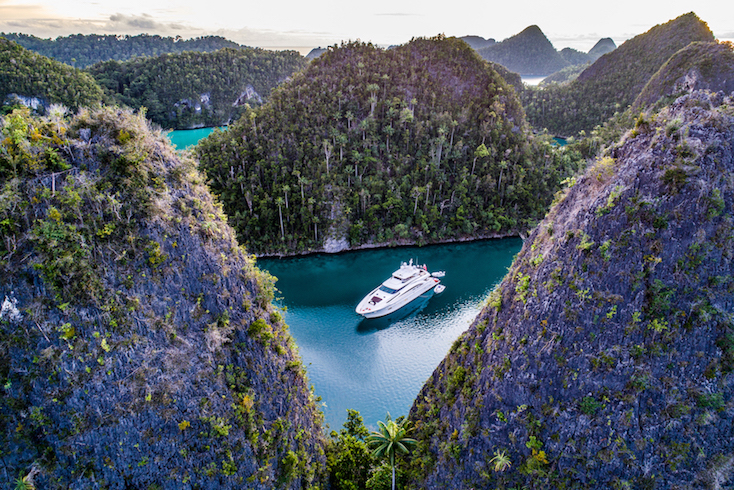 M/Y Paradise soaking up the tranquillity around Wayag Island within the Raja Ampat district in the province of West Papua.

Yet it’s far from just explorer and support yachts travelling the Great Southern Route – superyachts have been cruising the Pacific and Indian Oceans since long before explorer yachts came along.

The growth of yacht-transport ships has opened up the world for owners of superyachts with smaller ranges, allowing them to explore areas that they wouldn’t have been able to otherwise. As Perides explains, demand for remote charters is also growing apace, with both superyachts and explorer yachts basing themselves in far-removed locations.

The sheer range of yachts cruising the Pacific and Indian Oceans is a testament to the intrepid spirit of yacht owners. “One of our first yachts was a 40-metre fibreglass Delta, which you could argue had no business doing the global itinerary that it did,” Shorten remembers.

“It was just down to an adventurous yacht owner, and a captain interested in showing them the world. We’ve seen sail yachts of all sizes and motor yachts from 30 metres to over 100 metres. The most important attribute a yacht needs for an Indonesian cruise is the adventurous nature of the owner and their crew.”

For those considering exploring any truly remote destination, there are obviously other crucial requirements. For example, ice-reinforced hulls are musts for polar cruising. Poles or elsewhere, autonomy is key, too: how many days the yacht can be away from port or yachting infrastructure. EYOS recommends around forty days of autonomy for a remote cruise: forty days of garbage disposal; 40 days of fuel; 40 days of supplies.

To run a successful expedition, you need to plan early.  EYOS starts preparations with the yacht up to a year before the trip, in fact. As Lyons explains, “We start by talking about the yacht owner’s objectives and then discuss the limitations of the yacht in delivering on those objectives. Is the yacht physically equipped to make that journey, and what modifications can be made to make it fit for purpose? We come aboard for technical assessments, and then move onto itinerary planning and getting permits ready, which can be a very long process in some destinations such as the Northwest Passage.”

There are other challenges, too, of course, to this grand adventure. (Would it be an adventure, otherwise?)

Guests must become accustomed to changing plans while captains will have their mettle tested as they rely on South Pacific charts mapped out by Captain Cook over two centuries ago, navigating the often gnarly mass of permissions required, either with an immigration official in Indonesia or via a handshake with a village chief in Papua New Guinea.

Crew will also be challenged; remote cruising will bond them like never before but strain them, too. Long periods pass at anchor in distant lands, far from family and the lively crew scene of Antibes or Fort Lauderdale.

Owner, guest, captain, crew – no-one comes back from a world cruise the same. Which, I expect, is the point.

The quality of local guides and agents also makes a tremendous difference to the success of a journey. A wrong decision can have severe consequences when cruising off the beaten track, as well as dramatically affecting the guest experience.

EYOS takes putting the right people at your side seriously: “We firmly believe that experience matters,” Lyons asserts. “Having guides on board creates an enriched experience for the owners, but there’s a very important distinction to be made between a guide who has been to Antarctica once and one who has done a hundred expeditions, just as there’s a huge difference between a guide who has passed through Papua New Guinea a few times and someone who has lived there and speaks the languages.”

Many of the sources I spoke to also insisted on the importance of paying respect to the cultures you visit, and getting the right permits and permissions. “What each of the yachts is doing in these regions affects all yachts in the region – and all the yachts that will pass through in the future,” Lyons explains.

It’s a sentiment firmly backed up by Howard, who told a cautionary tale of a charter yacht that ripped up a pearl bed in Bora Bora. It scarred the yachting industry’s reputation there for years. “There can be a hundred successful charters in a season,” she says, “but it only takes one captain who feels like they don’t need help to really mess things up for everyone.”

Thankfully, all the challenges and responsibilities of world cruising are paid back a million times over by the discoveries along the way as guests make fresh tracks skiing on Antarctic slopes, climb active volcanoes in Vanuatu and drop anchor where few superyachts – if any – have ever been seen before.

There are those who buy or charter yachts largely for the glamour and the luxury, for the delicious sense of privacy and escape. But there are others, in growing numbers, who also want to use these extraordinary machines for what they were built for: to cross oceans to strange places, to feel alive and free, and yes, to be challenged and humbled by the world around them.

Forget being seen. For this new breed of yacht owners and charterers, it is the seeing that matters. The new Golden Age of Exploration is upon us.

To read this full feature subscribe to the Fourth Edition of The Great Southern Route (GSR). Subscribe online here