Ocean Media was represented at the HISWA Holland Yachting Group press tour last week by Brittany Cooper, who flew to the Netherlands to discover the latest activity at the top shipyards around the country.

Journalists from Europe, the US, Russia and Australia were invited to the annual press tour. Port of Amsterdam gave a press conference announcing plans for the development of the city’s superyacht berthing facilities and attractions, to promote the destination as a must-visit for superyacht owners on the route from the Baltic to the fjords of Norway.

The shipyard tours kicked off on Monday 28 May with a visit to the Feadship Royal Van Lent yard on Kaag Island. Feadship welcomed us to the historic yard with a tour on board the groundbreaking new 70-metre Feadship Sherpa in the final stages of its outfitting, followed by a lake cruise on the heritage Feadship Ammerland, a 1966 model. We also had a chance to observe outfitting of the brand’s latest 77-metre and 93-metre projects. The group then headed to the city of Rotterdam for the Holland Get-Connected dinner with HISWA Holland Yachting Group members and partners.

On Tuesday, the tour continued with a tour of the Amels/Damen facility in Vlissingen, including our chance to jump on Hull 3 of the Amels 242 model. We admired some new launches as they headed off for, respectively, sea trials and delivery to new owners – due to confidentiality agreements no details can be shared – and got an update on Damen’s SeaXplorer series.

Upon reaching the Oceanco shipyard in Alblasserdam, we were treated to the sight of the recently launched 90-metre Project Shark, post sea trials and awaiting delivery to its new owner. Our visit was then punctuated by the announcement that the company is formalising a ten-year working relationship with BMT Nigel Gee in the creation of a joint enterprise: Lateral Naval Architects Ltd, based in Southampton, UK. We had the chance to jump on Project Bravo, a Nuvolari-Lenard-designed, 109-metre build with a hybrid propulsion system. We also toured the 90-metre build known as Project Yasmin, designed by Espen Oeino, as the interior by Terence Disdale Design came together. 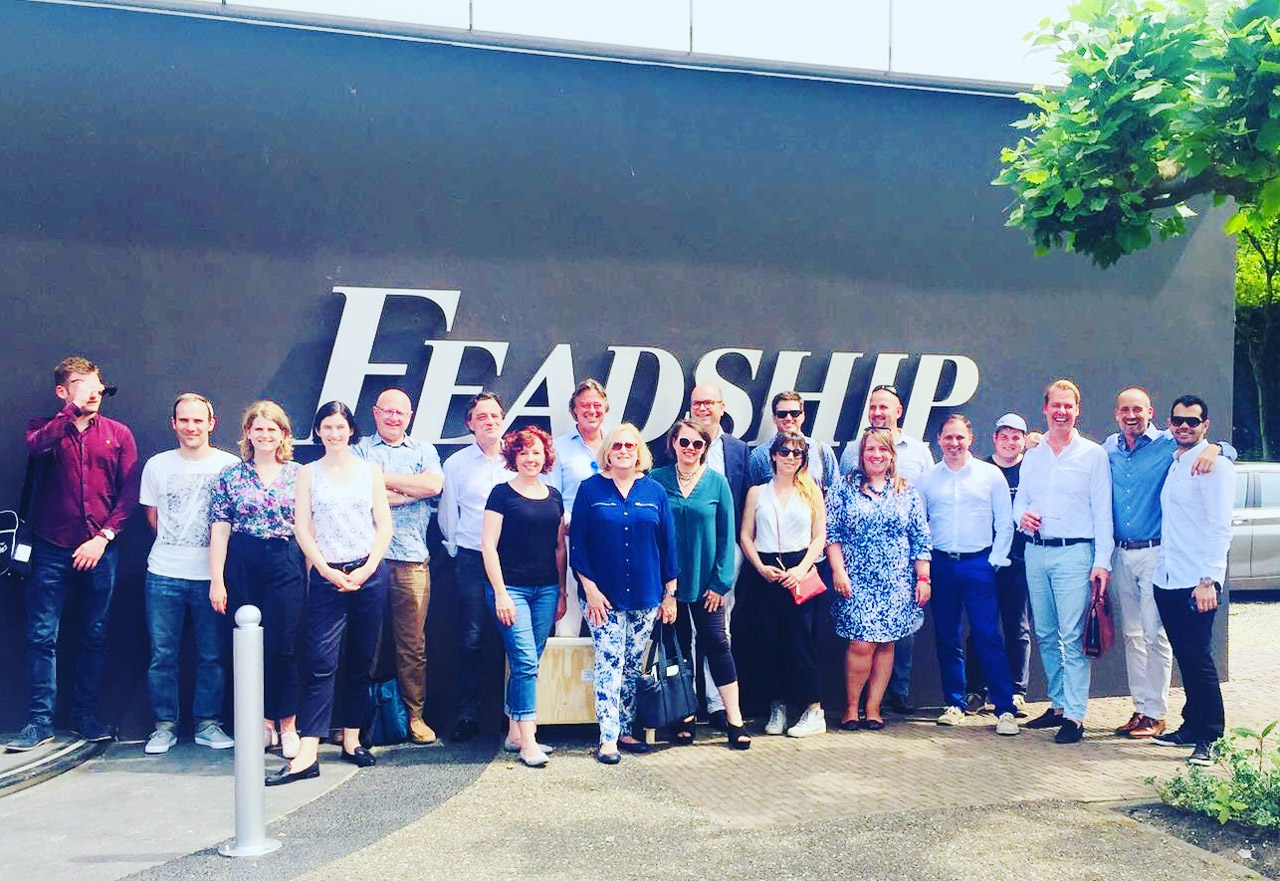 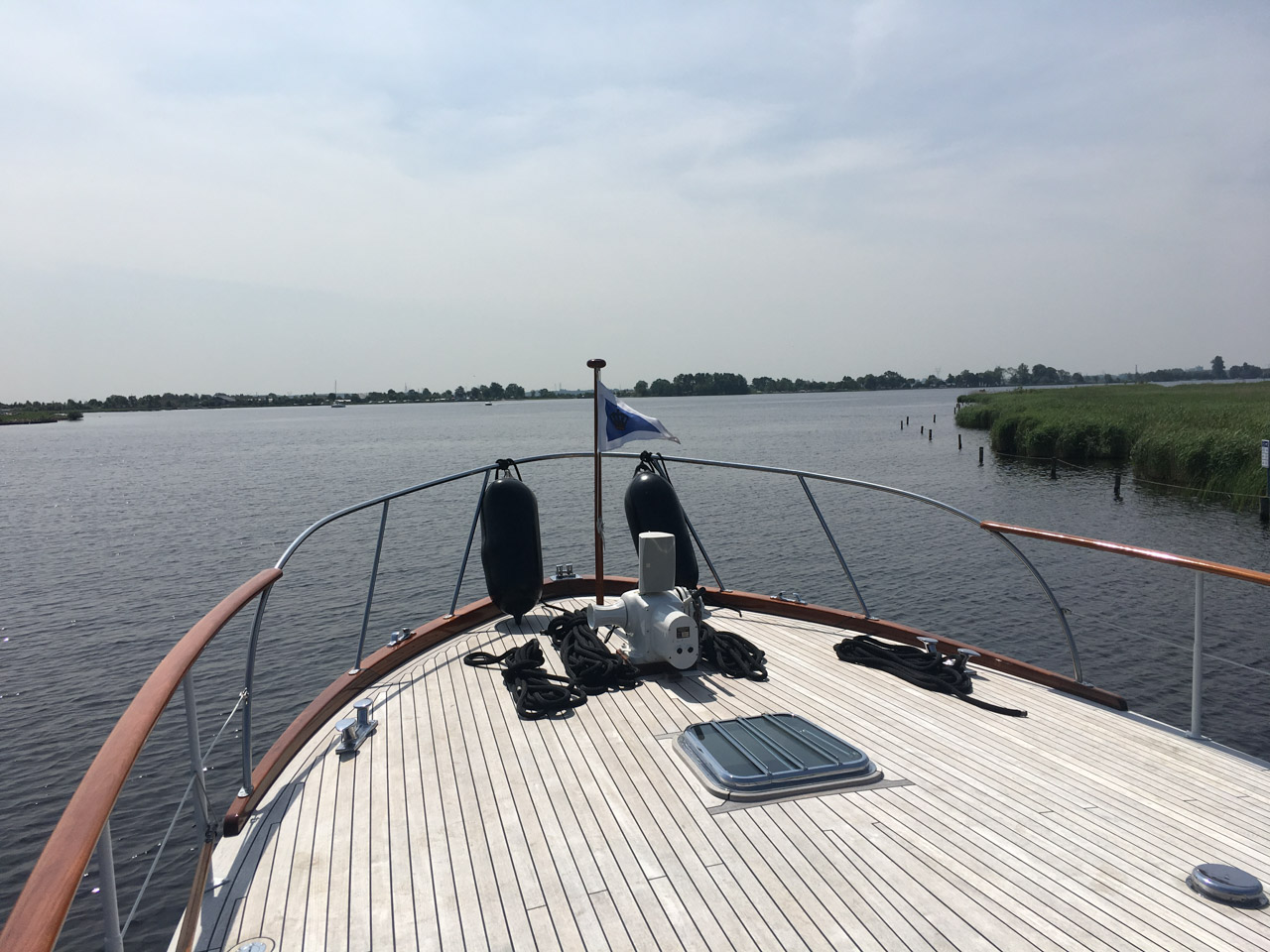 Cruising the Kaag Lakes on M/Y Ammerland, a vintage Feadship in immaculate condition 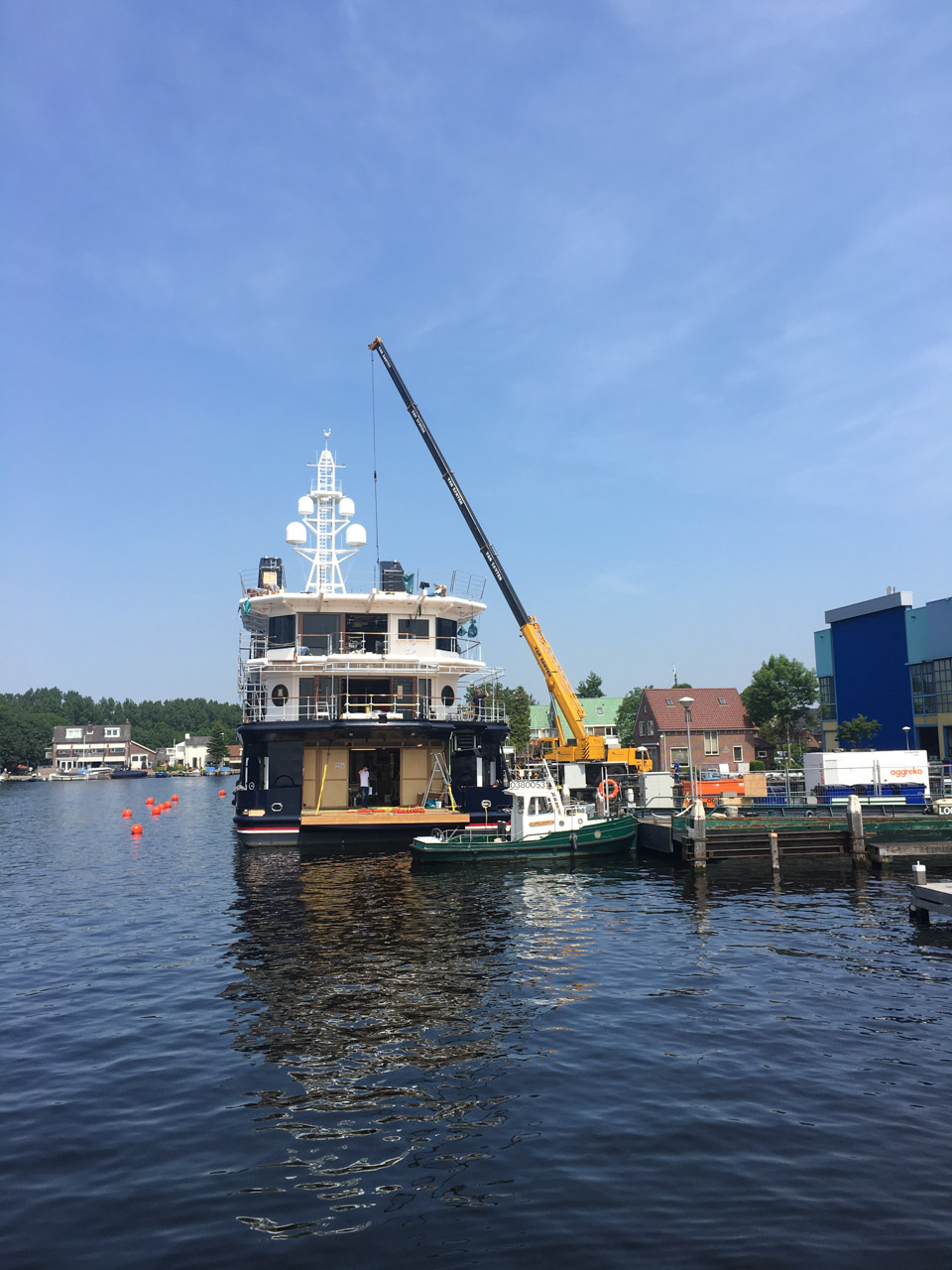 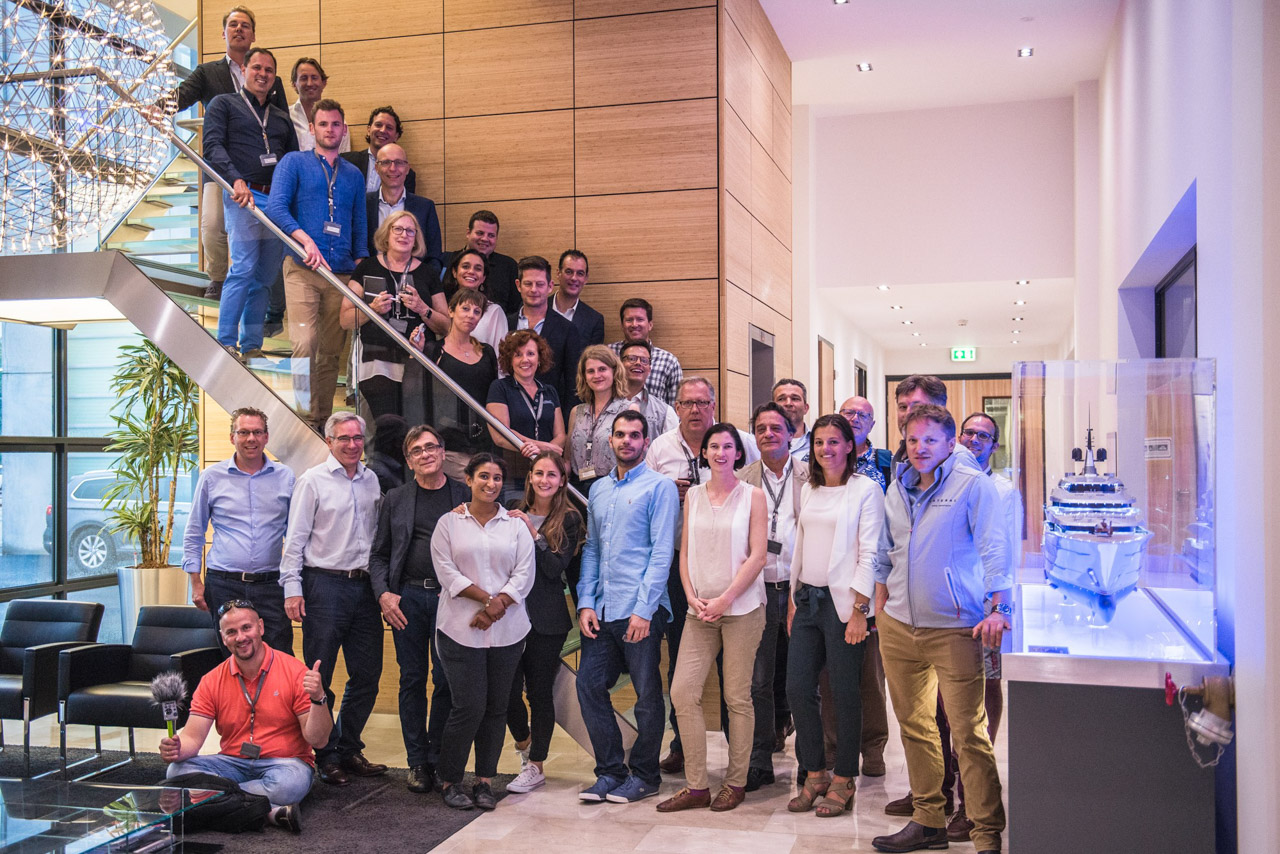 At the Oceanco facility in Alblasserdam 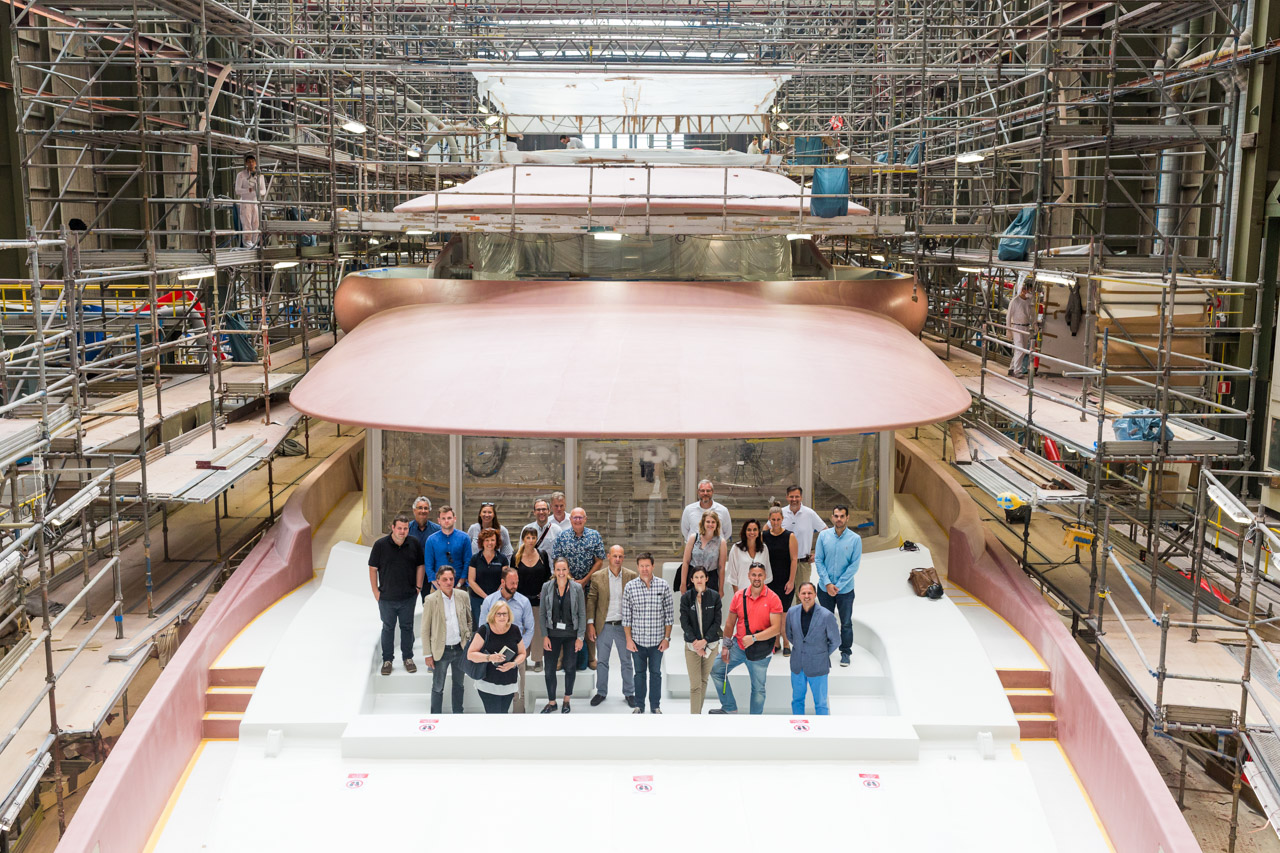 On board Hull 3 of the Amels 242 in Vlissingen 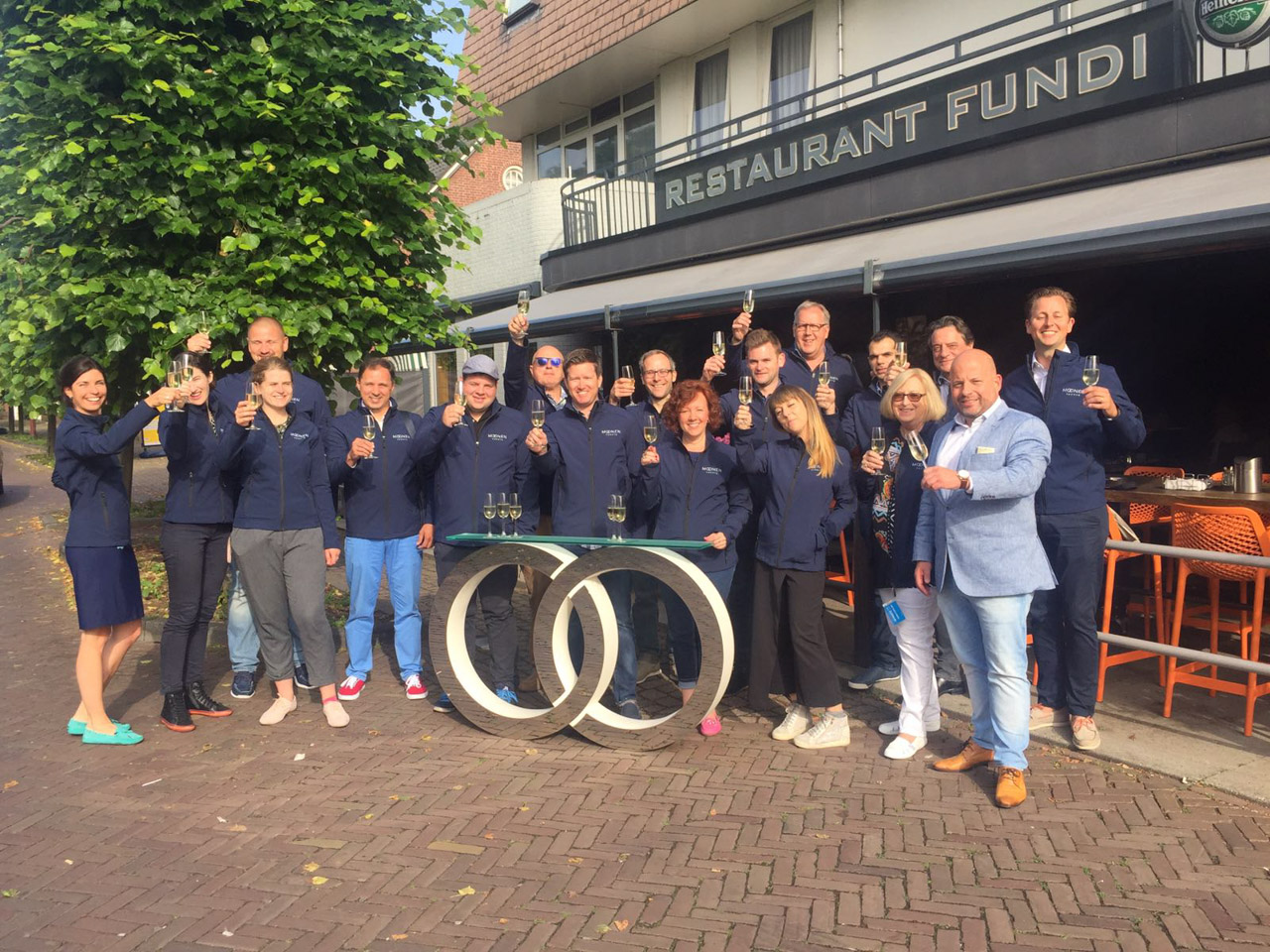 Meeting with the Moonen Yachts team 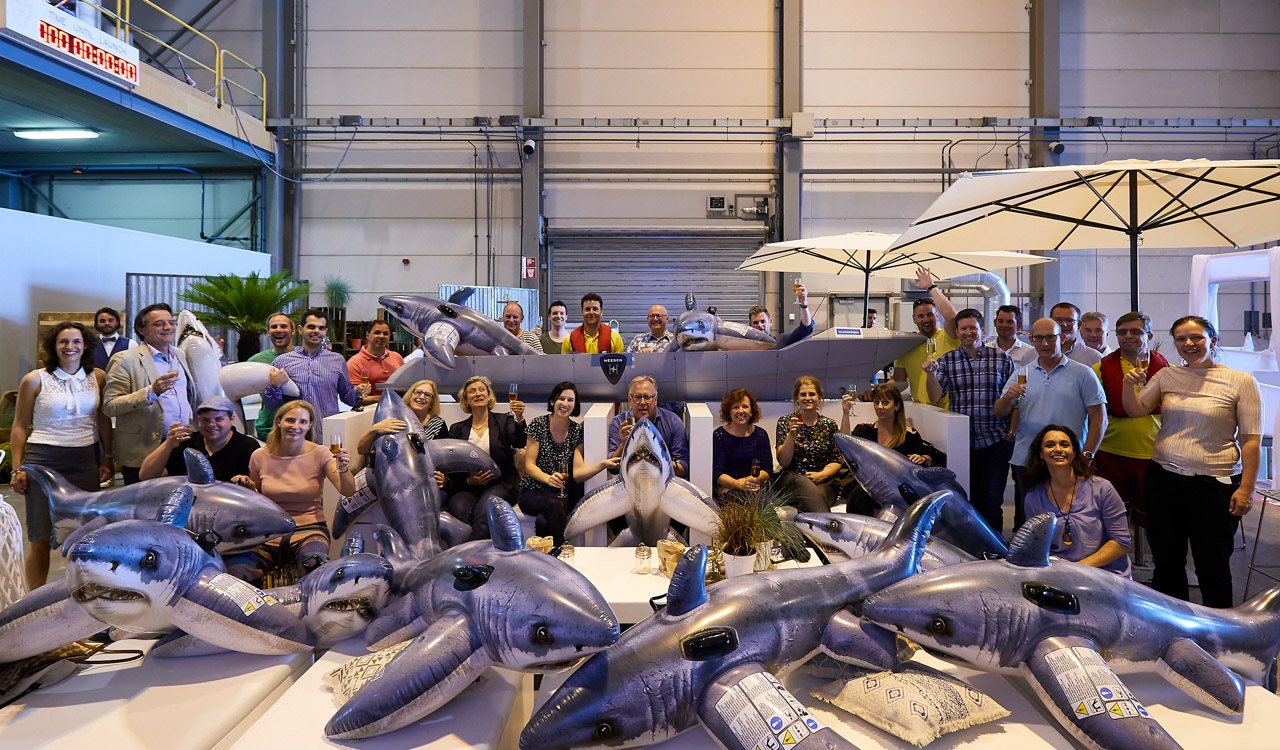 Celebrating the 40th anniversary of Heesen's Vollenhove shipyard with, presumably, an above average number of sharks 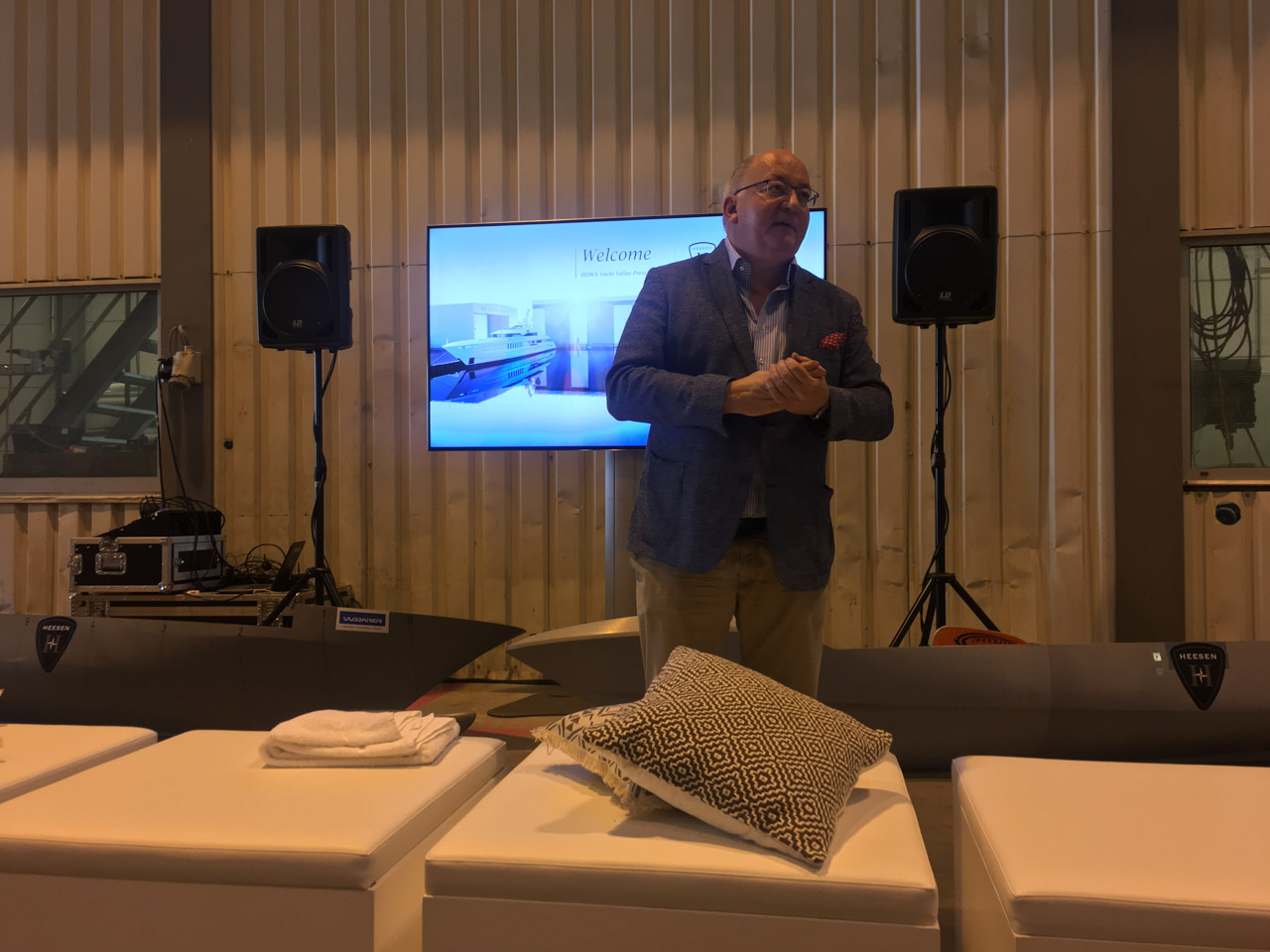 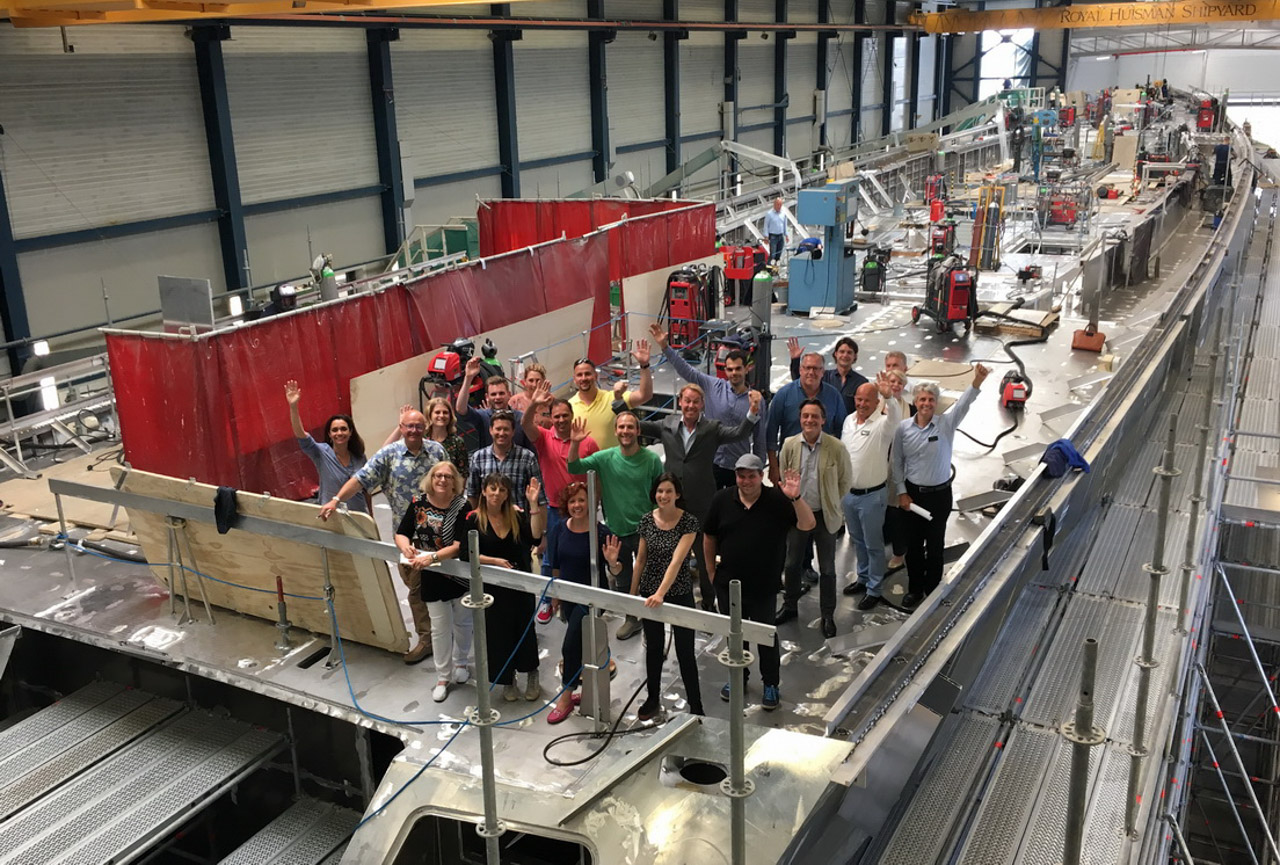 On board Royal Huisman's exciting Project 400 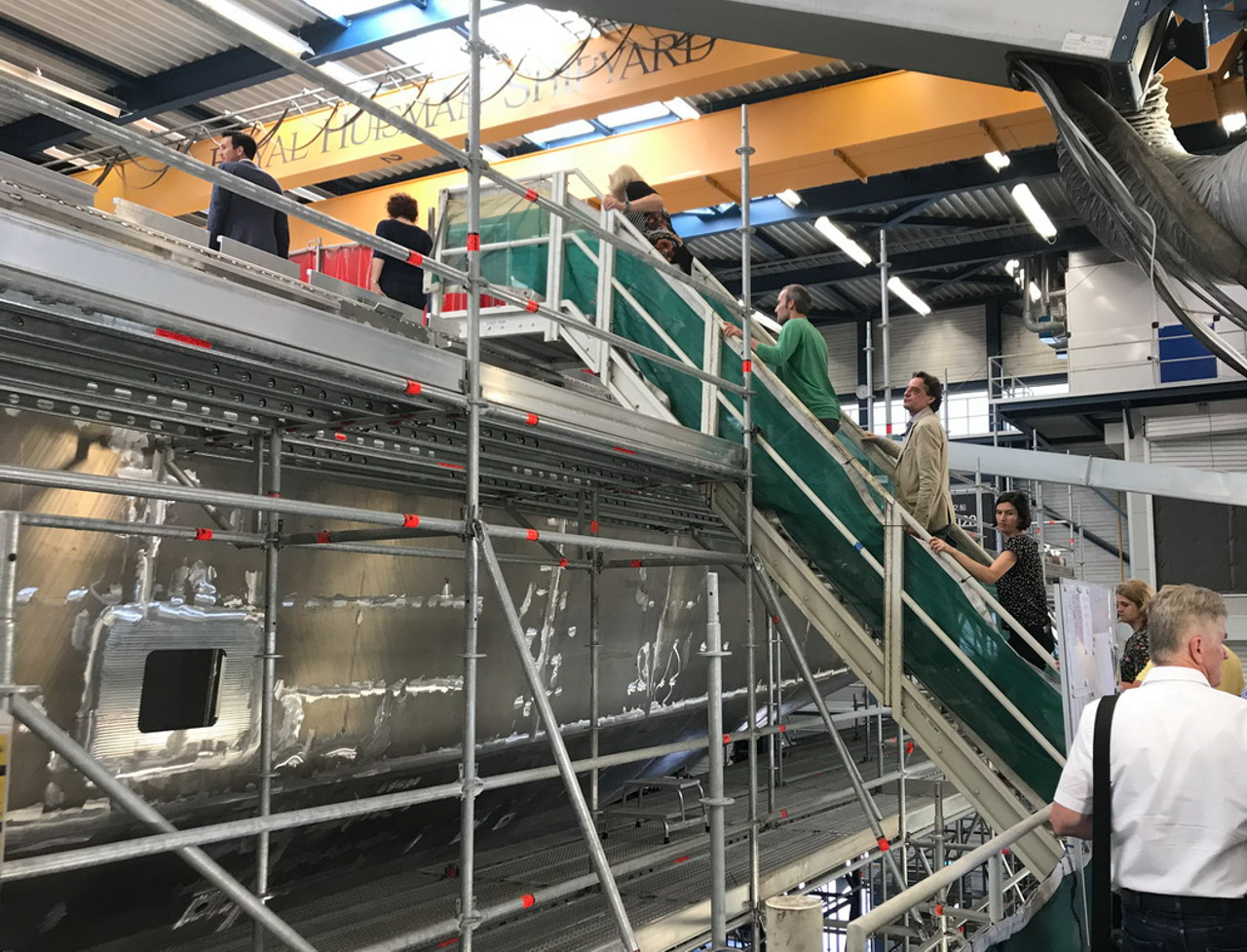 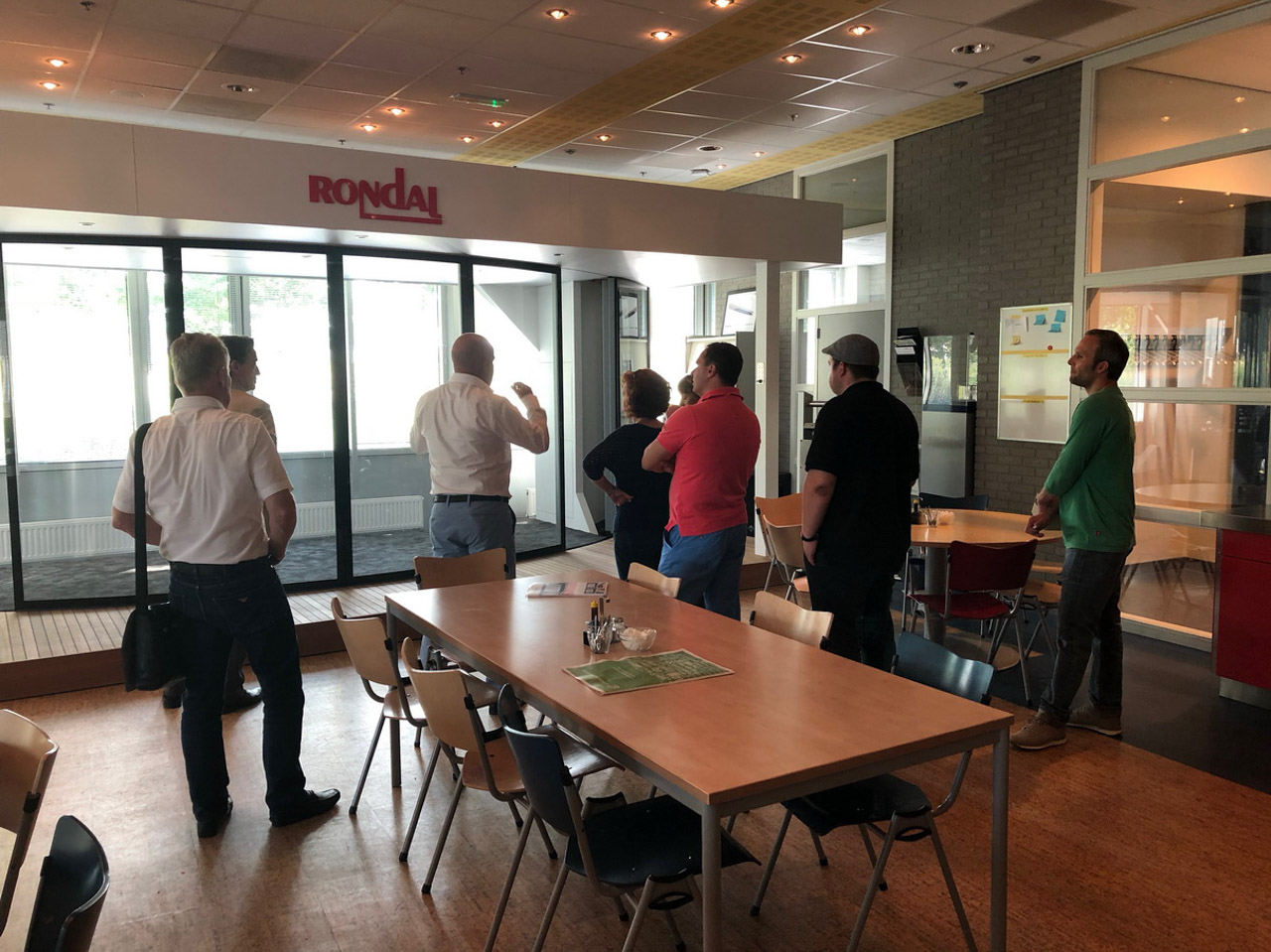 Rondal's automatic flush sliding door, which was shortlisted for the 2017 DAME Award 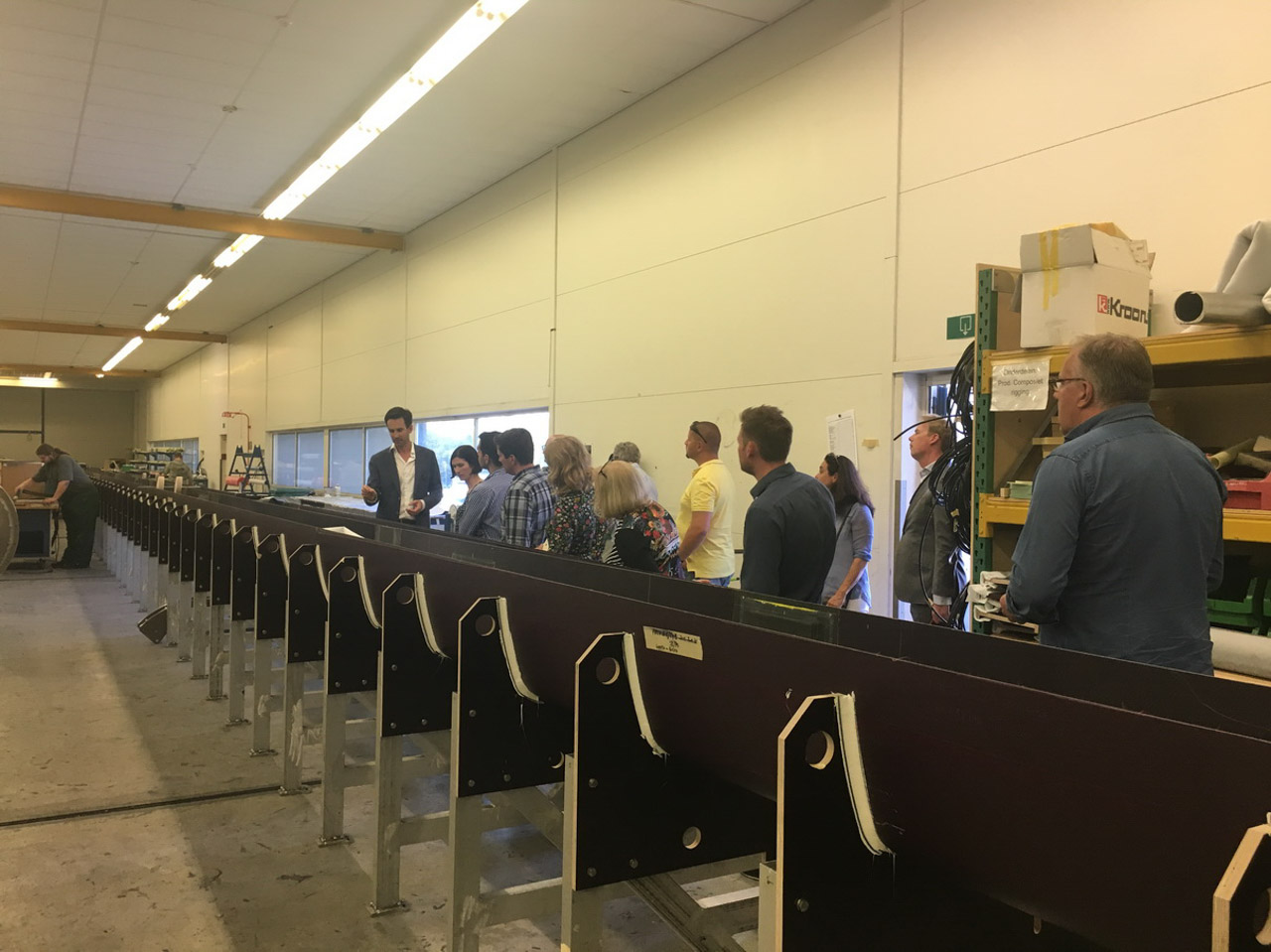 Checking out the construction of a mast and boom in Rondal's enormous carbon fibre curing oven. 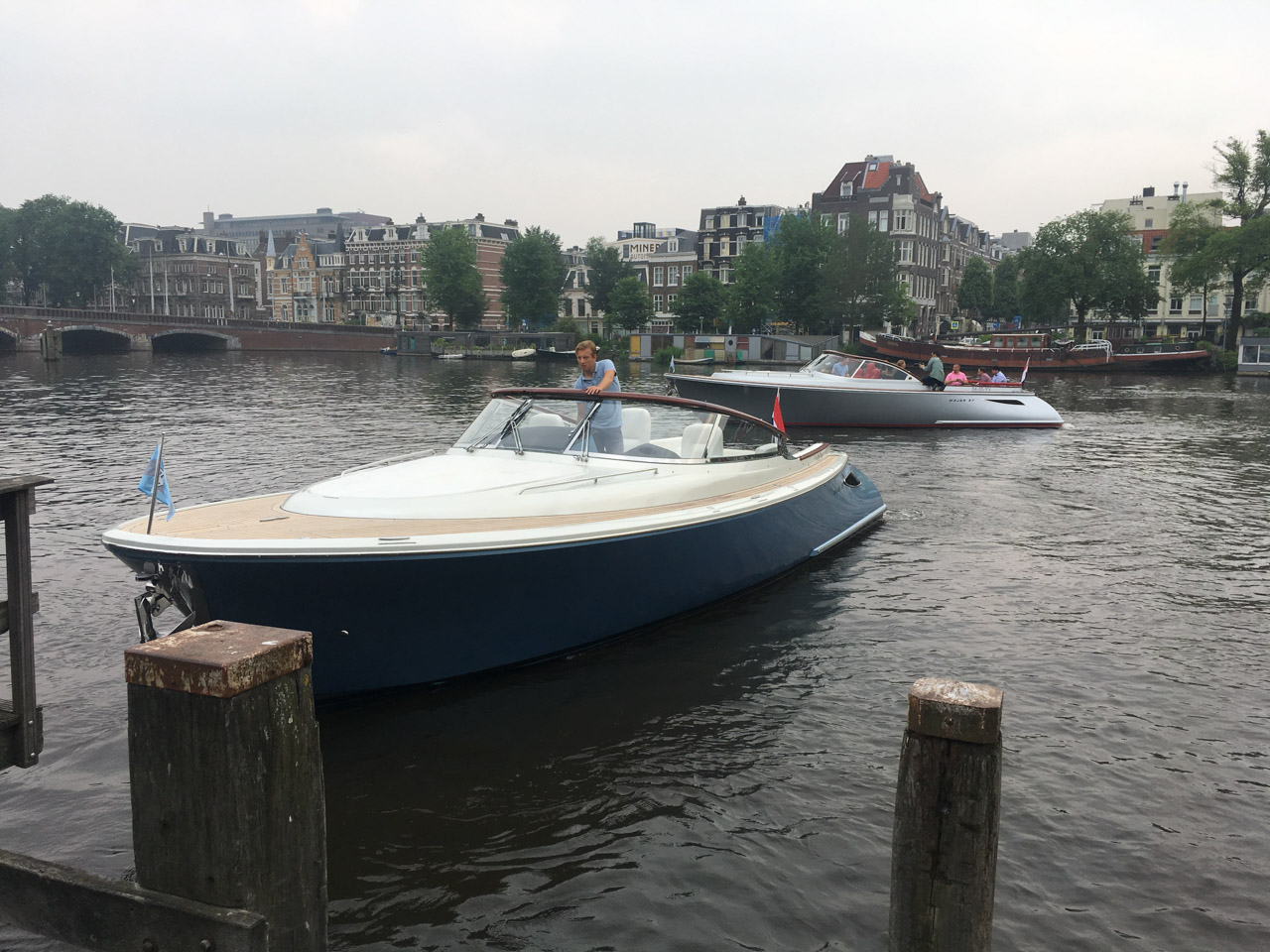 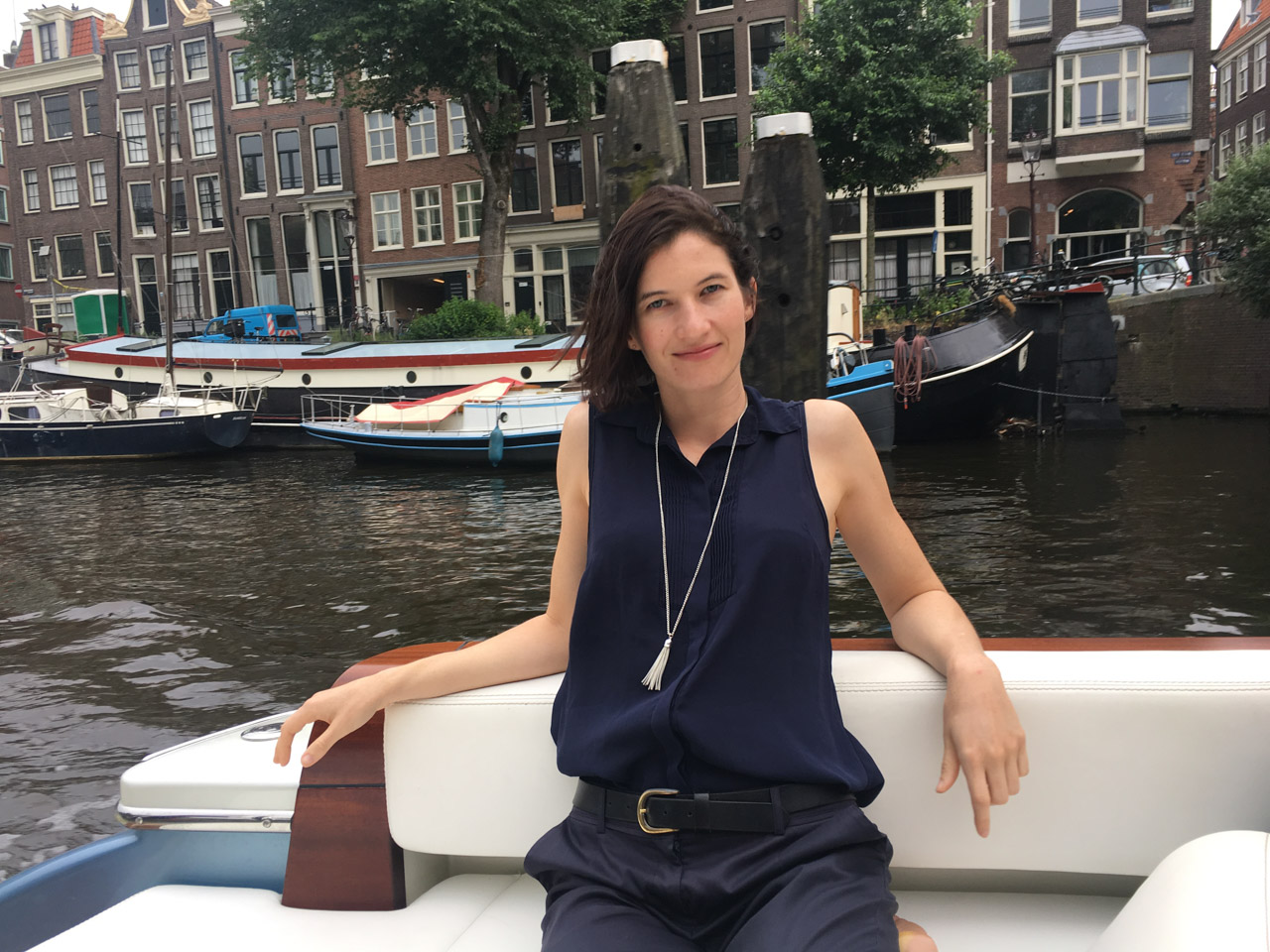 On a Wajer 38, the best way to see the Amstel River 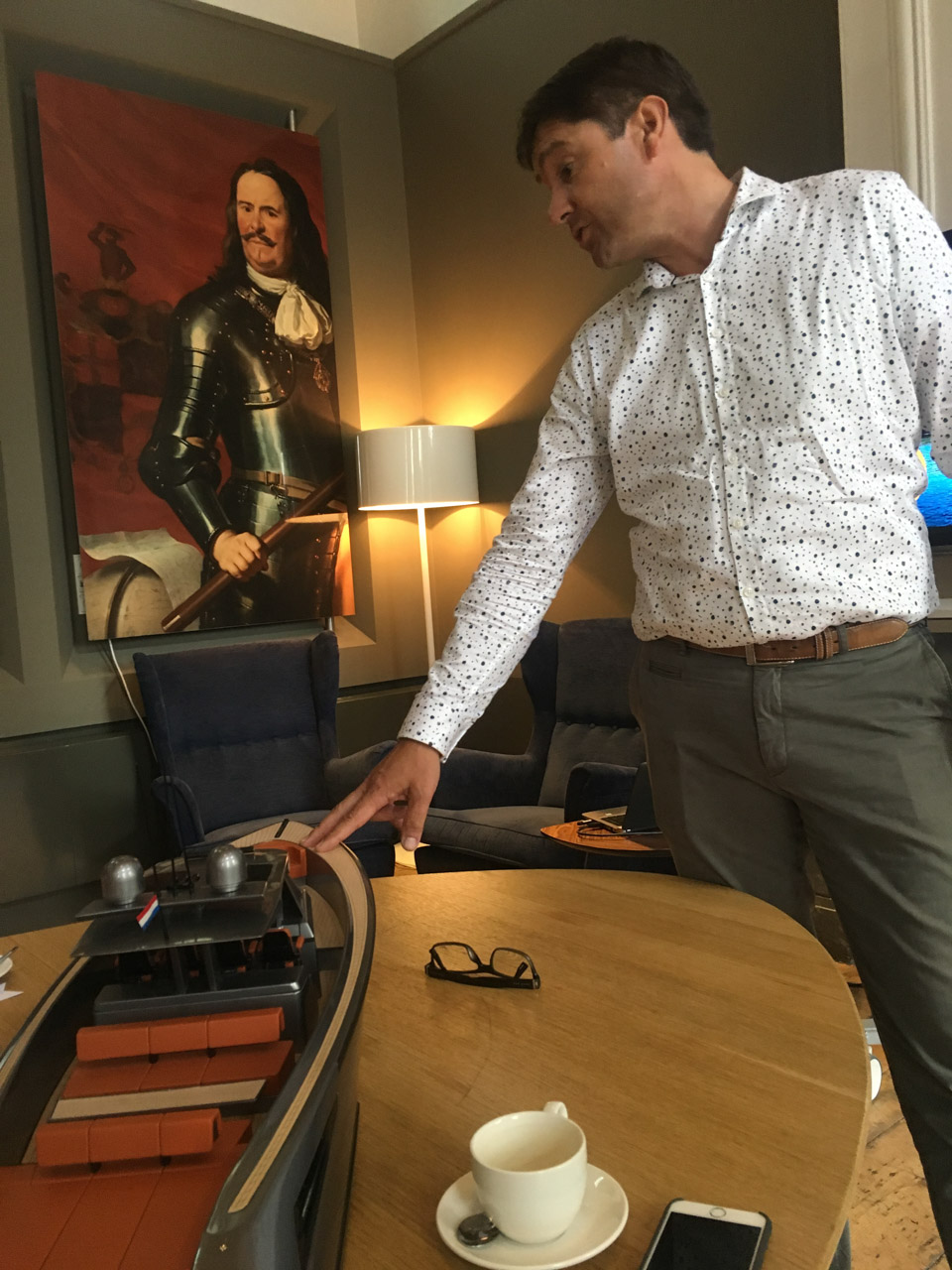 Introducing Wajer Yachts' new 55S model, based on the hull of the 55 but with an entirely new deck layout 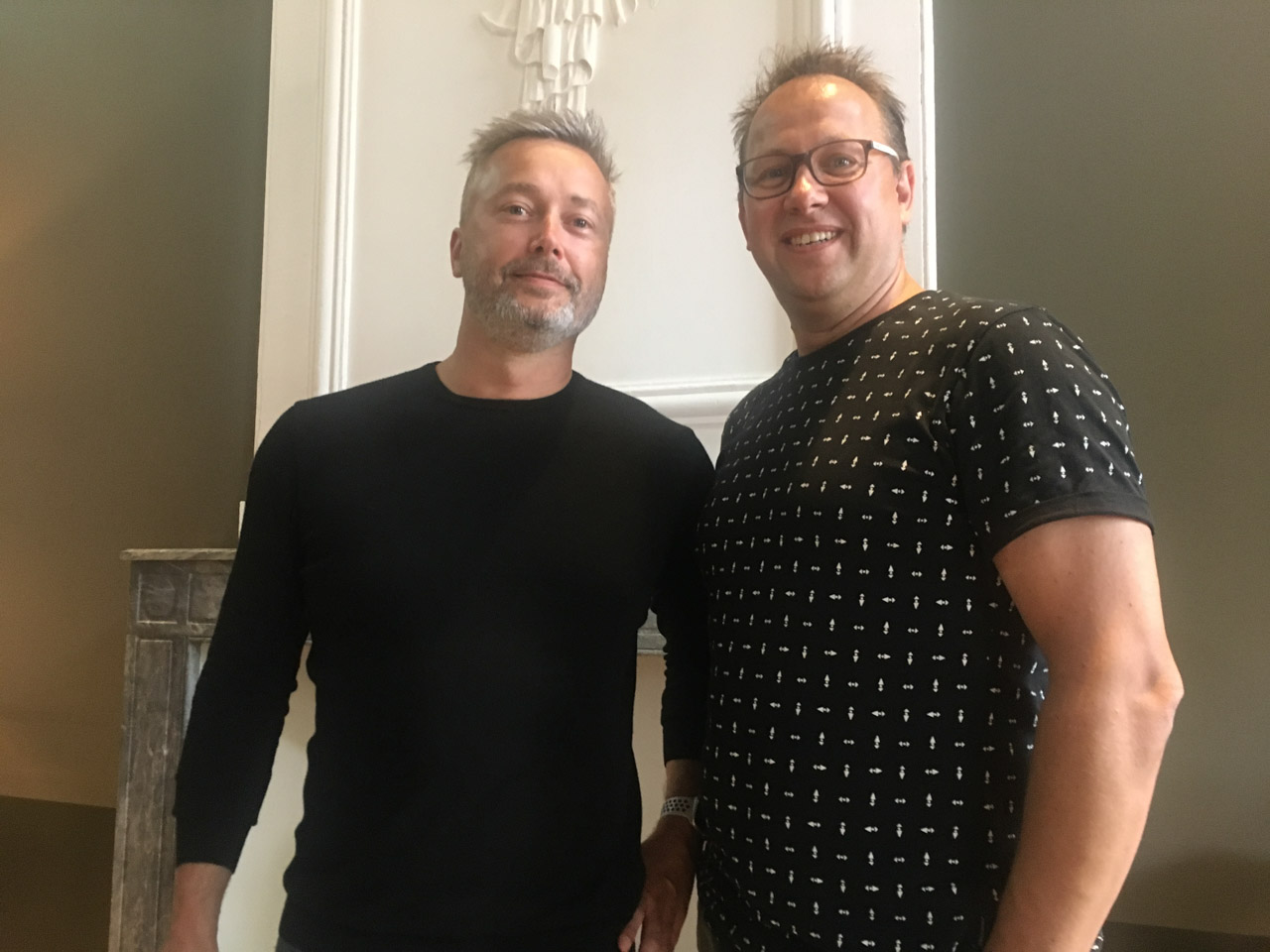 On Wednesday we enjoyed a breakfast meeting with Moonen Yachts, where CEO Johan Dubbelman presented the ‘s Hertogenbosch-based company’s plans for future development of its portfolio. We were then given a warm welcome by Heesen Yachts in Vollenhove, celebrating the site’s 40th anniversary by taking to the water to participate in the first ‘Hull Cup Race’. Journalists flexed writing muscles to compete in a kakaying challenge through one of the dry docks, allowing us to compare scale models of Van Oossanen’s displacement hull and proprietary Fast Displacement Hull.

Our reception at the Royal Huisman and Rondal headquarters was inspiring. Royal Huisman CFO Harmen Peters spoke about the 55-metre Project Phi, and we toured the 81-metre Project 400, soon to be the world’s largest aluminium sailing yacht. Rondal representatives shared their passion for the company’s groundbreaking work, including an innovative new automatic sliding door, and composite products like masts, rudderstocks, and the world’s first carbon fibre captive electric winch. Our tour took place right before the announcement of Royal Huisman’s new CEO, Jan Timmerman.

The press tour came to a close with a scenic cruise aboard two sublime Wajer Yachts models: a Wajer 37 and a Wajer 38, along the Amstel River and through the canals of the city. Big news from Wajer is the new 55 S model, based on the hull of the 55 but with an entirely rethought deck layout. We were dropped off in style at the National Maritime Museum (Het Scheepvartmuseum), where representatives of Dutch superyacht technology specialists Van Berge Henegouwen (VBH) presented on electronic and audiovisual refit projects. The tour came to a close with a virtual reality tour of old Amsterdam.

All in all, it was a fascinating trip made possible only by cooperation between the top Dutch contenders in the business. Read more about the news from each company in Ocean magazine.