The agreements, likely to be worth tens of millions of dollars to the local economy, will help keep the iconic Kiwi boat brand in front of some of the largest audiences ever to watch yacht racing.

Rayglass CEO Dave Larsen says he particularly pleased with the unique agreement that has been reached between Rayglass Boats and Emirates Team New Zealand and the Royal New Zealand Coastguard.

“And it will not only benefit all of us, it will also have a huge impact on our many Kiwi suppliers, both large and small.” 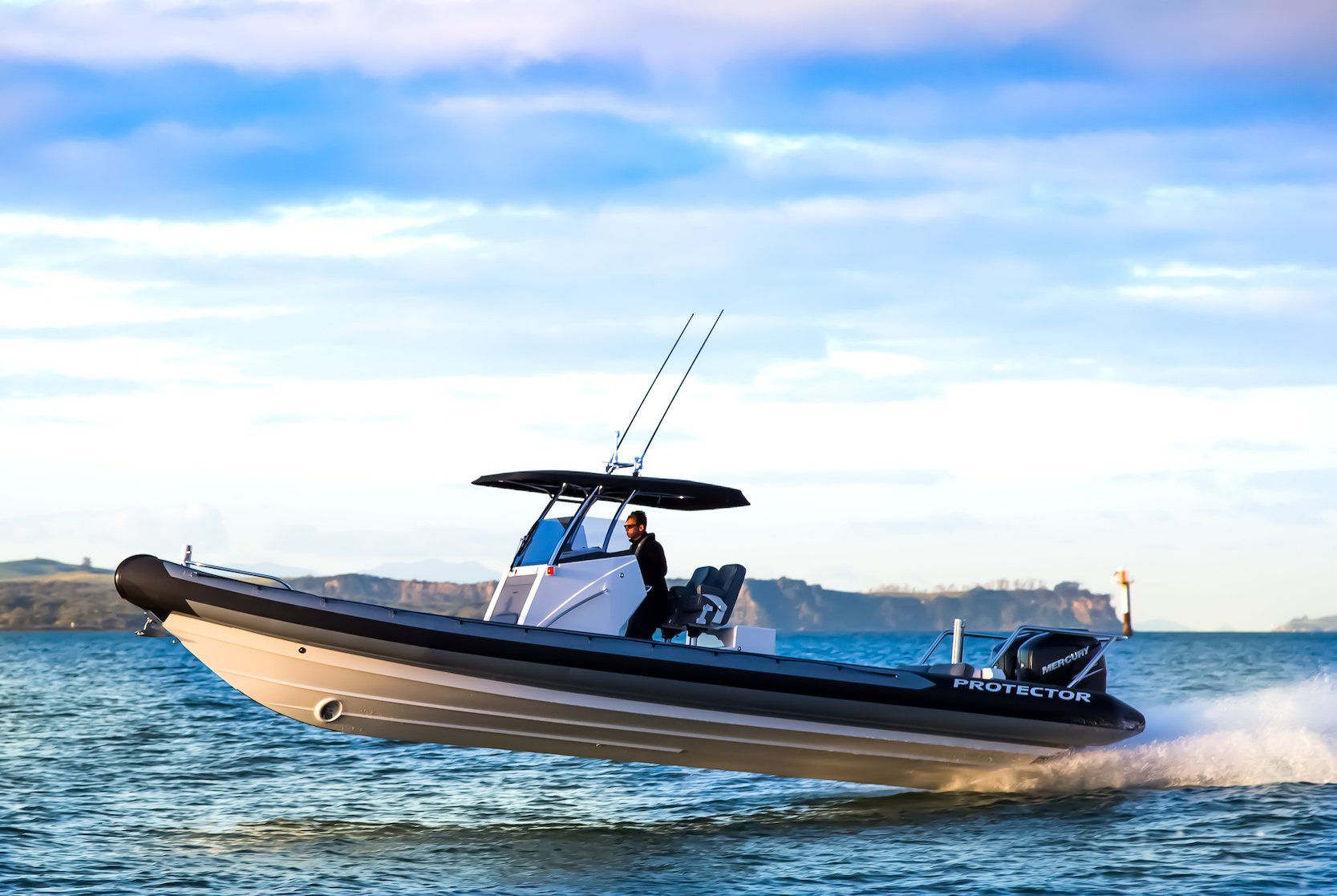 At the conclusion of the regatta, they will be returned to Coastguard New Zealand to distribute around New Zealand’s coastline, major lakes and rivers to ensure the safety of the country’s boating communities.

“We are particularly glad that this new agreement will continue the long association Rayglass has enjoyed with both the America’s Cup and Coastguard,” says Dave Larsen.

“Rayglass founder Tony Hembrow created the first Protector back in 1998, specifically as a specialist patrol boat for the Coastguard.”

Two years later, Protectors were chosen as the official patrol, crowd control, media and even ambulance boats for the 2000 America’s Cup regatta in Auckland. They reprised their role in 2003 and have been heavily involved in every America’s Cup since.

In addition to the 18 9-metre, three 10-metre and four 12.5-metre Protectors that will be used for mark and course setting, crowd control and media, Rayglass Protectors have also, not surprisingly, been chosen as the support boats for Emirates Team New Zealand and the majority of the challenging syndicates.

Each of the competing yachts will accompanied by a Rayglass 10 metre Protector centre console, a first response RIB capable of keeping up with the catamaran’s electrifying speeds — and then fitting in a single container for quick and easy transportation to the next race venue.

Popular throughout the world, the Kiwi designed and built Protectors have found favour in most parts of the globe, especially Europe, the United States, Scandinavia, Russia, Asia and throughout the Pacific. Thanks to their incredibly high build quality and ability to travel safely and comfortably at high speeds, in virtually any conditions, Protectors are currently successfully employed internationally as patrol and rescue boats, as support vessels for international yacht racing teams, as fast pleasure cruisers and sports fishing boats, and as superyacht tenders.