With the delivery of the 50-metre M/Y Olokun scheduled for the end of November, work is already progressing on her hybrid all-aluminium sister ship (hull #4 S501).

In build on speculation, S501Hybrid is the fourth hull in the 50-metre series designed by Francesco Paszkowski. It is currently 40 percent complete with the hull and superstructure competed and assembled, preparations for outfitting under way, and installation of the main machinery in progress. Delivery is on schedule for the end of 2021.

The hybrid propulsion package has been developed by MAN in conjunction with Siemens and will be installed to provide three cruising modes: traditional- diesel, diesel-electric and full-electric.

Tankoa is also looking to expand its production capacity over the next three to four years by either acquiring property adjacent to its current facility in Genoa, or elsewhere in the Liguria-Tuscany region.

“We’re preparing to the grow the company in a sustainable way to optimize operational costs and increase our market segment,” says Tankoa CEO Vincenzo Poerio. 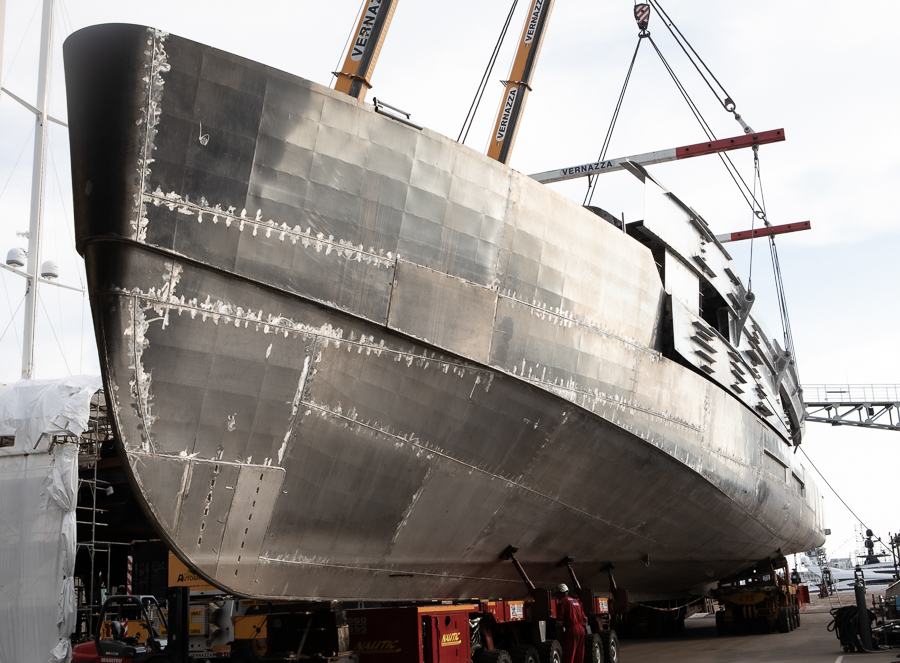 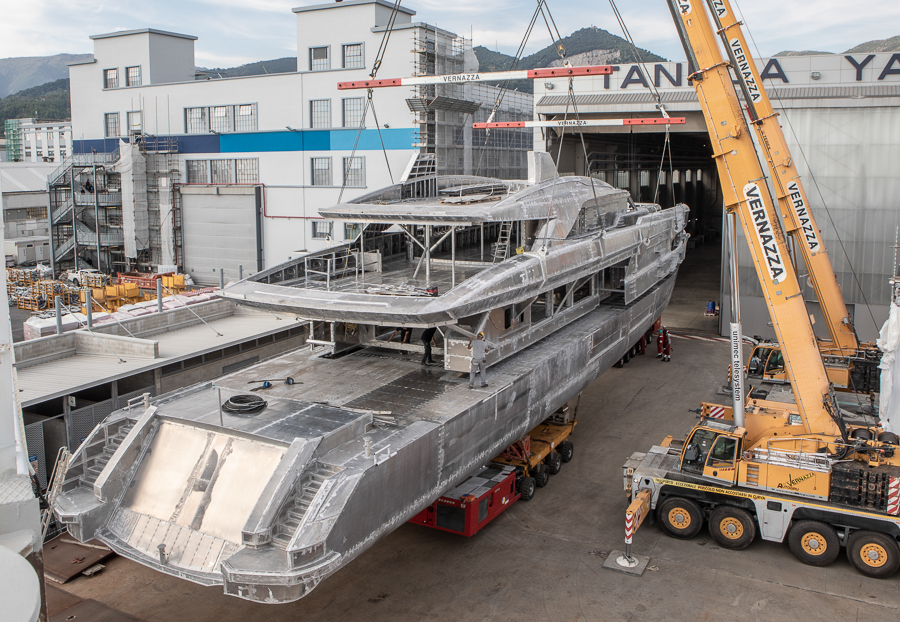 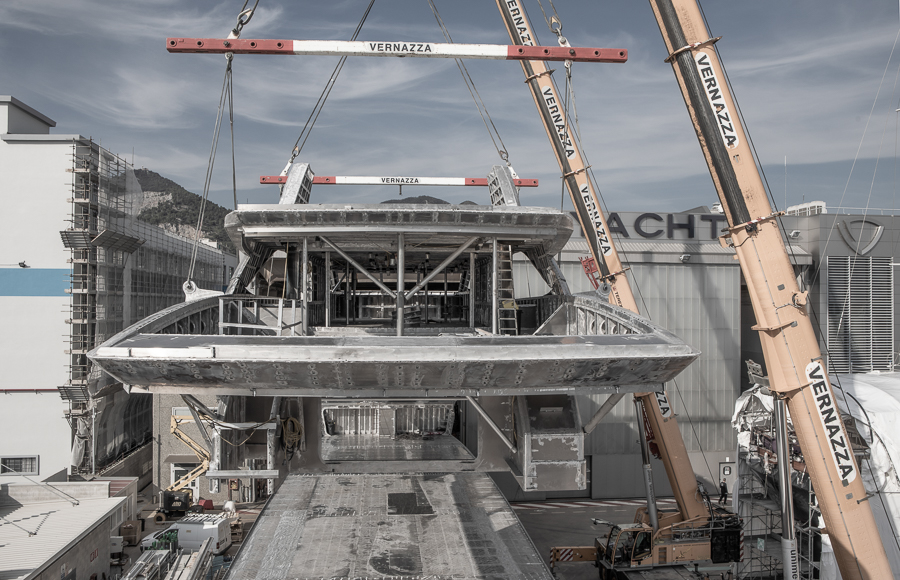 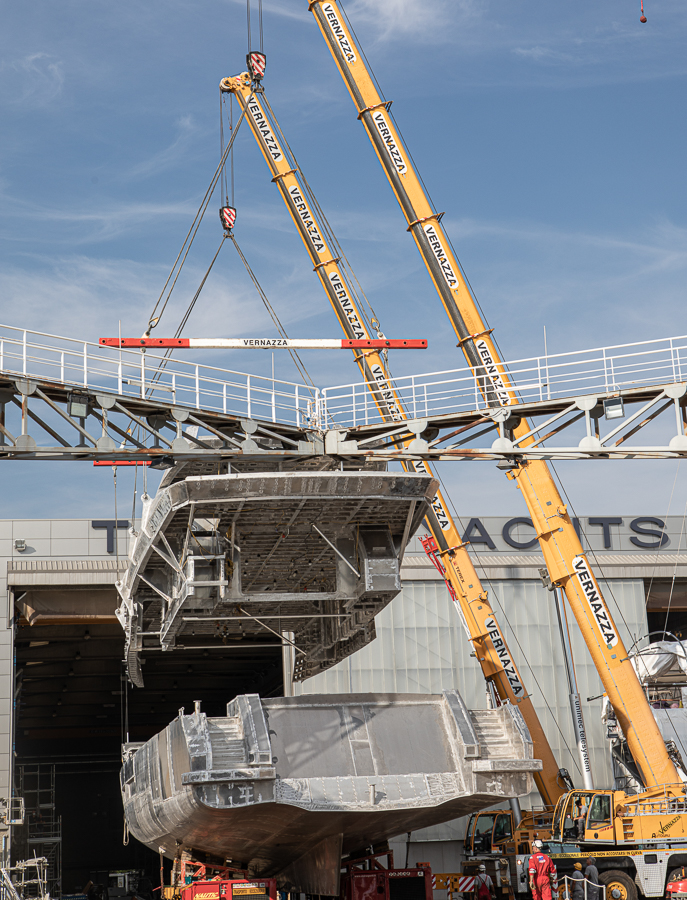 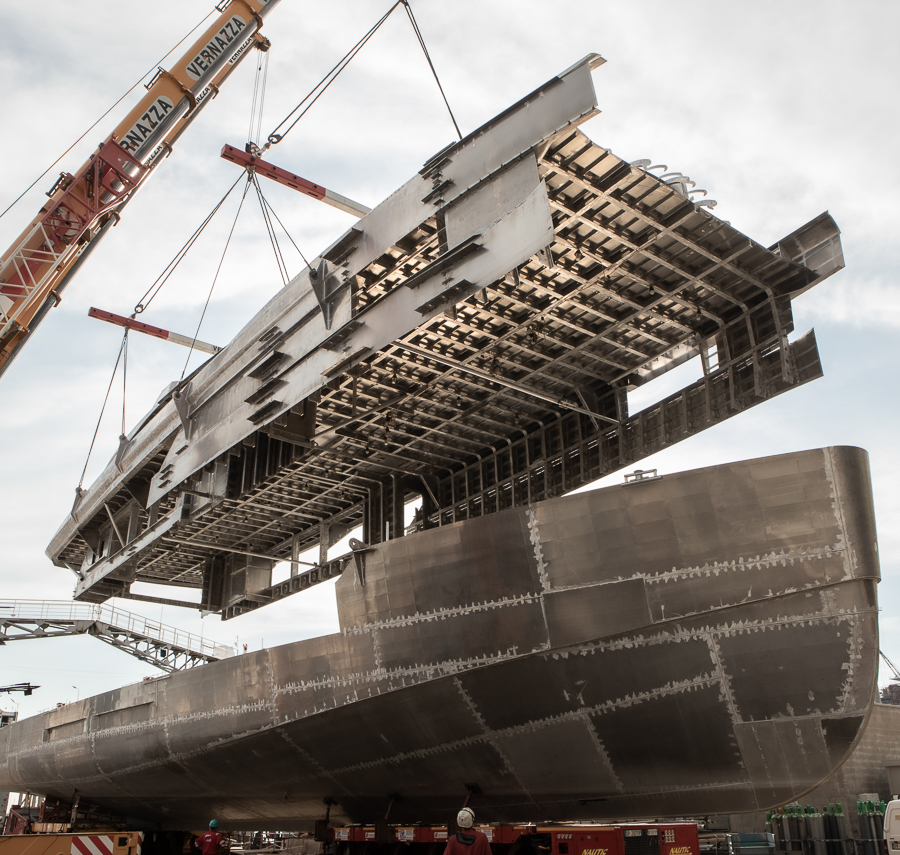 “Clearly it makes good business sense to spread fixed overheads across three or more projects in build each year, as opposed to one or two.

We will remain a boutique shipyard and if anything be more flexible when it comes to customisation, a distinguishing Tankoa asset at a time when other brands are going the other way and becoming more resistant to modification requests from clients.”

The new business plan will essentially double current production, whereby four yachts are in the outfitting stage and two new projects under construction at any one time.

The Tankoa fleet is also set to grow. The yard has already announced it is working on a T450 model, a 45-metre full displacement yacht designed by Giorgio M. Cassetta, but Poerio doesn’t rule out building smaller as well to further facilitate the expansion in production. With two 70-metre and three 50-metre yachts already delivered, the brand’s core focus will be the market for customisable yachts from 45 to 70 metres.

“Last but not least, we intend to continue building on speculation,” concludes Poerio. “Today’s clients don’t want to wait for up to three years to take delivery of a new yacht. Starting the hull and superstructure on spec means we can reduce the delivery time to as little as 12 months, but also streamline production schedules to make the best use of our resources.”