The distillation of more than half-a-century of McLaren’s racing and road car expertise and experience, the all-new Artura is a next-generation supercar that blends groundbreaking technology with McLaren’s dedication to pure driver engagement, complete with EV driving capability.

Queensland is the first stop on Artura’s national tour, with the model seen on the streets of the Gold Coast before heading to Brisbane. The vehicle’s journey then continues to Sydney, Adelaide and Melbourne.

Underpinned by the McLaren philosophy of super-lightweight engineering, the all-new Artura is the distillation of every attribute inherent in a McLaren – distinctive design, unrivalled performance, dynamic excellence and engineering innovation. Electrification now brings the additional benefits of even faster throttle response, lower emissions and being able to run in pure EV mode for emissions-free journeys of up to 30 kilometres. 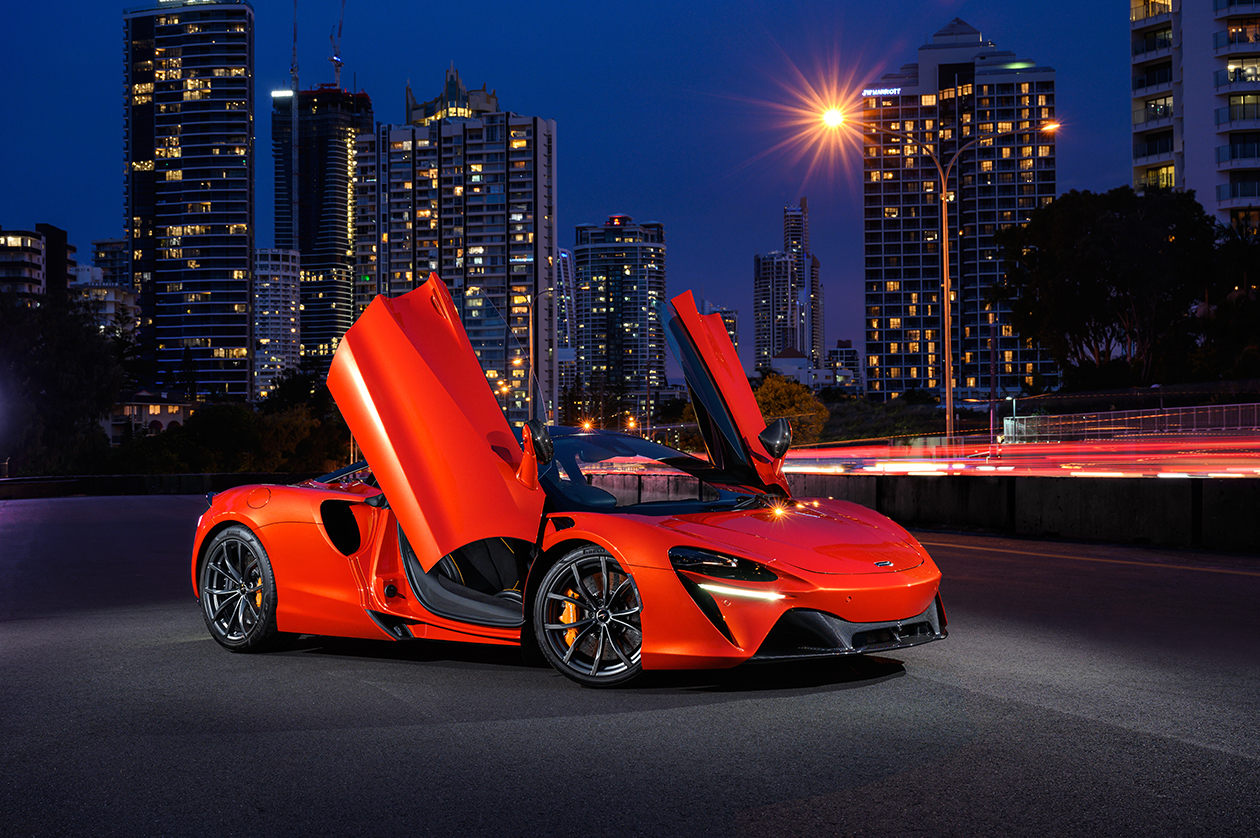 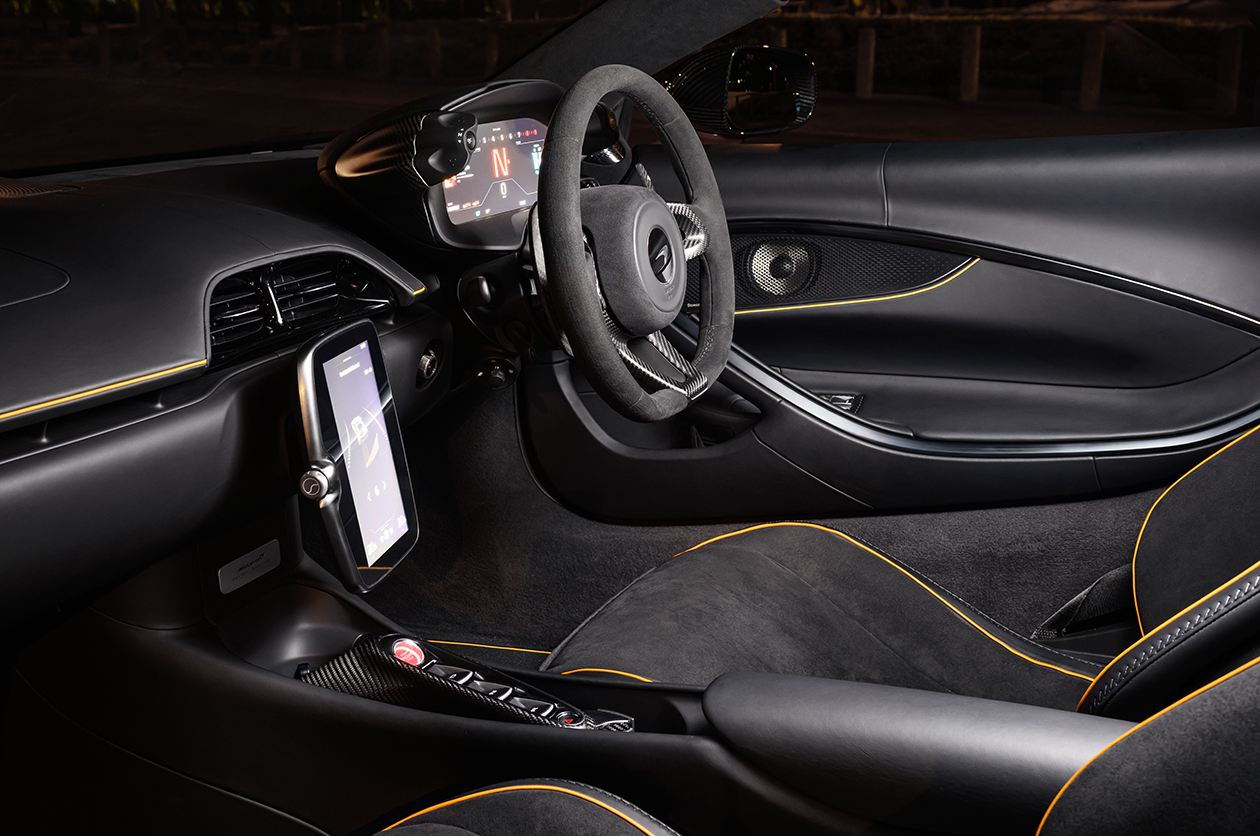 With a power output of 585PS – nearly 200 PS per litre – and 585 Nm of torque, the dry-sump aluminium engine is compact and lightweight at just 160 kilograms, enhancing packaging efficiency.

Working in harmony with the new V6 is the Artura’s compact axial flux E-motor. Smaller and more power-dense than a conventional radial flux E-motor, it is capable of generating 95 PS and 225 Nm, boasting a power density per kilo 33 percent greater than the system used in the McLaren P1™.

The debut of Artura is a landmark moment for McLaren, offering four exhilarating drive trains, the first of which is the new EV drivetrain, making it the most fuel-efficient McLaren ever built.

Comfort mode maximises range and efficiency, with the combustion engine shut off under 40 kilometres per hour with the use of an extended stop-and-start mode but phased in for greater speed and power requirements.

“Pushing the boundaries of vehicle technology and performance has always sat at the heart of what we strive for at McLaren Automotive,” says George Biggs, Managing Director, McLaren Automotive Asia Pacific and China.

“Artura is the essence of this goal, delivering world-class performance, driving engagement and dynamic excellence with the added enhancement of EV driving capability. The introduction of the Artura into the Australian market is a significant step for our customers, who will appreciate this car.”

As the first model to be built on the all-new McLaren Carbon Lightweight Architecture (MCLA), Artura signifies the marque’s commitment to continued innovation with dynamic excellence and blistering performance at the forefront of the driver experience. 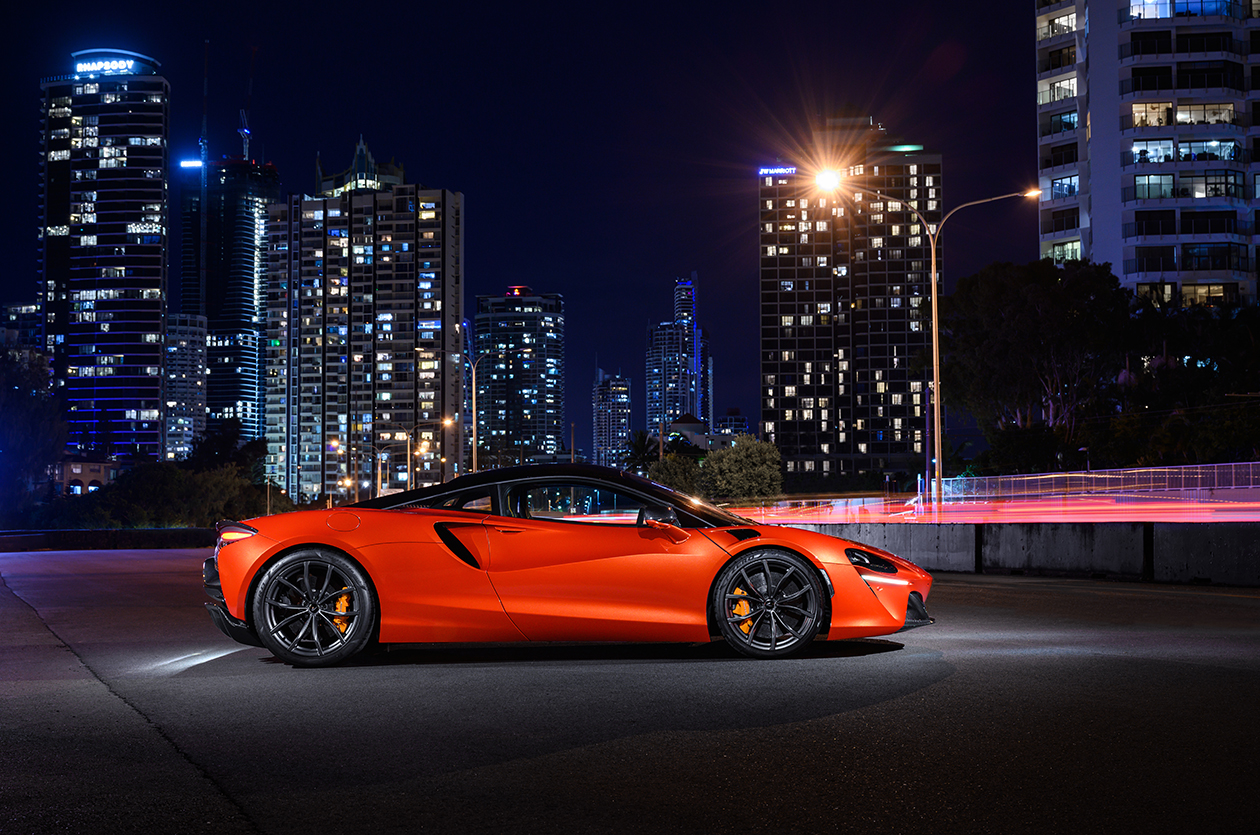 McLaren's most fuel-efficient model ever, optimised for high performance.

The innovative rear suspension system, which pairs a top upper wishbone with two lower links and a tie rod in front of the wheel centre, maximises vehicle stability and precision, and reduces understeer out of a corner while accelerating.

Every drop of McLaren’s technical expertise and experience has been channelled into making the all-new Artura extraordinary to drive and enjoyable to own.

Ever since the 12C revolutionised the supercar segment a decade ago, McLaren Automotive has continued to push the boundaries of supercar innovation.

The McLaren P1™ brought McLaren hybridisation to the hypercar sector as long ago as 2012. The Speedtail introduced astonishing new levels of hybrid performance, its 403 kilometres per hour (250 miles per hour) maximum speed making it the fastest-ever McLaren.

The introduction of Artura reinforces McLaren’s Track25 Plan goal of ensuring its sportscar and supercar range transitions to a hybrid powertrain by 2025.

With rising interest in luxury vehicles that deliver on comfort and technology as well as performance, McLaren Artura symbolises the beginning of a new chapter for the marque and its continued investment in designing and crafting vehicles that push the boundaries of innovation.

McLaren Artura is priced from AUD$449,500 plus on-road costs with deliveries commencing in Q4 2021, arriving complete with a five-year vehicle warranty as standard in addition to a six-year battery warranty and 10-year body warranty.