Devil’s in the details

Riva Yacht has announced its innovative and upcoming model, the Riva 68’ Diable, has officially been launched.

The Riva 68’ Diable has touched water for the first time according to a press release release by Riva Yacht, launching at Italy’s Lake Iseo.

The confirmation of this next stage sets the stage of progression for the upcoming 20.72-metre model, which is expected to debut at September’s Cannes Yachting Festival, followed by the Genoa Boat Show.

The brainchild of Mauro Micheli, founder with Sergio Beretta of Officina Italiana Design who worked in tandem with Ferretti Group’s Product Strategy Committee and Group Engineering Department, the 68’ Diable is defined by its open concept. An evolutionary step embraced by Riva that incorporates technologically focussed and functional design to elevate the onboard experience.

One of the new features that stand out in this model is the built-in hardtop. Featuring a clean, linear design that hides all technical elements from view, this addition protects and shelters the dining area and the helm station on the main deck.

The result is total coverage and maximum comfort without sacrificing the enjoyment and sportiness of an open yacht with a top speed of 40 knots. 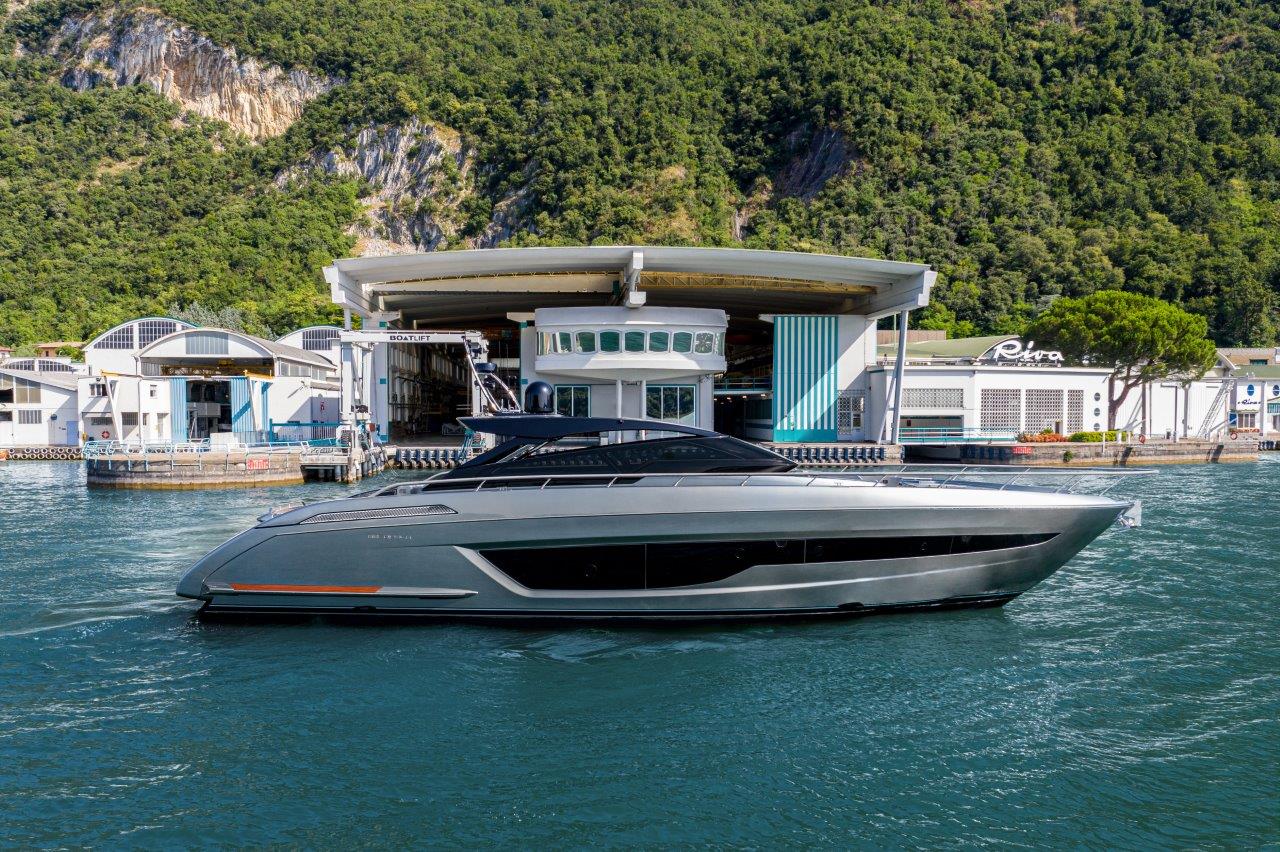 The sunroof can also be opened in two directions – forwards and reverse – for maximum liveability and comfort on the move.

The layout of the lower deck features three cabins for six guests, arranged around an open space containing a galley and a dinette for versatility and convenience. The master cabin is amidships, with the twin cabin with single beds to port and the VIP forward.

“Riva 68’ Diable is the irresistible temptation to which every Riva owner and fan can’t wait to succumb,” said Ferretti Group CEO Alberto Galassi.

“It looks like a design from the future, but is also a fantastic journey through Riva’s hallmark style and sophisticated detailing.”

“An unrivalled mix of innovation and masterful handcraftsmanship, it offers outstanding performance and unparalleled comfort. I understand the enthusiasm generated around this incredible boat, and it gives me immense pleasure.”

Leader of the pack

Leader of the pack