Alinghi has been one of the most successful and colourful teams in the modern America’s Cup, but after an absence of just over ten years, they have burst back onto the scene with their naming partner Red Bull.

“Ernesto and Alinghi have been sitting on the sidelines since 2010 and watching the America’s Cup through a number of class designs and iterations.

“Now that they have chosen to launch back into the America’s Cup, partnering with Red Bull is a true testament to the success of the AC75 class and the boundaries of innovation, design, and speed, which appeals to a far wider audience than has been seen in the past.” 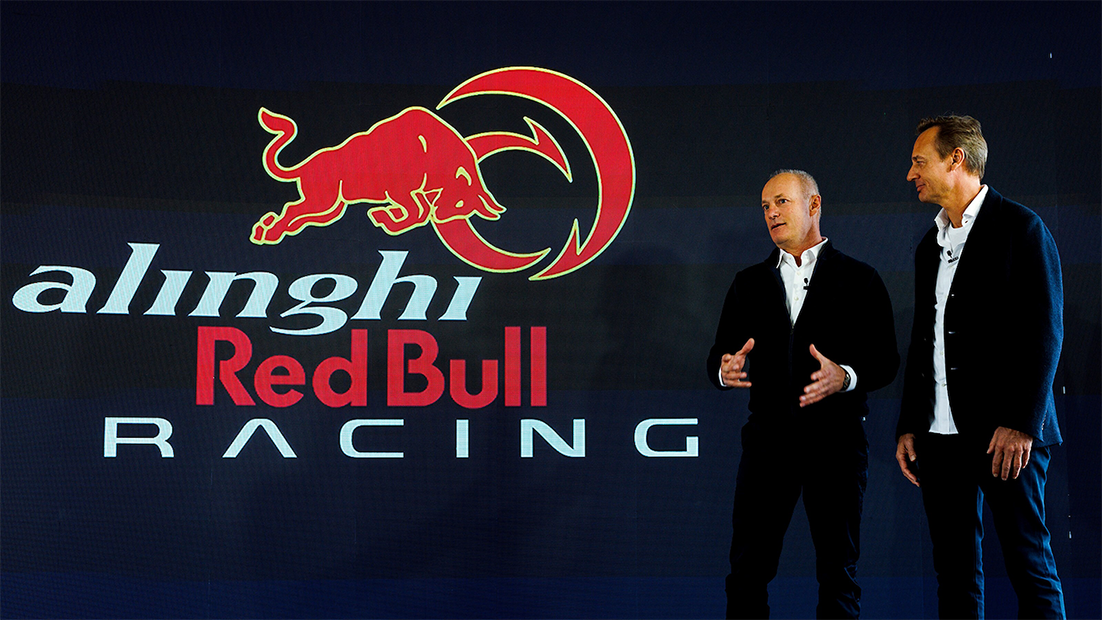 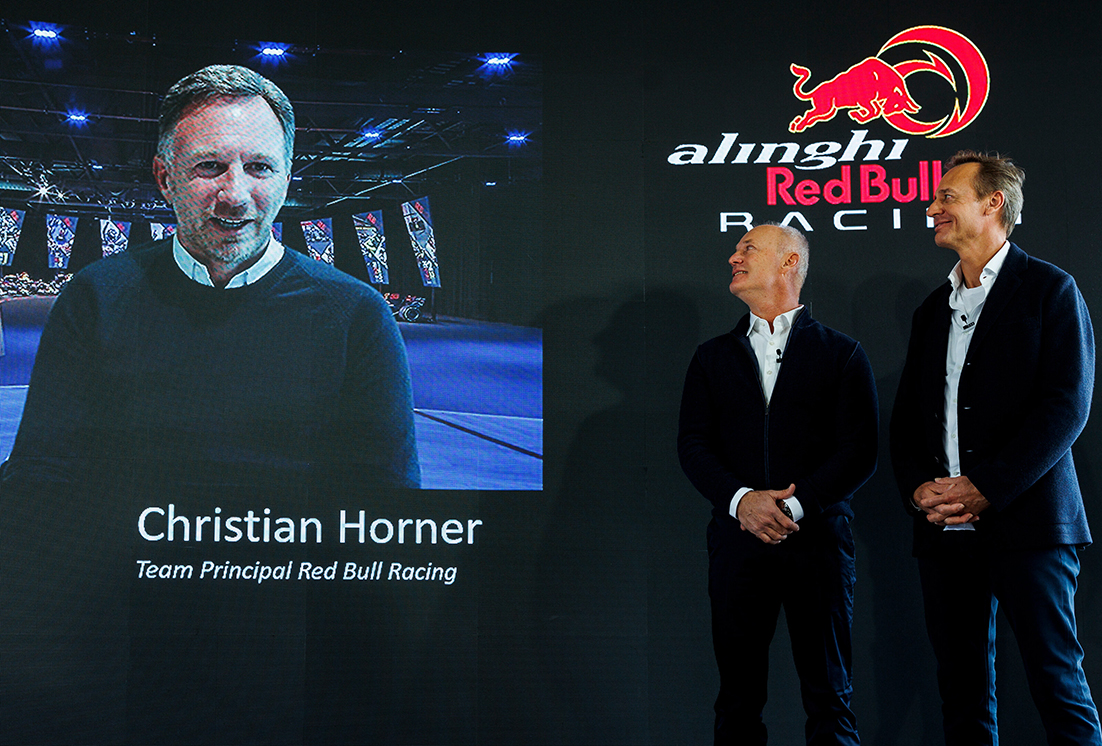 Christian Horner of the United Kingdom and Red Bull Racing, Ernesto Bertarelli of Switzerland and Hans Peter Steinacher of Austria and Alinghi Red Bull Racing seen during the press conference announcing the entry to 37th Americas Cup in Geneva, Switzerland on December 14, 2021 // SI202112140156 // Usage for editorial use only // 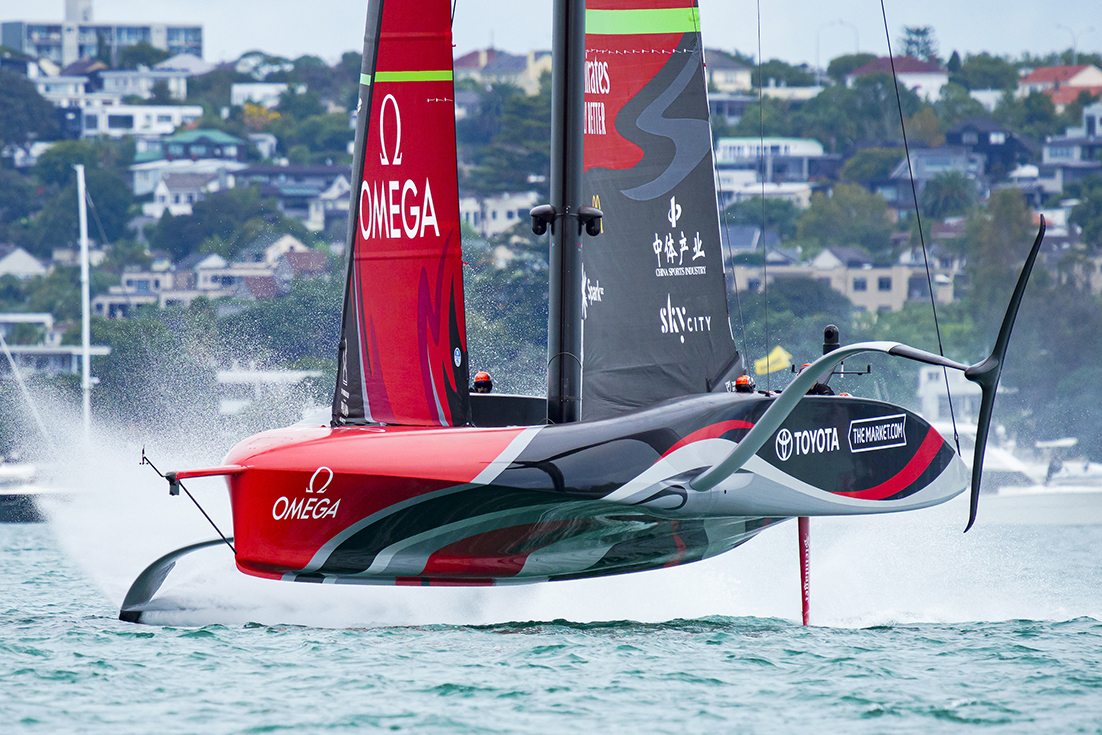 Ernesto Bertarelli of Switzerland and Alinghi Red Bull Racing seen during the press conference announcing the entry to 37th Americas Cup in Geneva, Switzerland on December 14, 2021 // SI202112140158 // Usage for editorial use only // 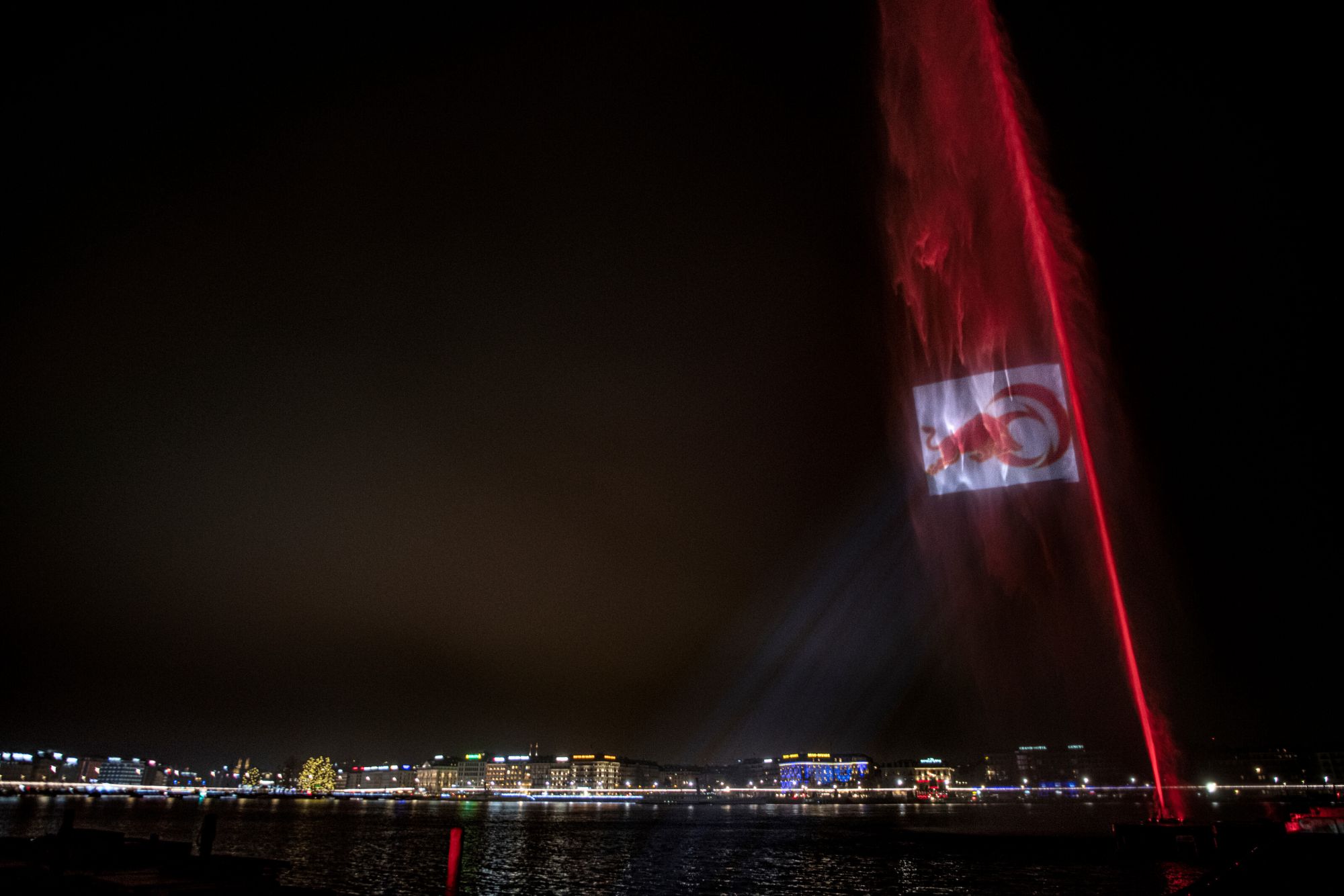 “Both Alinghi and Red Bull have been protagonists in bringing through the next generation of foiling sailors over the past 10 years.

“Red Bull itself drove the Youth America’s Cup previously in 2013 and 2017, as well as the Red Bull Foiling Generation. Alinghi has been developing grassroots sailing in Switzerland in a range of high-performance foiling classes.

“By embracing the youth development culture, they can field a top-level 100 percent Swiss national sailing team which is an excellent example of the possibilities for many countries wanting to grow their national talent pool in the top levels of sailing.

From the point of view of the Defender of the America’s Cup, there is no doubt this entry raises the game another notch now there are two well established, very well-funded teams, both with powerful F1 technological partnerships.

“Alinghi Red Bull Racing has a technological partnership with Red Bull F1 that has a total of five Formula One Drivers Championships, including Max Verstappens only this week, as well as four F1 Constructor’s Championships.

“We are aware of the resource that Sir Ben Ainslie has with his team, INEOS Britannia, and their partnership with Mercedes AMG F1 team already. Now we have the Red Bull F1 team partnering with Alinghi, and that’s before we even consider other existing Challengers like Luna Rossa, who were such strong opponents in the 36th America’s Cup Match and American Magic know are very busy working away also.

“Only two weeks after entries opened, it is abundantly clear that AC37 will be one of the most competitive and challenging America’s Cup competitions in many years.

“We are seeing the merging of two of the most technologically advanced sports in the world on land and on the water, which is only going to be a good thing for the competition and the growth of the sport and its audiences,” said Dalton.

If there is one thing the welcoming entry of the Société Nautique de Genève and Alinghi Red Bull Racing illustrates is how focused, well-resourced, and innovative all teams must be with the right people and minimal distractions if they have any hope of winning.

The competition has well and truly started!