Ferretti Yachts celebrates its 50th anniversary with the announcement of a partnership with Andrea Dovizioso.

Thanks to the sponsorship agreement announced during the press conference at Boot Düsseldorf, Ferretti Yachts will be featured on the race suit of the champion from Forlì in all the 19 rounds of MotoGP 2018.

Ferretti Yachts celebrated fifty years in business by announcing prestigious sponsorship agreement with a champion who has crossed many finish lines.

The Forlì shipyard – which has strong links with the city, where the Headquarters of the whole Ferretti Group are and will continue to be located, right next to one of the Ferretti Yachts production facilities – has decided to sponsor the motorcycle racer Andrea Dovizioso from Forlì, one of the stars of last year’s championship season with 6 successes and an amazing 2nd place in the final standings.

The Ferretti Yachts brand will feature on the sleeve of the motorcycle racer’s suit during the 19 rounds of GP 2018, from its debut in Qatar through to the final race in Valencia. 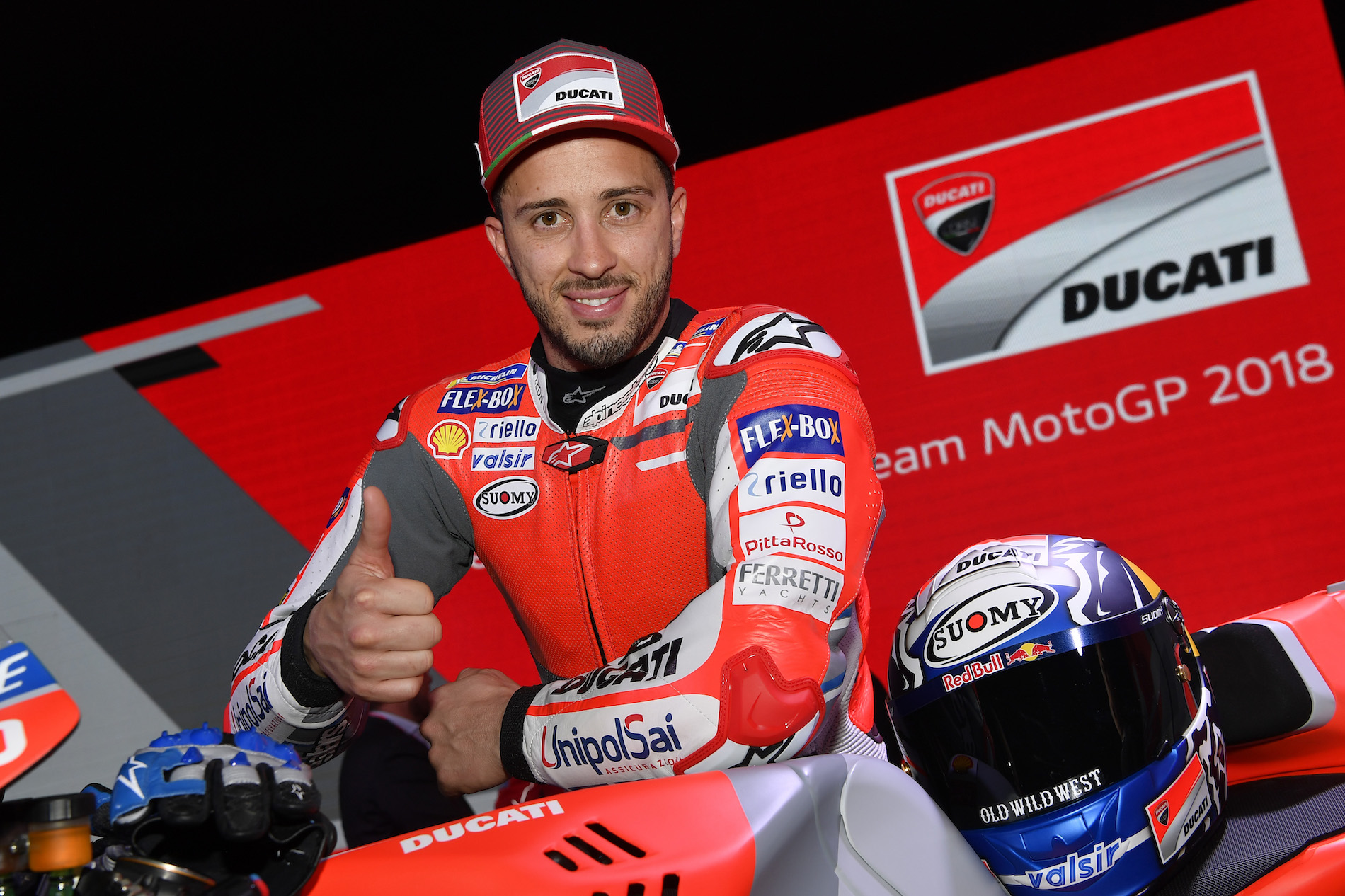 Andrea Dovizioso, who is currently engaged on the training rounds, sent a video with his greetings to the Düsseldorf conference, welcoming the news of the sponsorship: “Ferretti Yachts is the dream boatyard. Ever since I was a little boy, I was fascinated by the magnificent yachts I saw being transported along the road, bound for the sea.

Now, having this world-renowned winner brand on my racing suit gives me a special boost and makes me very proud.

After a fantastic 2017, 2018 is a crucial year for me, and this sponsorship will stimulate me into performing even better.”

Alberto Galassi, CEO of the Ferretti Group, warmly welcomed the agreement between Ferretti Yachts and Andrea Dovizioso, and had this to say: “Seeing these two champions of Italian excellence coming together makes me extremely proud. We wondered for a long time what would be the most appropriate way to celebrate the 50th anniversary of Ferretti Yachts, and the sponsorship of Andrea seemed like the most natural and most rewarding choice for one of our best-known brands.

Andrea is a ‘product of excellence’, if I may put it that way, of our local area, a huge champion and a longstanding friend of our boatyard. His courage, his personality, and his talent are the same qualities that have led Ferretti Yachts to produce world-class boats. 2018 is going to be a great year for this outstanding motorcycle racer and for our extraordinary yachts.”