Australian shipwright Steve Campbell has designed the Cape50, a modern cruiser conceived for the Australian market.

The Cape50 has been designed with modern Euro styling and is built in all-composite by Steve Campbell, a master shipwright with 30 years in the business, who has worked and sailed at the highest level.

Nearly six years ago, Campbell began toying with the idea of creating his own motor yacht for his family to enjoy. In 2008 he put pen to paper and commissioned an Australian naval architect to create her running surface and engineering.

They began work on the direct female mould in January of 2019, and in August of that year the first hull came out and it was married to the deck in October. The all-carbon-fibre cabin top was added in November and by December they had a full structure. 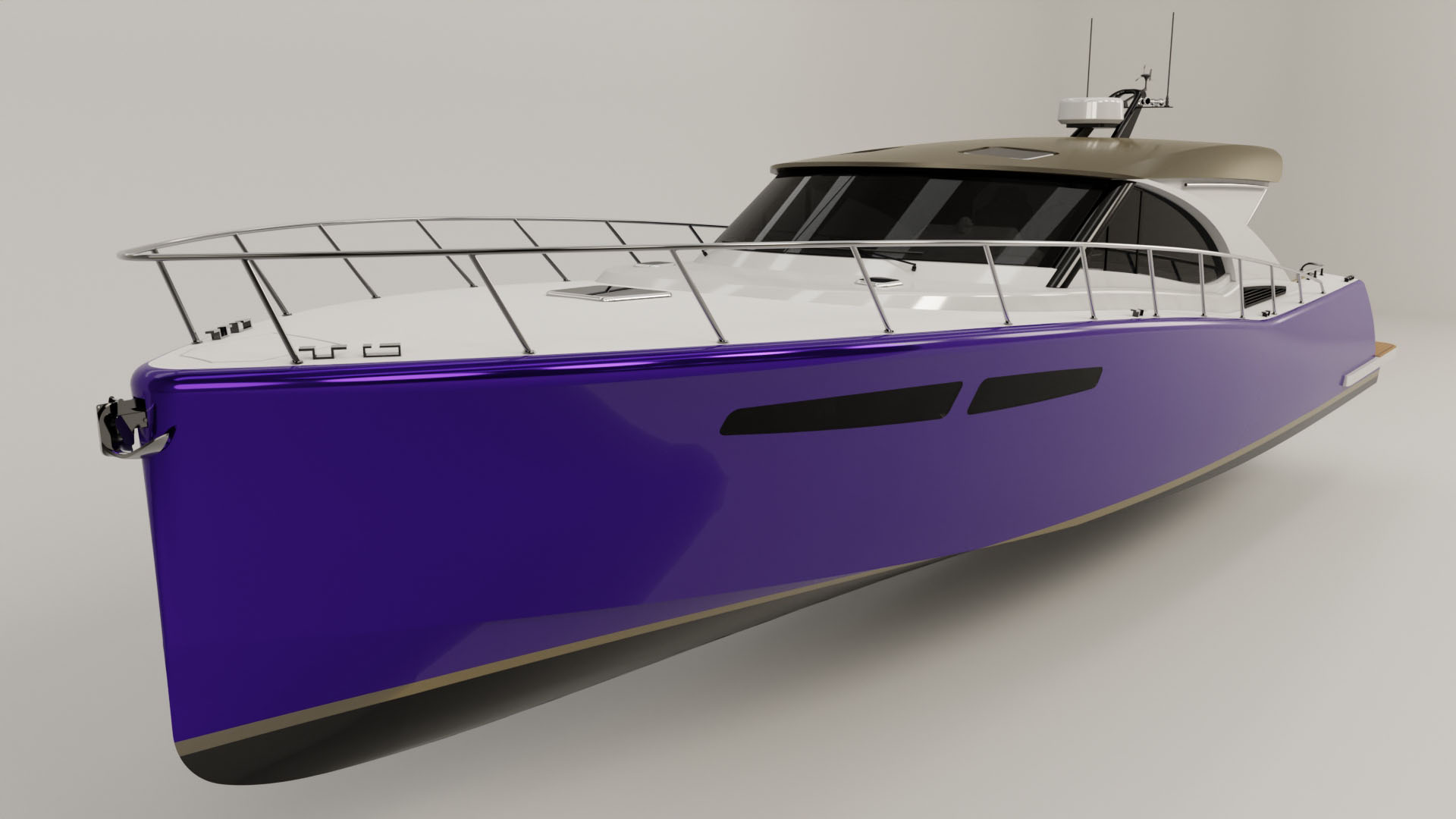 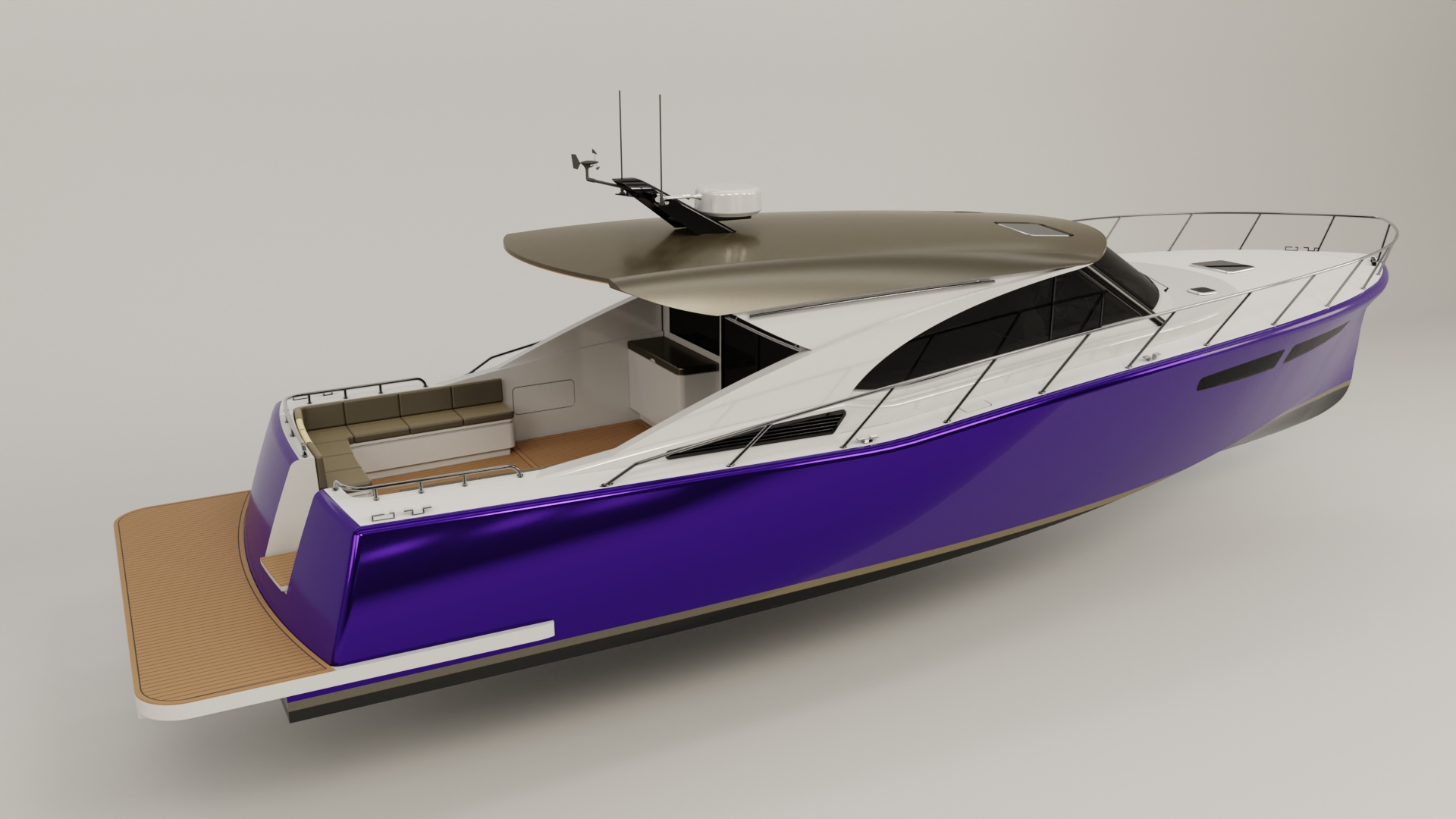 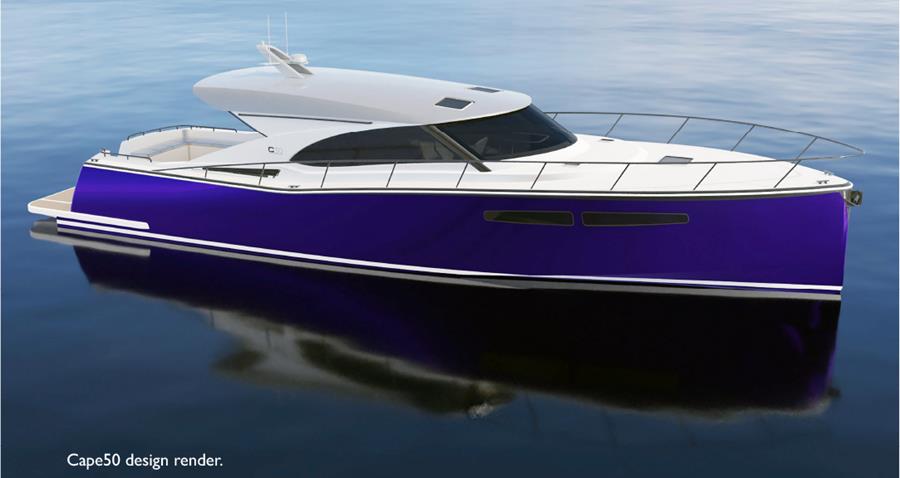 The stringers and engine mounts deploy a high-density foam sandwich in the creation of this E-Glass gem.

The Cape50 has a dashboard, coach-house roof and structural window mouldings all constructed in carbon fibre to make use of this material’s incredible strength and rigidity, while keeping weight aloft to a minimum and the centre of gravity down near the waterline where her Volvo Penta IPS engines and drives reside.

It all adds together to make a light yet super-strong structure capable of handling rough conditions. Steve Campbell and designer Angelo Finocchiaro created her distinct step, chines, and flare that provide her sea-keeping qualities.

The Cape50’s real flair comes in the way it is all combined, along with a 12,500kg lightship displacement, which affords brisk, mid-30-knot performance (WOT), and exceptional fuel efficiency.

Campbell said, “I do feel there is a need in the market for a sports saloon of high quality, and so we’re making it.”

“The cape50 is family-oriented, can take a cast of friends on a day trip, or family away for the weekend in a strong, fast, stable, comfortable and luxurious vessel.”

She will be christened this November, with sea trials and tests commencing thereafter.