Bremont extends its motorsport collection with the Jaguar C-Type watch.

Bremont is honoured to celebrate an icon of British racing with the introduction of the Bremont Jaguar C-type, combining Bremont’s design aesthetic with the C-type’s signature simplicity and elegance.

In 1948, Jaguar launched its first post-war sports car at The London Motor Show, the Jaguar XK120. Inspired by its design, the XK120 C was later introduced in 1951, which became widely known as the Jaguar C-type for Competition and renowned as a pioneering race car exuding elegance and sophistication.

The car was a huge success and unbeatable on the track. Its curvy, aerodynamic aluminium bodywork and sophisticated dual-overhead cam 3.4-litre, straight six-engine culminated in it winning the 1951 and 1953 Le Mans Races, setting a new lap record in the process.

The C-type was the first-ever race car to use pioneering disc brake technology. Originally designed by British Jaguar car designer, aerodynamicist and artist Malcolm Sawyer, the C-type was famed for its exceptionally fluid shape and as with previous Bremont x Jaguar designs, the 43 mm case of the Bremont Jaguar C-type draws inspiration from the car itself. 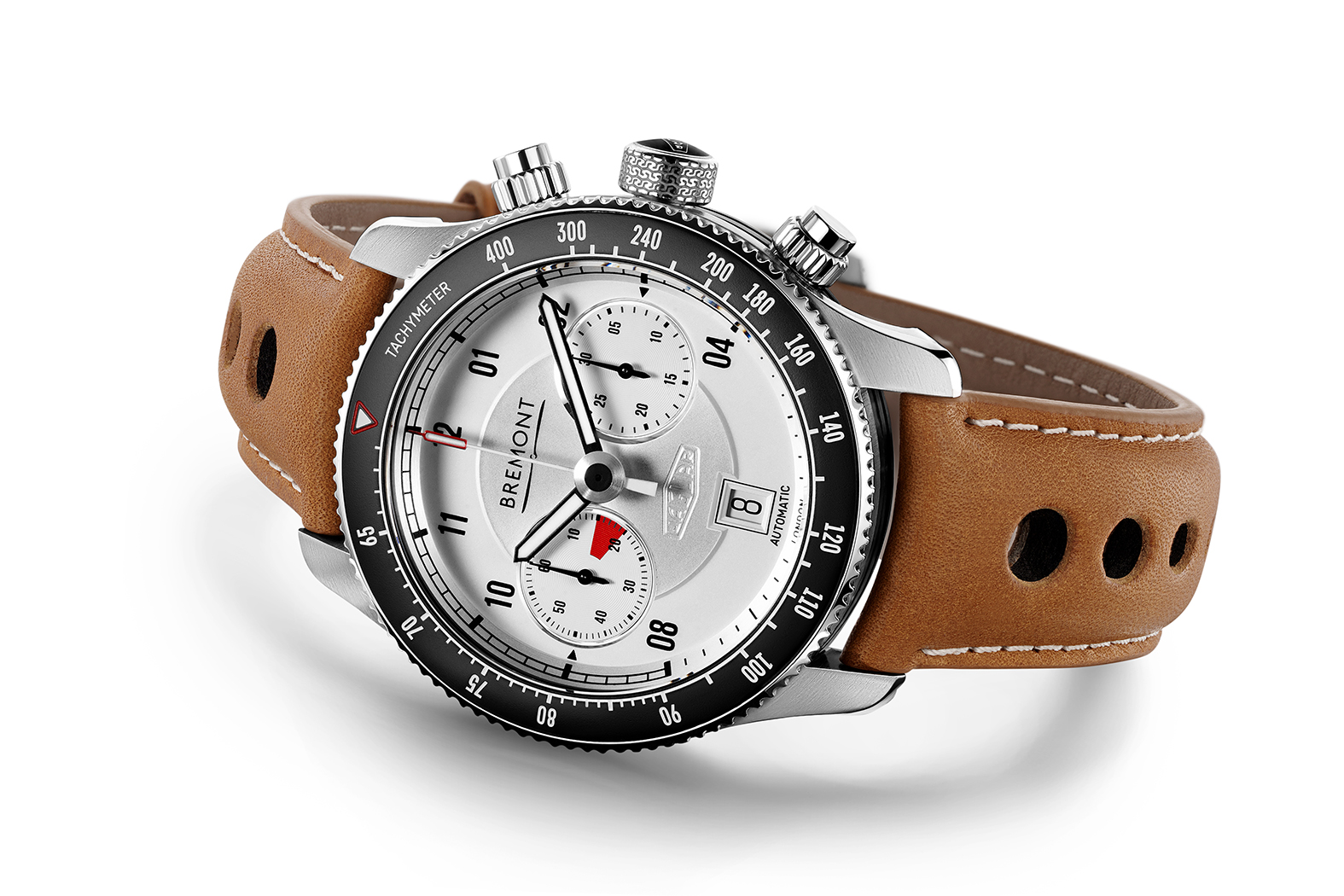 The watch draws inspiration from the fluid lines of the Jaguar C-Type, designed by British Jaguar car designer, aerodynamicist and artist Malcolm Sawyer. The new model joins Bremont’s esteemed collection of Jaguar watches, a series of notable pieces paying homage to both the E-type and D-type respectively.

The Bremont Jaguar collection beautifully celebrates the important parts of automotive history, ensuring the legacy and spirit of these legendary cars continues.

The red accent on the nine-hour sub-dial draws inspiration from the original Smiths gauges from the C-type, complemented by the chronograph hand inspired by the needle seen on the original C-type tachometer.

Chronograph and tachymeter functions ensure it will perfectly time that running mile.

The steel Trip-Tick® watch case is constructed from circular brushed stainless steel with polished bevels on the lugs and a winding crown, which is engraved with the original Jaguar heritage Dunlop tyre tread, iconic to Bremont’s Jaguar range of watches.

“The C-type is one of the most beautiful racing cars ever produced and is high up on my list of cars that I would most like to own, along with the D-type,” said Bremont Co-Founder Giles English.

“We have enjoyed a special relationship with Jaguar over the past 14 years, working with them on various concept car clocks, supplying clocks for the Queen’s private fleet of Jaguars, as well as developing a wonderful series of watch designs honouring some of their most celebrated cars. The C-type is a wonderful addition to the range.”