Australia SailGP Team has capsized and suffered serious damage ahead of Grand Final in San Francisco.

The capsize occurred towards the end of the team’s routine training due to a failed tack bear away. All athletes were safe and accounted for following the incident.

“It was getting late in the day and the breeze was building,” says Tom Slingby, Australia GP team helmsman.

“We were out for our final training run and we went for a tack bear away which is a hard manoeuvre and unfortunately we capsized. We have broken a few of the fairings on the platform and some of the electrical components, but the biggest damage is to the wing.

The top flap of the wing basically disintegrated on impact so that needs to be rebuilt from scratch. Typically that would be a one week process, but our tech team is looking to do this in the next 48 hours.” 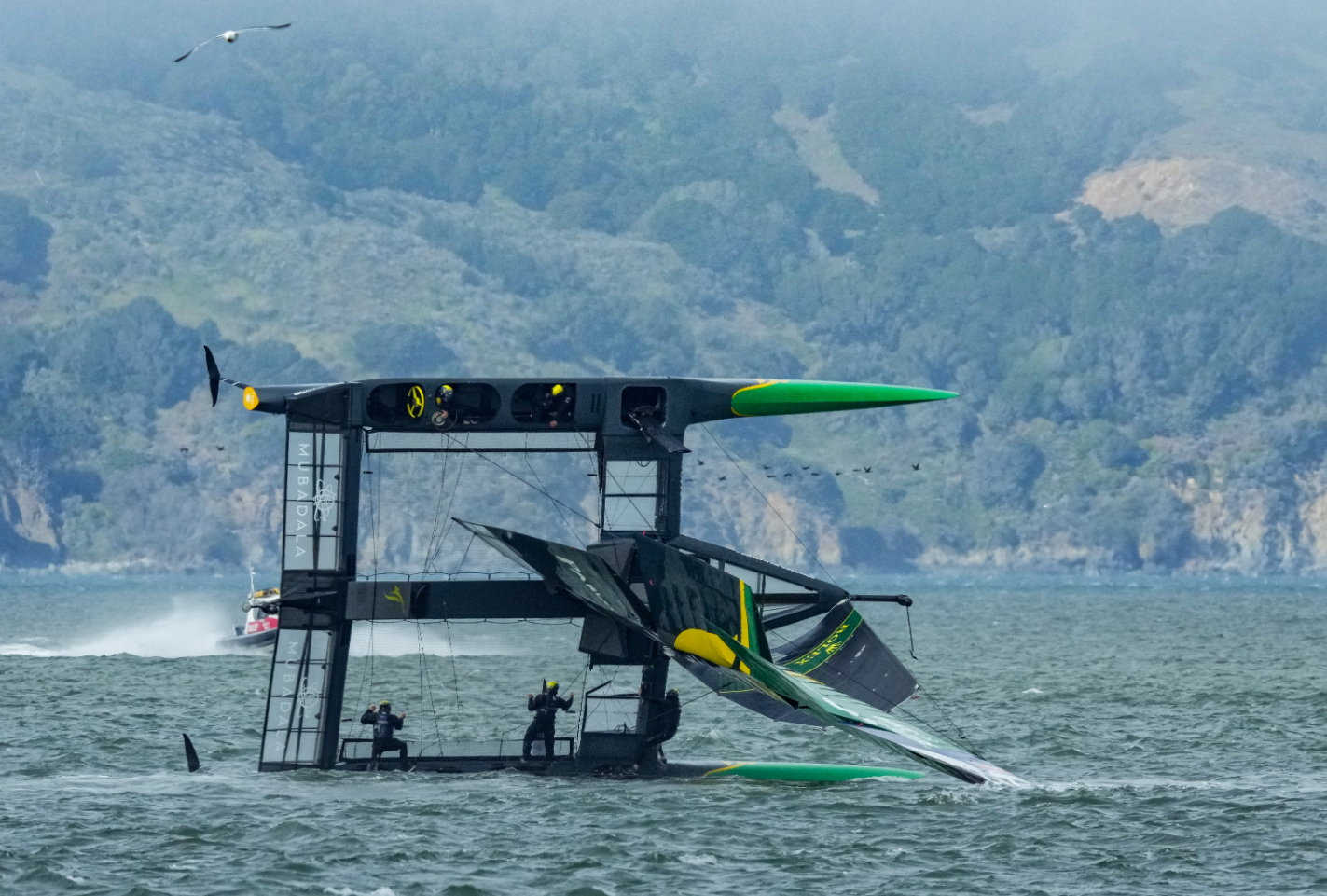 All Australia SailGP team members were safe and accounted for after the accident. (Credit: SailGP). 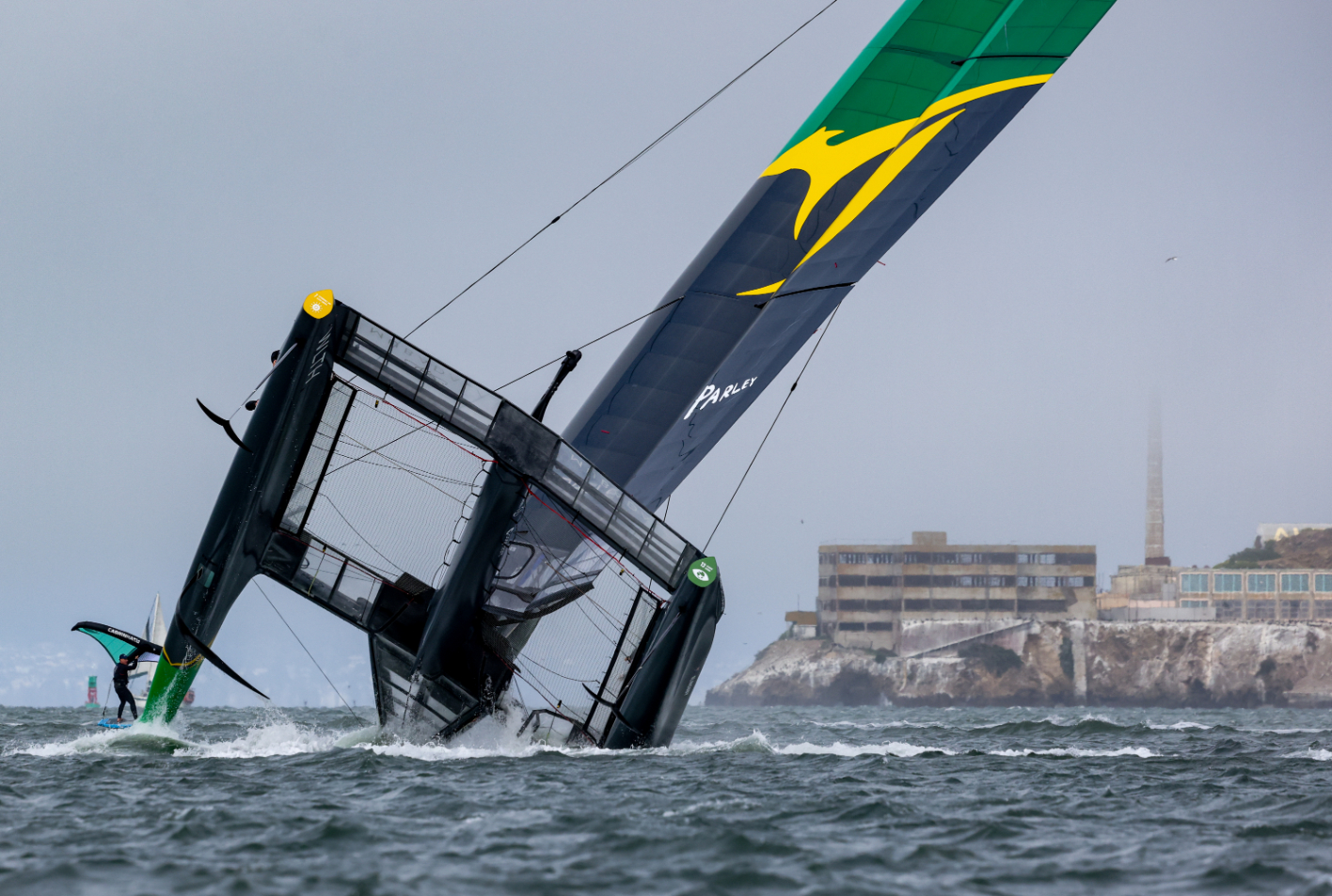 The capsize took place during practice for this week's finals. (Credit: SailGP). 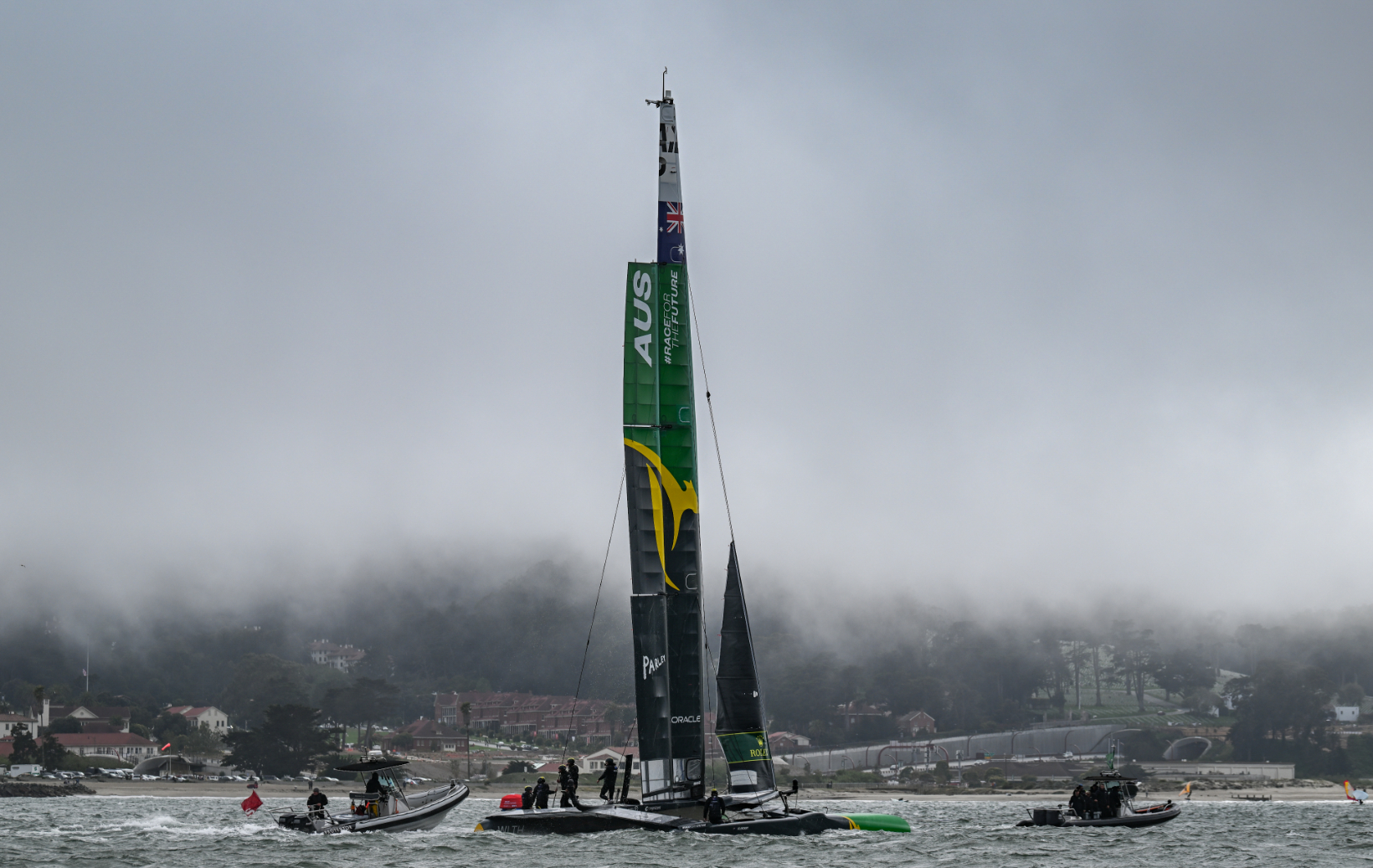 The SailGP tech team will now work on repairs for the finals this weekend. (Credit: SailGP).

The SailGP tech team will now work to repair the damage, aiming to have the team back on the water as soon as possible in preparation for the Season Final this weekend.

“We are going to be trying as hard as we can to get back on the water to train ahead of the racing, so we can test out the boat and make sure everything is working properly. It’s disappointing and it’s not the preparation we wanted,” says Slingsby.

“Unfortunately there are going to be a lot of people having late nights trying to get us ready, but we have an amazing shore and tech team around us.”

Following the Australian team’s dominant performance at the Australia Sail Grand Prix, the team has already clinched a spot in Sunday’s winner-take-all Grand Final race. Australia will compete against the United States team and an as-to-be-named third team for the season championship title.

Racing will air live on Fox Sports and on Kayo. Kayo are offering fans free access to both the live and replay racing, via its Kayo Freebies offer.