Benetti foresee a big surge in Australia’s luxury boating market over the next five years.

Following Benetti’s rapid expansion and activity in Asia in recent years, the Company will make their presence strongly felt at the Australian Superyacht Rendezvous at Gold Coast City Marina and Shipyard next month from 20 to 21 April.

Established in 1873 and known for “pure Italian excellence”, the iconic Benetti design, build and market semi- custom yachts from 28 to 45 metres and custom yachts up to or over 100 metres from its two Italian shipyards in Viareggio and Livorno.

Peter Mahony, General Manager of Benetti Asia will attend the Australian Superyacht Rendezvous and says Benetti has seen a noticeable spike in sales enquiries from Australia which he attributes to increasing wealth. 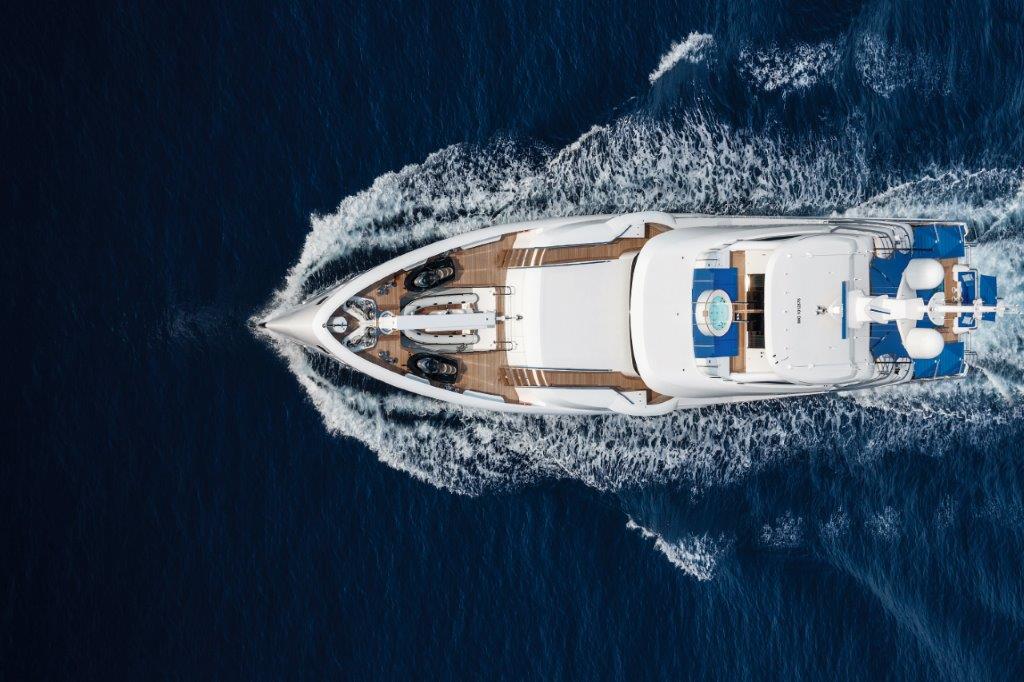 Navigating the Benetti MY Seasense.

“Australians appear to have a natural and discerning affinity for Italian design, prestige and quality which, married with Benetti’s experience, capability, and value for money makes our yachts a perfect choice for luxury market boat buyers,” Mr Mahony said.

“Our increased Australian enquiries are very positive and it has been interesting to see the Australian Bureau of Statistics reporting new data this month that shows the incomes of Australia’s top tier wealthiest households are growing 50 percent faster than average households – which is perhaps why demand for luxury boats is arguably on the rise,” he said.

“Further, Australia offers some terrific cruising grounds so it is understandable that buyers are looking for the ultimate in international yacht luxury, which Benetti is all about.

“We are thrilled to be a part of the Australian Superyacht Rendezvous and be able to talk first hand to yachting enthusiasts about the Benetti lifestyle which we believe fits like a glove with Australian boating life.”

Benetti’s evolving presence in the Australian market has seen the development of some key partnerships including the recent strategic partnership with Gold Coast City Marina and Shipyard to ensure Benetti owners have priority access to a world class “one stop shop” for repairs and maintenance with an impressive concentration of 80 onsite marine trades.

“We are delighted to know that any Benetti owners and crews can safely rely on the plethora of marine services and experts available at Gold Coast City Marina & Shipyard to receive second-to-none service and repairs – an important guarantee and assurance for our calibre of buyers.”

Some of the newest Benetti offerings the company hopes to sell in Australia in the near future include their steel hulled displacement “BNow by RWD” models designed in partnership with British design studio RWD and launched late 2017. They are available in four sizes including the smallest, the B48, which is under 500 GRT then 56, 63 and 68 metres.

Mr Mahony believes Australians will relish the revolutionary design emphasis on ‘life on board’ including gyms, spas, beach clubs along with modern informal indoor and outdoor lounge areas that can be easily customised to an owner’s needs.

“In carefully considering the purchase of a yacht, we believe Australia is progressing well with extensive and impressive infrastructure that will lead it to becoming the next superyacht hotspot which we anticipate will drive demand for high end luxury yachts with sophisticated offerings such as wellness spaces,” he said.