UP40 – Crossover is the first yacht designed by the brand in collaboration with Fulvio De Simoni.

Antonini Navi presents UP40 – Crossover, the first of three models based on the UP40 modular steel platform that allows the concept and type of yacht to be decided during the construction process.

Like the upcoming models – Motoryacht and Sports Explorer – Crossover has been designed in collaboration with multiple-award-winning architect and designer Fulvio De Simoni.

De Simoni says, “This model is a modern reinterpretation of classic boats designed for a precise function: simple forms with a strong personality clad in a versatile architecture open to customisation, designed to offer a simple and direct way to enjoy life at sea.”

Construction work will begin in September and, like all the boats produced by the shipyard, UP40 – Crossover will have a clean, balanced and innovative design. 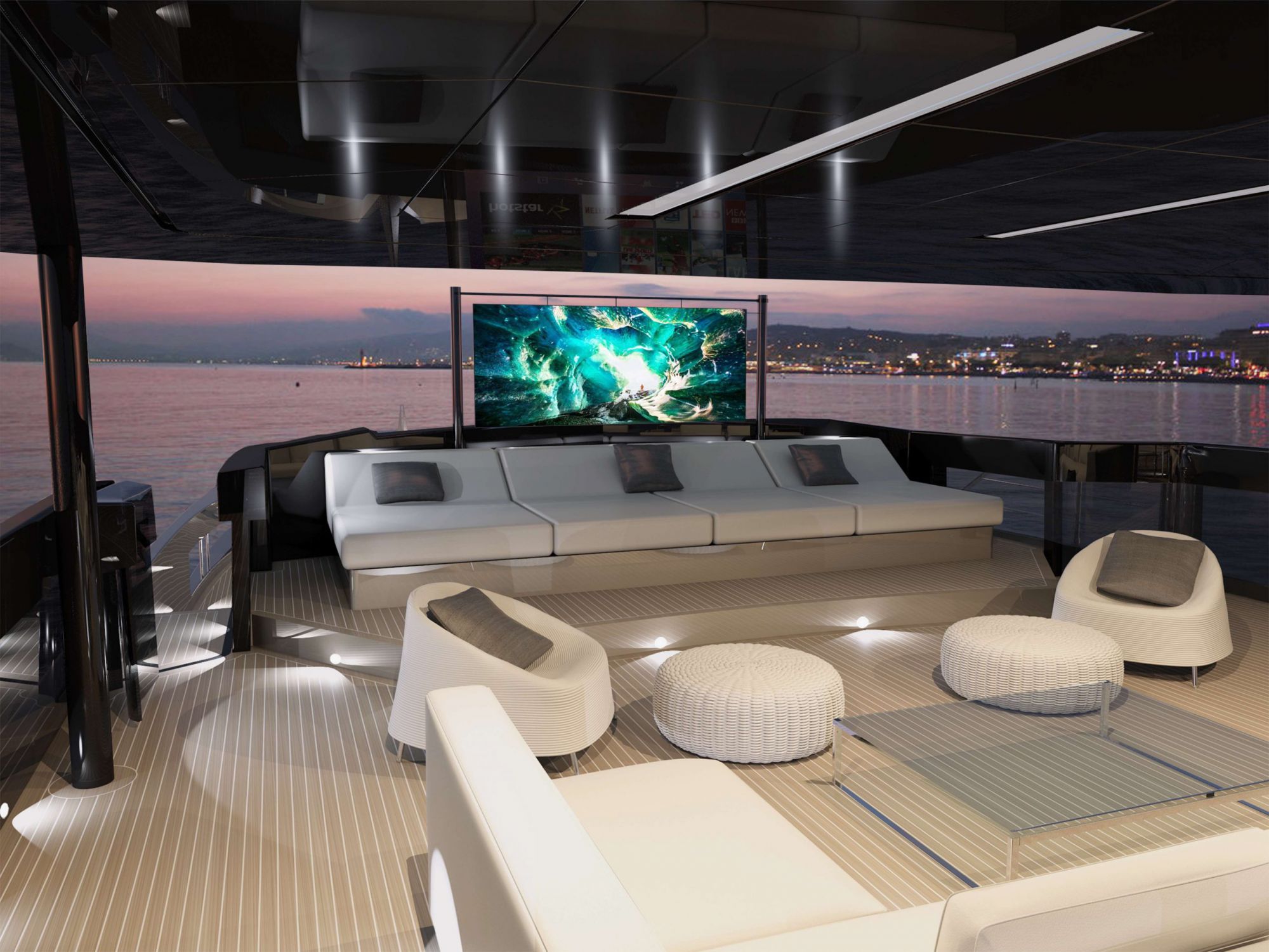 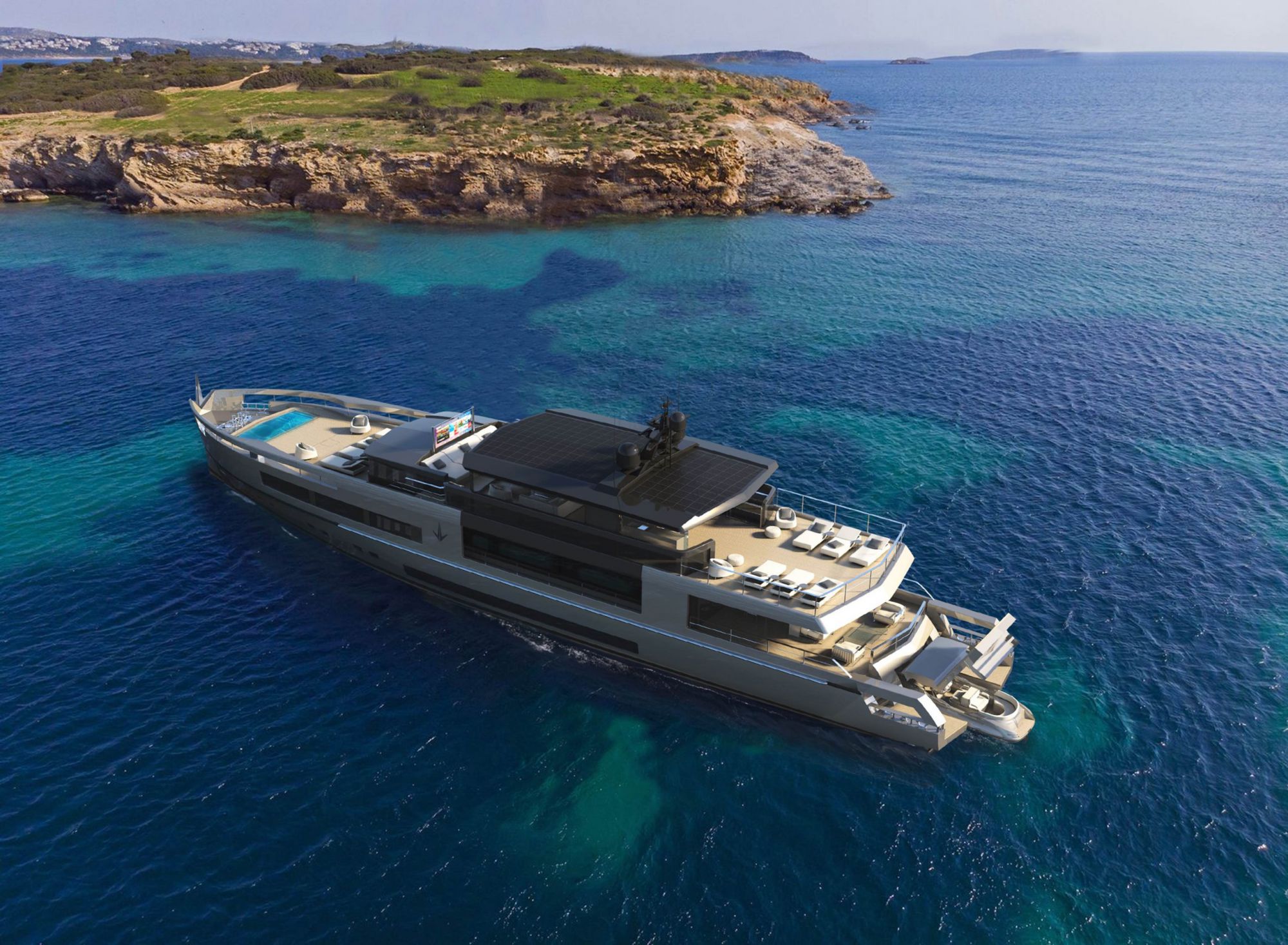 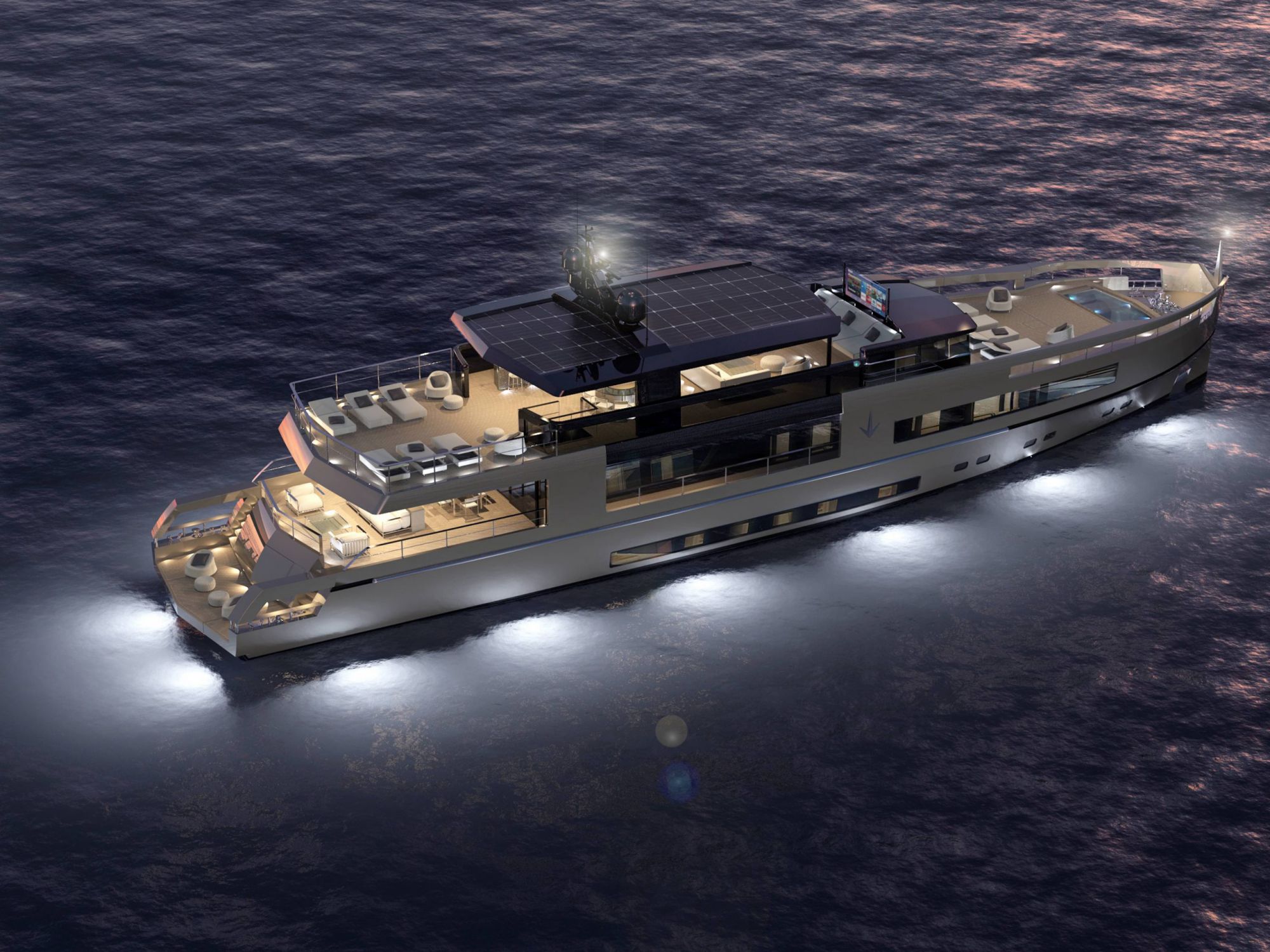 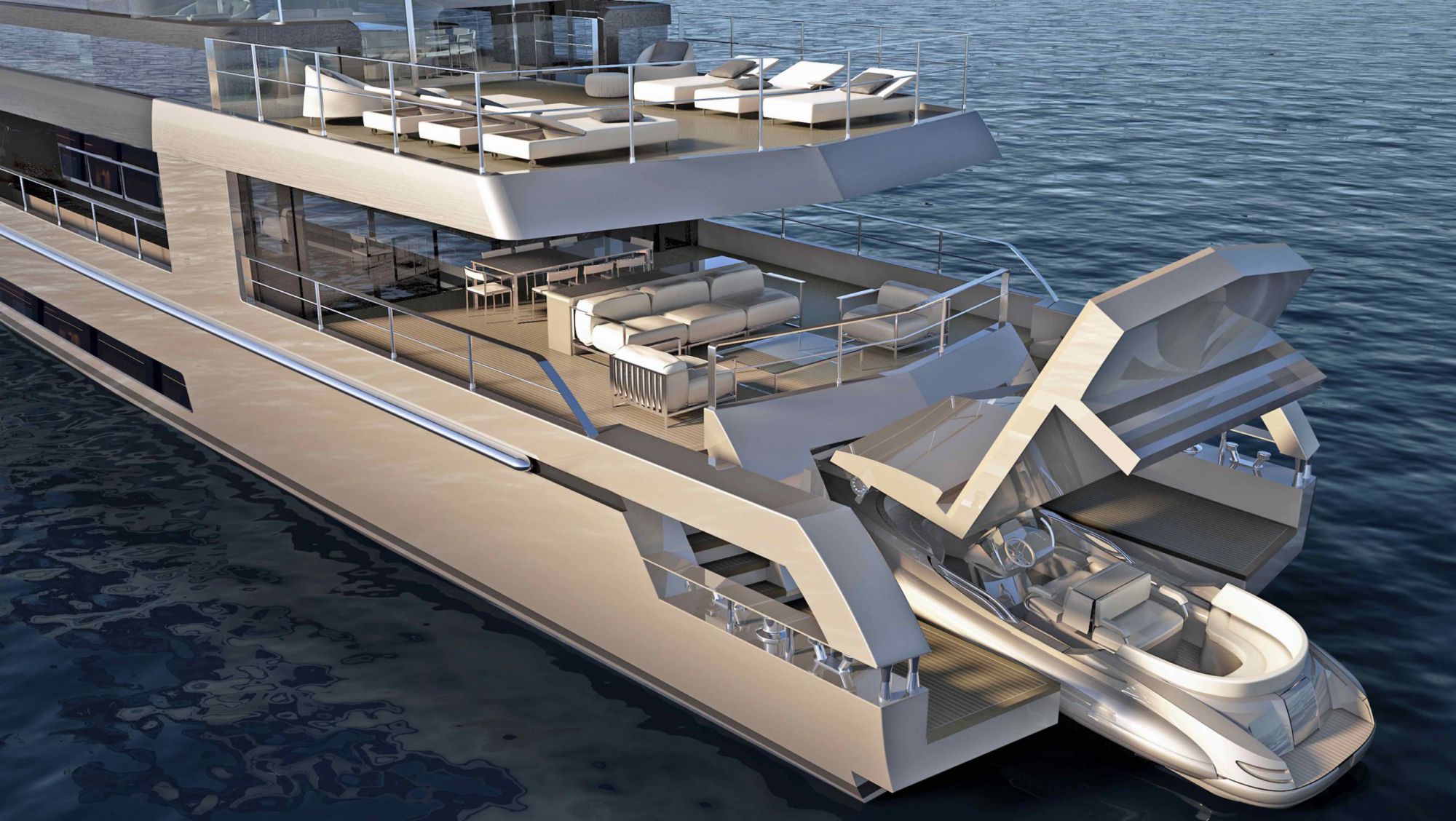 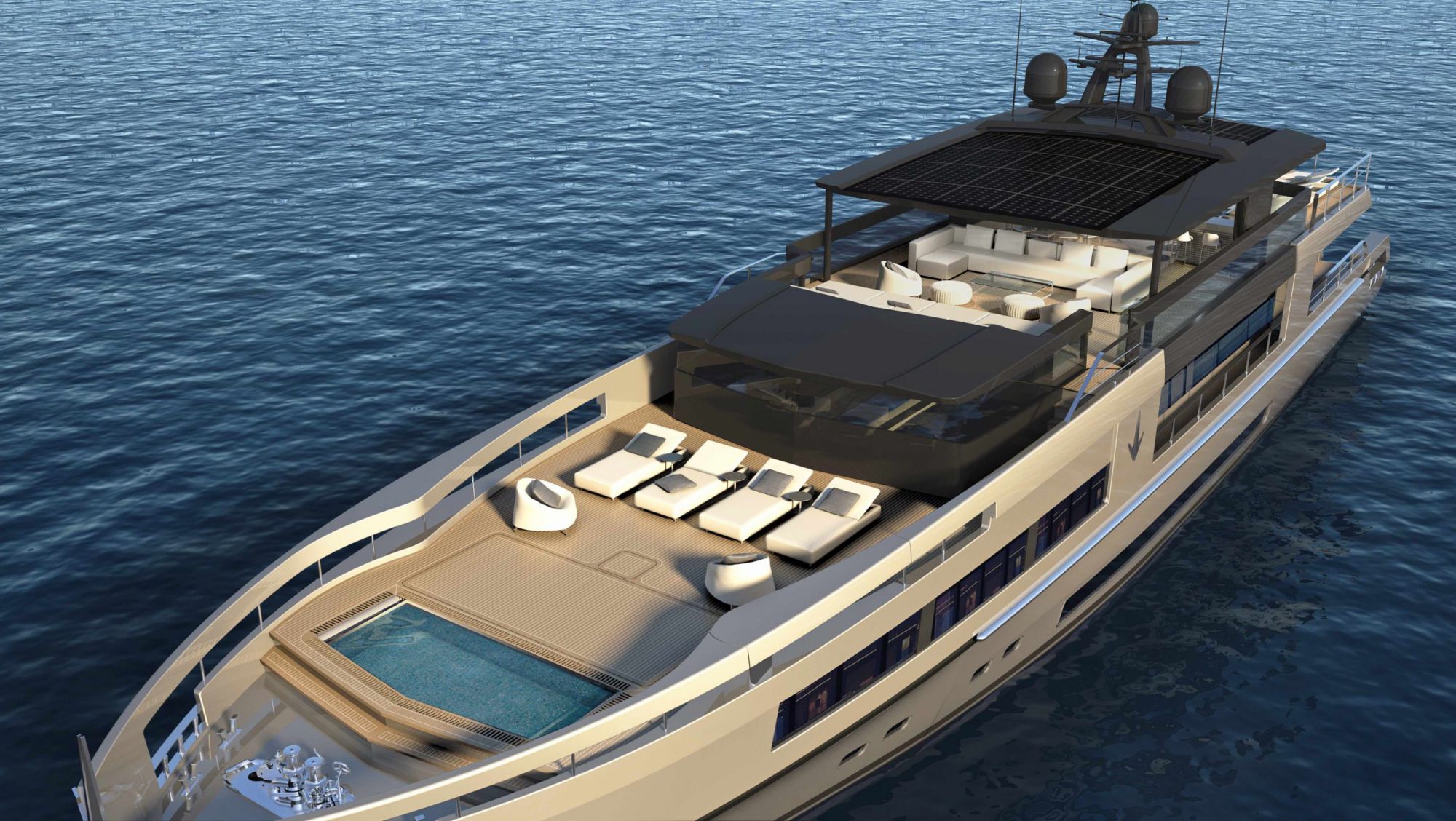 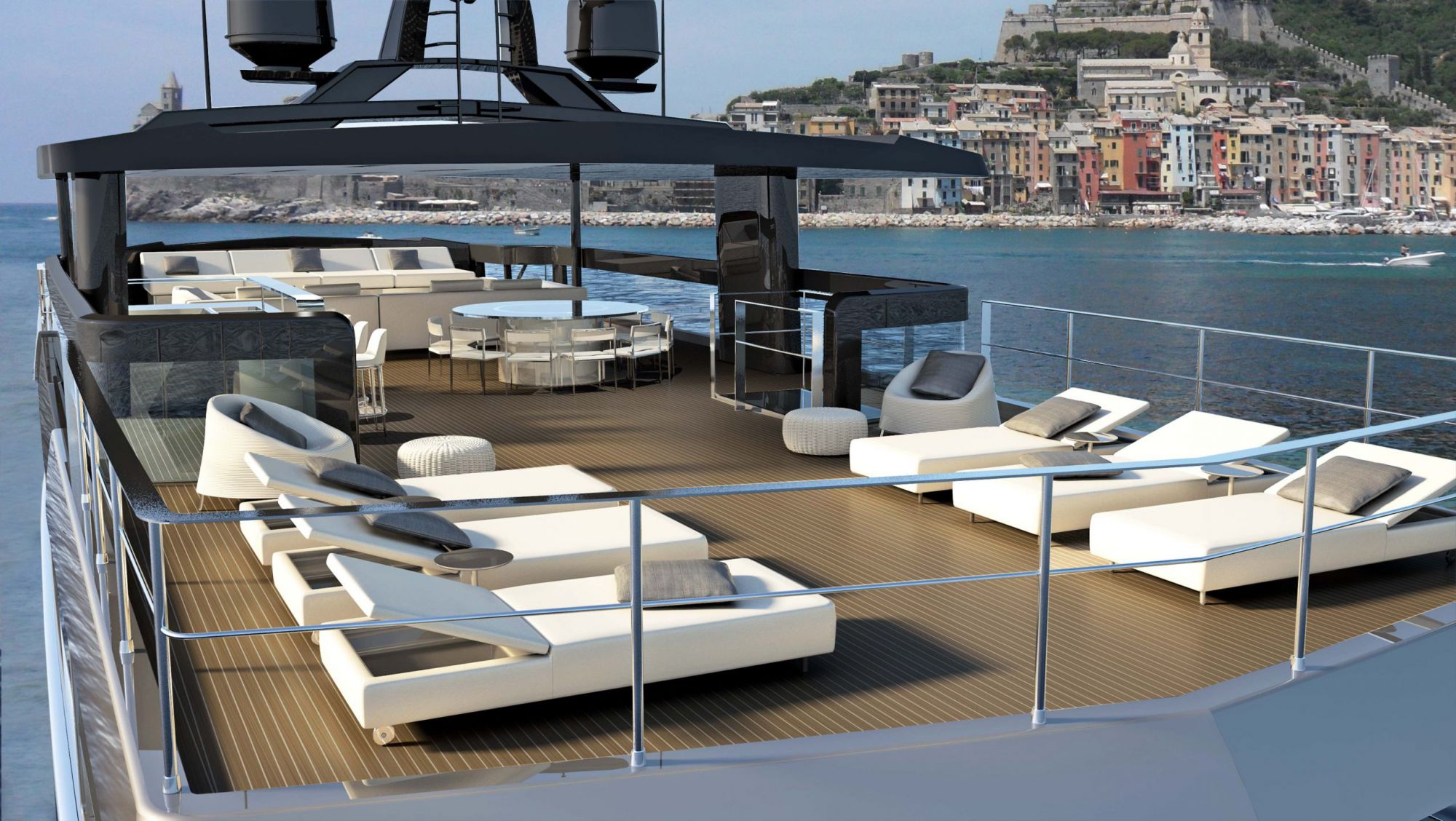 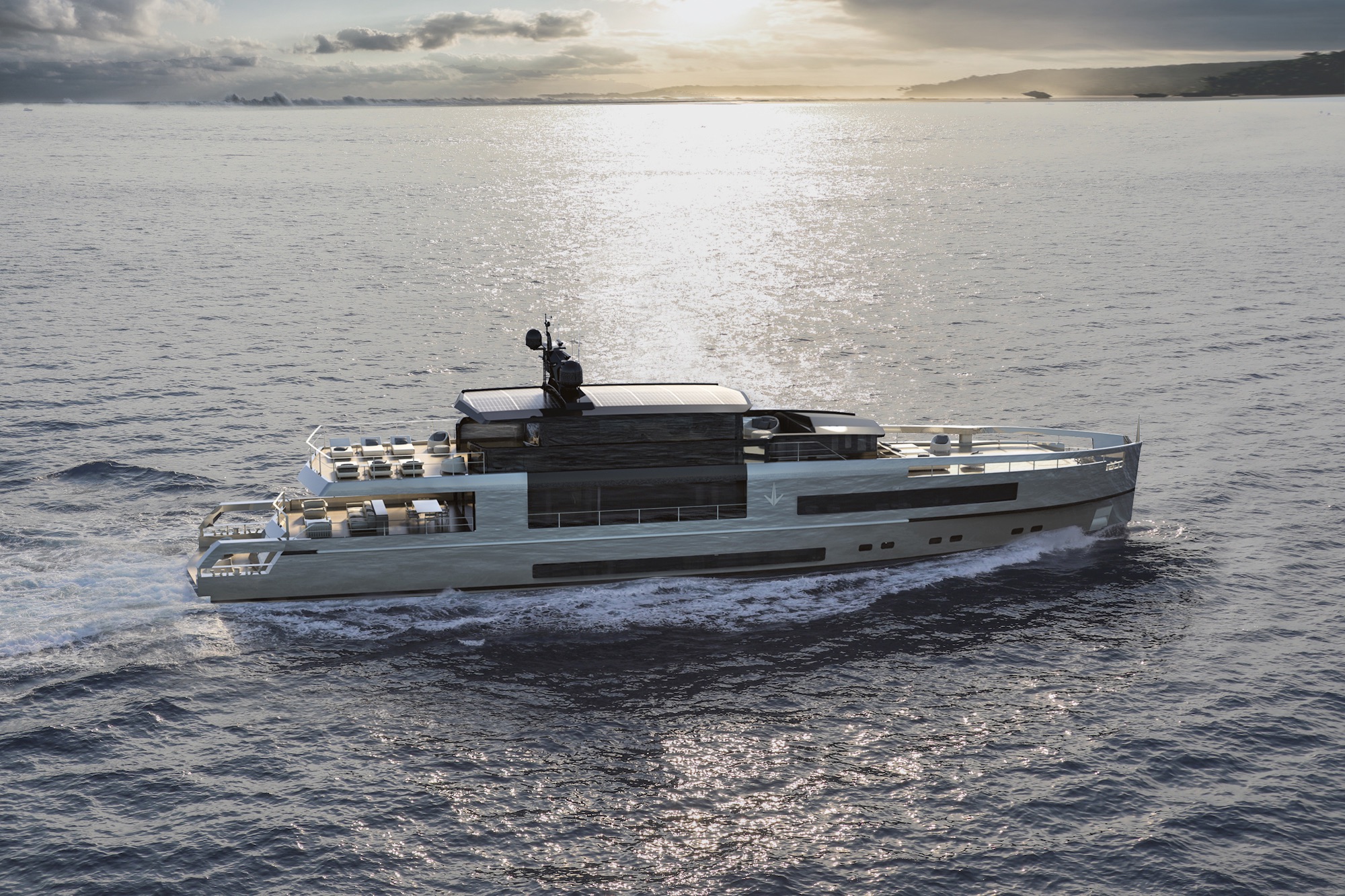 Two main decks are connected by a half-deck containing the single helm station. De Simoni described this choice by saying, “The unusual arrangement of the decks, with the wheelhouse area and foredeck set at a height midway between the main and upper decks, minimises the difference in height.

“It also creates continuity across the entire upper section of the boat, turning it into a huge terrace on the sea covering over 200 square metres, a sizeable portion of which (a full 90 square metres) is protected and shaded by the hard top.”

Static and dynamic testing of the hull, hull lines and appendages was performed at the MARIN Maritime Research Institute in the Netherlands, simulating sea-keeping in up to extreme navigation conditions.

The generous freeboards have flowing lines, and the cut of the bow is contemporary in style. The exterior areas can be furnished in various ways, and an infinity pool can also be installed in the bow area on this model, creating a full-fledged solarium that is pleasantly airy both at anchor and when cruising.

UP40 – Crossover is available in two versions, a fully Open Deck model designed for cruising in Mediterranean climates, plus an Enclosed Bridge version with a superstructure that covers part of the upper deck and features extensive glazed surfaces, offering a 360-degree view of the horizon.

In this case, the owner’s suite can have a surface area of over 60 square metres and a private terrace. The external bow area can, of course, accommodate a table for alfresco dining and a sunbathing area.

There are up to four double cabins for guests on the lower deck, sleeping a total of ten people, while five cabins are set aside for the crew.

The new model from Antonini Navi will also have two tenders: the first, seven metres long, is housed in the stern hangar for easy launch and recovery, while the second, measuring almost four metres in length, is stowed forward for use by the crew, with a recessed winch integrated in the gunwale.

The big fuel tanks and a special focus on efficient cruising deliver grand-cruiser range of over 5,000 miles at 10 knots. Top speed is about 15 knots and cruising speed 12 knots.