Hosted at the dazzling ONE˚15 Marina in Sentosa, the 2017 Singapore Yacht Show opened its doors to everything superyacht under the tropical sun.


Photography by Hillary Buckman and SYS

As the horns blew to signal the end of the 2017 Singapore Yacht Show (SYS), the mood was jubilant.

Over the course of the four-day event, SYS welcomed 14,286 visitors through its doors for what was widely considered its finest edition. In addition to 94 yachts on the pristine water, visitors were treated to a glamorous program of supercar parades, fashion shows, yacht parties, gourmet food and an array of pop-up bars.

The SYS 2017 hit new milestones with a record number of world premieres. Prominent brands such as Boat Lagoon Yachting and the Ferretti Group chose SYS as a platform to debut their new yachts and concepts to the Asian market.

Boat Lagoon Yachting had the largest exhibit, with a total of 13 boats on display, including the first ever in-water showing of the sporty but elegant Princess S60. In partnership with Hong Seh Marine, the Ferretti Group showcased five yachts, three of which – Ferretti Yachts 450, Pershing 5X and Ferretti Yachts 700 – made their regional debut. 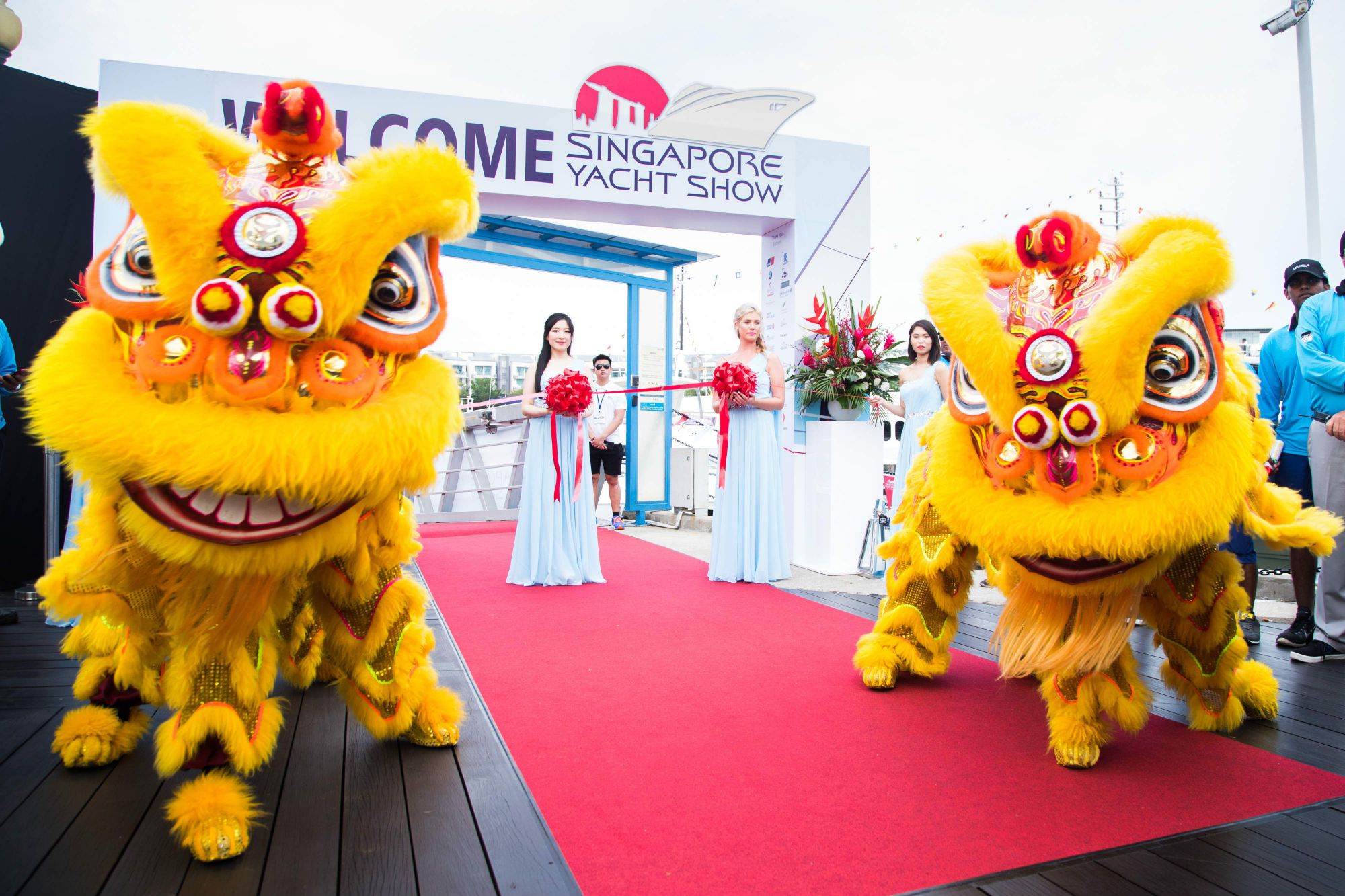 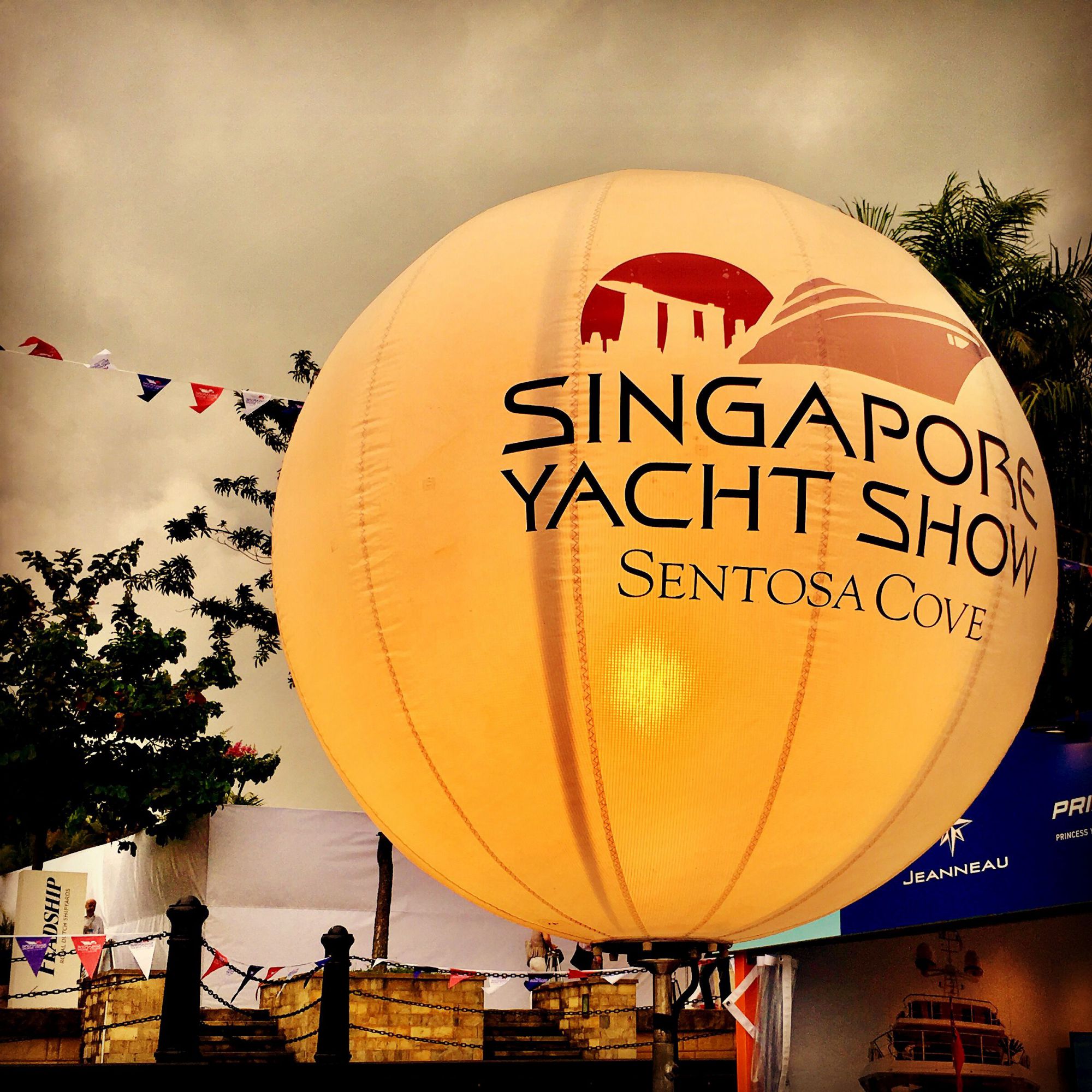 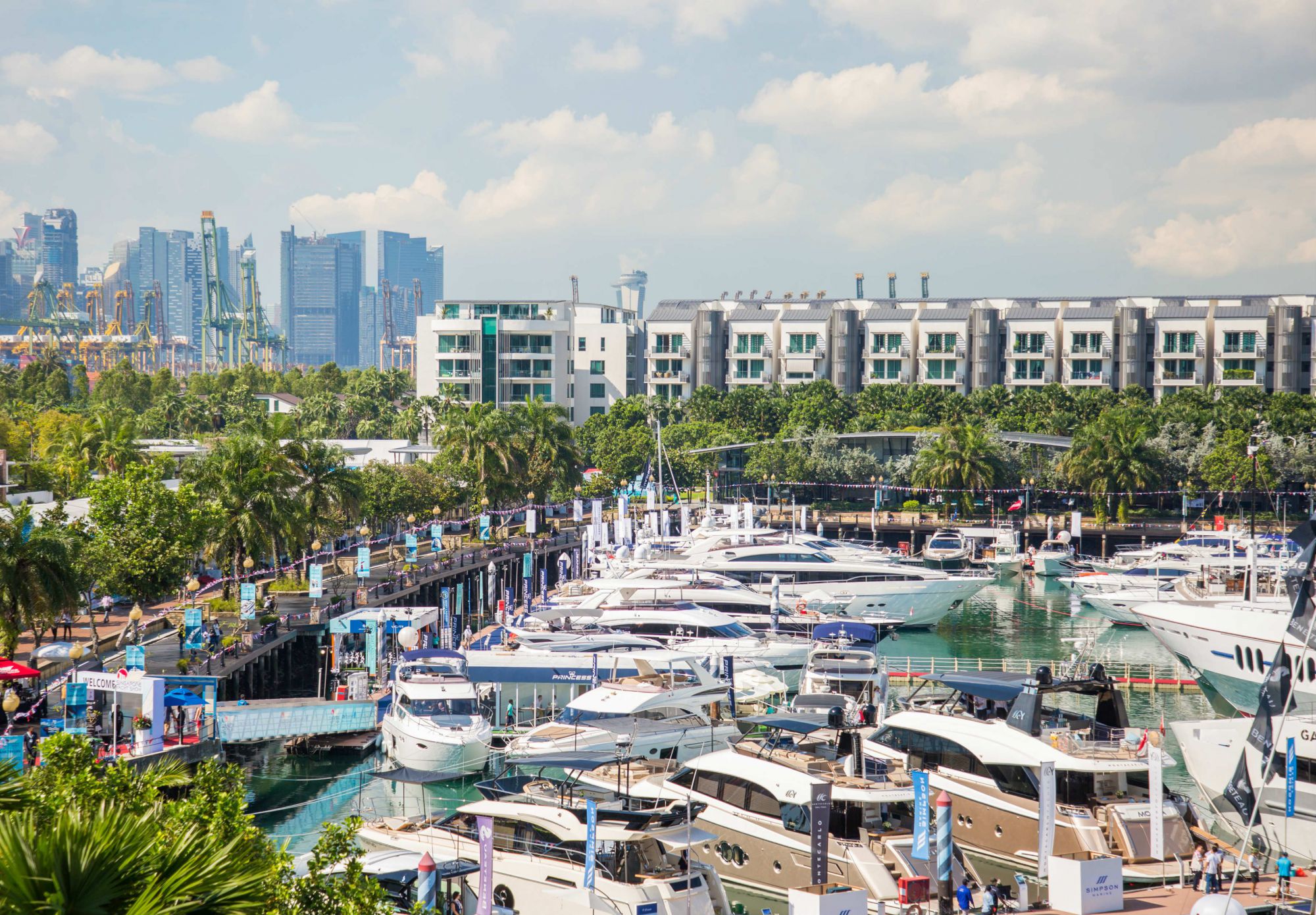 Maha Yacht Club was presented at the Singapore Yacht Show. 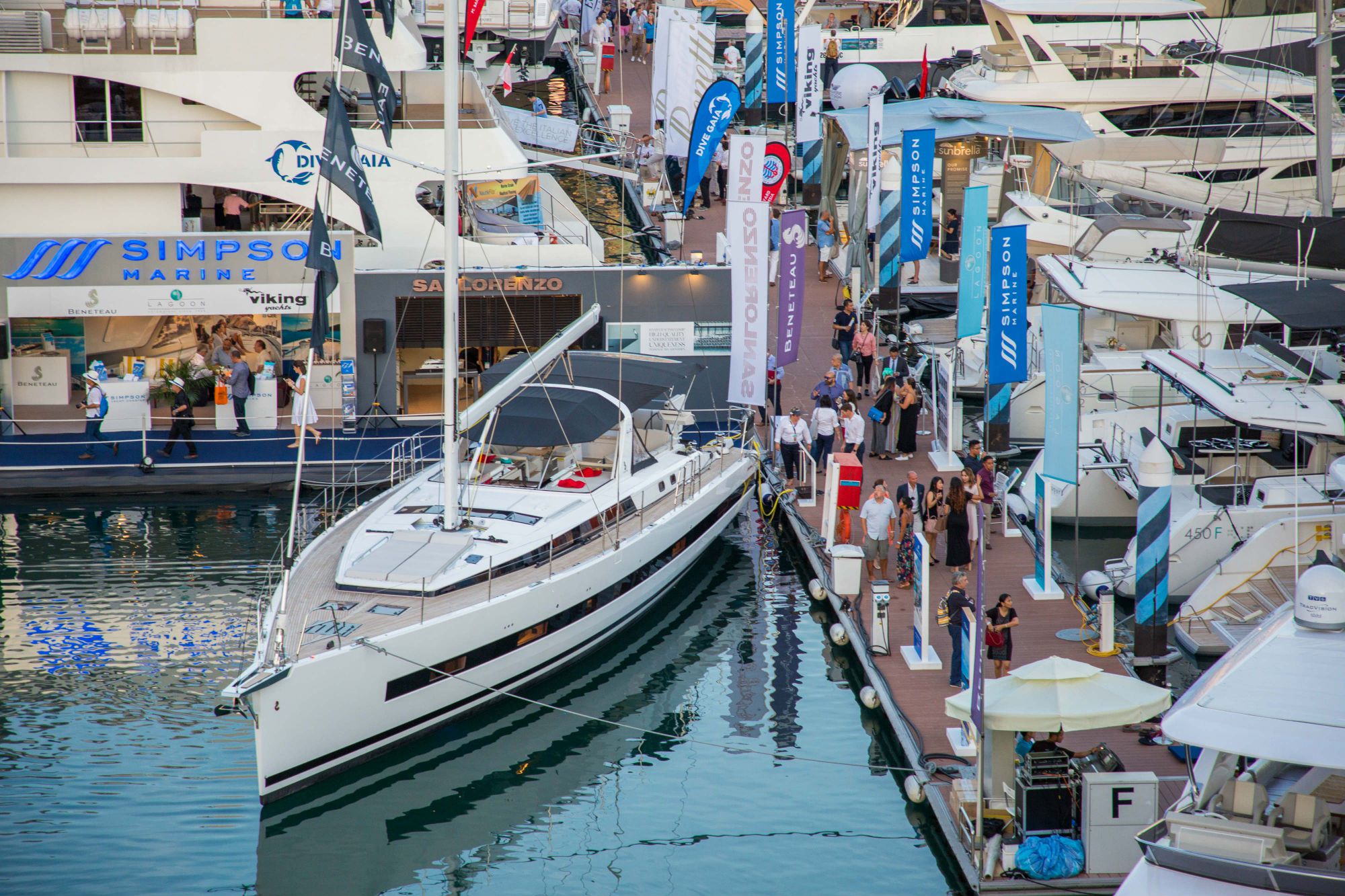 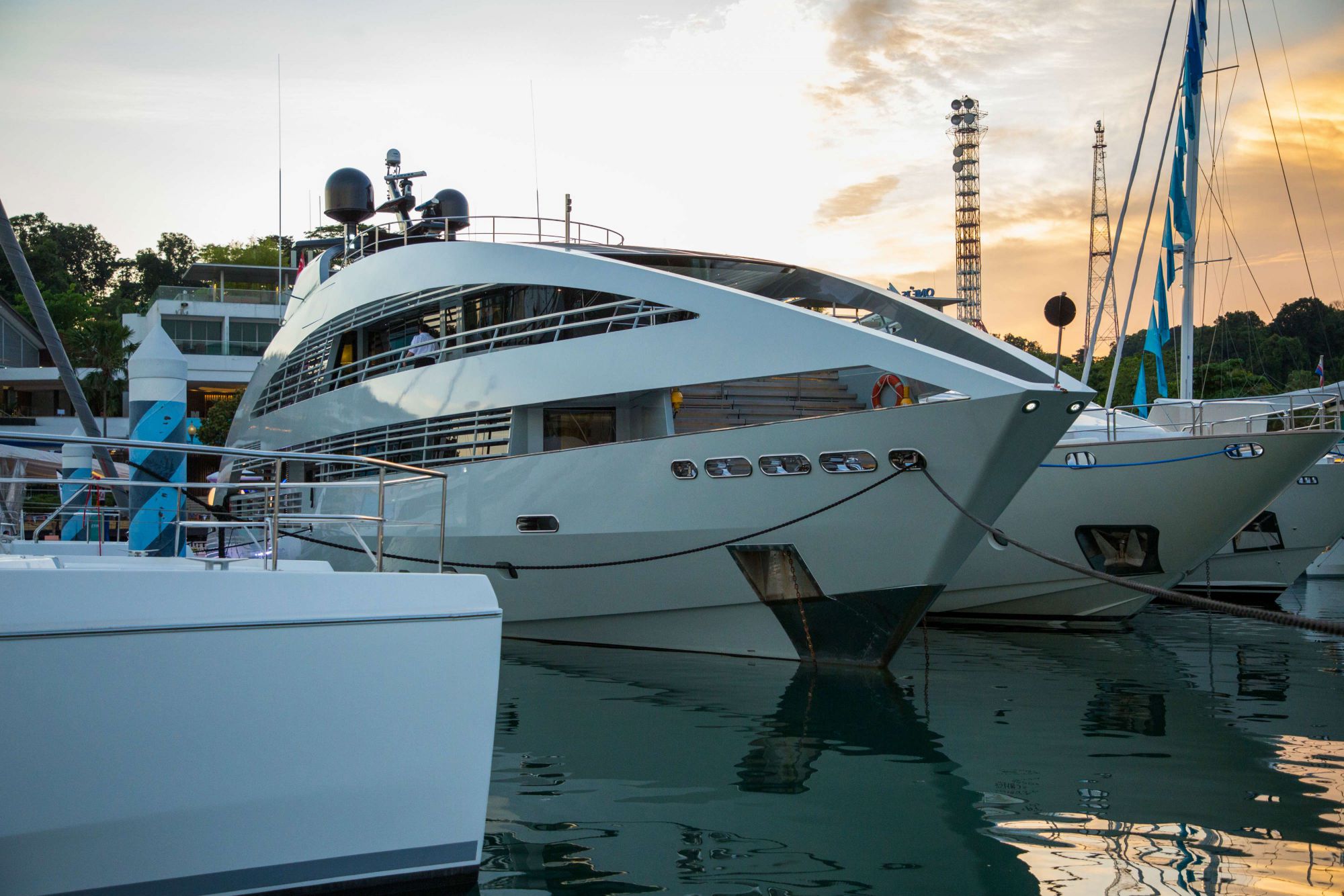 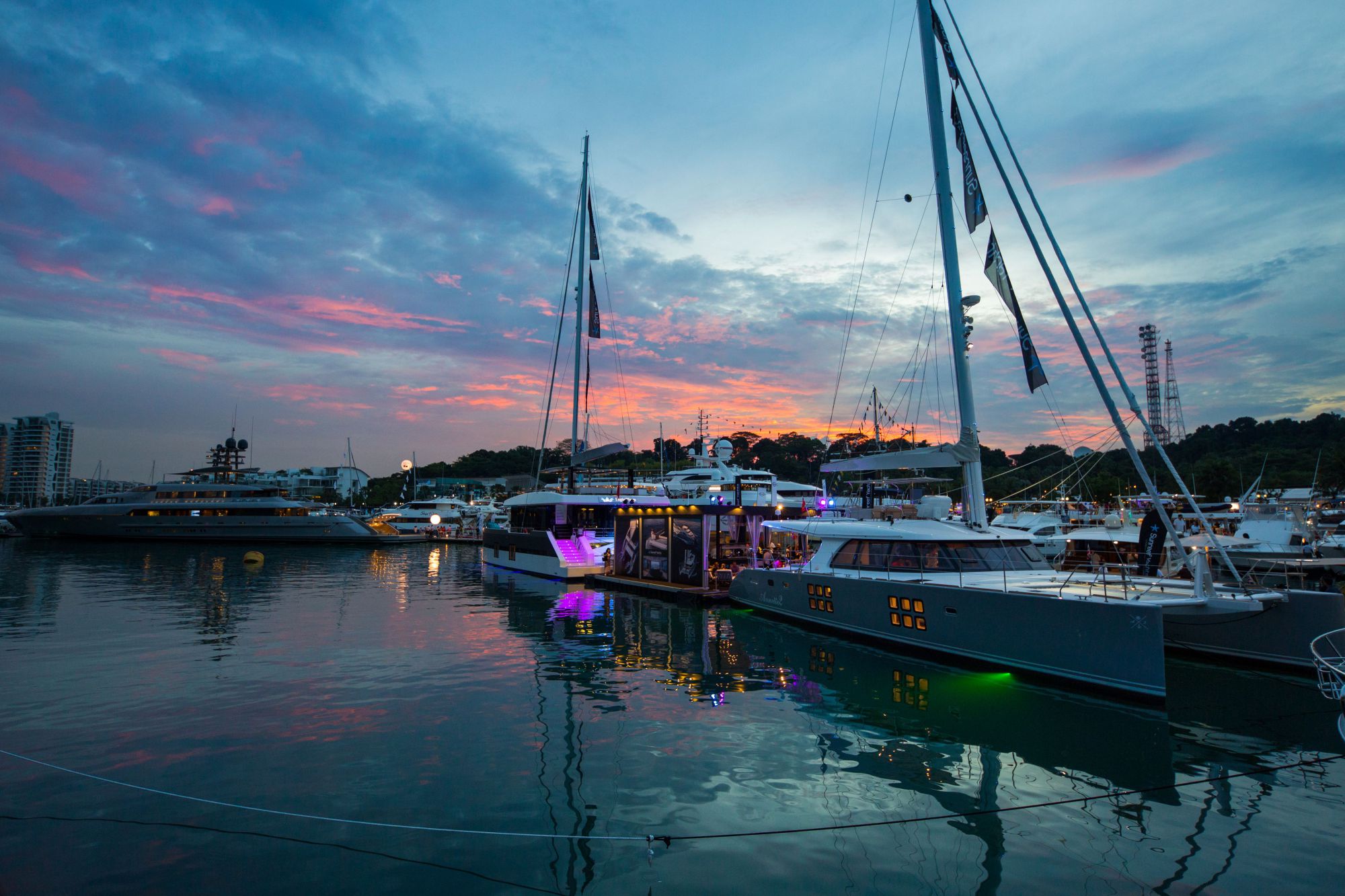 Vrit Yongsakul, Group Managing Director of Boat Lagoon Yachting and Princess Yachts South East Asia, commented, “It’s been a good show this year for Boat Lagoon Yachting – our biggest display of 13 luxury yachts has attracted a huge amount of interest from both seasoned and first-time buyers, particularly the Princess S60 which made her ‘In-Water World Premiere’ at the show.

“The event has certainly reinforced its standing as one of the best platforms in Asia for yacht enthusiasts, and it was a great opportunity to promote the leisure marine lifestyle.”

There was plenty of sunshine, and none of the tropical downpours that Singapore is known for! According to the brokers, dealers and manufacturers on the docks, visitor numbers certainly felt as though they were well up from last year.

There was also fantastic ambience around the Sevenstar Yacht Transport booth where, as Sales Manager Peter Staalsmid admits, “It’s been a great four days here at the Singapore Yacht Show – lots of interaction with show visitors. We’re looking forward to 2018 already.”

From Simpson Marine, Singapore Country Manager Nick Stratton reported the sale of the Lagoon 620 Essence and the Beneteau Gran Turismo 46, which premiered at the show.

“These boats proved very popular – there are more orders to come,” Stratton remarked. “Our charter program has proved particularly successful, with many bookings confirmed at the show – and our E-Power Marine Finance product attracted a lot of interest.”

Gulf Craft, a long-standing supporter of SYS, was present once more with a Majesty 48 and Nomad 65. “The Nomad attracted a great deal of interest,” said Mahmoud Itani, Communications and Marketing Manager.

“The one on display is subtly different from its predecessors. We have been gradually refining the interior in response to customer comments and suggestions. Gulf Craft have been present at all seven Singapore shows, and we intend to continue our presence in 2018.”

This year’s SYS opened its doors from 15:00 to 21:00, so that the cool of late afternoons ran into the numerous cocktail parties along the docks and on the boats. Azimut, Ferretti Group, Princess Yachts, Simpson Marine and Sunreef all hosted several popular social events.

British brand, Sunseeker, was one of the many returning exhibitors to increase its SYS showcase. Reflecting on this year’s event, Sunseeker’s Regional Business Manager, Douglas Culverwell, said “Last year we had a stand on the Esplanade, but this year we were able to display a brand new Sunseeker Manhattan 55, which attracted a lot of interest.

“We are continuously strengthening our presence in the region, and the Singapore Yacht Show is a key part of our strategy. We will be back with a much bigger presence next year.”

There were plenty of champagne corks popping at Azimut as they reported an exceptionally successful show, having sold a total of five boats straight off the dock. Choppy Tan commented “We are extremely happy that the show was able to attract guests from across the region. Our booth had no downtime and we were overflowing every day and night. We were delighted to grow the Azimut family here in Singapore and we look forward to putting on an even bigger display next year.”

For anyone who went the (conference related) distance – starting with the Asia Pacific Yachting Conference, followed by the Asia Boating Forum and the Singapore Yacht Show – it was a long yet informative five days. The amount of information generated at the conferences, followed by the increased number of exhibitors at the Yacht Show, meant that there was a great deal to absorb. 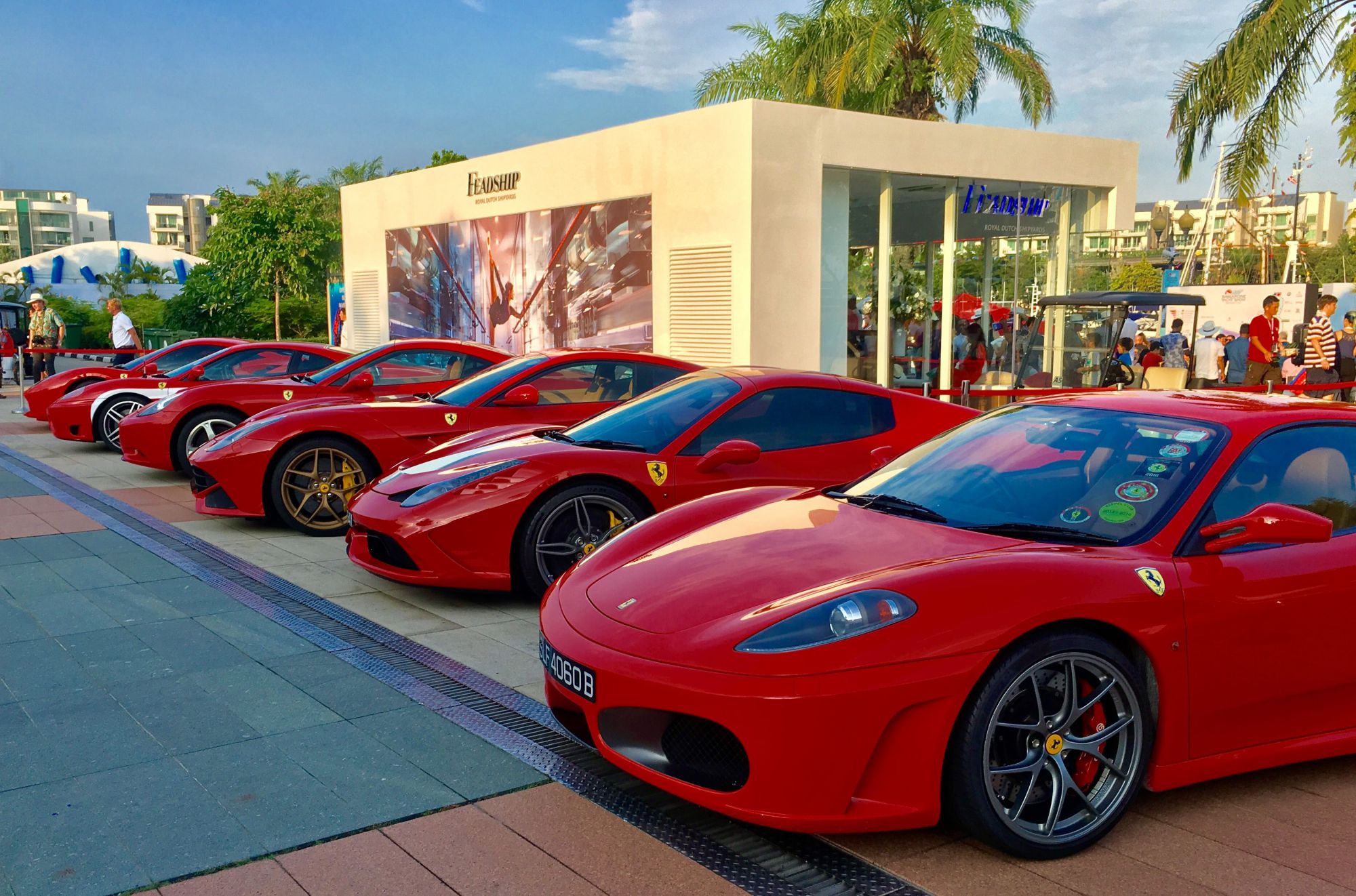 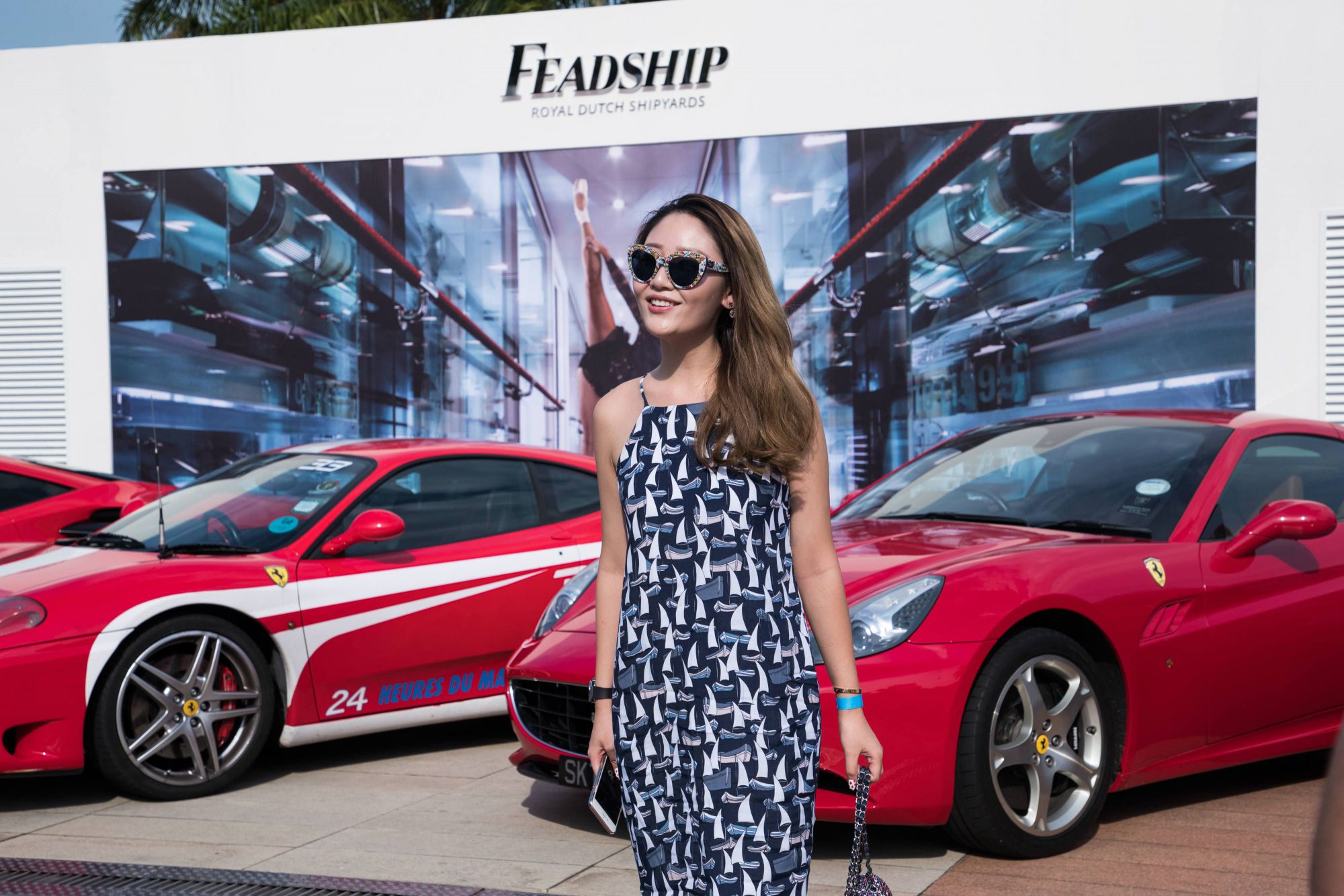 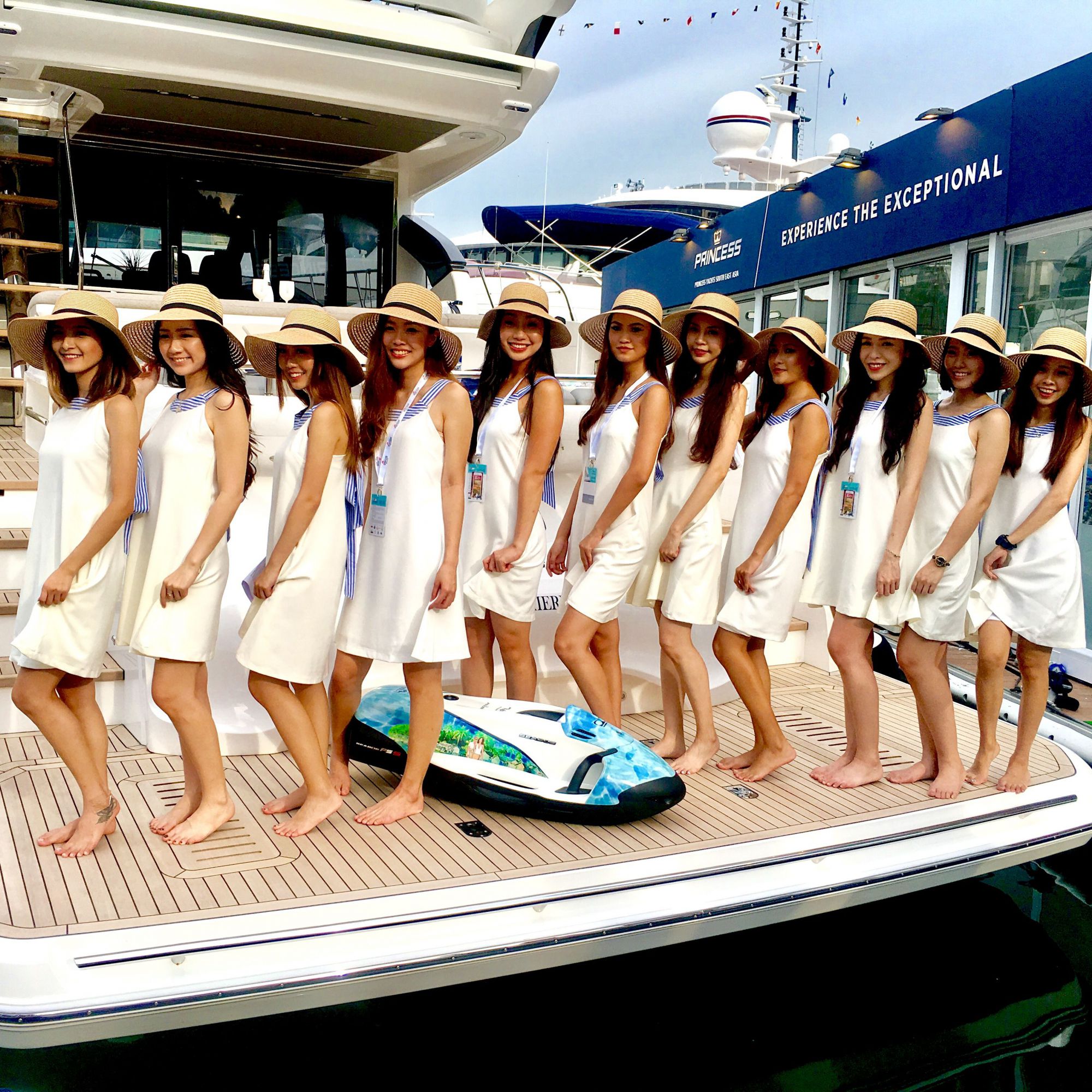 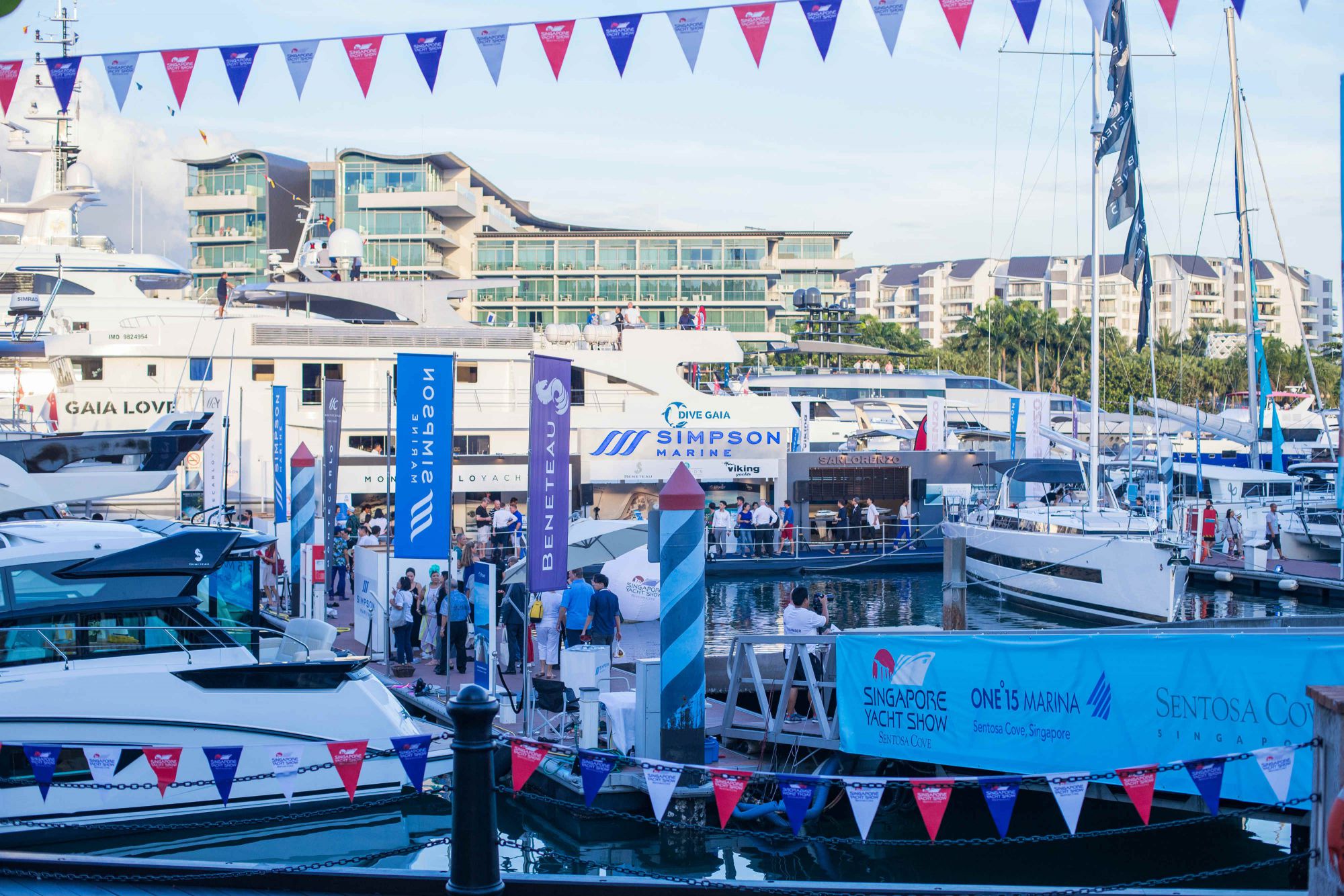 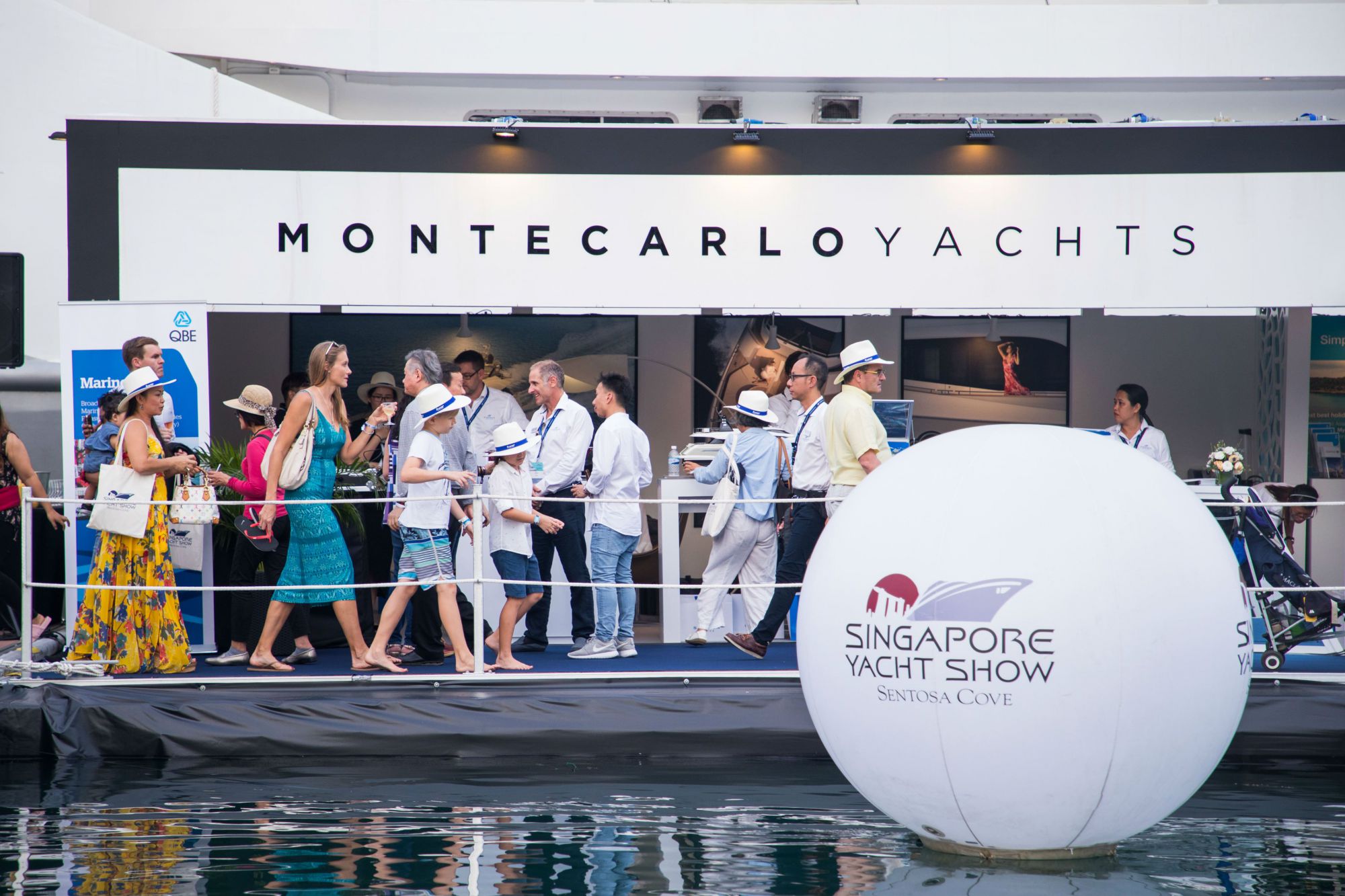 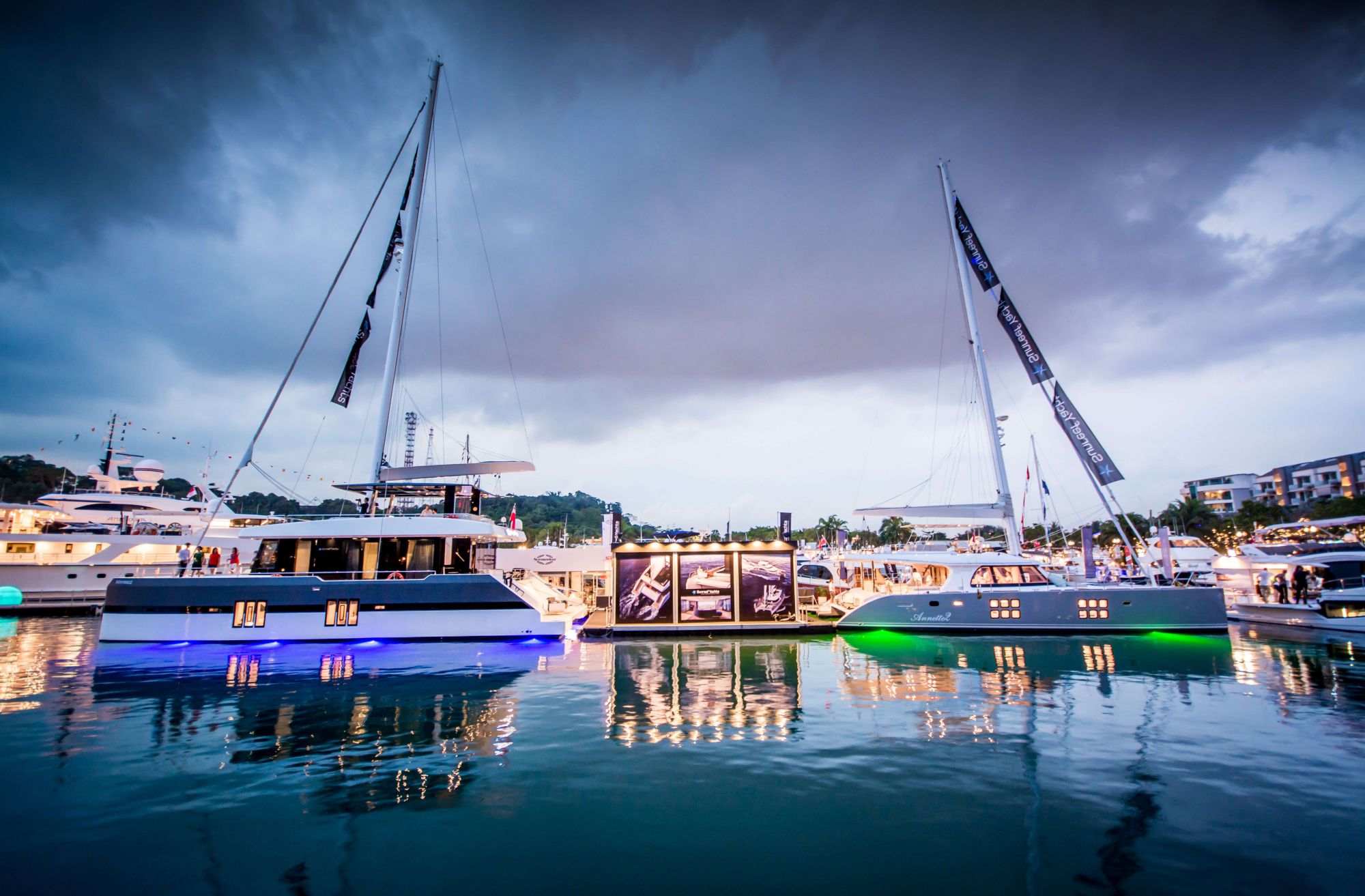 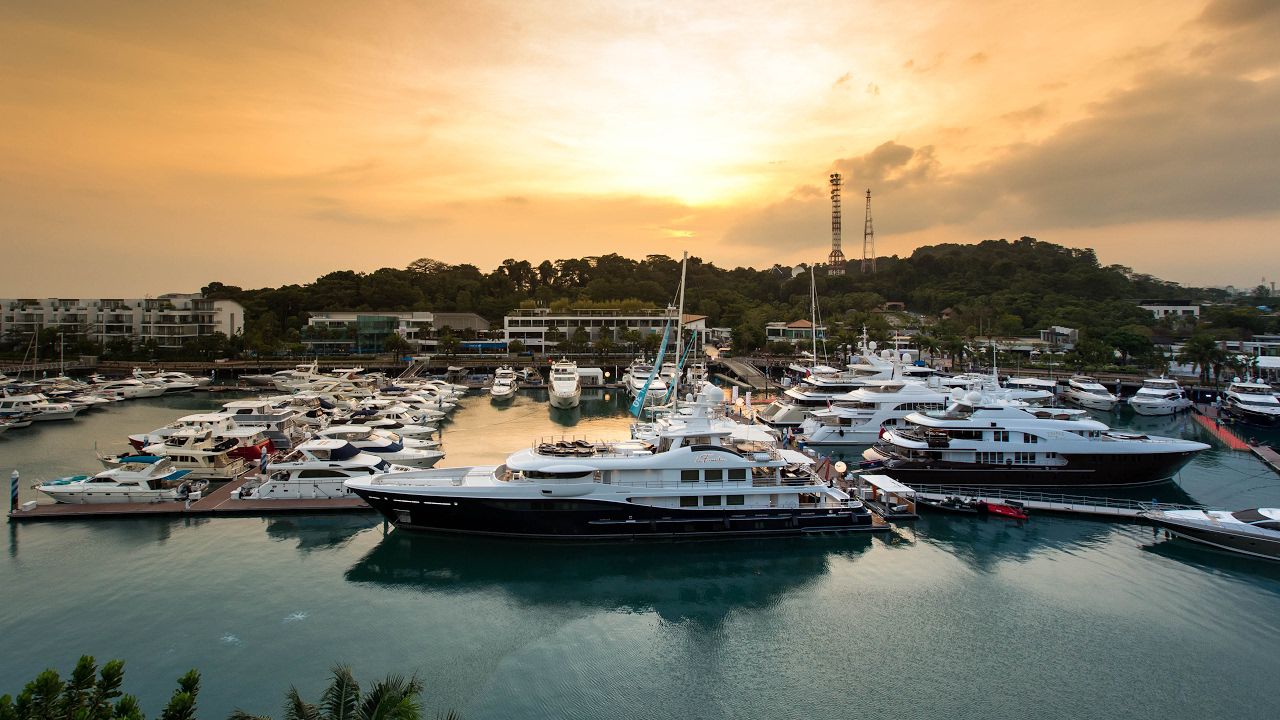 ONE˚15 Marina Sentosa Cove is a first-class establishment that can accommodate superyachts, and is surrounded by luxurious bars and restaurants. At the end of the day, the Singapore Yacht Show is not just a boat show – it is also a luxury event.