Five motor yachts assembled in Sydney Harbour to cruise the 16 nautical miles north to Pittwater where three more joined the fleet. From there, it was a pleasant 36 nautical mile voyage north along the picturesque coast to the first port of call in Lake Macquarie.

Vince and Josie Lia had never previously ventured into the open ocean aboard their Riviera 48 Flybridge.

“It was a bit daunting at first,” said Vince. “I’ve run the boat between Botany Bay and Sydney Harbour, but never a longer voyage.

“But we quickly gained confidence with all the other people around us. Everyone was so helpful on the VHF radio.”

Josie said the R Marine Sydney team made them feel completely relaxed and welcome. “We took two friends along, so the camaraderie among everyone helped us all relax on this trip,” she said. 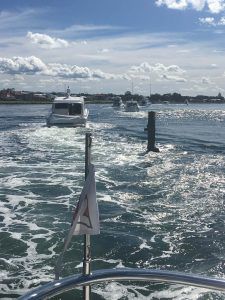 Line astern, the fleet carefully navigated the bar at the entrance to the lake and then through the Swansea opening bridge. Once safely on Lake Macquarie, they headed to the northern end of the lake to berth at Marmong Point Marina. Everyone disembarked and enjoyed a three-course dinner at the local Awaba House restaurant overlooking the lake.

Christine Purcell and husband Richard were aboard their Belize on the voyage.

Christine said: “Dinner in the quaint restaurant was fantastic and Lake Macquarie was much larger than I expected .”

“The sumptuous dinner and excellent selection of wines capped off a wonderful day as we enjoyed the company of our fellow mariners,” said Stan.

Early on Saturday morning, the R Marine team delivered newspapers to every motor yacht. After breakfast, the fleet returned offshore in beautiful sunshine and calm seas to head a further 40 nautical miles north to their destination at d’Albora Marina in Nelson Bay.

Once berthed, everyone enjoyed a relaxing drink at the marina before a fleet of taxis took them the short journey to the Little Beach Boat House restaurant where they enjoyed a waterside dinner.

Abbie Jones of R Marine Sydney commented: “The Little Beach Boat House is a must-visit if you are heading to Port Stephens as the menu was just fantastic!” 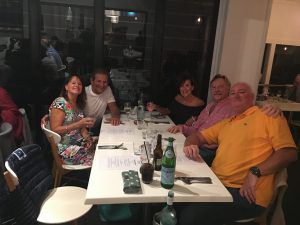 After the two sea passages, the crew took a break and ventured inland to visit the wine region of central New South Wales, the Hunter Valley.

The Hunter Valley day was the highlight of the weekend for Josie Lia.

“We were made to feel so welcome. It is wonderful to spend time with like-minded people. This was our first Riviera Experience and we will certainly be back.”

Vince Lia is looking forward to the Pittwater Experience in November.

“I’ve never been into the Pittwater before, and we are excited about exploring that waterway,” he said.

Christine Purcell summed up their adventure: “To also experience the Hunter Valley and Bimbadgen for lunch was a real bonus on the Sunday. Thank you to Abbie and Mike Joyce for making this weekend happen. Jervis Bay next time?” 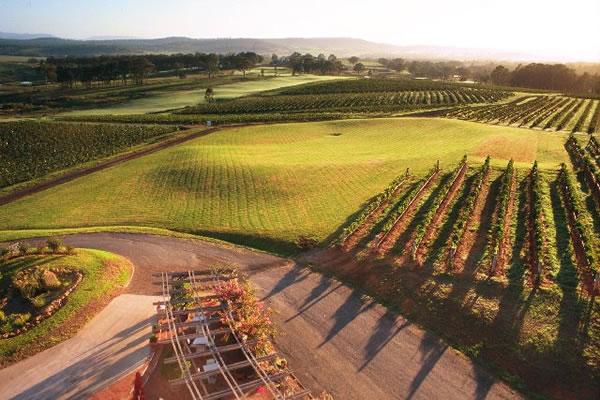 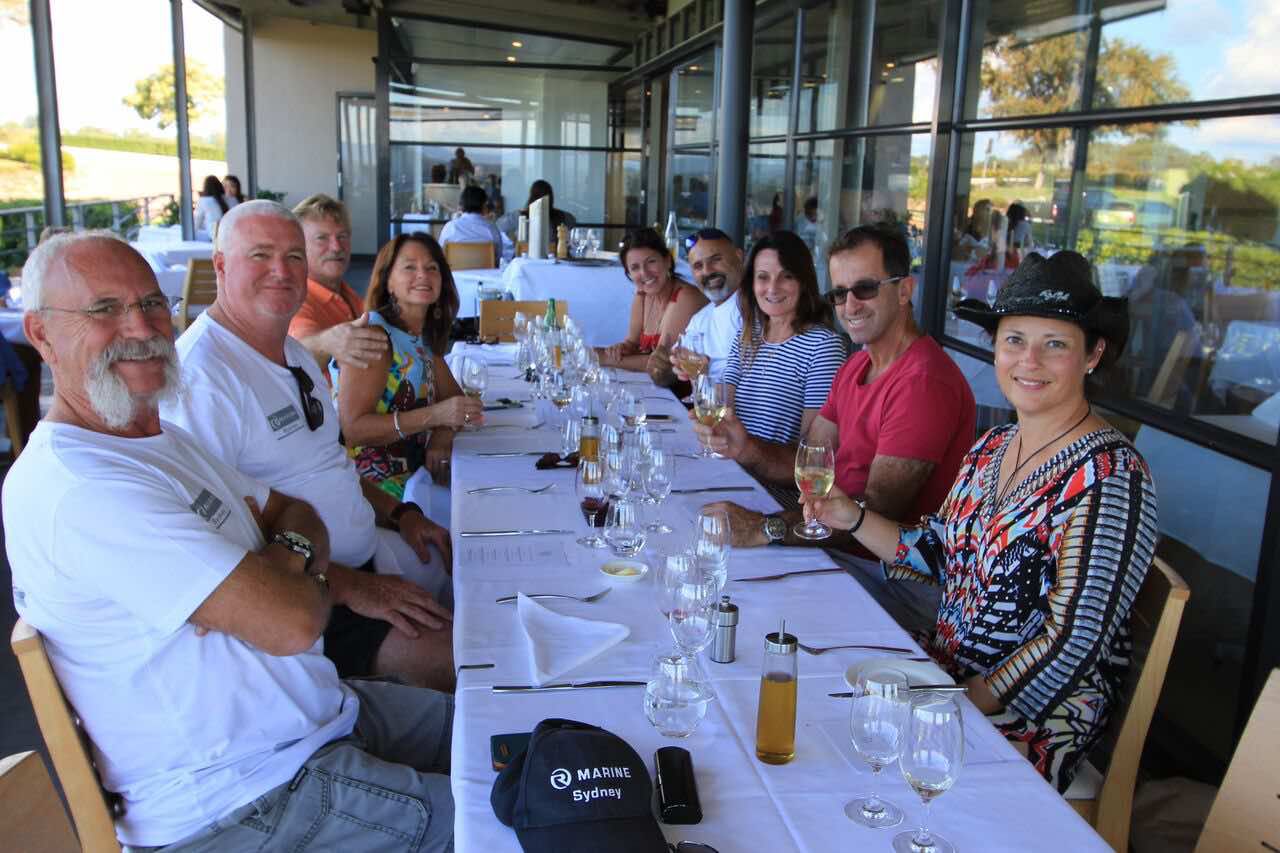 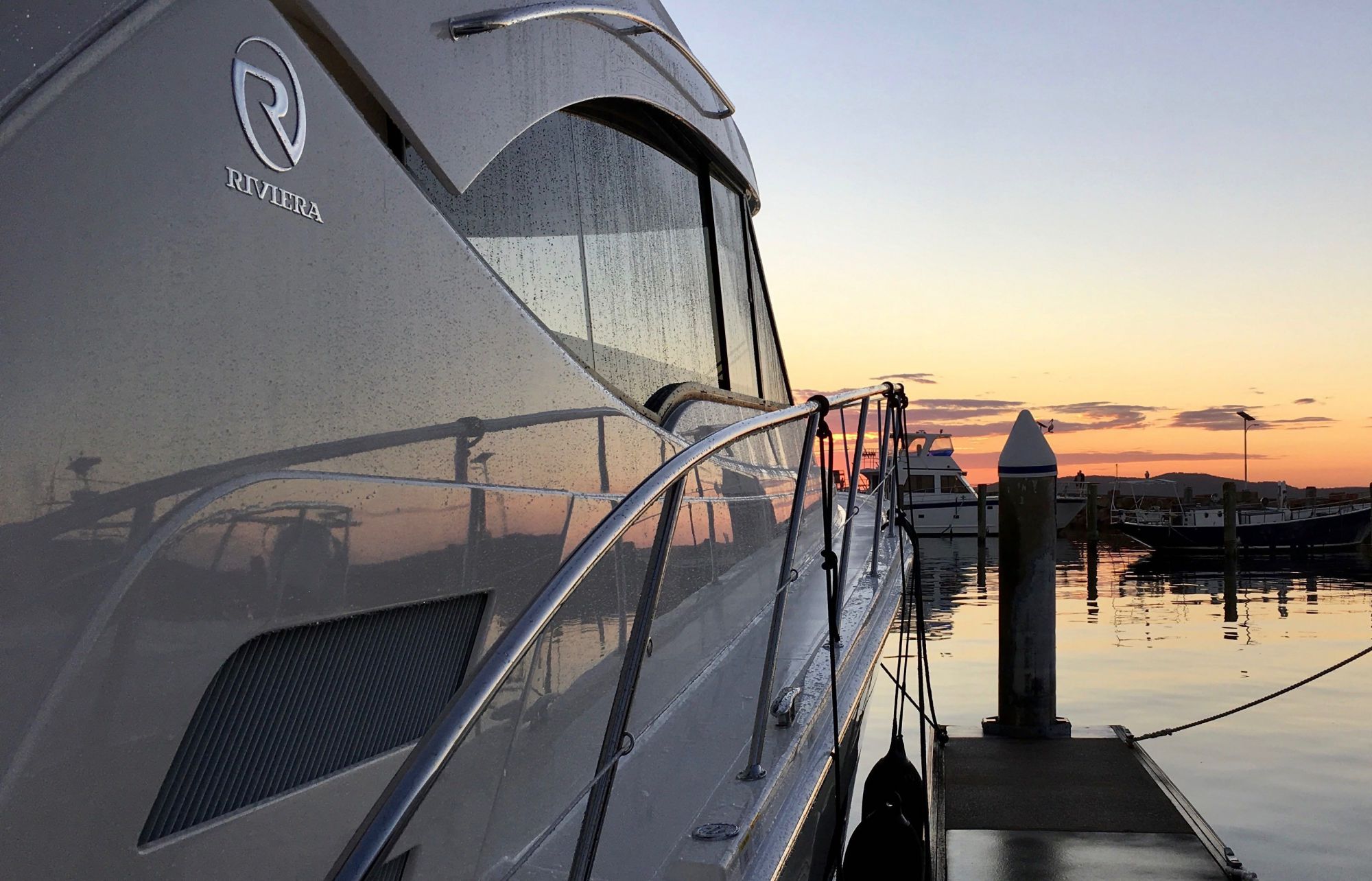