Monte Carlo Yachts has announced a MCY 70 Skylounge model, which will join a new range emphasising brighter and larger volumes of MCY’s second generation of yachts.

The first yacht in the range, the MCY 70 Skylounge will be on show at the Miami Yacht Show in February, and will be followed by other Skylounge models later in the season.

“We firmly believe in a close and continuous relationship with our customers, and the MCY Skylounge Collection is the perfect example of this,” says Fabrizio Iarrera, Managing Director of Monte Carlo Yachts.

“We received requests from a number of markets for yachts with even broader and more versatile interior spaces to be enjoyed all year round. We are now able to fully satisfy these customers’ requests with the new models we’re presenting today, which both exemplify and build on Monte Carlo Yachts’ production and design philosophies.” 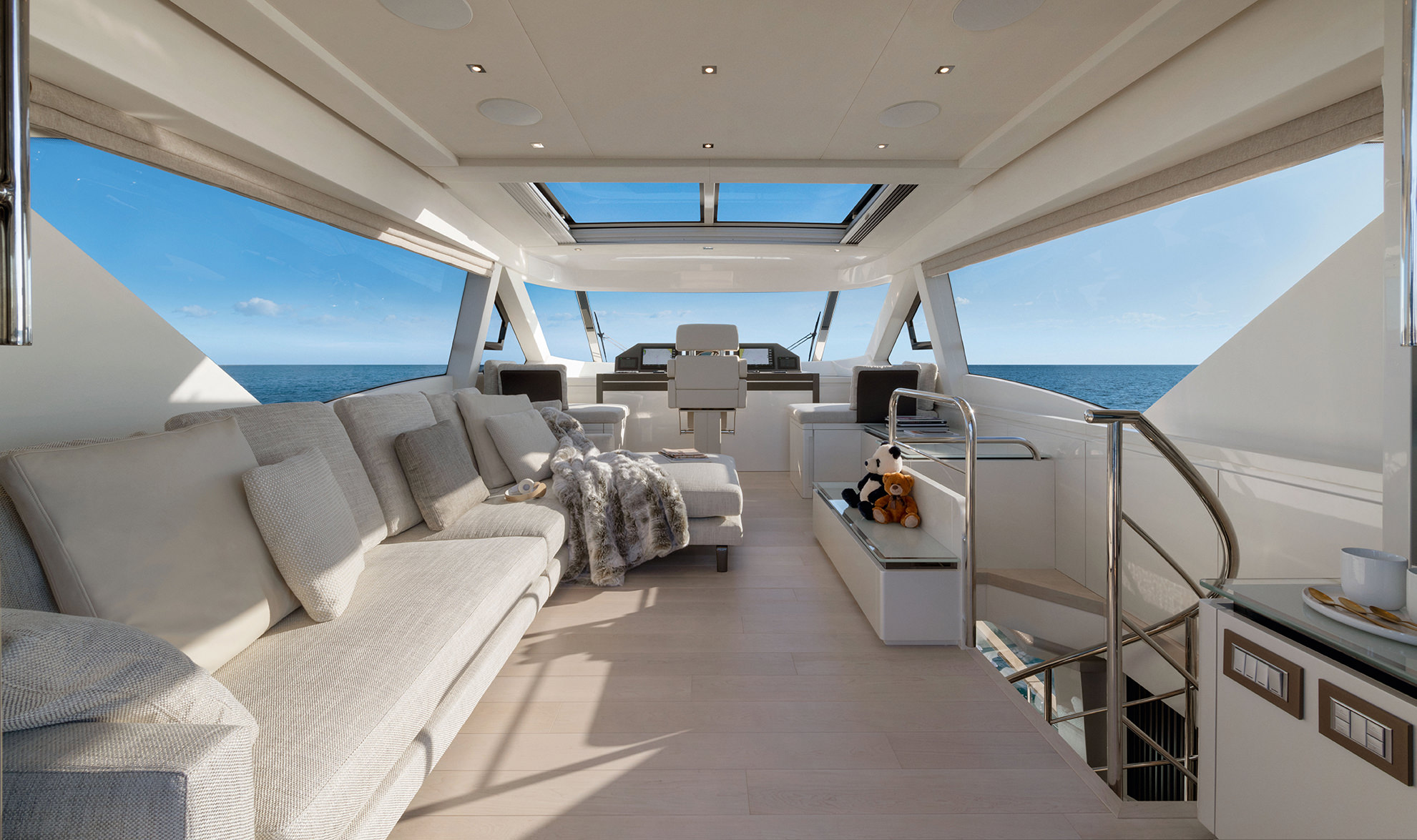 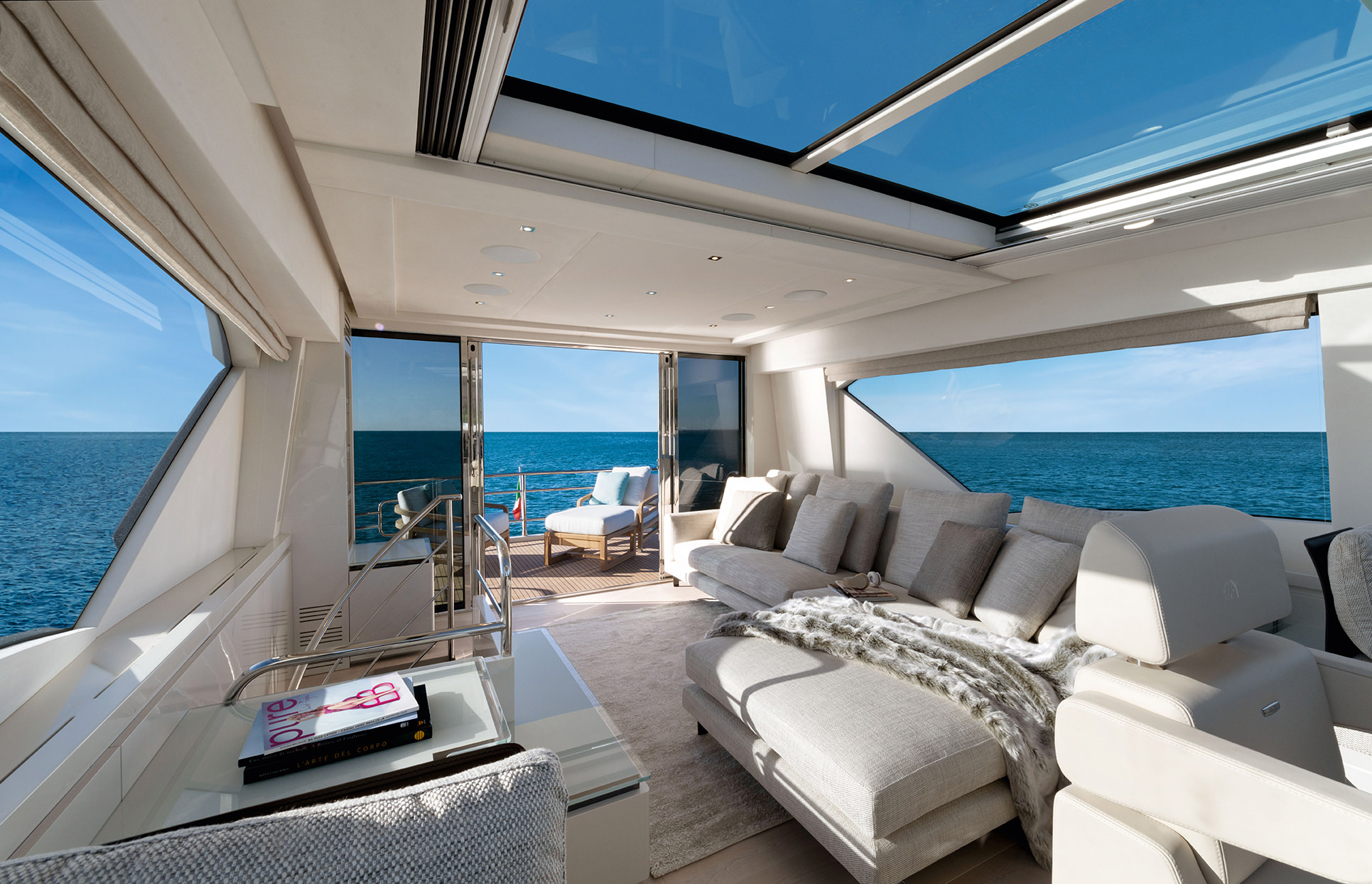 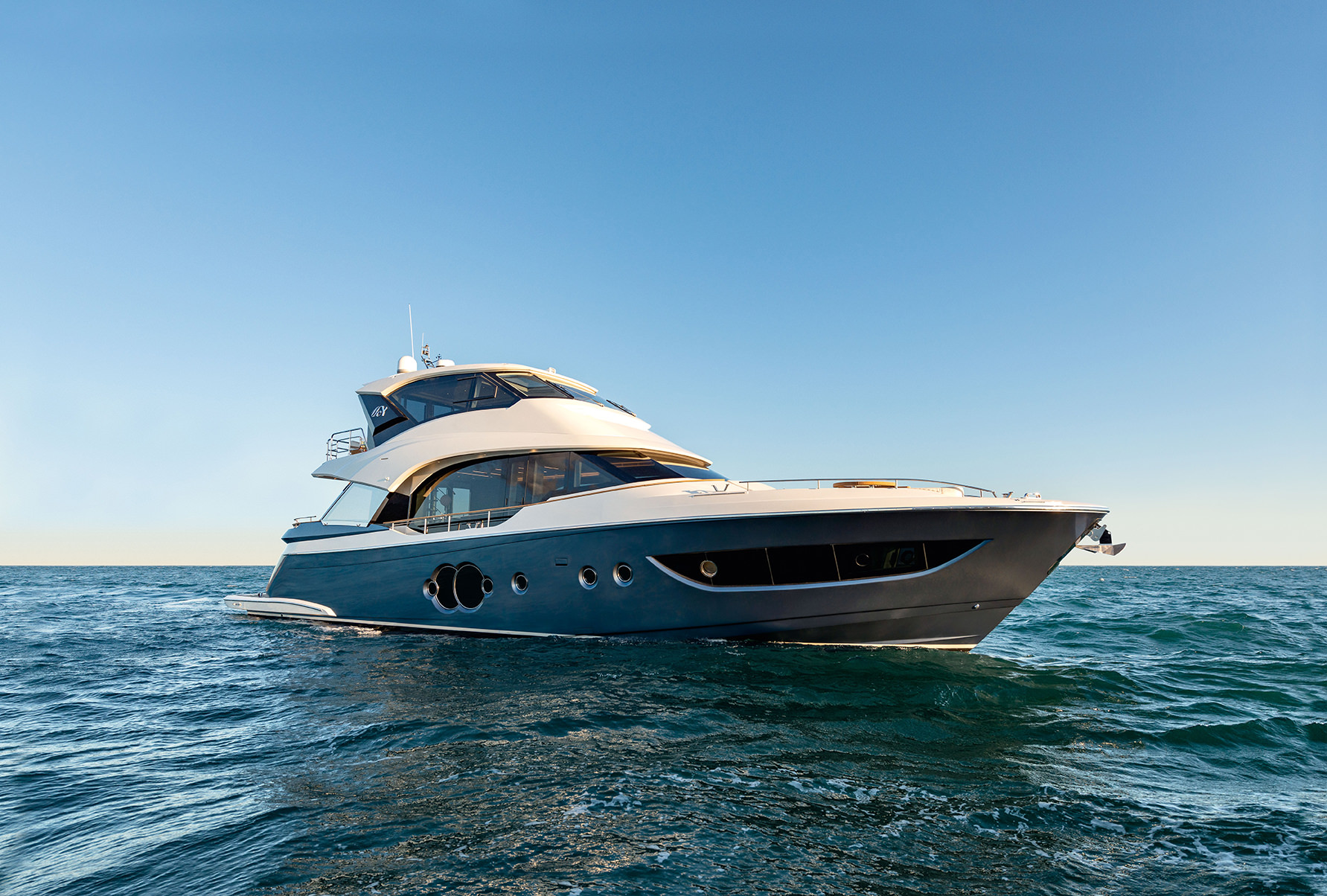 The new MCY 70 Skylounge is designed and crafted with customers’ interests at heart and focuses on the concept of a yacht as a home-away-from-home. Constructed with the shipyard’s knowhow and cutting-edge technology, the new model offers owners unprecedented levels of customisation and superlative comfort onboard.

“We were inspired by the idea of creating a yacht for all seasons,” say Carlo Nuvolari and Dan Lenard.

“The new MCY 70 Skylounge was designed with all the possible comforts to be a home-away-from-home enjoyable throughout the year, and one that offers the owner a peaceful place to be shared with family and friends, a place for those that enjoy cruising and are looking to escape for unique and exclusive moments.”

In line with the MCY Collection, the MCY Skylounge’s sleek exterior lines are designed to cruise safely and with comfort. Touches of Nuvolari Lenard’s design cues are clearly visible in the wide windows as well as in the enlarged iconic portholes aimed at offering an increased exposure to natural light throughout the yacht.

Besides incorporating the sole helm station, fully equipped with top-edge technological elements, the Skylounge represents a large versatile entertainment space. The enclosed Flybridge offers an interrupted view of the horizon, visible both internally and externally thanks to the connection with the sunbathing aft terrace.

The new MCY 70 Skylounge offers comfortable accommodation for up to 8 guests with an impressive owner cabin, a spacious VIP cabin and two comfortable guest cabins.