Organisers of the Singapore Yacht Show announce new dates and a new format for 2020. 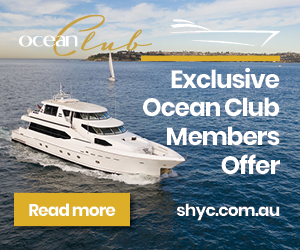 The Singapore Yacht Show (SYS) organising team have finally announced that the 10th Anniversary edition of the show will take place 15-18 October 2020 in a completely re-designed and rejuvenated event at ONE°15 Marina Sentosa Cove.

Organisers worked closely with its exhibitors and event partners over the past few weeks to determine the most suitable new dates for the re-scheduled SYS 2020, and the dates selected were preferred by the vast majority of participants.

Furthermore, the organisers will be unveiling some new developments and changes to the show’s layout that will aim to elevate the experience for exhibitors, sponsors and visitors alike at the delayed four-day event in October, which will incorporated going forward at next year’s 11th edition (currently slated from 22-25 April).

For the very first time, the whole show will be moved on to the water, with no more big exhibition tents on the adjacent grass areas. Instead, thanks to the new pontoon configuration, SYS will feature air-conditioned exhibition booths and showrooms all around the perimeter of the marina – so that visitors can go straight to the heart of the action for an immersive, 360-degree experience. 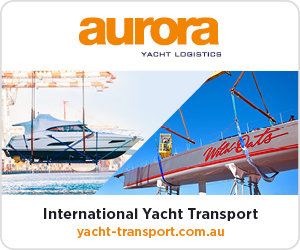 CEO of show organiser Verventia, Andy Treadwell, said “It was hugely difficult for us back in February to take the decision to postpone our 10th Anniversary show just six weeks from opening day, and it’s been increasingly sad to see almost all the other boat shows around the world have had to follow suit.

“Things are beginning to get dramatically difficult in the rest of the world now, but we can take heart from the fact that China seems to be turning the corner already, and Singapore and Hong Kong governments have both been lauded for their positive and effective management of the crisis.

So with a full six months delay to October, we are hopeful that the rescheduled show will be able to give the industry in these parts the boost that it will badly need by then.”

Arthur Tay, Chairman of ONE°15 Marina, commented: “As ‘Best Asian Marina’ in last year’s, Asia Pacific Boating Awards, we have committed a substantial investment to renovate our flagship marina at Sentosa this year. We shall endeavour to complete most of the works prior to the re-scheduled show dates so that everyone can experience our new marina during the 10th Singapore Yacht Show. Just like the industry, we are always looking to be nimble and stay relevant to the ever-changing market.”

Over the coming weeks and months Verventia will unveil SYS 2020’s diverse and dynamic calendar of events, including family-friendly experiences, workshops for the industry and boaters, sailing lessons for kids, personal watercraft demonstrations.

Plan for the future

Plan for the future