Day one of the first superyacht regatta of the year was raced in beautiful conditions and moderate breeze at the NZ Millennium Cup regatta today.

With the first boat away at 11am, the fleet started off Tapeka Point with three minutes between each vessel on a course which would take them up the Bay to the Orams Marine Mark.

Former winner, Tawera was first to start withThalia following three minutes afterwards. Both crossed the start line a few seconds after their respective starts, while Sassafras behind them stormed over the line right on the blast of her starting horn.

Freya achieved a tidy start and with Silvertip following suit, the NZ Millennium Cup 2019 was underway. The two ketches, Thalia and Tawera, took a lower line to the mark, heading out towards the iconic Nine Pin while the sloops took a higher approach. But it was Freya around the Orams Mark first, followed by Sassafras before Tawera followed suit, pursued closely by the media helicopter. 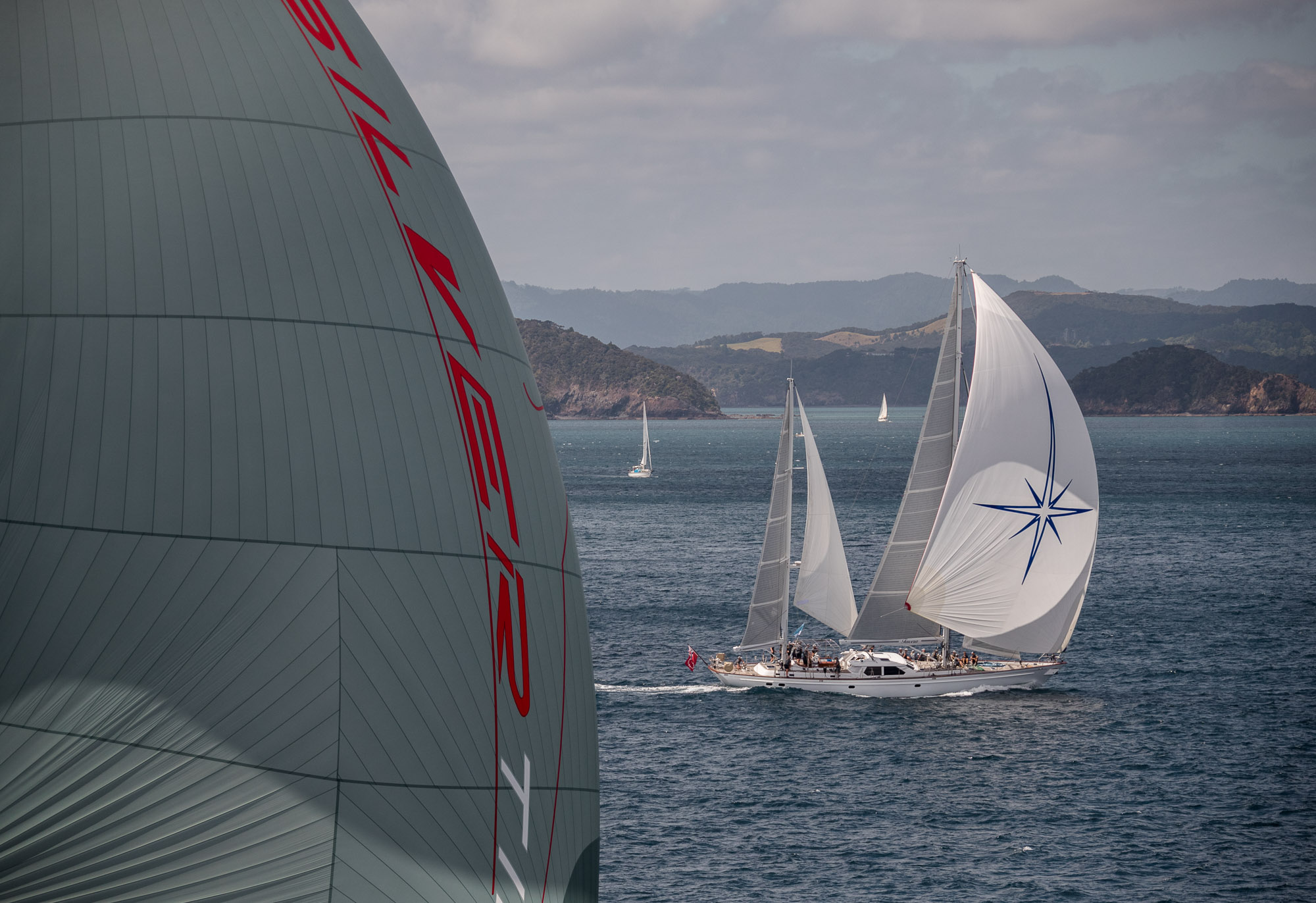 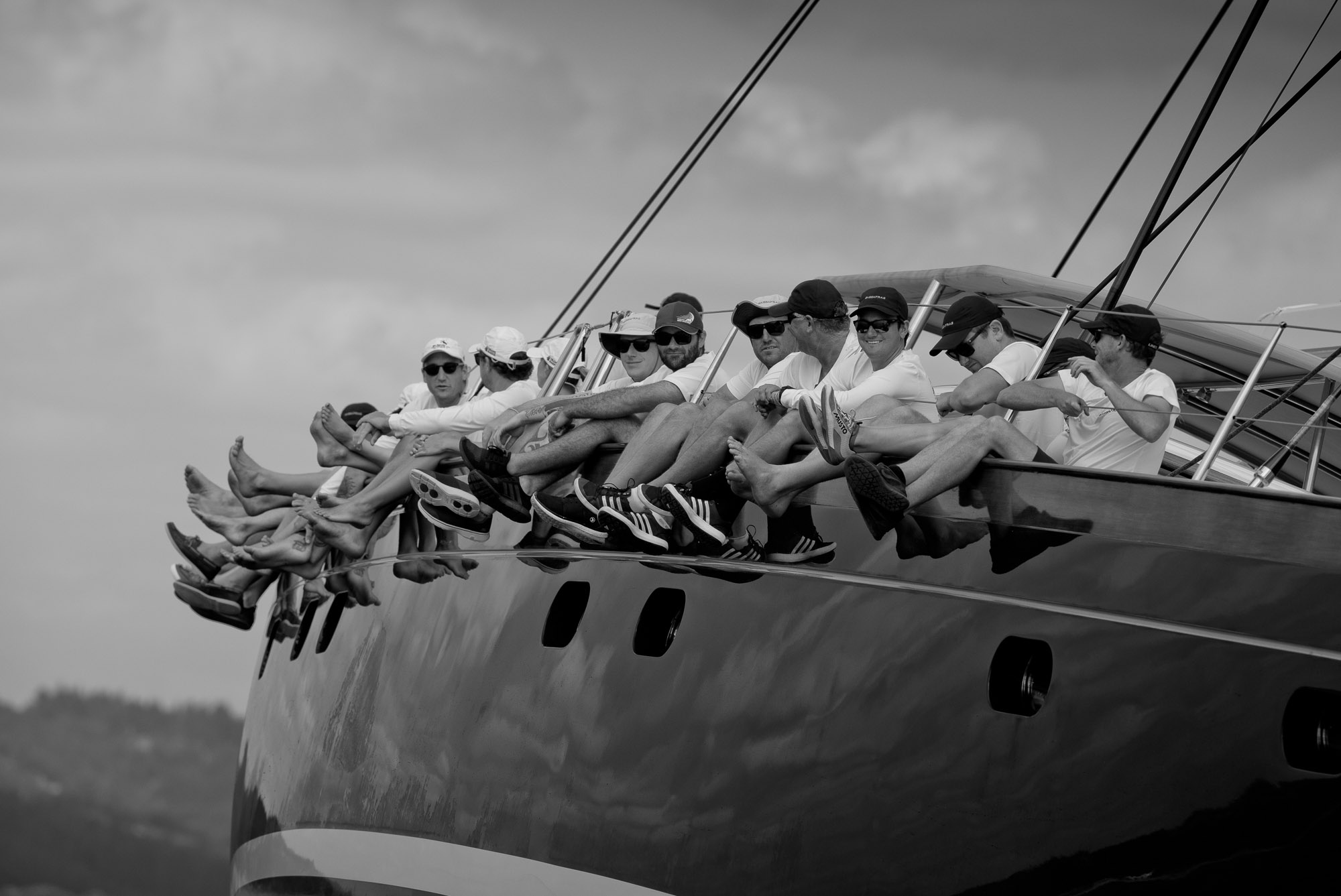 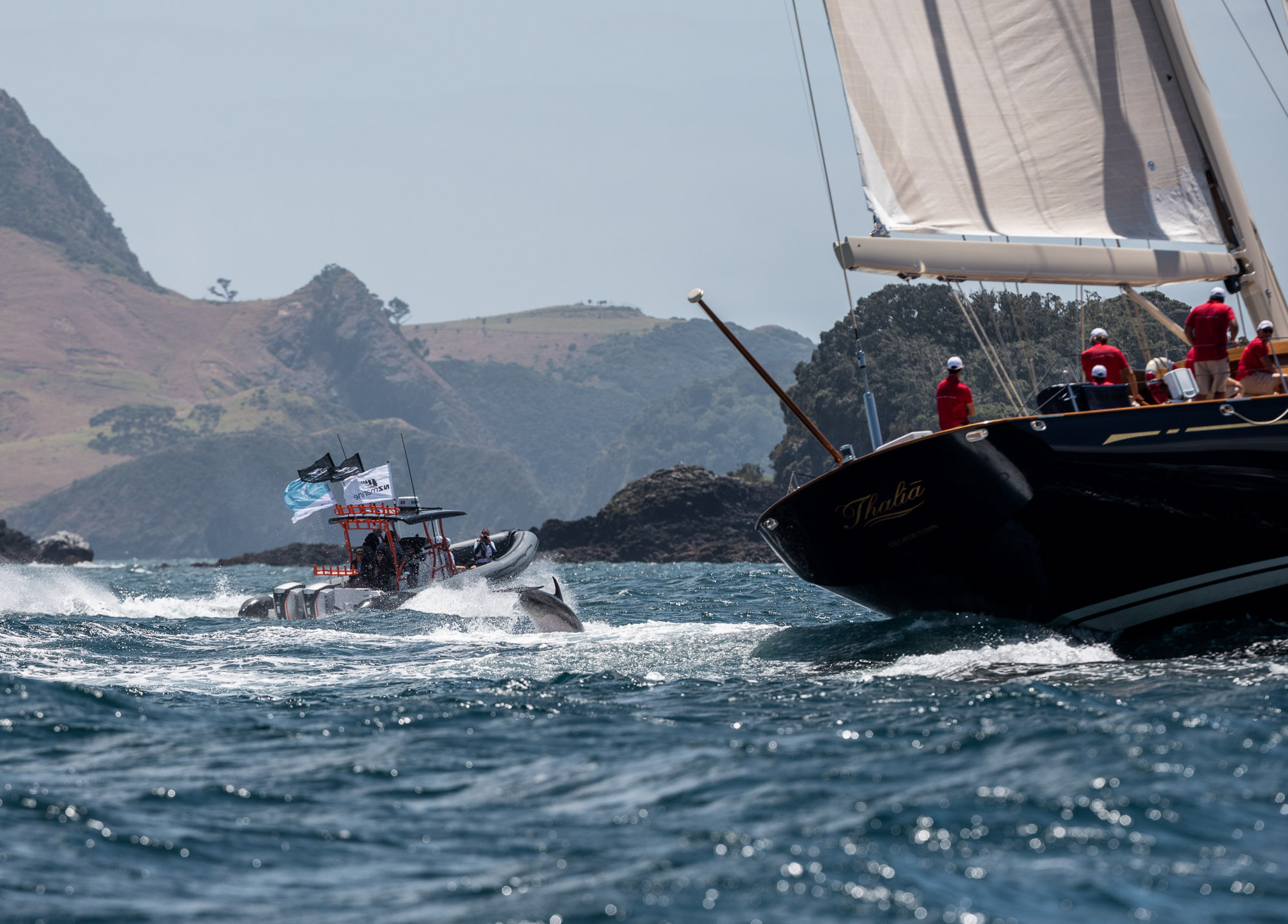 Silvertip tacked twice, beating Thalia to the mark by around a minute, though the big ketch slowed on rounding. It soon became evident why. As she turned down the Bay and for home, a crew member could be seen making a quick trip up the rig. A kite went up but came down again and the 48.4metre was forced to slow on the second and final leg of the race.

Ahead, Tawera had taken a starboard line and hit a patch of light air approaching Tapeka Point. The size of Silvertip’s kite showed as she chased Sassafras and Freya downhill though it was Freya across the finish line first a the drama unfolded behind her.

Silvertip and Sassafras locked in to battle. Neck and neck, it looked like Silvertip would take the edge, but she hit a patch of soft air and it was Sassafras who won their duel to cross in the lead.

Freya could be seen polishing her transom nameplate as race management announced corrected time results. It was Tawera first, then Freya, with Sassafras just eight seconds behind her.

However it was to be the last race of the day for Sassafras. The 34 metre Royal Huisman was forced to withdraw from the regatta when technical troubles hit.

The second race of the day was designed to challenge over a course of 26nm. The starting order stayed the same and it was Freya home first again, though this time Silvertip came across the line behind her with plenty of space to breathe.

It was mighty Thalia who won on corrected time though, in a drastic reversal of fortune after her first race and spectators thrilled to see the big ketch thundering across the finish line.

As the Orams Marine Race Day drew to a close, owners, crew and sponsors gathered in the Duke of Marlborough. Famed New Zealand yachting broadcaster Peter Montgomery was on hand to announce the winners of the day and it was Tawera and Freya tied for first, followed by Thalia and Silvertip on corrected scores for the evening.

Sassafras’ owners received a rousing cheer as they calmly announced that though they might have been forced to withdraw, they were confident they could win Friday’s Tawera Rum Barrel Skiff race. Then it was on to the festivities as sponsors Scapegrace Gin and Mount Gay rum flowed and the tales and ribbing between competitors followed suit.