Sunseeker announced details of yet another exciting new model, the 133 Yacht, at the Cannes Yachting Festival.

This model has been designed with a dramatic new round-bilge semi-displacement hull form, paving the way for a completely new design philosophy at Sunseeker yachts.

The new 133 Yacht, part of the new Superyacht series, will be the first-ever Sunseeker with a vertical bow and with a beam of 31’, contains 27 percent more interior volume than its sistership, the 131 Yacht.

Remarkably, she offers just 15% less volume than the previous flagship 155 Yacht and with a gross tonnage of 448GT, she will be available with MTU 16V engines with up to 2,636PS for a maximum top speed of 24knots or efficient displacement cruising over distances of as much as 3,500-nautical-miles.

MTU’s Hybrid system can now also be specified for the first time with their smaller 12V engines to deliver a multitude of scenarios from improving range still further to allowing zero emissions whilst cruising or anchoring. 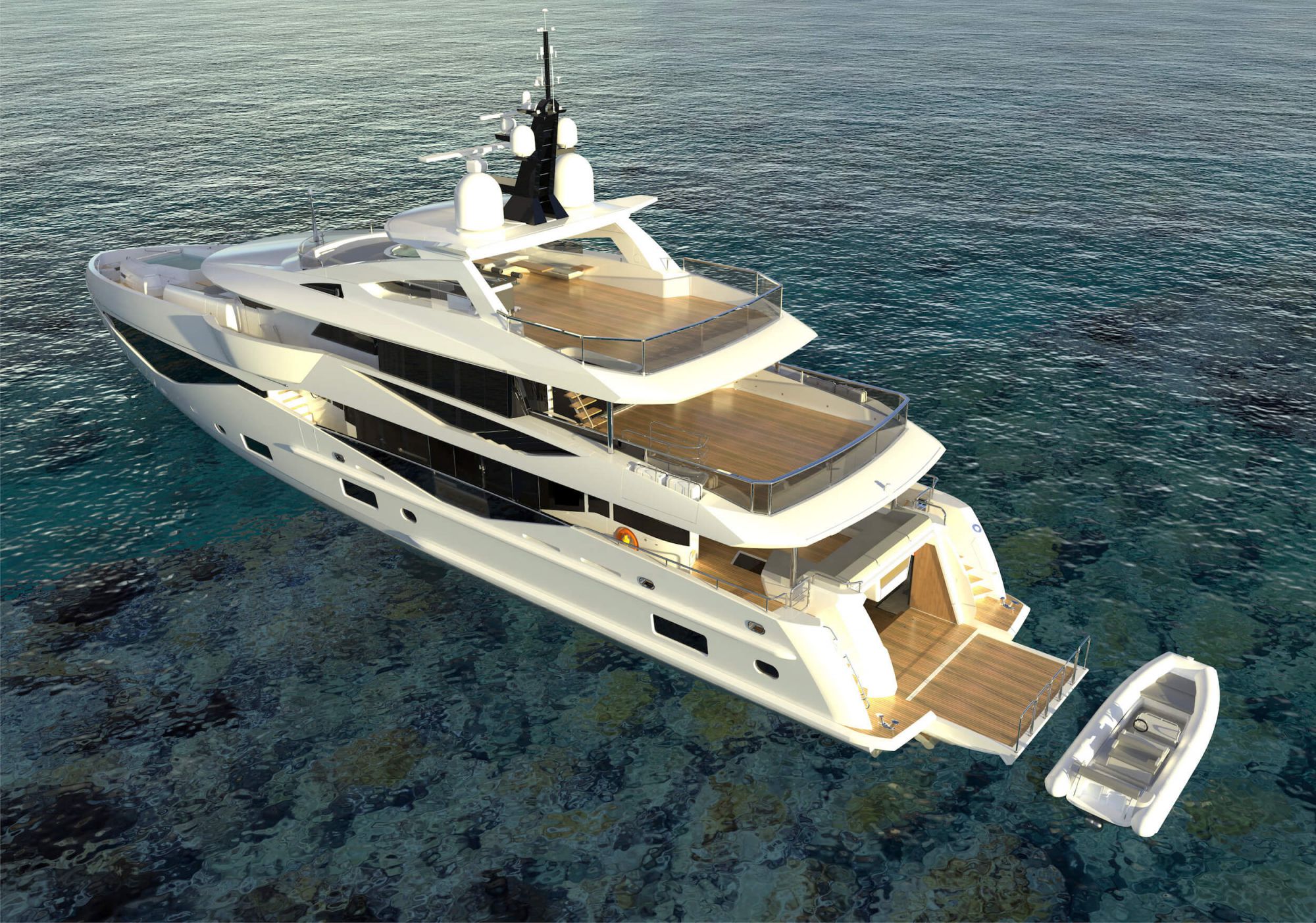 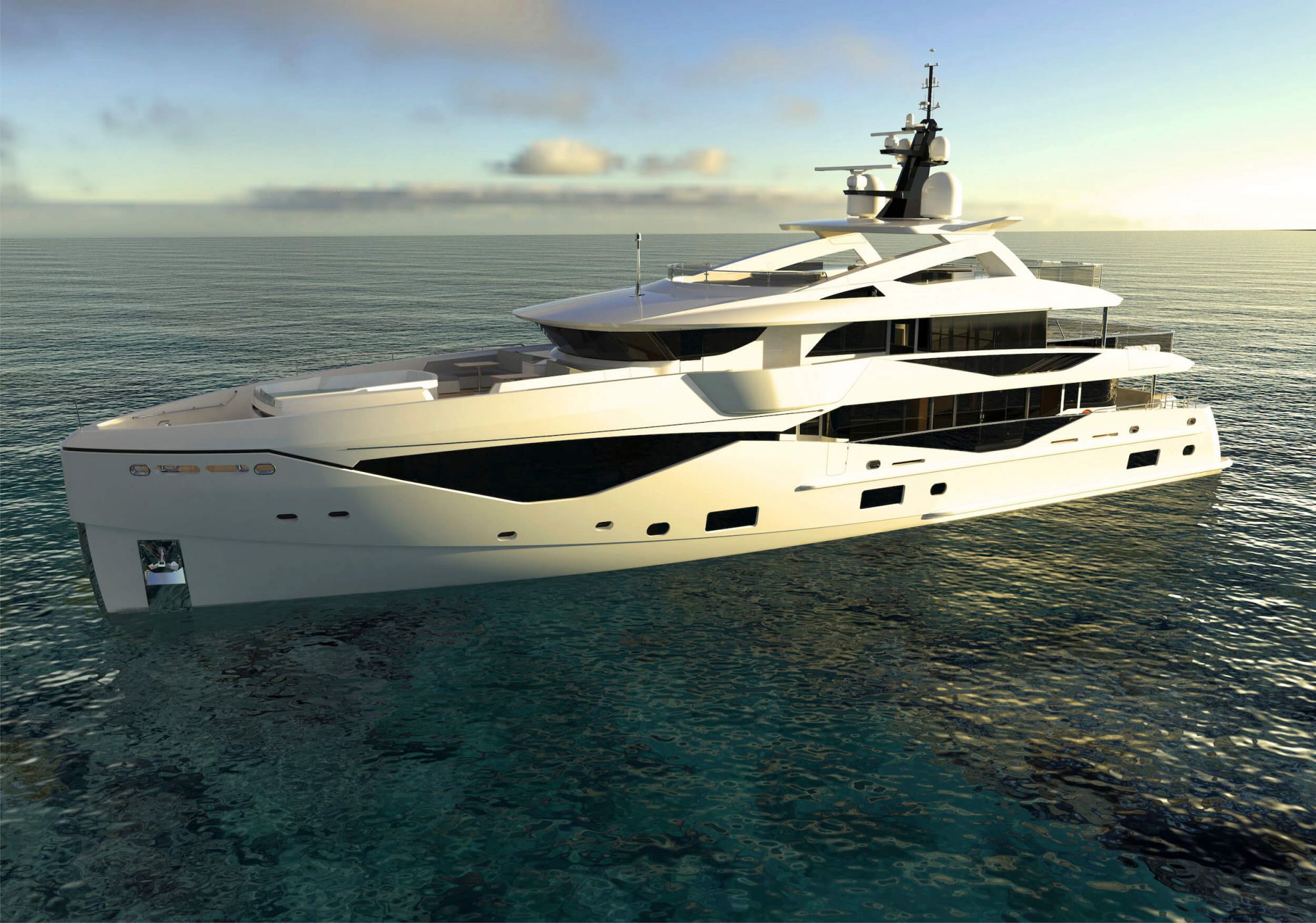 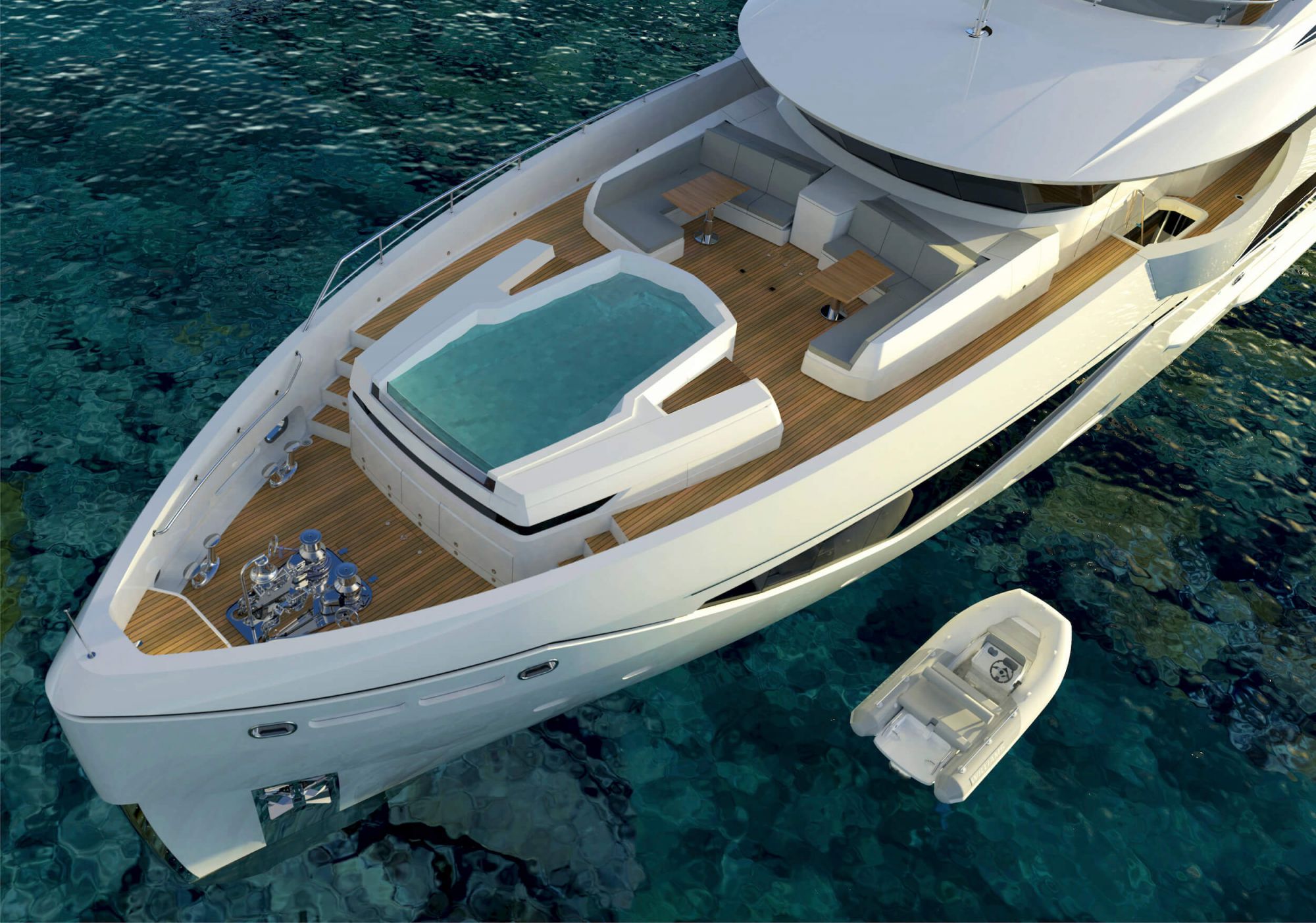 The new 133 Yacht is part of a major new product development plan announced by Sunseeker’s CEO, Andrea Frabetti and she will be ready to launch in 2021. Sunseeker has designed the 133 Yacht with discerning clientele in mind. The new 133 Yacht will benefit from reduced noise, more usable space and the latest technology including SCR systems, future-proofing against upcoming changes to emission regulations.

Another notable feature of the 133 Yacht is the configuration of the upper ‘Sky Lounge’ deck. Owners can access the foredeck via two parallel side stairwells or through the upper deck itself allowing seamless access and less movement through the interior of the yacht.

The fresh design direction for this new model goes beyond her dramatic new exterior lines.

There is flexibility in how the beach club and tender arrangements can be configured.

The first option is to have a traditional garage with ample stowage for PWC’s, toys and equipment or alternatively, owners can choose to have a dedicated full beam, spacious ‘beach club at the stern whilst a Williams 460 SportJet tender sits within the foredeck spa pool, launched via its adjacent crane.

In this scenario, owners may wish to tow a larger tender, such as Sunseeker’s own high performance Hawk 38.

The aft deck entertainment area is fully integrated into the overall design, merging seamlessly with the vast saloon due to its fully-flush floor. In addition, the transition between the two spaces is replicated overhead thanks to the linear detail of the ceiling panels. A central bar unit sits just aft of the saloon, fully opened to the outdoors via invisible bi-fold doors on either side and an electrically lowering central glass panel.

The interiors, designed by long-term partner Design Unlimited are understandably opulent but the first impression will be supposedly one of light, space, detail, technology and infinite mood choice via subtle lighting integration.