The Auckland On Water Boat Show 2019 drew to close with exhibitors reporting strong sales, while visitors enjoyed the new marina position in the heart of the Viaduct Harbour.

The 21st edition of the Auckland On Water Boat Show ran over 3 to 6 October and positive results have the New Zealand marine industry feeling buoyant.

“We were thrilled with our new location and the chance it gave visitors and spectators alike to get closer to more boats,” said show organiser, Stacey Cook.

“The move allowed us to increase marina space which saw the show accommodate 120 boats on the water – making it easily the biggest on-water show that’s ever been staged in New Zealand.”

Exhibitors were just as pleased with the results from both regular show visitors and those discovering the marine industry. 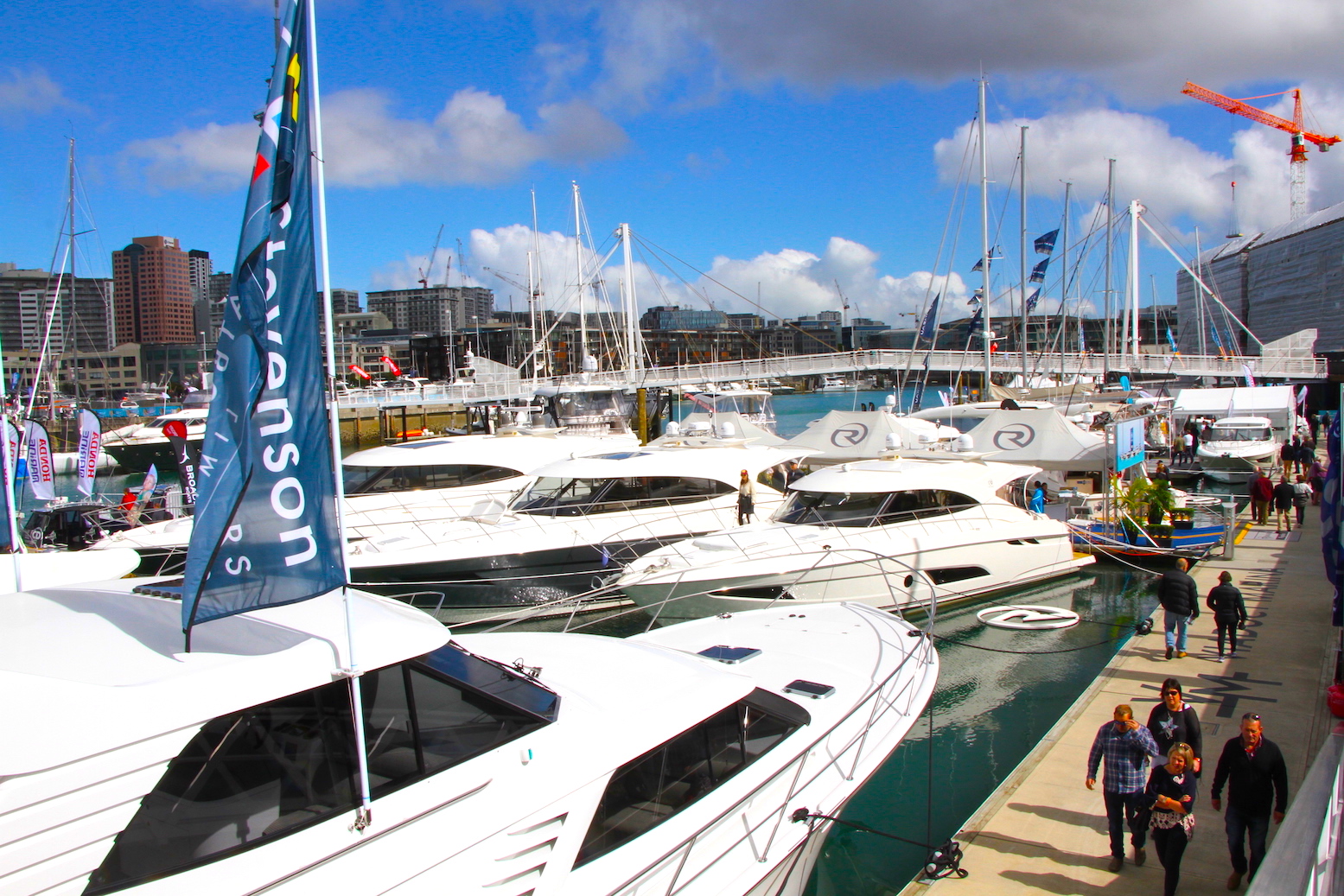 “The show was a success for us and it was great to connect with existing clients and meet people who were new to the Lloyd Stevenson Boatbuilders brand and show off the custom boats that we create.

It was great to see so many people interested in purchasing boats,” said Luke Hill of Lloyd Stevenson Boatbuilders.

The show stretched from marina to land with some exhibitors taking up the opportunity to exhibit on both, capturing pedestrian traffic as well as those show visitors who wanted to experience boats in sea trials on the marina.

Longterm powerboat exhibitor Rayglass echoed the sentiments of many of the exhibitors at the show, reporting strong interest.

“We were very encouraged at the turnout, it’s the first time having Rayglass product in the water, having the ability to display our boats in their natural environment. It was a successful result for the Rayglass team,” said Rayglass’ Stevie West.