Lang Walker is one of Australia’s most successful and best-known property developers, having carved out a stellar career over the last 50 years with his Walker Corporation, but his passions often run to the water-based rather than on land. Having started out his sailing life at the tender age of nine, when he was growing up in the Sydney suburb of Yowie Bay, Walker has never been far from boats and yachts, despite his many business commitments.

Lang took a break from his R&R on Kokomo to talk with Ocean about his love of sailing, why it pays to know what you want from a new build project, and fostering the next generation of sailors through philanthropy. 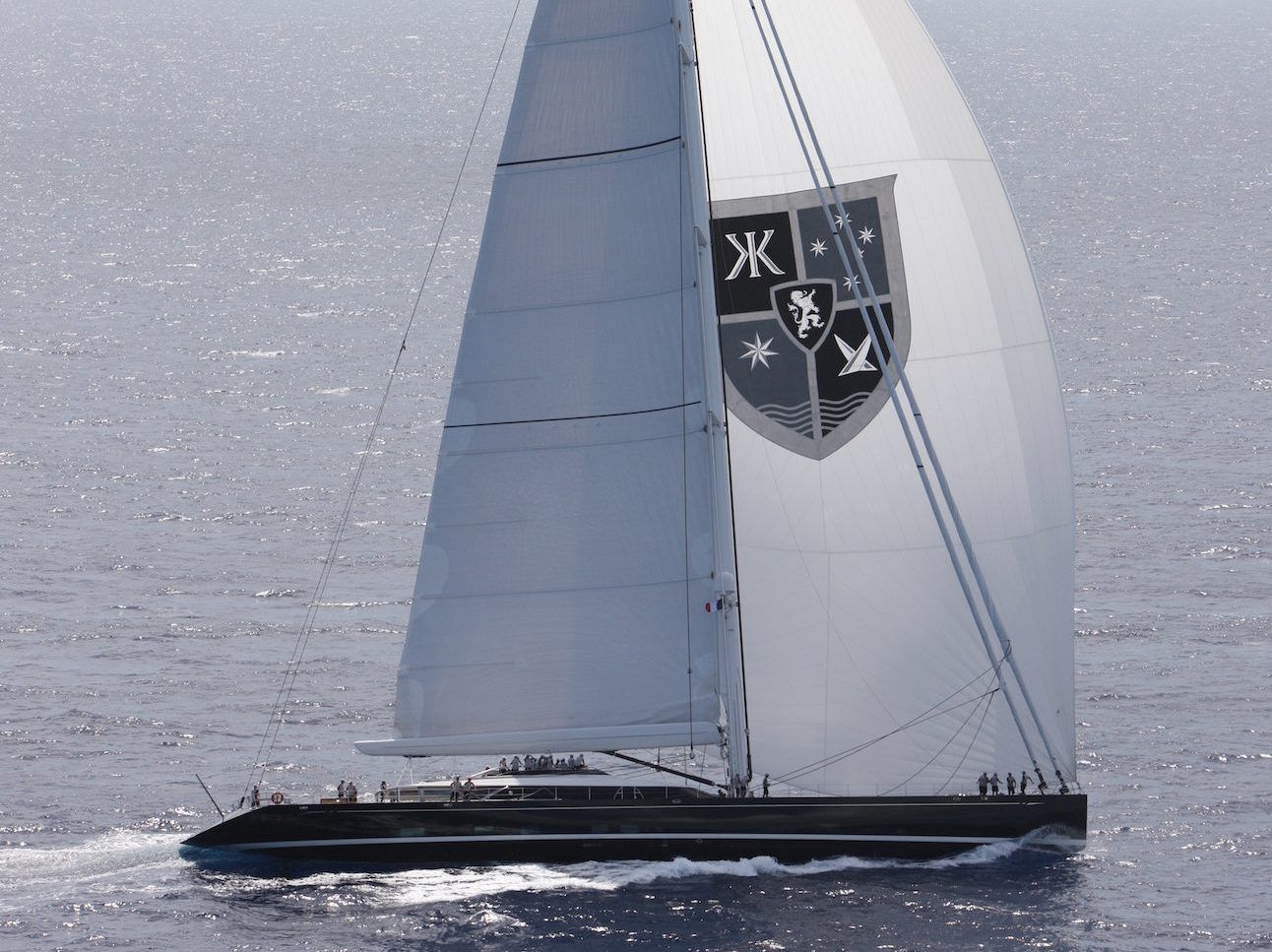 Ocean magazine (OM): When did your love of the ocean and yachts start?
LW: I developed my passion for the ocean and sailing early on in life at the age of nine, when I lived on the water at Yowie Bay.

OM: Can you share with our readers your three favourite boats that you have owned and why they make the top three?
LW: My three favourite boats would be Yarrawin, the Farr 40 Yacht and S/Y Kokomo. Yarrawin is a beautiful, soft carbon fibre yacht with a classic wooden, old-boat-style exterior. The Farr 40 Yacht fits the One-Design sailing model demanded by Farr 40 Championships. In my opinion, One-Design sailing is the best in the world as everyone is equal and winning comes down to the crew and their skill to succeed; it’s intense, competitive and exciting. S/Y Kokomo is the ultimate sailing boat, delivering power and speed. Sailing through stunning European destinations on S/Y Kokomo is exceptional.

OM: When is your most cherished memory of yachting from and why?
LW: The first time I won the National Farr 40 Titles because it was a very competitive and a close race. One-Design boat racing and hearing the wave of the boat heading into the finish line was motivation to win.

OM: Where’s your favourite destination to visit by yacht and why?
LW: One of our favourite destinations to visit is the top end of Sardinia to pick up fresh Corsican rosé, before travelling down to Porto Cervo and then on to Bonifacio. We love the beautiful anchorages along these coastlines, the crystal-clear waters, food and crisp rosé at each port.

OM: You have built a number of custom superyachts over your time as an owner. What did you draw on from your property development experience during the process?
LW: Vision and attention to detail are important aspects in property development and something that translate to sailing. I’m always looking to innovate and push the boundaries in both property development and sailing. One example is building a 58.4-metre sloop with a 130-tonne lifting keel to create the largest spinnaker in the history of the world, as well as introducing 3DL sails to the superyacht.
I have owned and modified an array of yachts over the years. Predominantly, a series of prized racing yachts named S/Y Kokomo. Each reiteration of this superyacht has evolved along with my competitive sailing career and experience.

OM: What advice would you give to anyone considering commissioning a custom superyacht for the first time?
LW: You need to fully understand the needs of a boat and look beyond the architect’s requirements. Boats are space deficient and as such, where you situate the stairs and openings is of the utmost importance. Be mindful that it is very easy to be directed by an architect to do things that don’t suit a yacht. Space is paramount in a yacht design.

OM: If you could change one thing about the yachting business, as a consumer, what would it be?
LW: I would urge superyacht owners to contribute to sailing clubs and academies to support the next generation of sailing talent. Personally, I support the Australian Olympic Sailing Team and the Youth Sailing Academy as well as being a proud sponsor of and involved in the Farr 40 sailing group. 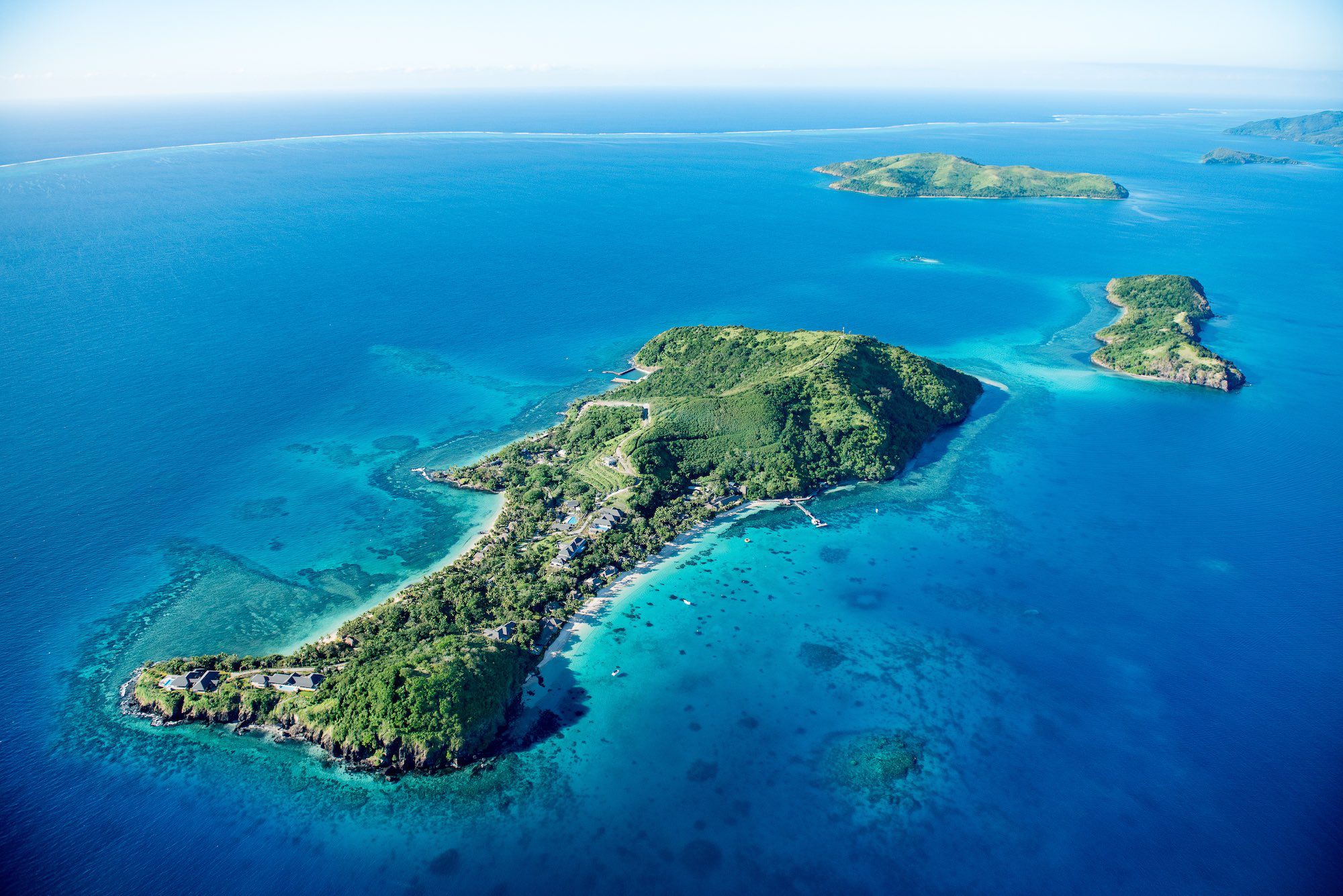 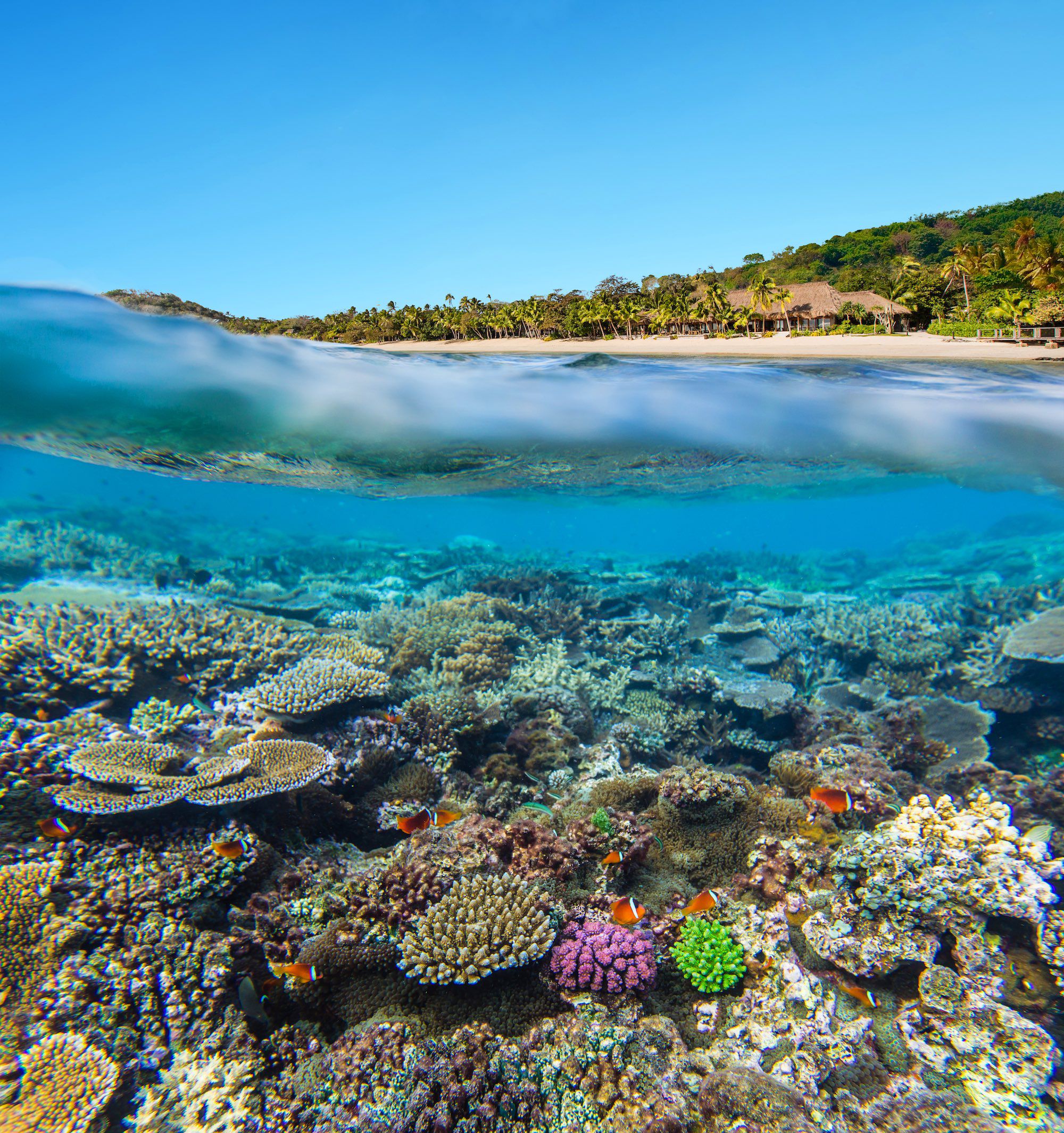 The reef off Kokomo Island 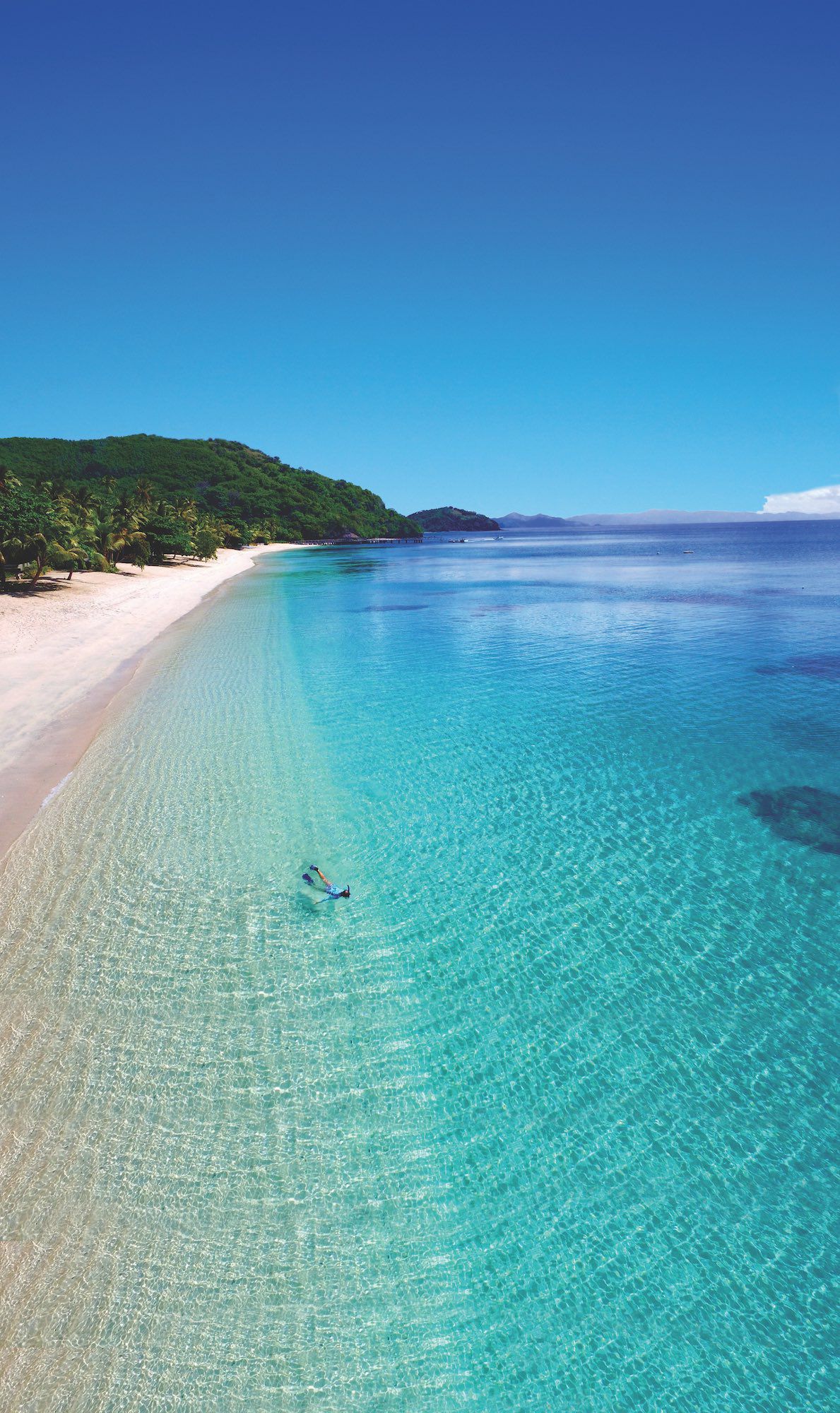 OM: Congratulations on the opening of Kokomo Island last year. What is your favourite thing about the island and why?
LW: My favourite thing about Kokomo Private Island is the close proximity – it is only 10 minutes from shore – to the Great Astrolabe Reef. The fourth largest reef on the planet, it offers some of the best diving and fishing in the world in a remote, unspoiled and unfrequented location.

OM: What has been the greatest challenge and the biggest reward of the project, and how has it compared to your property development projects – both personal and commercial – on the mainland?
LW: It has been the most challenging project that Walker Corporation has ever undertaken. This is due to the logistics of the remote location and my relentless pursuit to create the best resort in the Pacific. We have delivered the hardware: stunning beachfront villas, private residences, world-class restaurants, extensive facilities and endless activities. Now my focus is on the software and bringing in people who are proud of working for the best resort and are passionate about continuing to lift the standards of the food and service, to which Fiji is unaccustomed.
The biggest reward has been involving and working with my family, who share my enthusiasm and vision for this private island paradise. Together, we have created the ideal escape from the world and a destination that we are proud of and love to visit as a family most holidays. There’s nothing more satisfying or rewarding than when my children and their families come together and make memories on Kokomo.

OM: Kokomo features a “sustainable design”. Can you explain what is meant by this and why was it important to you? Does the environmental angle extend to other operations, too?
LW: Like Walker Corporation, integral to Kokomo’s core values are environmental and cultural sustainability. We are committed to sustainable development and to exceeding industry standards for sustainability. We have invested millions of dollars to lift our sites well beyond health and environmental standards and we pride ourselves in employing the latest in environmentally sustainable design principles (“green technologies”) to create sustainable buildings with efficient water, energy and aeration systems for a healthy working environment. The Green Star and NABERS industry standards, put in place by the Green Building Council Australia, are how we measure the environmental sustainability of our projects. We committed to achieving a minimum five Green Star – As Built standard on all commercial and retail projects, if not the maximum six Green Star rating.
In addition to our core principles, in Fiji, during the build of Kokomo, no expense was spared in sourcing the finest local building materials for the resort. From the local plantation timbers to the stone from the island (and surrounding islands) to the craft building materials and the production of a large proportion of our furniture on the island. Beyond design and development, we grow the majority of our vegetables and herbs on the island using organic practises, farm chickens and keep bees.

OM: What can we next expect from the resort – is there anything in the pipeline?
LW: We are always tweaking our offering to achieve the vision of a six-star serviced resort, ensuring that everyone who visits and stays with us has the best possible experience on their holiday.

OM: What is “luxury” to you?
LW: To me, luxury encompasses everything that exceeds your expectations. Our approach is to continually strive for excellence across the board and deliver an unparalleled personal approach.

OM: What single piece of advice – both for business and personal life – would you give yourself as a 25-year-old?
LW: Don’t get ahead of yourself and keep your feet on the ground. Humility is the most important thing in any personal or business instance.