What attracted you to the yachting industry?

I’ve always had a close relationship with the world of yachting, both as an owner and, early on in my career, as the manager responsible for the development of Fiat marine engines, promoting their image in offshore races, world water speed records, and speed and duration records, including the Tour of England, Monte Carlo to Venice and New York to Nassau. Personally, I consider the yachting business the most appealing and fascinating one in the world. We work with the most precious and technologically advanced materials like carbon fibre, marble and crystal glass crafted by brilliant engineers and technician. On top of that, you have the opportunity to deal with incredible and charismatic owners and be surrounded by brilliant and gifted designers that often introduce new elements and new ways of thinking into our line of work.

What was the career path that took you to Benetti?

I started at Benetti in 2017 as Director of Operations, bringing with me a large experience of industrial and commercial management roles at top Italian and international companies. It seems like only yesterday that I started in the 1970s at Fiat Group, where I was quickly promoted to key management positions. 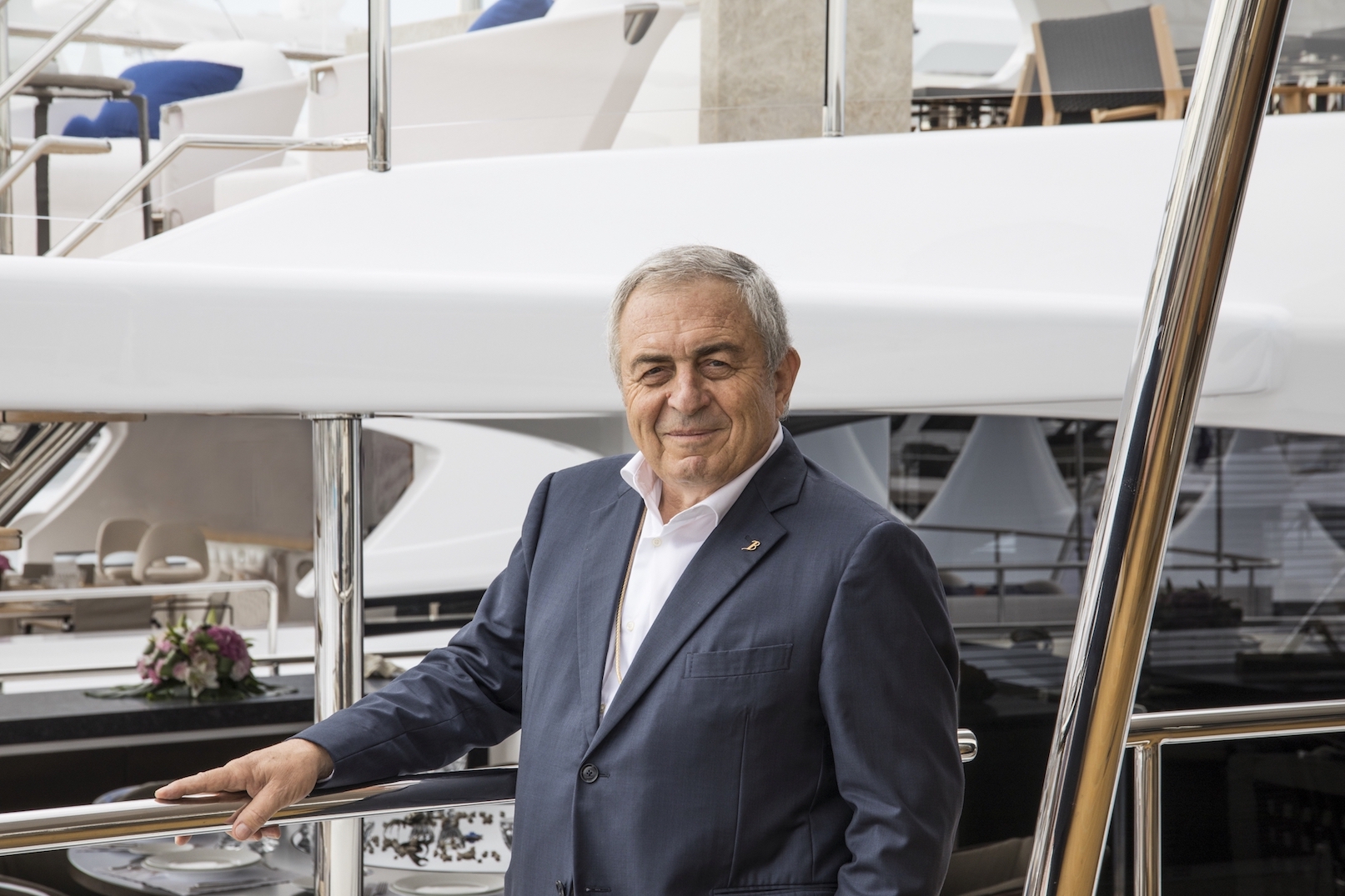 In 1975 Fiat put me in charge of the Bus Division and later of the group’s Central American operations. In 1982 I contributed to the creation of the new Diesel Engine division in the areas of marketing, sales, servicing and spare parts for diesel engines in all the fields of application, including the marine segment. I was then assigned to the Industrial Coordination of Fiat Holding, before going to become Vice President of fiat Industrial, Agriculture and Construction Equipment for industrial operations in the earthmoving machinery segment. In 1992, I was made head of European Agricultural Commercial activities, two years later I was also promoted to lead Fiat International Agriculture and create the industrial and commercial bases in China, India, Mexico, Pakistan, Turkey, Central and South America, and the commercial base in Africa and the Middle East. In 2002, I was made Senior Vice President of CNH Agricultural Industrial, and then in 2007, Sergio Marchionne offered me the post of CEO of CNH International Agricultural and Construction Equipment. In 2013, I was appointed CEO of Iveco and three years later, building on 45 years’ experience in Fiat Group, I became Senior Consultant for industry at Deloitte Italy.

What is your dream for Benetti as a company?

Benetti is one of the largest and most successful shipyards in the world, with a long history in Viareggio and Livorno, so to be able to ensure our longevity as a yard, we are constantly in a state of development. Right now we are living an exciting stage: in order to manage the kinds of orders we have under construction to date, financial rigour and strict cost control are key areas of focus for Benetti. We have meticulously planned all activities in these projects to avoid dead times and overlaps, which impacts the reduction of the working capital in each phase of the construction of the boat, accounting for seven to 10 percent of the total value of the boat itself. This keeps us on time and on budget, but also increases the quality of the final product. I think that this is the path that will bring to Benetti another 145 years of history.

Where do you see the yachting industry in 10 years?

I think that in the next 10 years the yachting industry will remain stable with a progressive growth in the size segment of yachts above 30 metres in length.

What inspires you about the yachting industry?

I’ve always been drawn towards this industry that I consider one of the most fascinating in the world, because of the material used, the know-how involved and the creativity of all the people working in it.

Do you own a boat? What is your favourite thing about it?

I own a sailing boat and what I really like about it is the freedom that yachting gives you. It comes with a flexibility and a carefreeness that influence both your lifestyle and the way you approach the sea. Nothing brings you such serenity as watching the sunrise from your boat, or gazing at the falling stars right in the middle of the sea.

What is your advice to people who are unsure about buying a yacht?

To remain curious about the yachting market because it will change in the near future, moving up as far as concerns the volumes of yachts.

What is it about Benetti as a company that made you want to take on this role?

Having always being fascinated by the yachting industry it seemed like a natural choice to make; not only did it give me the chance to work within the industry, but I now have the opportunity to work for one of the best shipyards in the world, carrying on a tradition that has had so much impact worldwide. 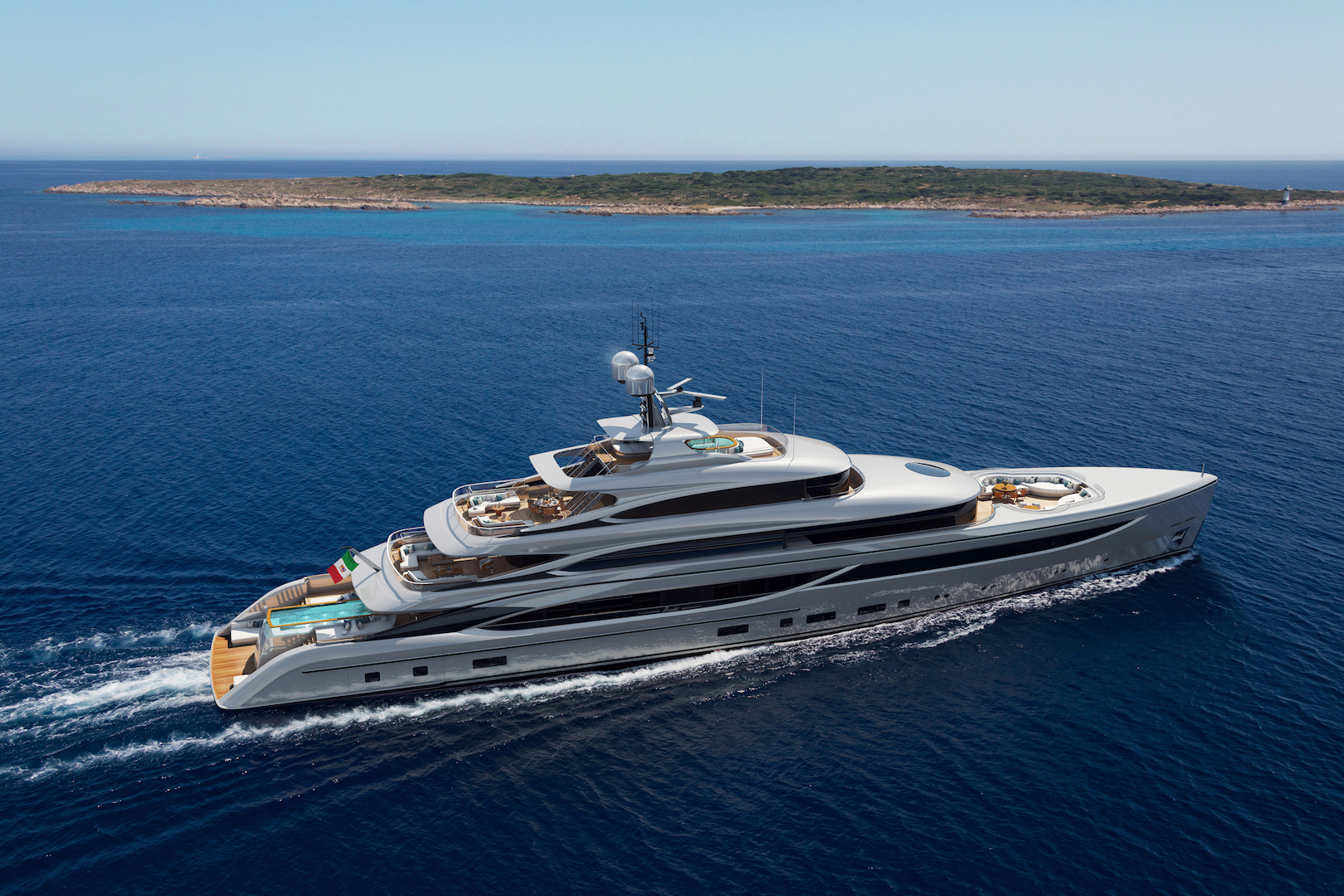 What do you think makes Benetti attractive to both new and repeat yacht owners?

With the experience gained over 145 years of history, Benetti is recognised in the international yacht market as an icon of excellence and timeless style in every detail. A shipyard that provides its owners with all the quality, expertise and reliability of the builder of over 360 yachts which sail the world’s seas in total safety. Buying a Benetti means buying the best of Made in Italy in terms of design, materials and comfort. A personalised process is tailored to each individual owner, proposing styles and solutions created by the world’s leading designers. On top of that, Benetti’s production and engineering structure allows it to build boats with reduced delivery times compared to its main competitors.

Are you going to implement any big changes in the shipyard?

As Benetti’s CEO, one of my primary goals is to introduce new production patterns in order to be always on top in the business. On top of our well known range, we’re currently building three yachts over 100 metres in parallel, which has been a fantastic opportunity to improve our skills and introduce new processes when it comes to planning and engineering our yachts. We’ve really thought outside of the box when it comes to optimising production time. An example of this is during the design phase of each project when all the technical details are defined. We work with our suppliers to develop designs that incorporate all aspects of customization requested by the customer. This has proven successful in drastically reducing the time spent in the production phase, a reduction of around 10 percent.

Where are you focusing new investment on in Benetti?

We are working towards reducing the weight of materials. It is an interesting relationship between weight and cost. A lighter weight means less consumption, which eventually translates into a more cost-effective product. We’re also looking at the thickness of materials and new materials for acoustics, for reducing noise and vibration. To improve comfort we are looking at the diffusion of the air and the use of light. If you can integrate light you can change the shape of the boat.

How do you view the Asia Pacific and Australasia as a market for Benetti? Do you have any plans to expand in the region?

We already have a productive and efficient office in Hong Kong to closely monitor the area. We are also working in close collaboration with Azimut Yachts’ dealer and brokerage network so that they can promote Benetti’s entry level yachts and support us with the after-sales service.

What yachting innovations that you can tell us about are you currently working on?

In terms of production, we have a new range of boats below 50 metres and we have launched the Oasis 135 and Diamond 145, and delivered the first Delfino in January. The 50-metre Seven is a complete Benetti design and is one of the largest boats in composite. Our new Benetti Bnow range also means that you can have a high-quality yacht in a shorter period of time, so we have plenty going on! Another challenge for us right now is optimising the weight of technical components within yachting. We’re very focused on working towards this. Lighter weight means less consumption, which eventually translates into a more cost-effective product and lower environmental impact on the planet. We’re also looking for new materials to improve acoustics, reducing noise and vibration.