Volvo Penta introduce the next generation in propulsion technology.

Volvo Penta revealed a whole host new and improved technology at a press event in Gothenburg.  A division of Volvo Group, Volvo Penta is a global manufacturer of engines and complete power systems for boats, vessels and industrial applications, and has approximately 3,500 dealers in over 130 countries. Their engine program comprises diesel and gasoline engines with power outputs of between 10 and 1000 hp.

Firstly, Volovo Penta introduced their next generation D4 and D6 propulsion packages. These marine propulsion packages have a comprehensive helm-to-prop update, delivering more power and reliability, while operating costs are cut by a third.

The D4/D6 package is designed exclusively for marine applications, the 3.7 litre D4 and 5.5 litre D6 deliver Volvo Penta’s efficiently delivers maximum power to the propellers and into the water, across the whole speed range. While the exteriors look generally unchanged, the majority of components inside have been reengineered. The D4 and D6 deliver performance outputs of between 150 to 480 hp. In top specification the D4 now has a maximum output of 320 hp, while the D6 in top spec boasts 480 hp. These new engines are able to deliver 10% more power across the range, and are up to 7 percent more fuel efficient. 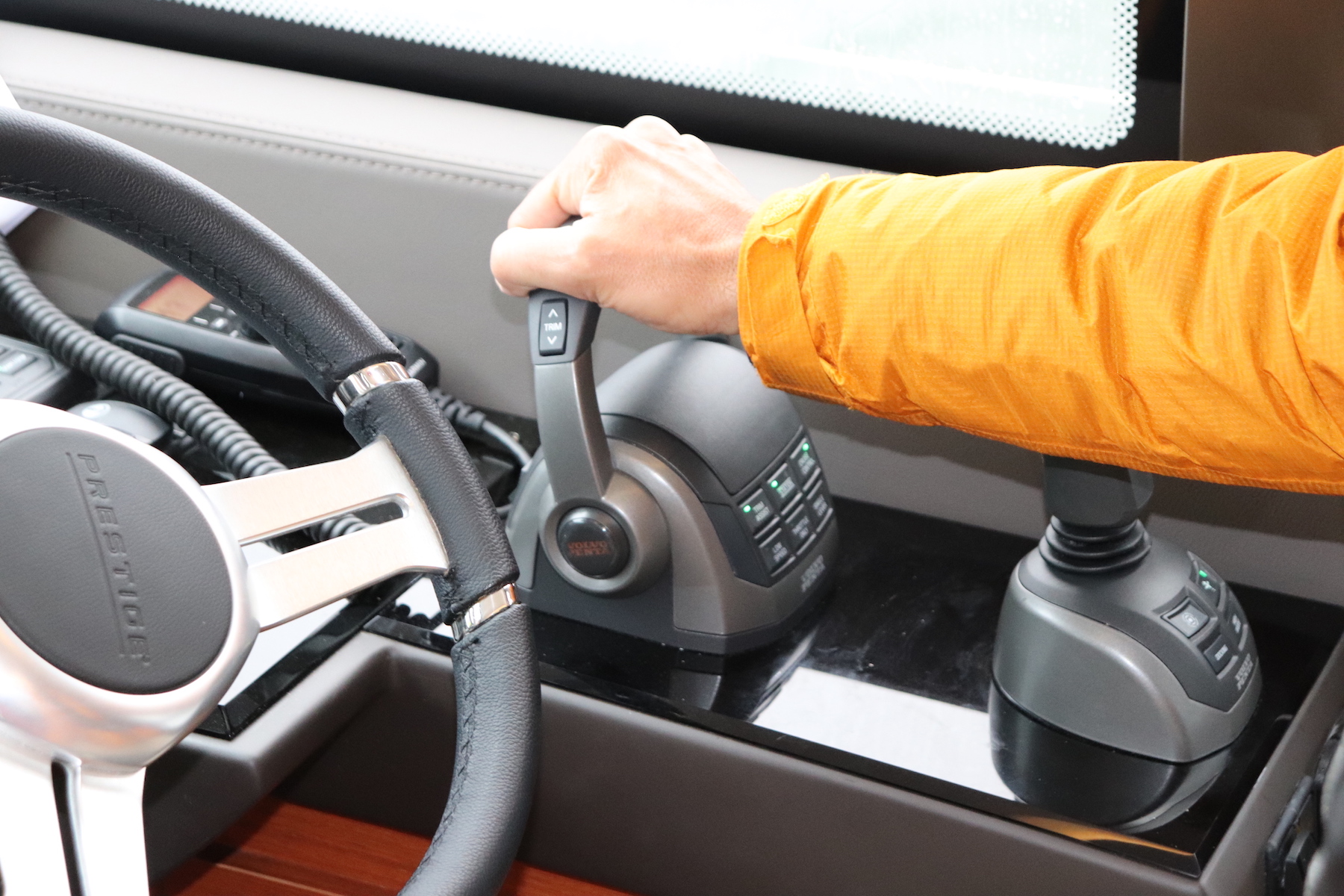 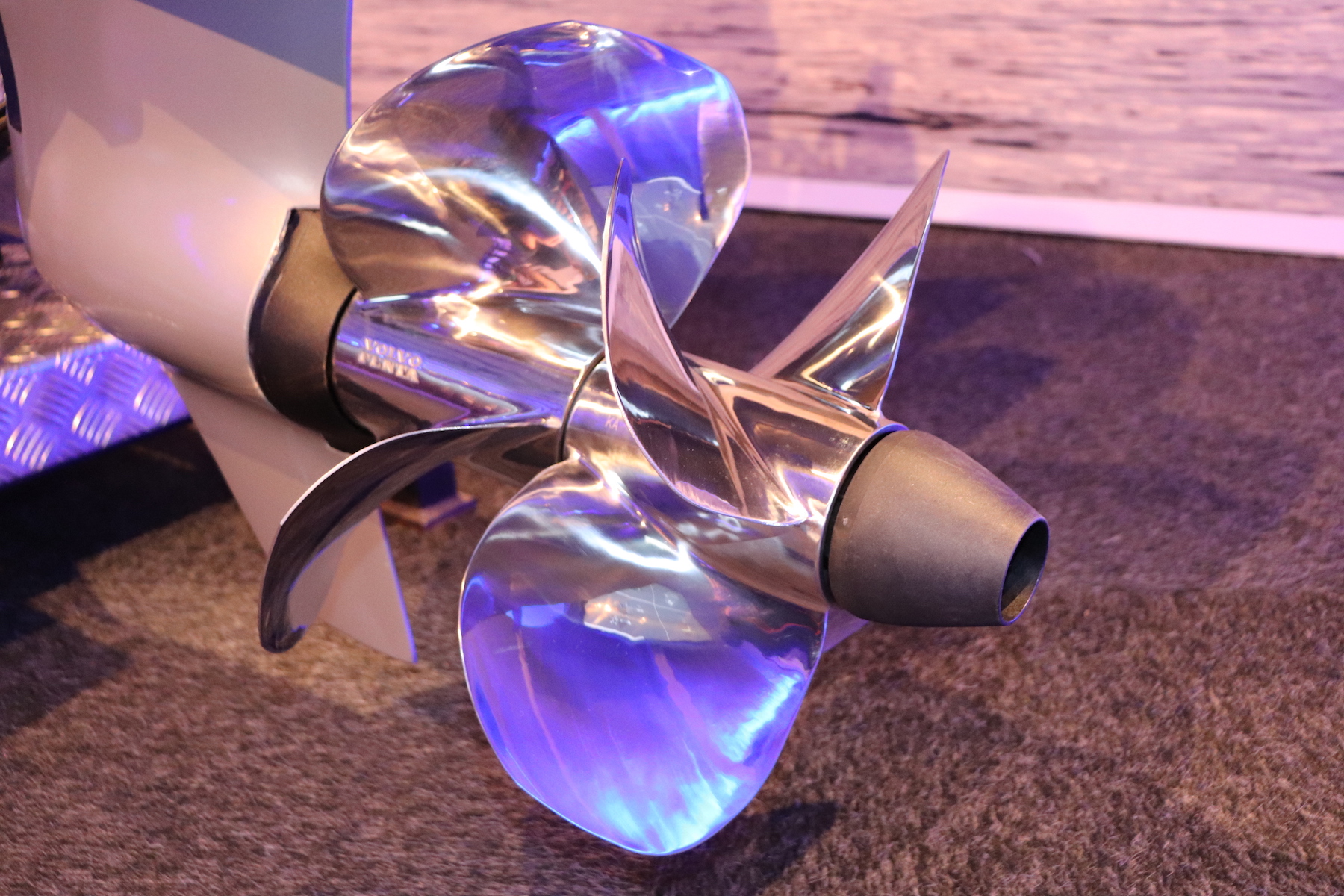 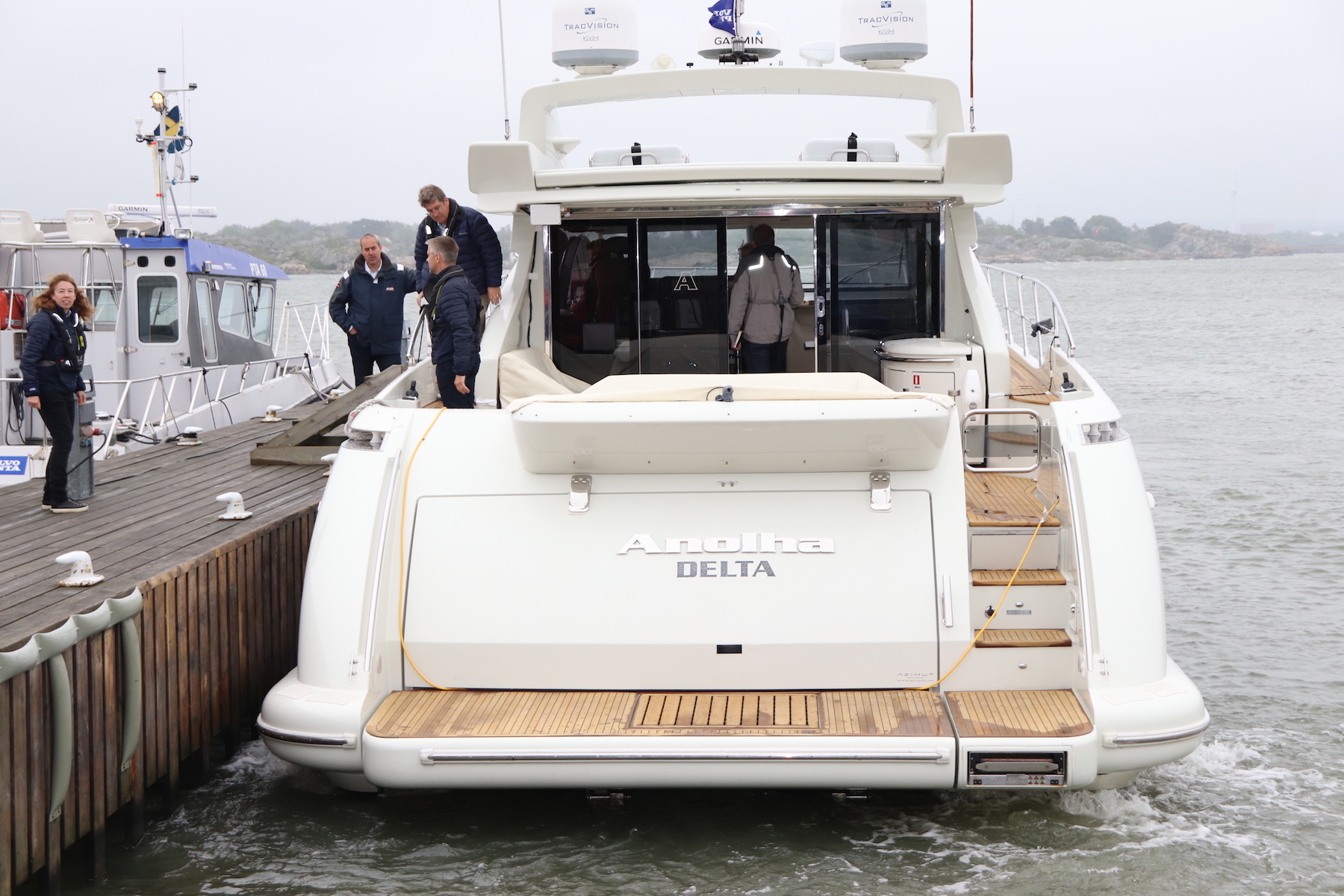 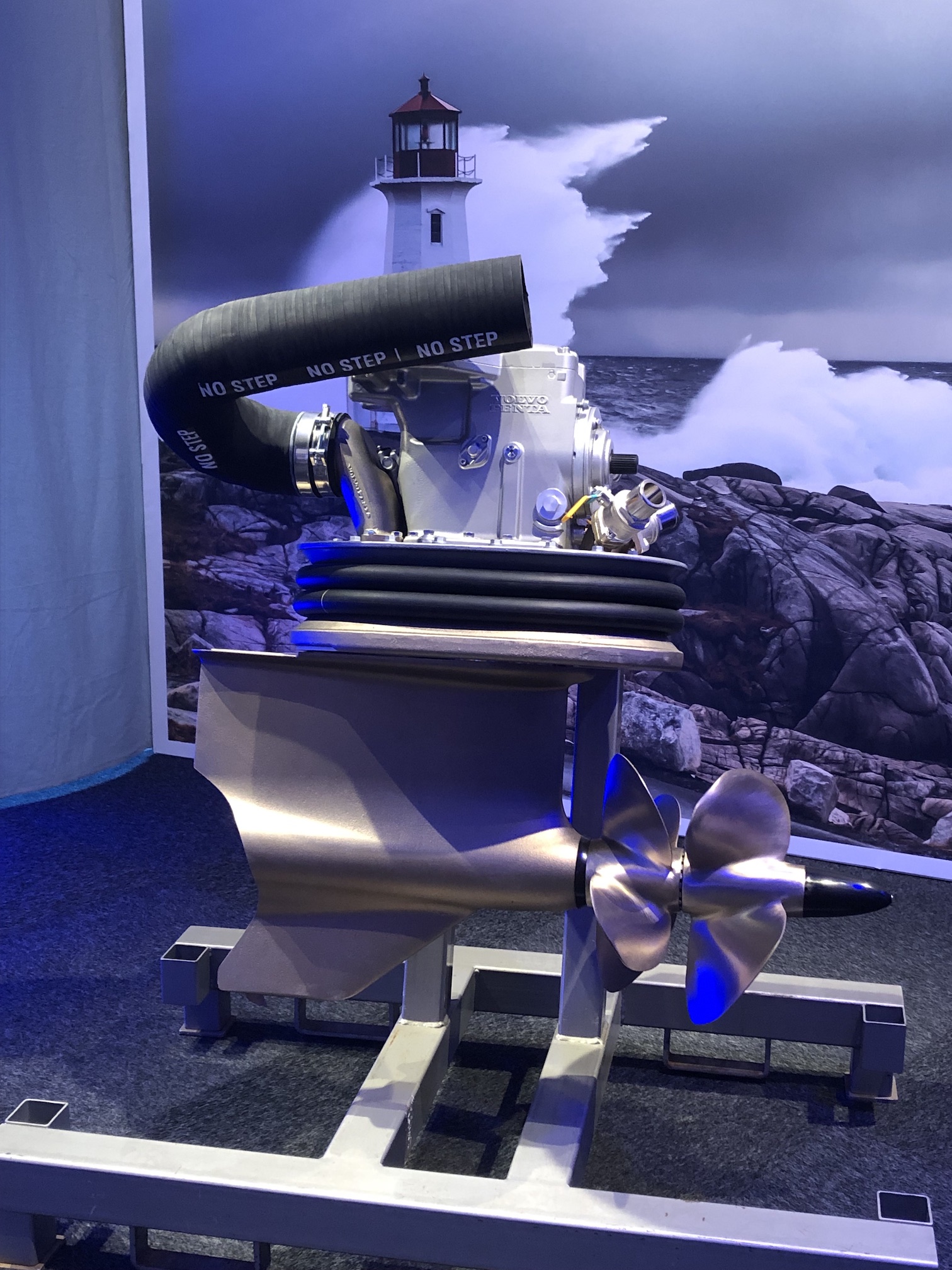 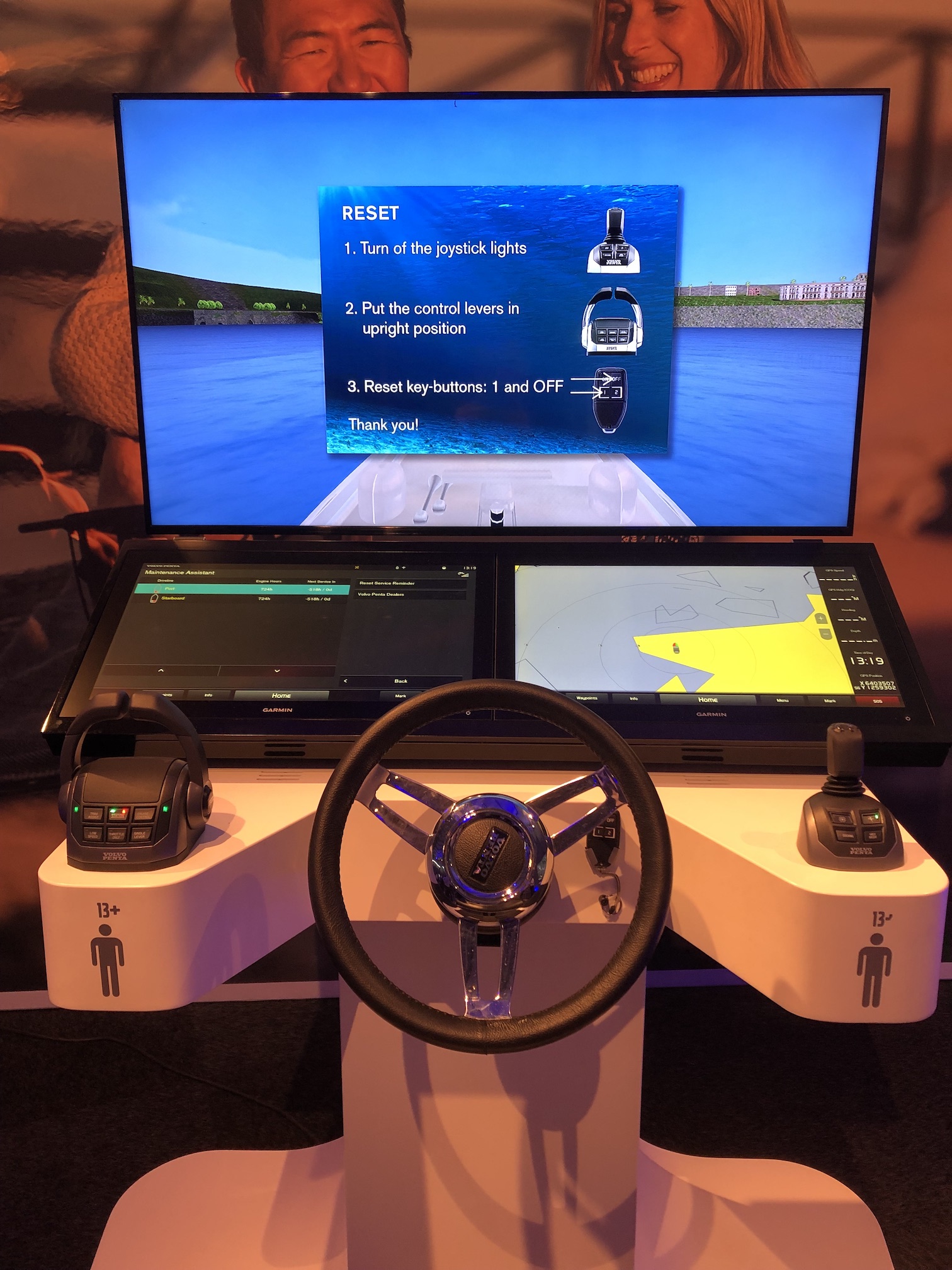 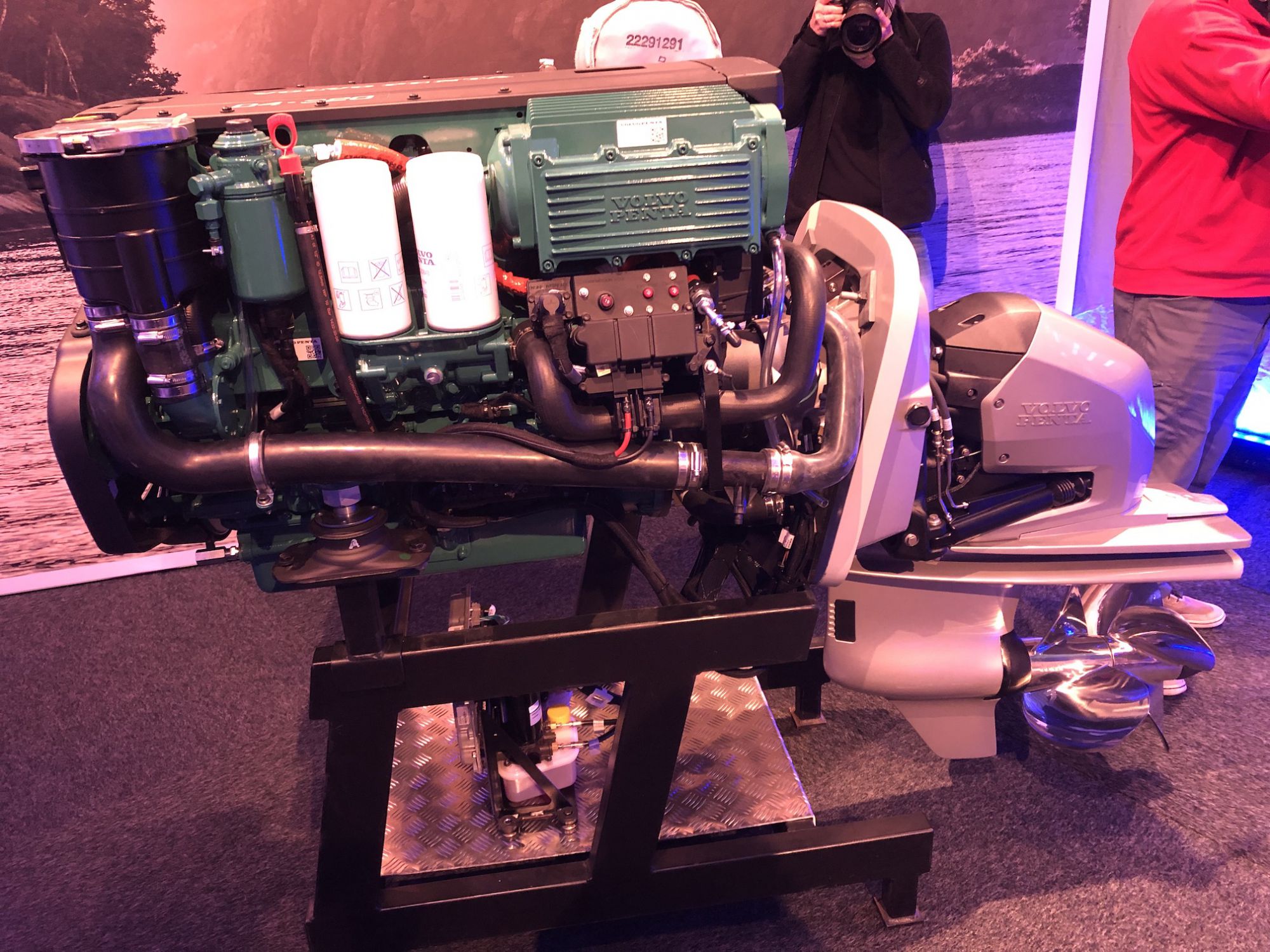 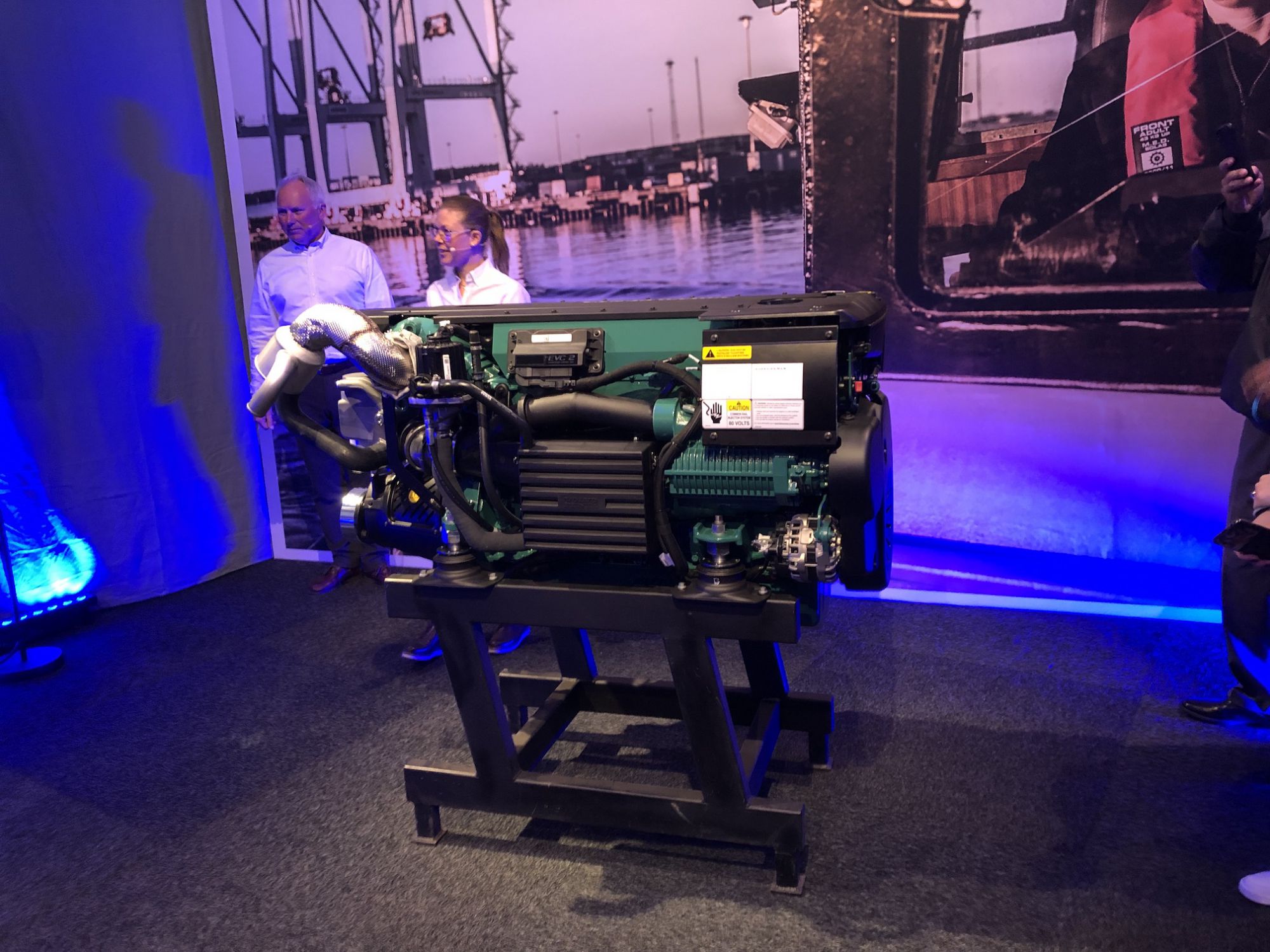 The list of upgrades is long, including a new engine management system, new fuel injection system, new turbo charger and a new supercharger. The cylinder head, pistons and valves are new, to cope with the increased performance, and the crankshaft is also now stronger to handle the bigger loads.

These engines will also cost less to maintain, with longer service intervals and fewer service items. All this adds up to annual savings in fuel, parts and servicing.

The IPS package provides up to 30 percent lower fuel consumption compared to inboard shaft installations, up to 15 percent faster acceleration and 20 percent higher top speeds. Noise and vibration levels are also reduced, by up to 50 percent.

Improvements to the design mean filters and oil can now be accessed easily from inside the hull and the oil only needs changing every second year. The new oil exchange concept is a major time saver and the boat can stay in the water during the operation. Sensors reading the differential oil pressure over the filters are added in order to identify clogging of filters quickly and accurately. Also a water in oil sensor is added to detect any ingress of water in an early state, preventing damages to the transmission.

To complement these new engine packages, Volvo Penta has introduced their EVC 2 system, which builds on Volvo Penta’s easy boating philosophy – to make the boating experience easier and more accessible. The EVC system connects and manages the internal communications between the engine and driveline, levers and display screen – giving vessel owners integrated functionality and simpler operation. The system includes Joystick Docking, Dynamic Positioning System and Glass Cockpit. The new electrical architecture ensures faster software download, improved diagnostics and traceability, as well as offering the prospect of upgrading to additional functionality in the future.

“The new EVC has been made with the intention of creating a complete vessel level approach to the system, making the EVC system more independent of the driveline to better prepare for the future,” says Jonas Welinder, Production planner, Marine electronics at Volvo Penta. “While the engine is the propulsion unit the EVC is the electrical platform that controls the functionality and features. This allows an easy order, delivery and installation of both the engine and all the EVC features.”