Eye on the prize

Luxury Dutch yard Moonen is setting a course for the future with renewed confidence after it was thrown a lifeline by Australian investors Matthew and Louise Baxter.

At first glance the purchase in August of troubled Dutch superyacht builder Moonen by a relatively unknown Australian businessman and his wife might come as a surprise, but when you delve a little deeper a definite synchronicity emerges.

Matthew Baxter is a long-time sailor who lives on Pittwater, the stretch of water north of Sydney which has produced America’s Cup veteran Jimmy Spithill, along with numerous other yachting world champions and Olympic medallists. Baxter raced Solings and Yinglings, two of the most competitive keelboat classes around, before moving up to bigger Swans, including a Swan 60, Molly.

A Fleming 55 shows he appreciates the most important virtues of any boat: it has to be safe and seaworthy. He is also the very proud owner of the classic 39-foot Sparkman & Stephens designed sloop Barbarian. So he understands what the legendary Olin Stephens meant when he wrote “though per se beauty is not a factor of speed, the easiest boats to look at seem the easiest to drive.”

Baxter is also an extremely astute, experienced business owner. In 1972 the Sydneysider established the AM Group, a privately-owned worldwide group of companies. 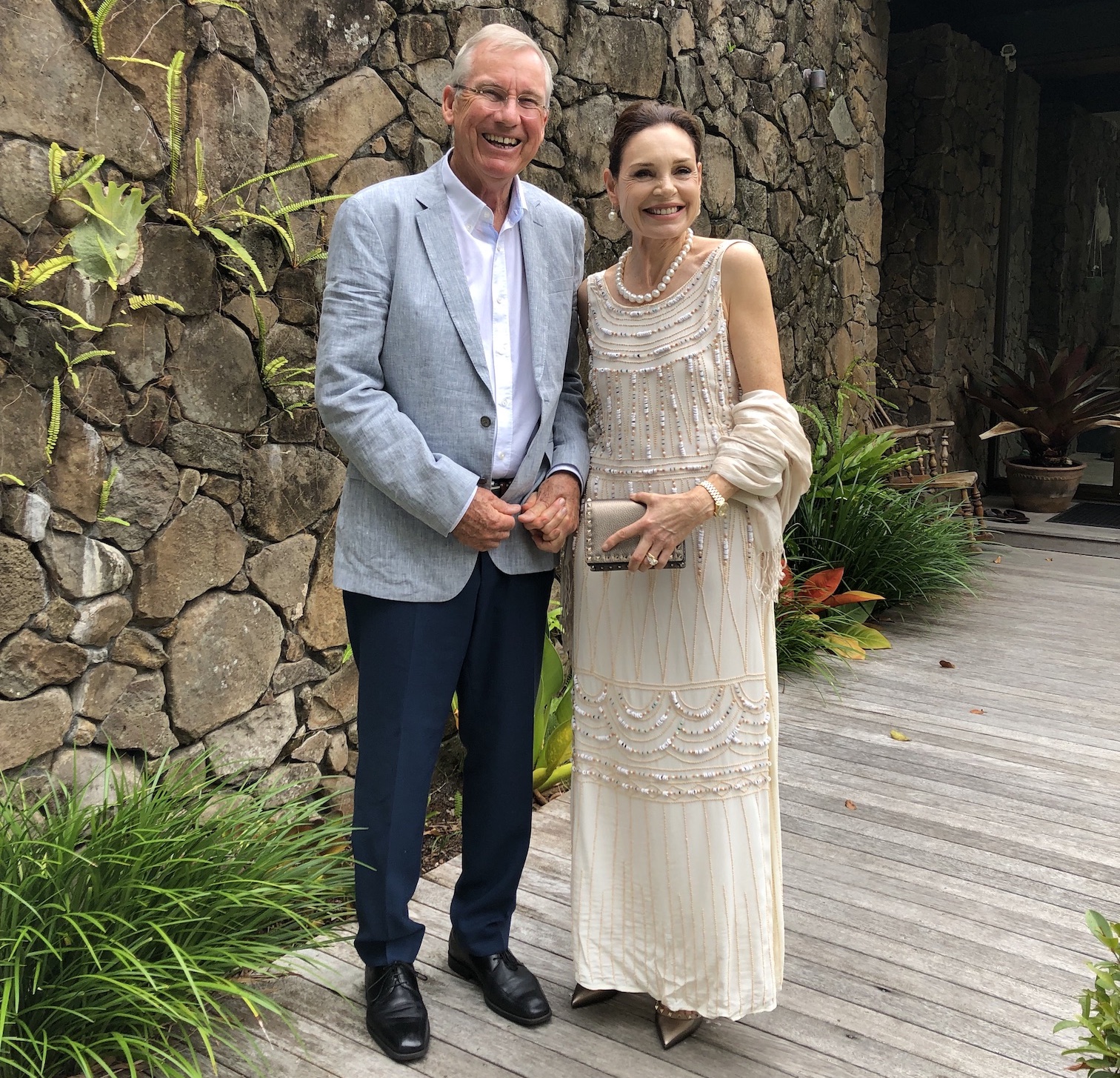 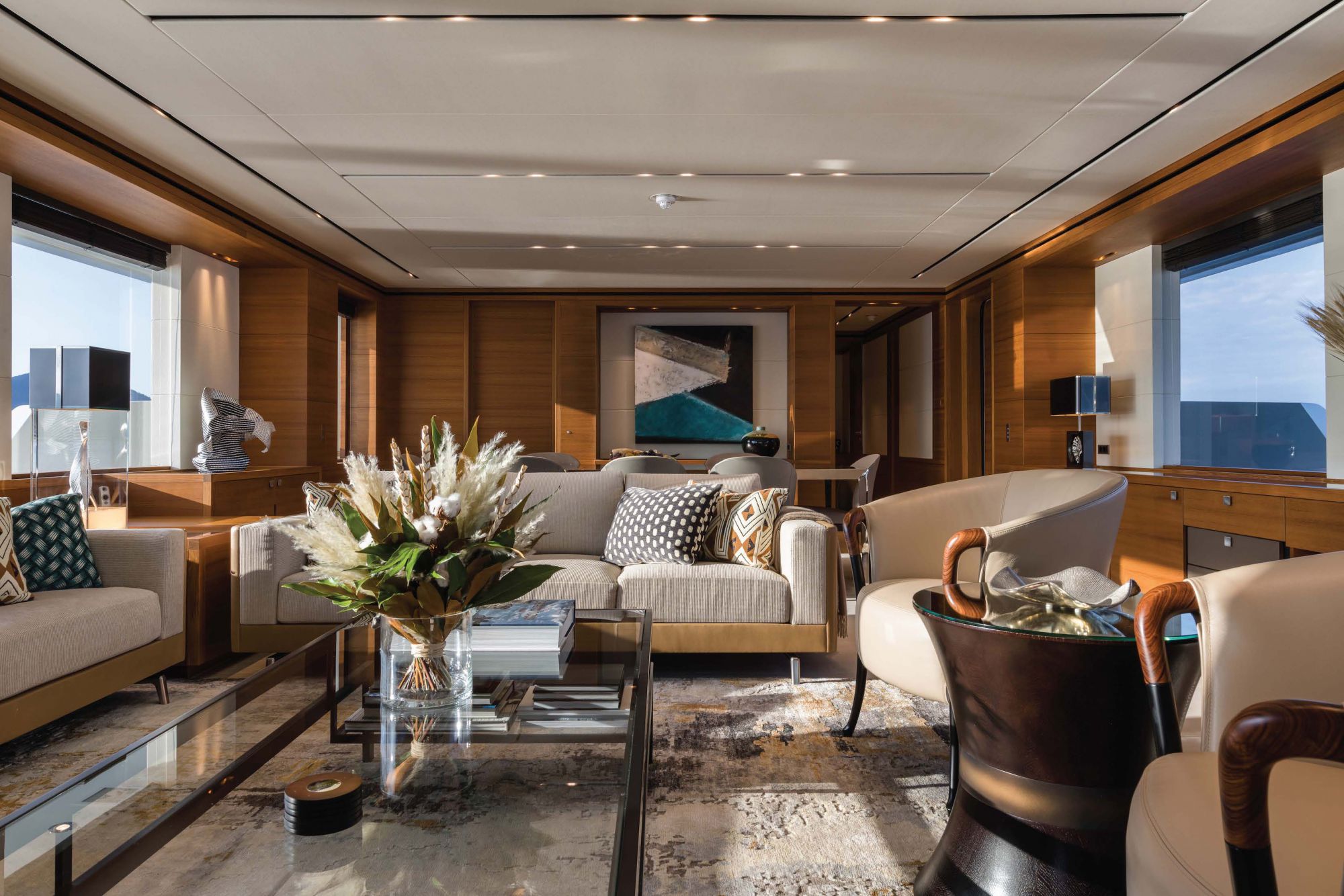 On board the Moonen 36-metre Brigadoon.

Baxter knows business and is very well acquainted with the specific challenges of a manufacturing operation, including an extremely important focus on quality, which has a lot of relevance to Moonen.

“The good thing about Moonen is that it has impeccable pedigree and it has talent,” he emphasises.

“It, (Moonen), has passion and they know how to build absolutely beautiful boats. The problem is they’ve been under-capitalised, starved of capital.”

That situation came about due to liquidity problems at the Mexican steel giant Altos Hornos de Mexico (AHMSA), previously the main investor at Moonen. The reason that Mexico’s steel conglomerate had a Dutch superyacht yard on its books would have to be explained by Altos Hornos’ Chairman Alonso Ancira, who was arrested in May in Spain accused of bribery and corruption in Mexico. The Mexican government duly froze all of Ancira’s and AHMSA’s bank accounts, including Moonen’s.

No doubt aware of this steadily unravelling misfortune, Matthew Baxter at some stage decided this proud Dutch brand with a reputation for the highest quality should not be sucked down into a Latin American ‘mala situacion’. Baxter admits he’d been quietly contemplating acquiring Moonen for several years and had done “a lot of research” as well as due diligence on several different manufacturers. When a Dutch court put the shipyard into bankruptcy in July, Baxter was ready with a rescue plan that he intends to implement as soon as possible.

“The big thing at the moment,” he says “is to get the whole place reorganised, focused, and to leave behind the period of Alonso Ancira and the previous management. We then have to get our costs under control and get our budgets in place and start working on the three different boats that we want to build, one of which is half built at the moment. We’ve got to complete that within budget, on time and in the quality that reflects Moonen’s pedigree.” 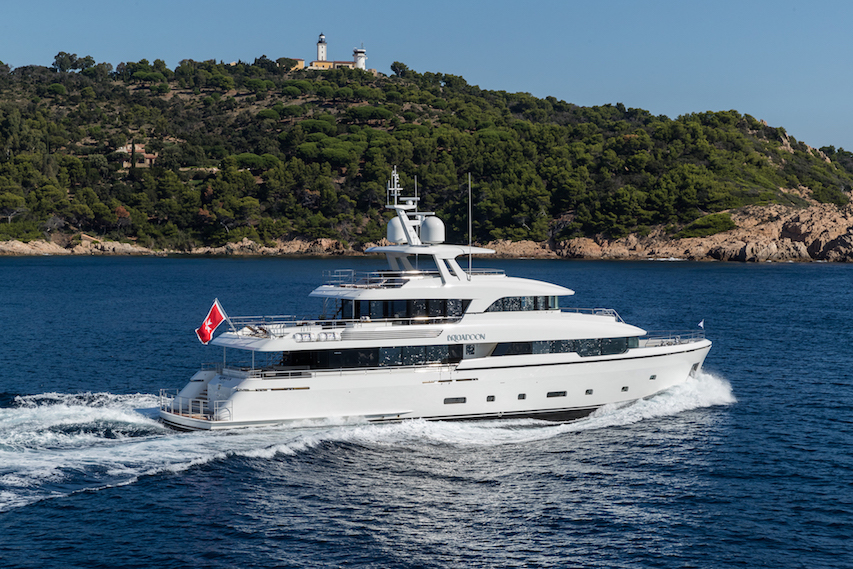 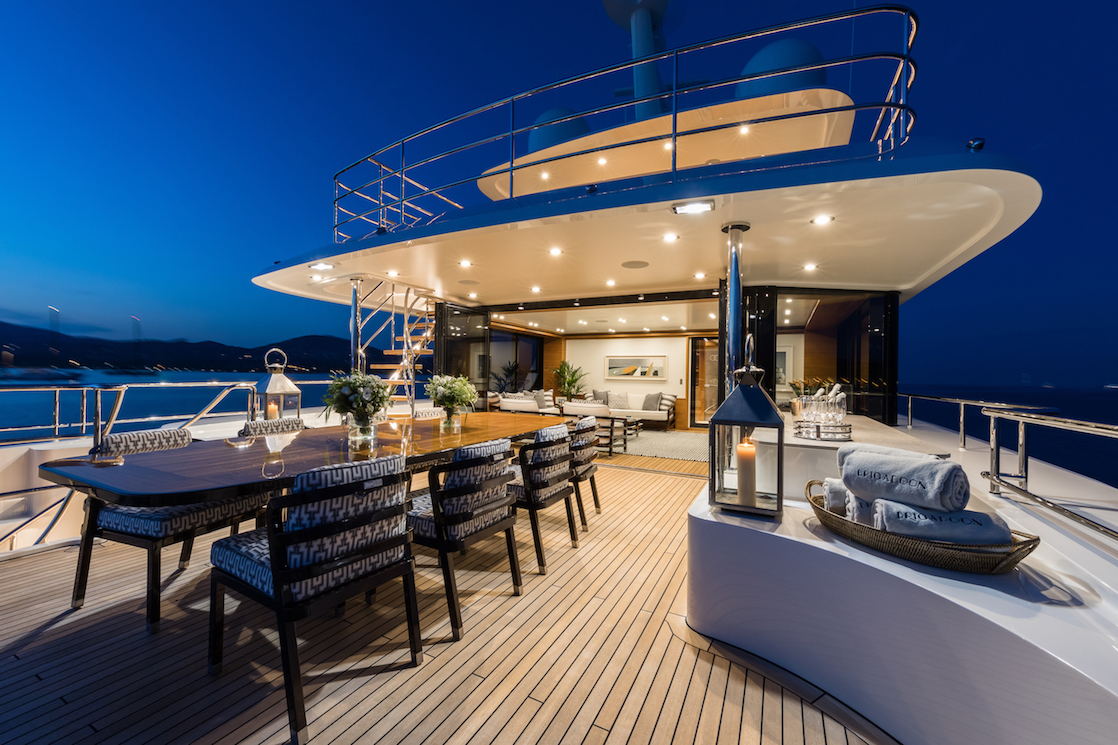 To stay viable and profitable, Moonen needs to build two or three projects ranging in size from 30 to 50 metres simultaneously. In 2018, the shipyard received the World Superyacht Award for the 36-metre Brigadoon, which was followed by an order for a sistership which should be completed by 2020. The sistership is the half-built yacht at Moonen’s facility in the Netherlands to which Baxter refers. However, he is reticent to divulge any more details about the two future projects, which apparently are another 36 metre and a 44 metre.

He admits the pressure created by the release of new models which slavishly adhere to trends is a generic problem for semi-custom and custom superyacht builders.

“You’re always walking a tight line between fashion and what is a good boat to put on the ocean, which is safe, lasts and is of outstanding quality,” he explains.

“Fashions come and go but classic quality does not. While we will continue to build our classic boats, we will obviously take into account some of the new fashions and designs that people are wanting.”

He also intends to shift Moonen’s approach to better attract a new type of owner who doesn’t necessarily want to follow the traditional method of placing a deposit and watching the build progress. “People now, like some of the extremely wealthy people in Russia, want to walk up to a boat at the Monaco Yacht Show and go, ‘Wow, I like that. I’ll take it’,” he says. “That’s the change in the industry, and that’s why we believe Moonen will change to meet that sort of pressure in the market. It needs cash to do that – It needs a cashed-up balance sheet and it needs discipline.”

Baxter reveals he and wife Louise, whom he says will play a vital role in ensuring women are more prominent at Moonen, won’t be at the highly versatile shipyard every day. He knows CEO Johan Dubbelman well and is impressed by the array of talent Moonen has. He won’t be micro-managing what is already an extremely efficient operation, with a core of highly skilled Dutch workers who know and embrace the company’s ethos of exceptional quality and engineering.

There are at least three and perhaps as many as five Moonens operating in the region, including Beluga, and the beautiful 26 metre Aurora owned by Seek co-founder Matt Rockman (featured in Ocean #85). Baxter would love to see more Moonens in our waters, and he’s confident there will be as the awareness and appreciation of what the Dutch master shipbuilders can achieve expands. “I want every client of Moonen’s to reach a point where they really go, ‘Oh my goodness, it’s gone beyond my wildest dreams of owning a boat like this’,” he concludes. It’s a pledge the dedicated Moonen workforce will take great satisfaction in fulfilling.