Christened Polina Star IV, the sailing world is certainly no stranger to the owner’s story and his interrupted world circumnavigation, which his new yacht will allow him to resume.

Designed by judel / vrolijk with an interior by Wetzels Brown, the first Contest 85CS shows off the Dutch yard’s ability to create a semi-custom platform which offers an owner plenty of personalisation possibilities.

The raised saloon and blended cockpit coamings allow for comfortable living, while a modern hull form including a near vertical bow and stern and a broad beam ensures Polina Star IV’s stability and speed.

Self-sufficiency was a key priority for the owner, with many world passages being undertaken with a crew of just two. Redundancies and double systems protect against failure, and only systems and equipment that could be maintained by the crew were allowed in the build. Another part of the brief was that all systems and gear were to be capable of single-handed manual override and operation, from the valves to the full management of the slab-reefed cutter rig. 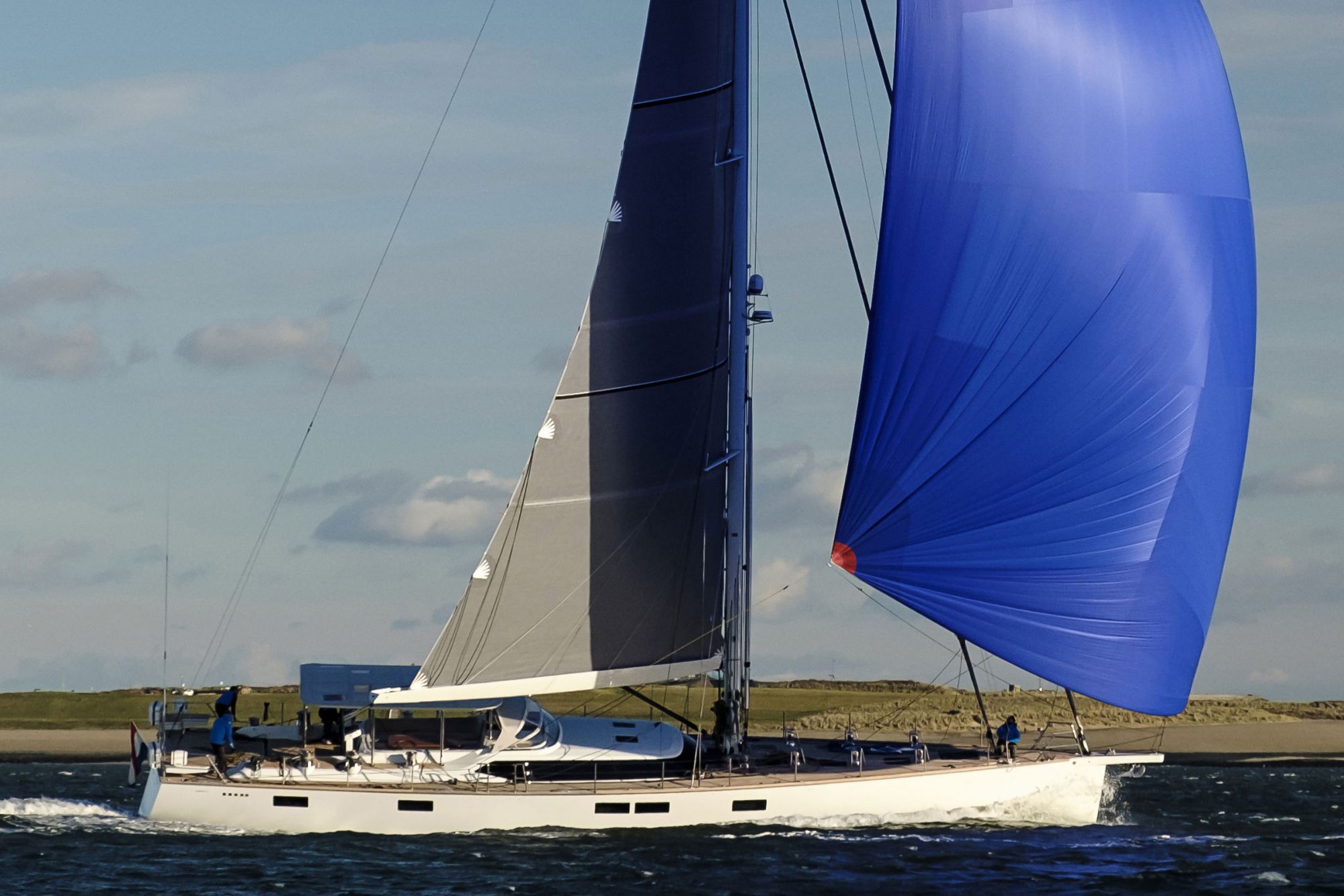 Polina Star IV is the owner’s third yacht from the Dutch yard, and incorporates much of his and his skipper’s innovations from previous experience, including the multiple winch and line arrangement for single-handed sailing to the in-ceiling installation of cabling and emergency electricity supply for navigation and computer systems, to prolong operation in the event of water ingress.

The many winches are mainly Lewmar and enjoy the prominence of being one of the company’s largest order for a yacht of this size, thanks to the skipper’s insistence on a rig that could be sailed single-handed.

Interior arrangement has also been customised with function in mind, with a large forward area given completely to crew and ship management needs, while the galley and three guest cabins are situated aft.

The hull is divided into four fully-watertight compartments for deep sea security, while the interior arrangement includes dedicated inset open lockers with lifejackets beside the companionway and each cabin’s exterior, laddered escape hatches in each cabin and ceiling height safety lighting.

Lloyds’ certified, the hull and deck are foam-cored and vacuum-infused, and chain plates are laminated as an integral part of the hull. The keel is stainless steel and lead and the rudder and A frame are both carbon fibre, with a 3Di North Sails sail wardrobe. 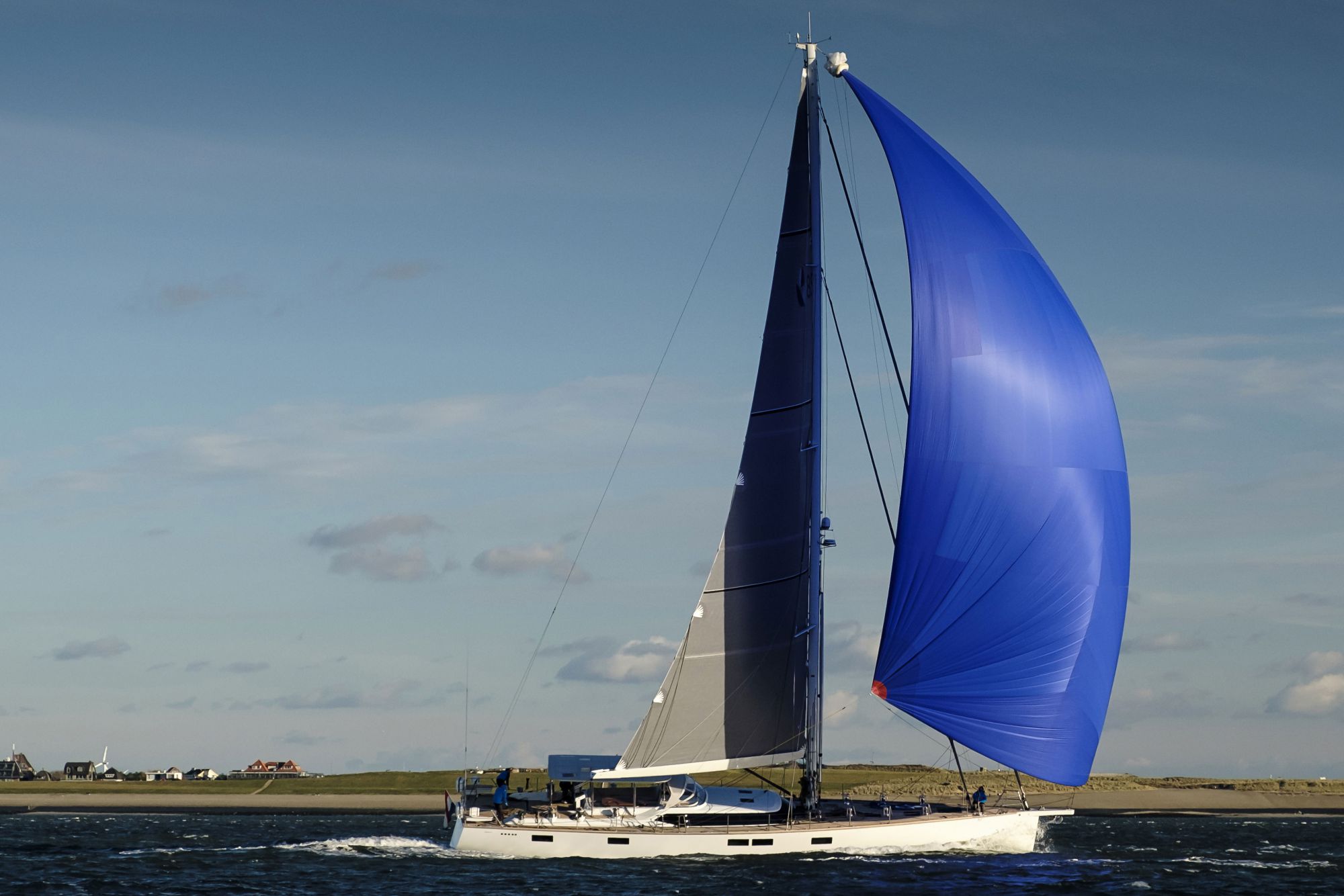 The interior styling places the yacht firmly in the luxury yacht category, with the yard’s signature concealed latches and safety locks, beautiful joinery in oak and teak and a flawless soft satin finish. The look is finished with complementary fabrics and soft leathers.

“This is the joy of a judel/vrolijk design and the Contest approach to lightweight interiors that allow the best of superyacht safety and comfort,” says Contest CEO Arjen Conijn.

“Absolutely,” says skipper and project leader Alessio Cannoni who was involved and on site since day one of Polina Star IV’s conception. “We plan to sail all conditions, from five to 50 knots. I like to consider engines as just something to help when there’s really no wind, and just to enter and exit anchorages.

“The rest of time we sail. We have a huge sail locker because my way is to sail 70 per cent of the time, and if you cannot carry all sails then you are thinking to motor-sail. And then, like so many, end using sails only 10 per cent of the time. Light winds are actually so much more comfortable to sail than bigger winds and, with such a wardrobe as we have, we can always sail flat and fast which makes for great distance cruising.”