Conceived as “a superyacht for the climate change era”, MY Fata Morgana is a 70-metre concept designed to raise awareness about melting ice caps.

Designed by Monaco-based designer, George Lucian, MY Fata Morgana aims “to raise awareness about the irreversible changes that take place in Arctic areas”.

“Fata Morgana is an explorer superyacht specially designed to sail and be chartered in the Arctic areas, including the Northwest passage, which due to the climate changes and the melting of the ice caps is much easier to navigate through,” stated the designer.

“It is designed to perfectly fit with the arctic landscape, the bow resembling a rock formation partially covered in snow, and the stern of the yacht having a glass structure which looks like an iceberg.

In addition, from distance it may look like an island, just as its name suggests, ‘Fata Morgana’, which is a mirage, described in the sailor’s old legends.”

The Fata Morgana illusion occurs on the horizon of the ocean, making distant objects such as other ships or shoreline appear to be floating in the sky. 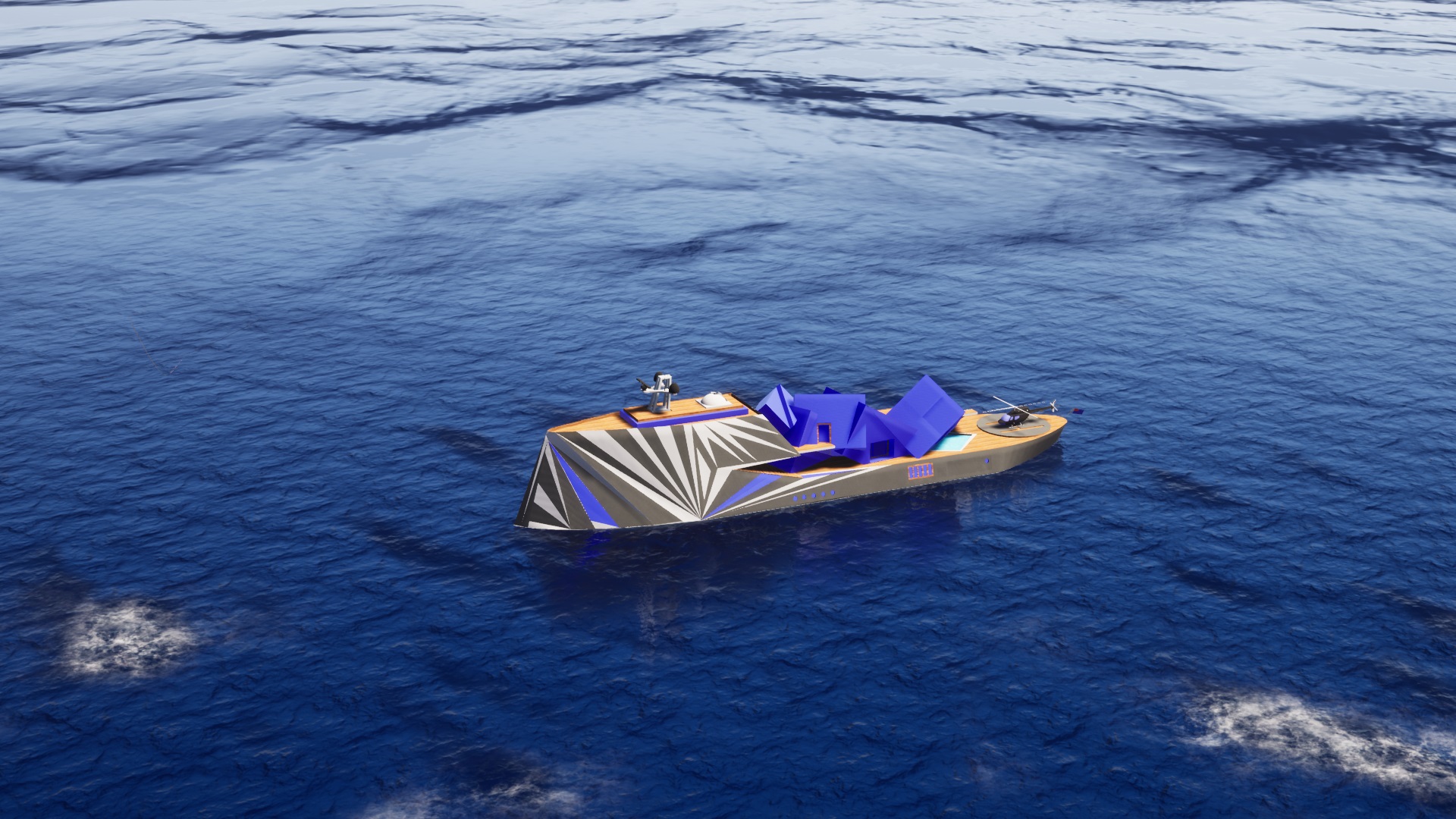 Fata Morgana aims to raise awareness of the plight of the Arctic circle and melting ice caps. 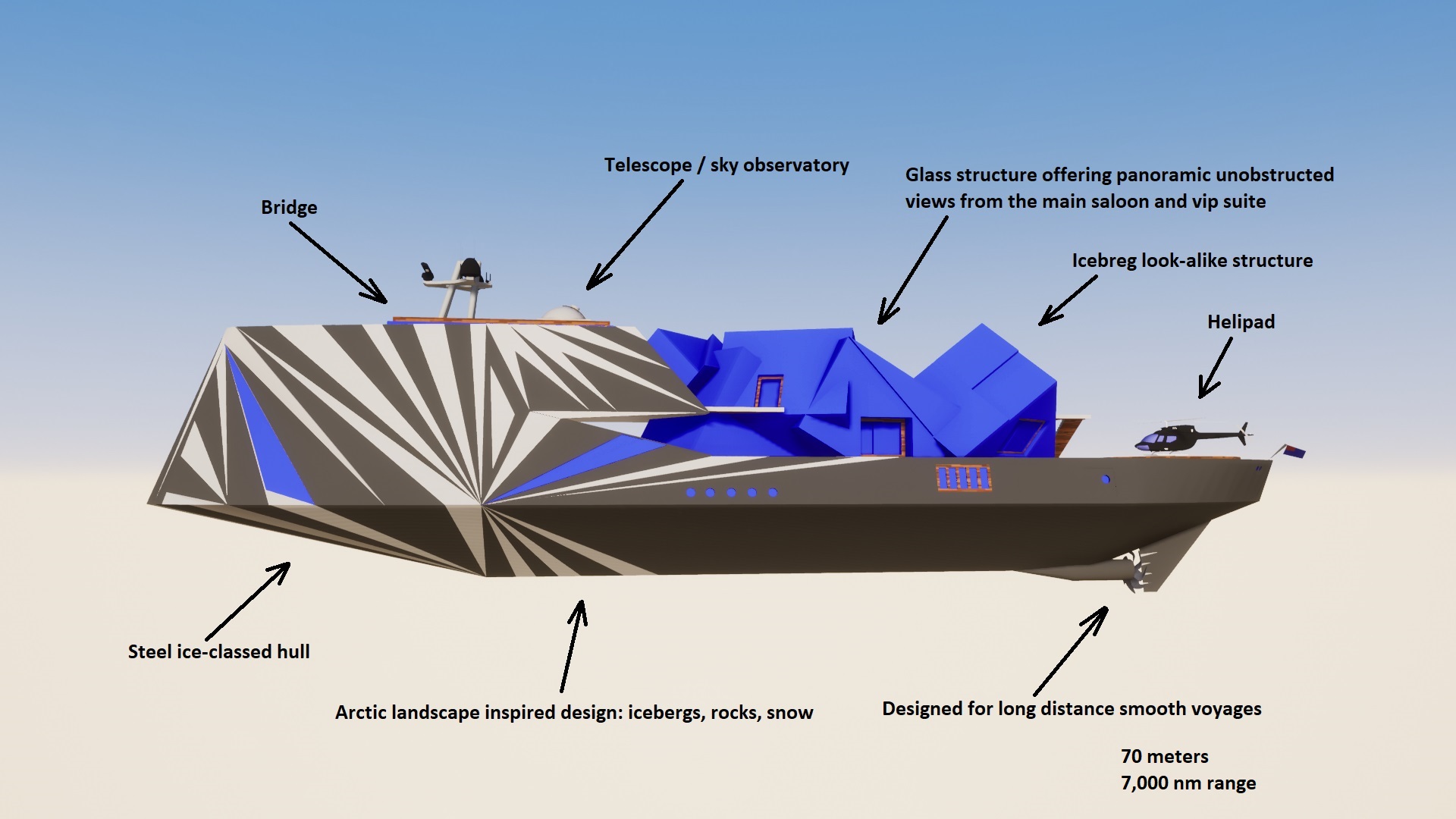 The hull of the yacht is ice classed, to be able to navigate in the arctic waters.

The glass structure of the yacht accommodates the main saloon and the VIP suites offering incredible unobstructed views of the sky and of the surroundings, being indoors while having the feeling of being outside.

The rest of the yacht has all the features of a superyacht of this size, accommodating up to 12 guests and 18 crew members, an outdoor swimming pool, a telescope/sky observatory just above the bridge deck, and a helipad.

The concept yacht will likely have a 7,000 nautical mile range and can also navigate being kite assisted for smooth long-distance travels.

“The yacht shall be equipped with devices which would constantly monitor the ocean’s temperature and composition and transmit it constantly to the concerned international organisations,” added Mr Lucian. 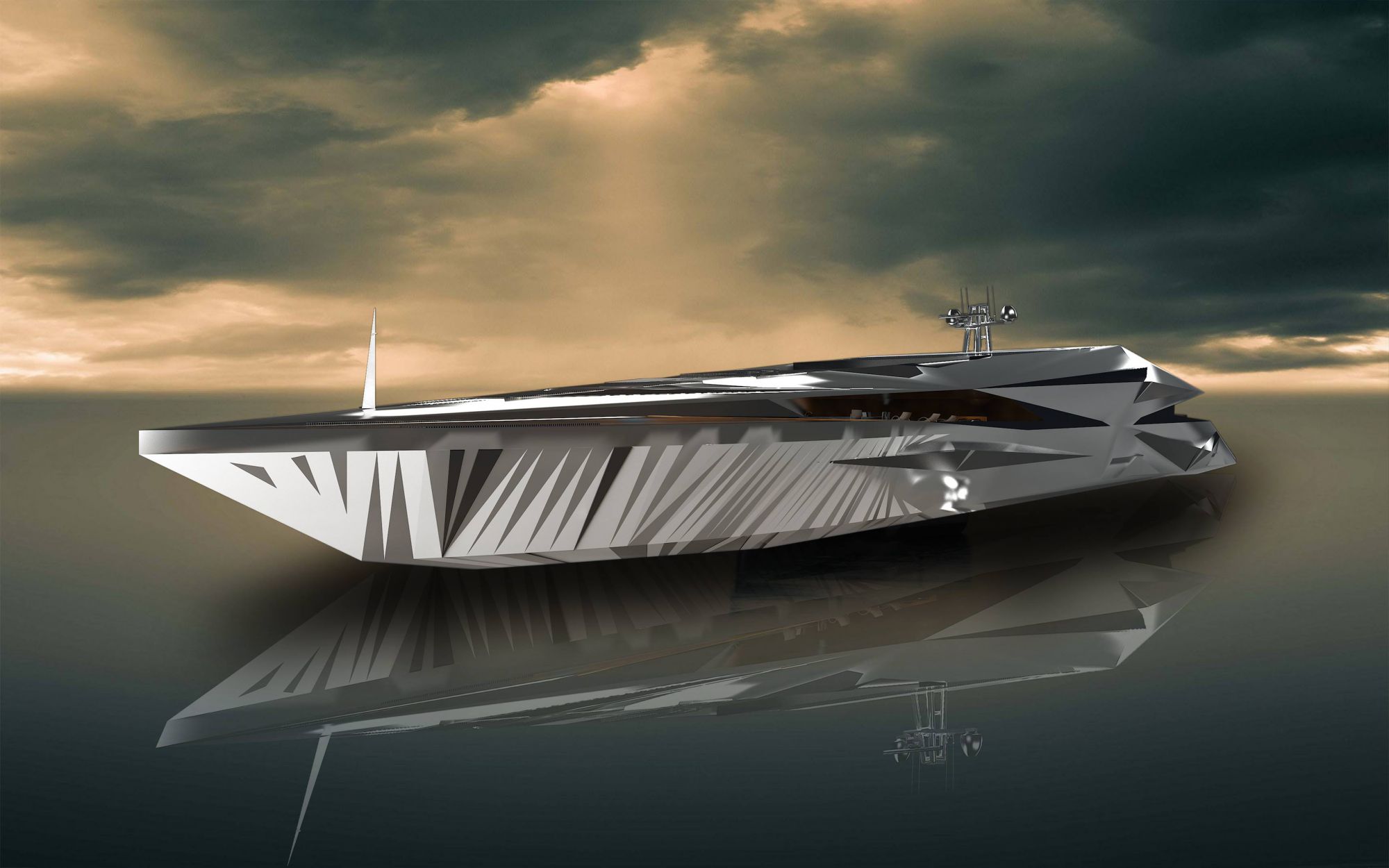 My ROSWELL designed by George Lucian.

“Everything about the yacht is thought of is such a way to be as environmentally friendly as possible, with as low as possible emissions and waste.”

Fata Morgana follows his previous designs, MY Dare To Dream, the airship carrier superyacht, SY Project Origami, the mega sailing yacht inspired by the art of origami and traditional Asian vessels, and MY Roswell (pictured above), the futuristic superyacht.