The latest vessel from Feadship, 75-metre Arrow made a dramatic debut from a special pavilion at the Aalsmeer yard.

A large crowd of Feadship personnel and invited guests joined the owner and his party on Friday 10 January for the christening and official naming ceremony of the newest member of the Feadship family.

As darkness fell, the profile of the 75-metre Arrow was dramatically illuminated to showcase her swooping lines, pioneering architectural shapes and razor-sharp bow.

Having originally left the construction hall at the Feadship yard in Aalsmeer in mid-December, this launch event was the first occasion that the nearly completed Arrow had been seen with her lighting added and exterior outfitting complete.

A smart pavilion was especially erected on the quay next to the yacht for the presentation, which began with Feadship director Henk de Vries thanking the owner for initiating a new trend. 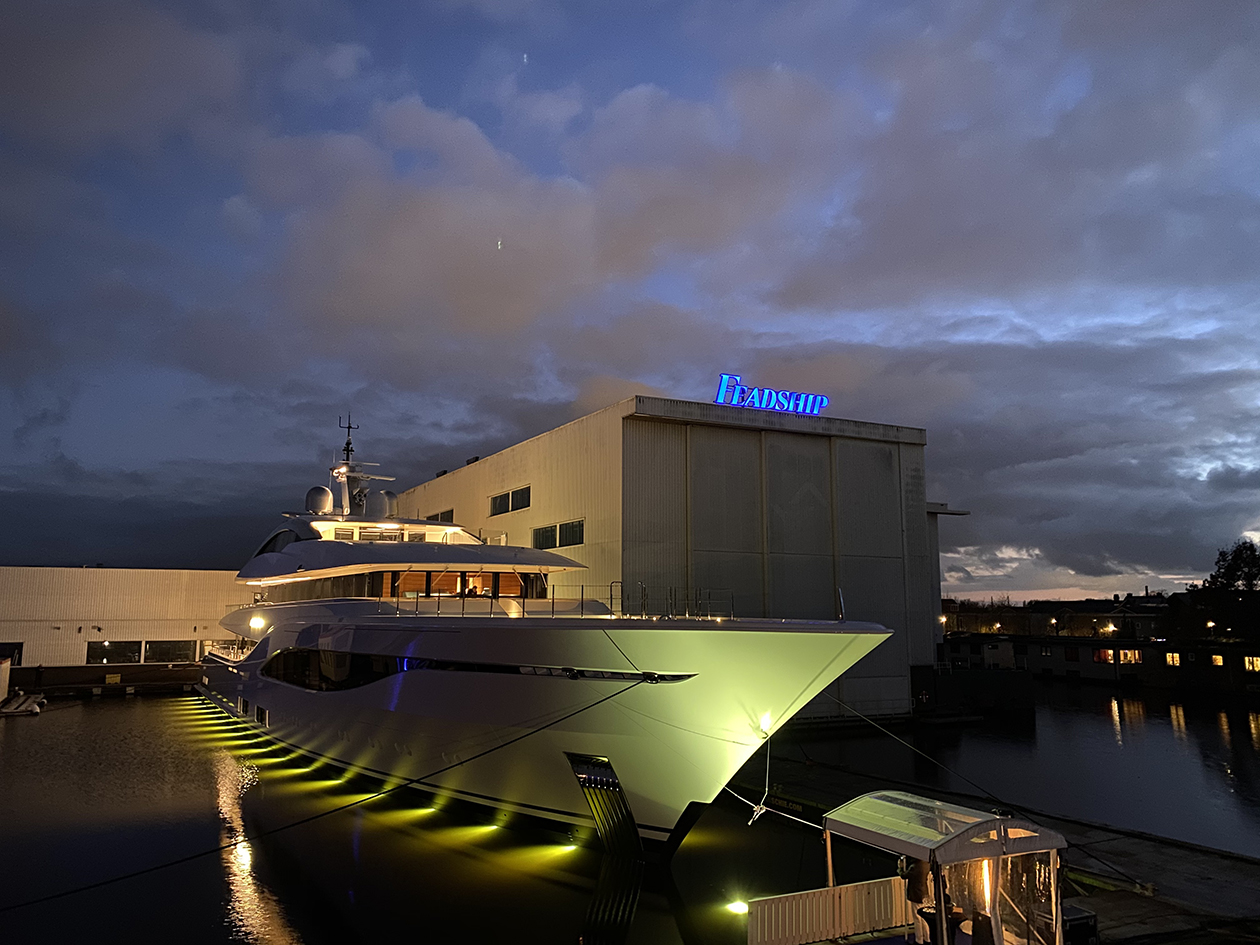 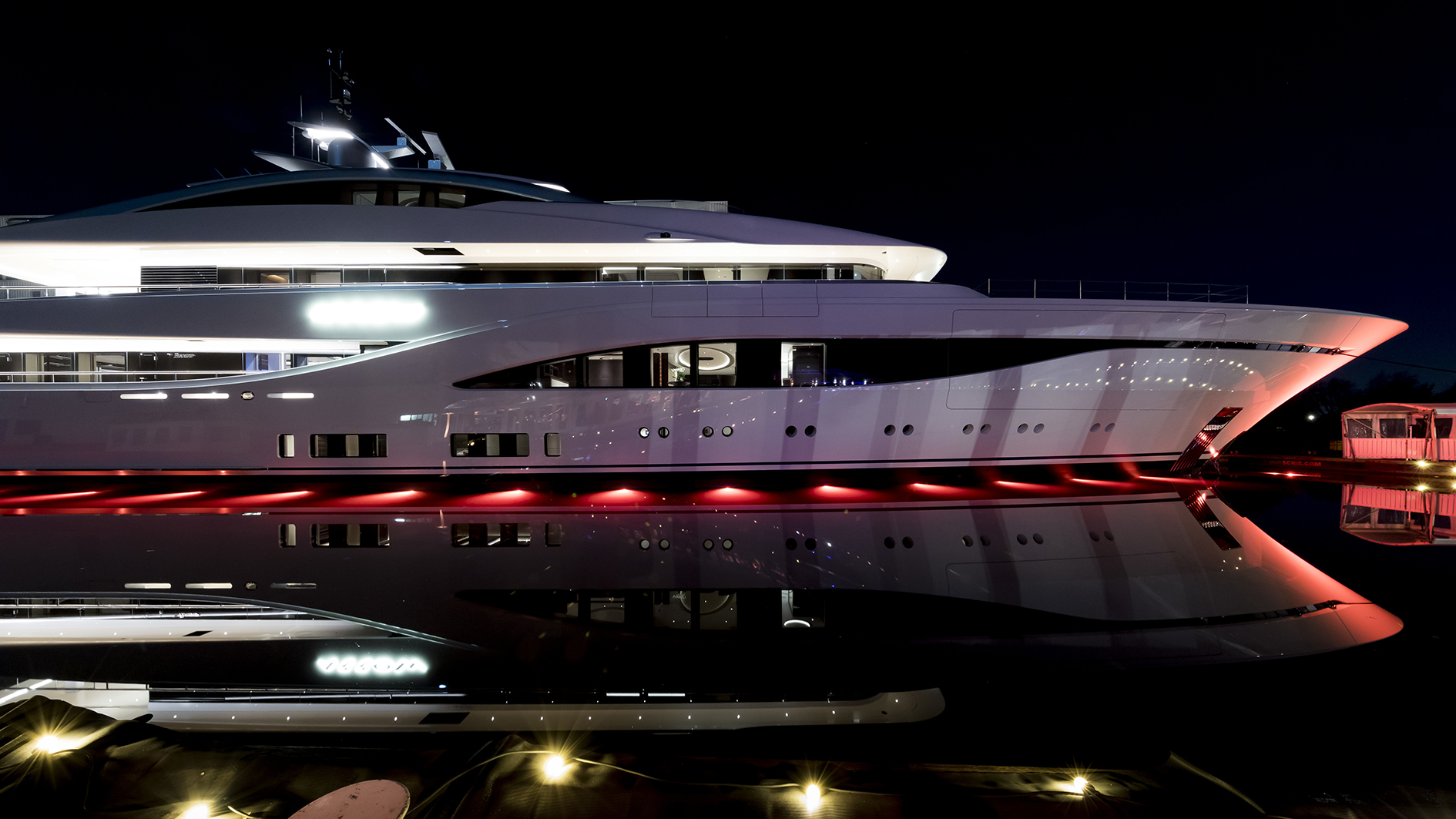 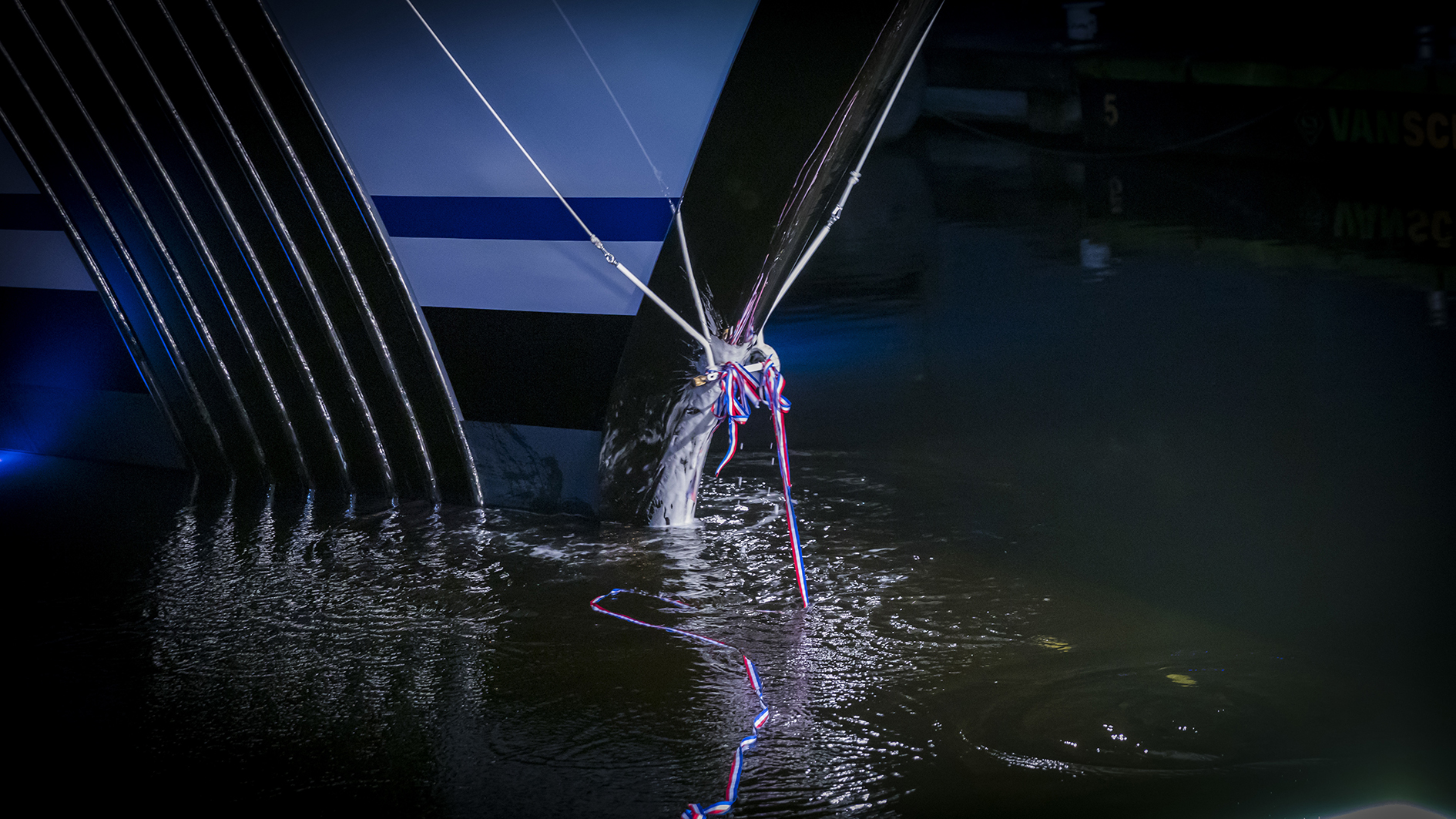 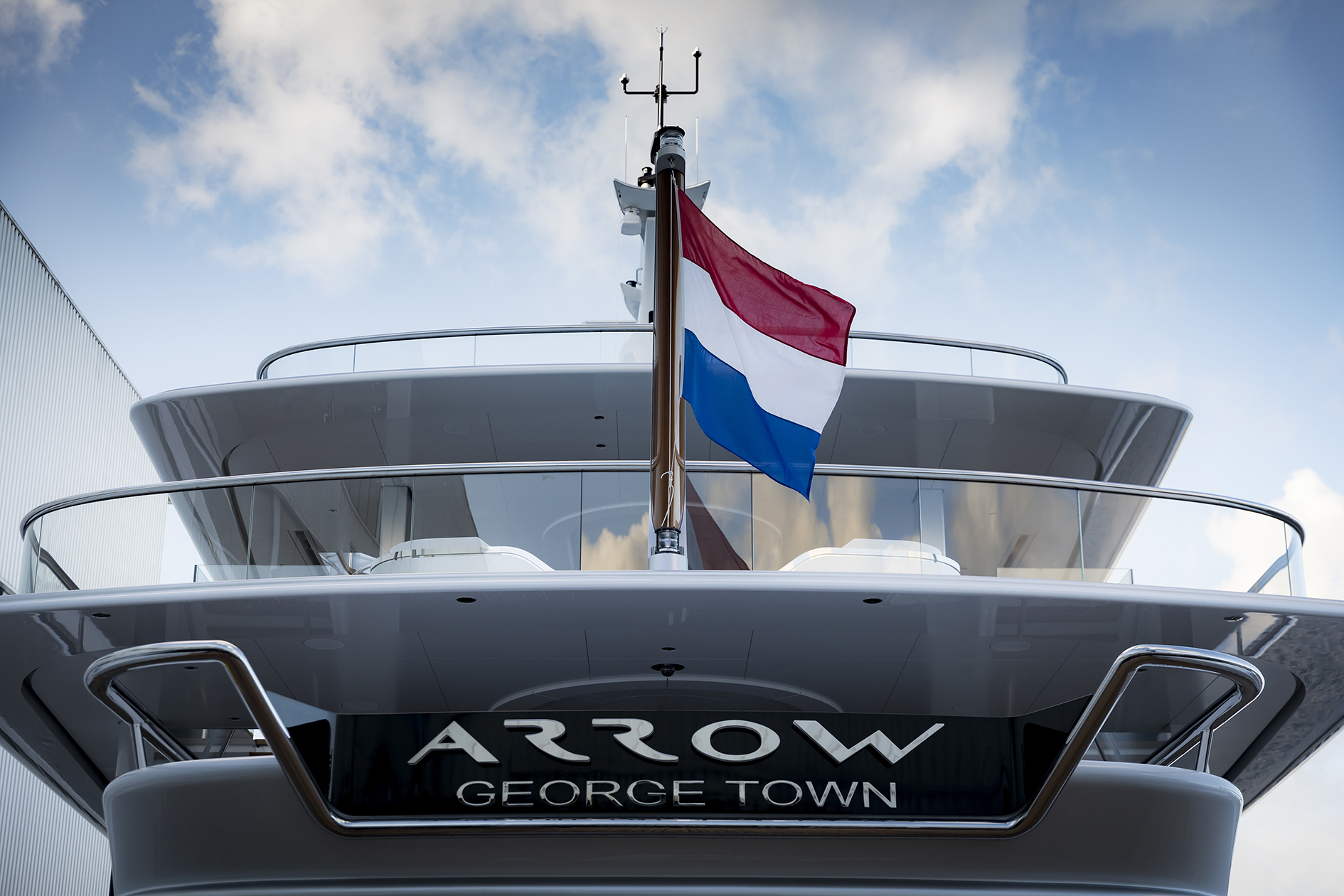 “While all Feadships are pure custom projects, there have been quite a number built recently around the 90-metre mark, considerably longer than the 60-metre spectrum that was more common a decade or two ago.

“At 75 metres, Arrow is right in the middle of this range and a trailblazer for a new and ground-breaking line of super-luxurious boats in this length. She is also an exceptional personal family yacht, quite possibly the best we have ever completed. Arrow is the perfect way for Feadship to launch into a new decade with a cutting-edge design that is very much the face of this period of the 21st century.”

After successfully smashing the traditional bottle of bubbly against Arrow’s bow, the owner admitted that this was an emotional moment for him.

“Although I had a ten-foot dingy as a child, this is actually my first real boat. I have, however, seen many other people’s superyachts in my life and have to say that Arrow is the most beautiful and amazingly executed of them all.

“Working together with Henk and the whole team at Feadship has been an absolute pleasure since the day we agreed the contract. The way everyone seamlessly cooperated to blend the exterior with the interior was an unrivalled experience for me.

“Having now seen the end result there is no doubt in my mind: the best car is a Rolls-Royce and the equivalent in the superyacht world is definitely a Feadship.”

The owner also expressed his gratitude to his build representative and the design team led by Jonny Horsfield at H2 Yacht Design. This striking Feadship will now embark on her sea trials, with more information being released at a later date.